The show, beautifully written and directed by Deborah Colker, features flexible acrobats in imaginative and colourful, insect-like costumes. It's kind of like A Bug's Life meets Dr Seuss.

This was my first Cirque experience and it sure was memorable. It's probably been about 20 years since I saw a full circus show. Aside from the wonderfully entertaining performers at BuskerFest each year, I've been missing out on some exceptional circus entertainment. 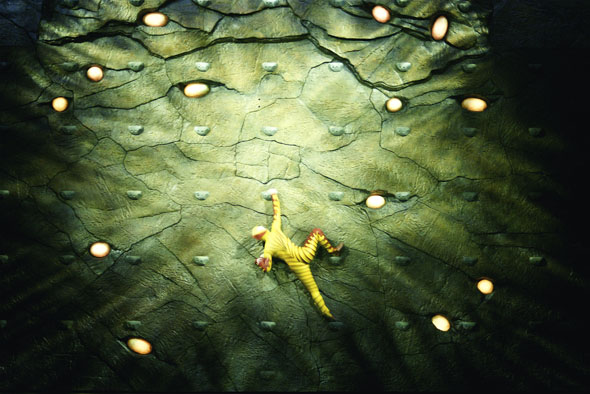 From the sheer acrobatics to the detailed, colourful costumes, impeccable choreography, and the set design, the show is impressive in so many ways. A climbing wall up high caught the performers launched from trampolines just below the stage. 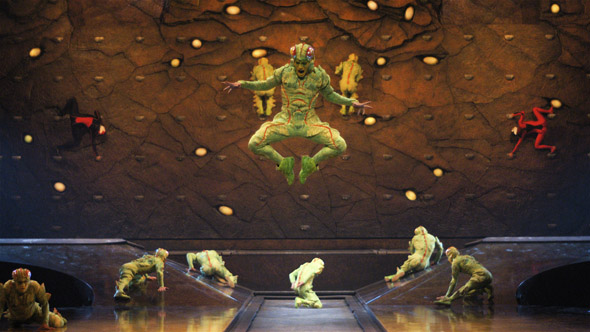 Performers popped up from holes in the stage as well, giving surprise entrances and exits of various colourful characters. 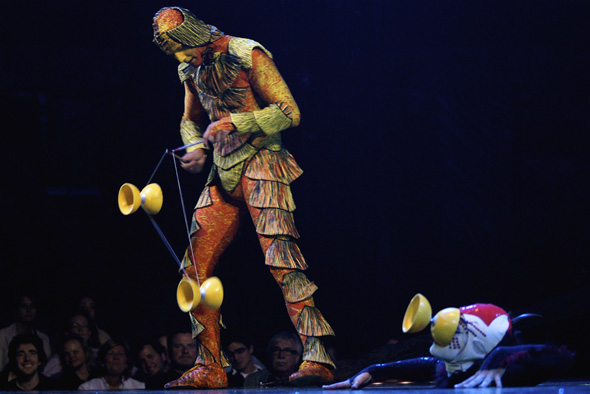 One character popped up and gave me the tongue. 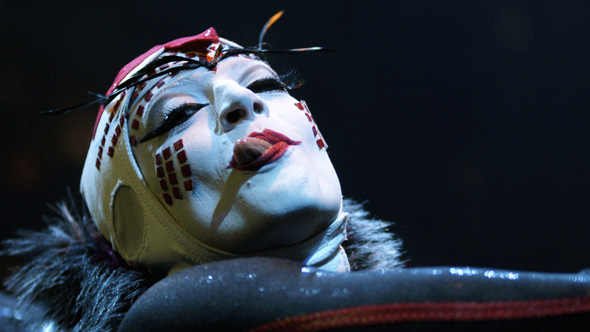 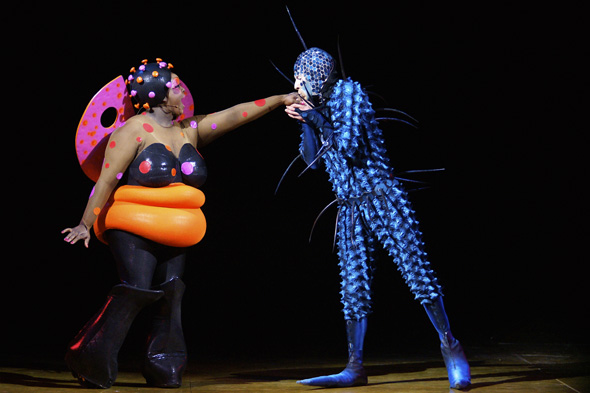 The Lady Bug character, played by Michelle Matlock, was a delight to see, flirting with the blue, spiky fly character, The Foreigner, who himself got some flirt on with some unsuspecting audience members later on in the show. 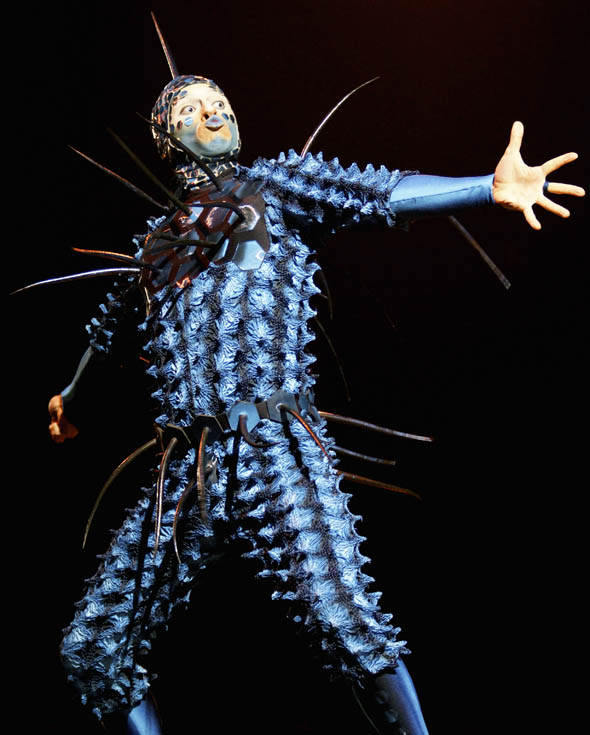 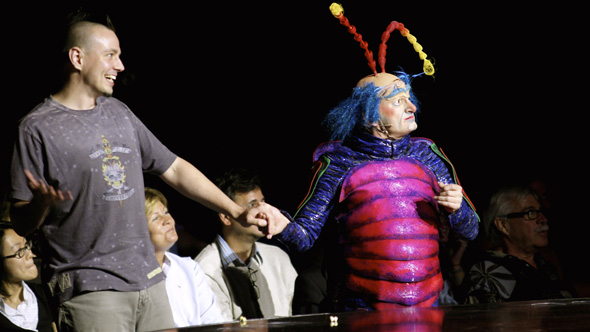 The ringleader character, Master Flippo, who reminded me a lot of Robin Williams, was amusing throughout, engaging the crowd with exaggerated movements and his colourful outfit. 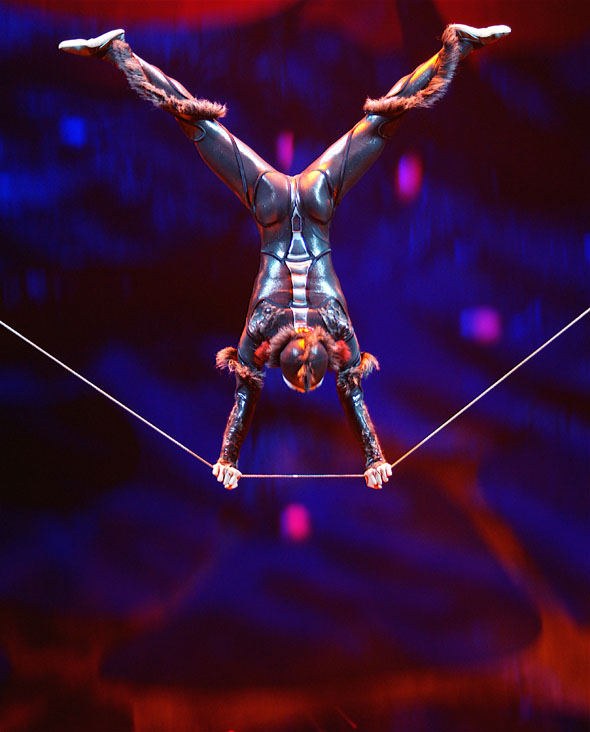 Some of the tightrope antics were top-notch. Especially the slack wire portion, performed by Li Wei. 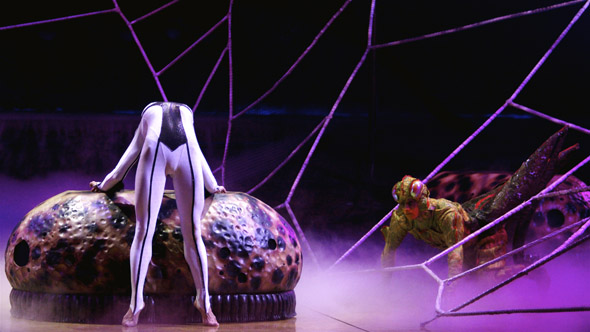 What circus would be complete without a little contortionist? This one almost fell prey to one of the creepy grasshopper characters, who seemed to make off with the giant egg at one stage. 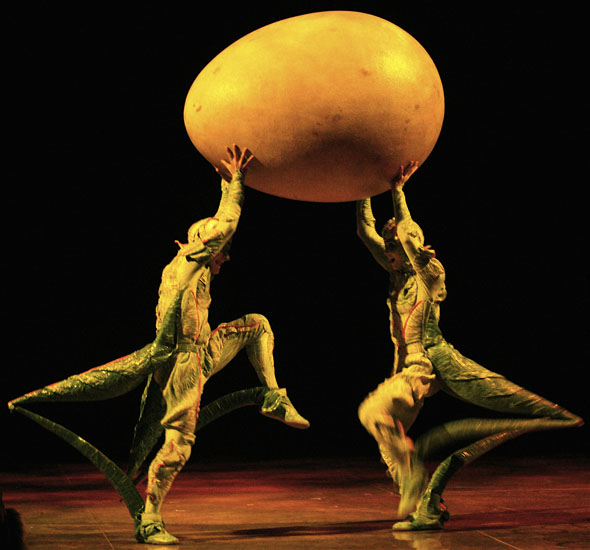 The trapeze act was flawlessly executed, making it all look so easy. 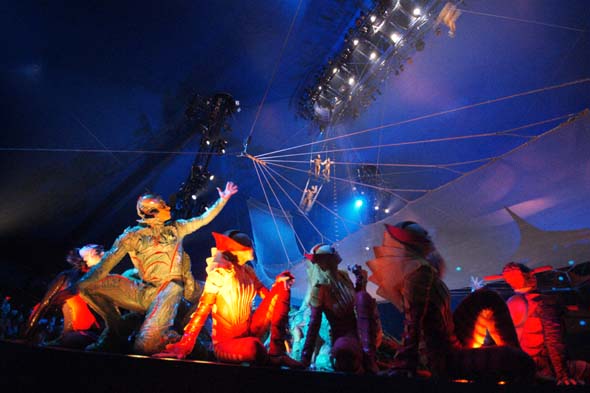 Towards the end of the show, a giant flower came out and I could swear it was scented. My eyes started reacting to that familiar allergic feeling when I'm near a fresh bouquet of lilies. They must be paying attention to all the details to elicit a response like this. 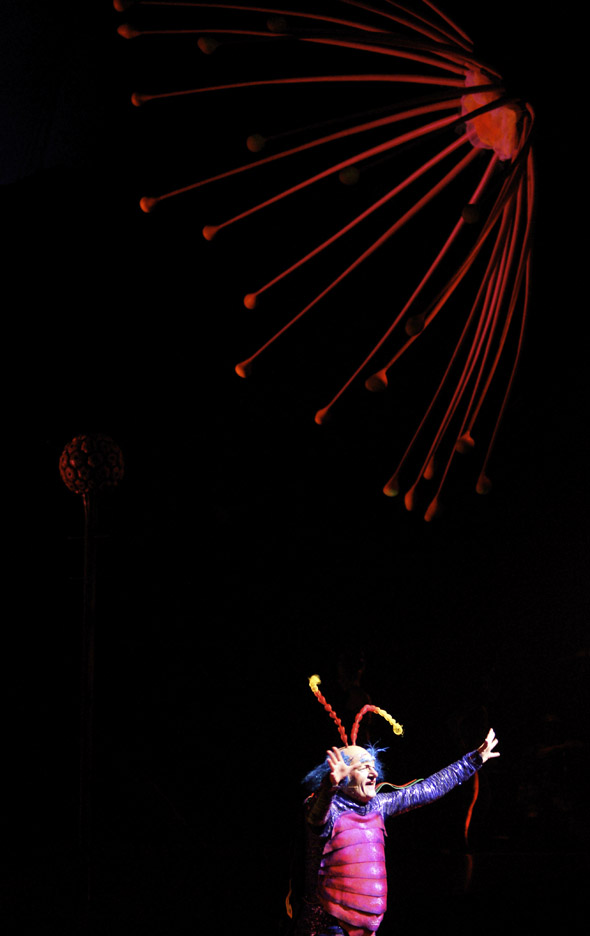 OVO is a delightful performance that I think would make for a fun date, or an evening with your mom; it's entertaining at any age. 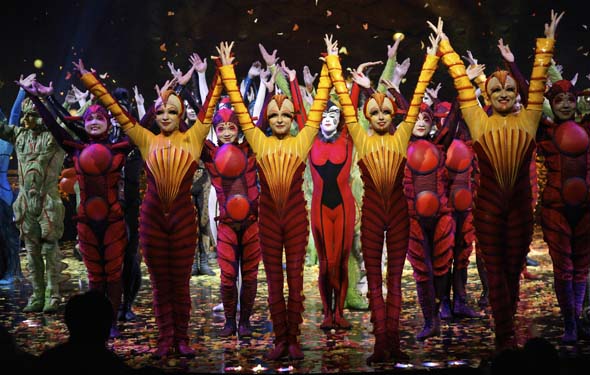 Equally impressive is how they've created a mobile circus experience that they can tour with so easily. The entire site takes up 17,000 square meters, which includes all the tents and trailers. It takes 11 days and over 200 workers to complete a city-to-city transfer of the two million pounds of equipment used in the set-up. 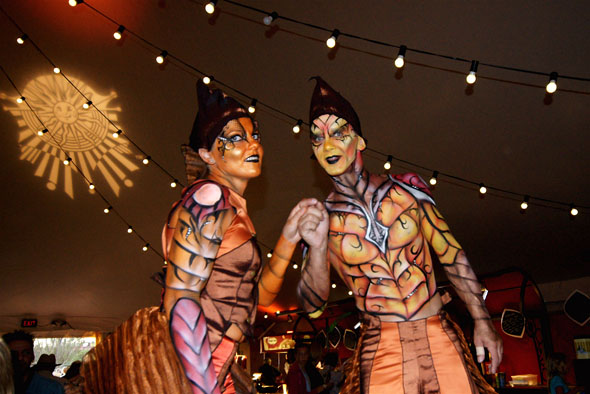 I encountered the stilt-wearing welcomers on my way out, leaving me wishing that I had run away and joined the circus. 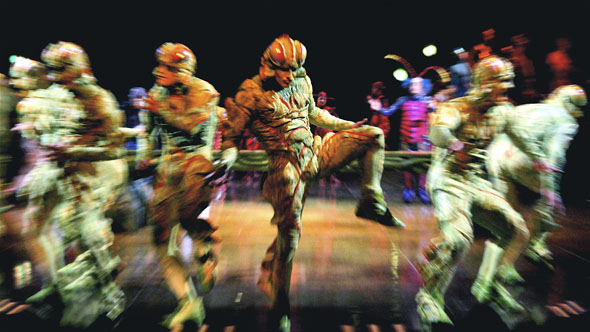 More photos from the OVO premiere in this mini slideshow below: