The Movement Project's How We Forgot Here

With a passport and customs declaration form in hand I, along with fifty other people, waited to enter the Walnut Studio Loft last night for the opening of The Movement Project's "How We Forgot Here". A security guard started checking our bags for liquids and asked us to fill out our customs forms. Funny, I never get nervous in airports and immigration but for some reason I was jittery when she grabbed my passport and asked, "Are you a Canadian citizen?"

I hesitated for a second then said no, half-wondering if there was a right answer to the question (was I going to get deported?). She stamped my passport and I was lead into what was set up to be Eagle Airlines, flight 747 to Toronto.

Running on limited engagement this weekend, "How We Forgot Here" is the first in a series of multimedia performances by a relatively new collective called The Movement Project. Comprised of artists from different backgrounds and disciplines, Gein Wong, Marika Schwandt, Malinda Francis and Helen Luu started the Project after Wong heard her friend's mother casually tell the story of how she swam from Guangdong to Hong Kong to escape China, eventually settling in Canada.

"This story and others triggered more discussions about how we all got here, how our ancestors got here, and how others in our communities got here - essentially, how Toronto was and is being shaped by movement," said actor and dancer Marika Schwandt, herself born to immigrant parents from the Carribean and Eastern Europe. "Members of our collective each have a unique movement story to tell, whether it is the experience of being a refugee, a second-generation Canadian, an Indigenous Canadian who has moved to Toronto from ancestral homelands, or a person who has lived both in Toronto and back home. 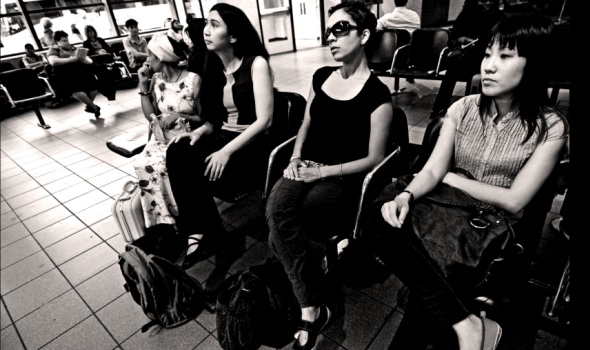 Our motivations for being in Toronto are all different and reflect both the values that we learned from our families and our own aspirations as artists and individuals."

Their stories, along with hundreds of other forgotten tales of bravery, migration, settlement and displacement are remembered through an hour and a half of theatre, film, photography, spoken word, electronic music, live video feed and Aboriginal song.

"The issue that we are concerned with is the issue of forgetting where we come from. Often, we choose to or are forced to forget important aspects of our getting-here stories. Forgetting happens for a lot of different reasons, but always the outcome is a loss of sense of self, a loss of ability to self-identify with a culture. 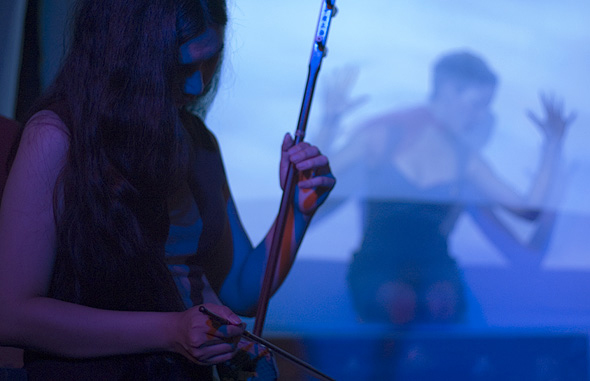 We expect to reflect experiences of Toronto back to our audiences, and to affirm and highlight the many meaning of movement and the centrality of movement to the lives of people living in Toronto - that includes everyone, not just immigrants."

For its initial showing, "How We Forgot Here" garnered positive reviews from a sold-out audience. Some of the actors were new to theatre such as Luu, a taiko drummer, but held their own against seasoned thespians Schwandt and Eva Rose Tabobondung. Personally, the highlight of the night was not the acting but the photographic slideshow accompanied by interlapping recorded interviews with immigrants spanning several generations. A recent immigrant myself, I couldn't help but get emotional as I felt like these voices on tape were telling my own story of displacement and searching for a sense of home in a new and foreign city. 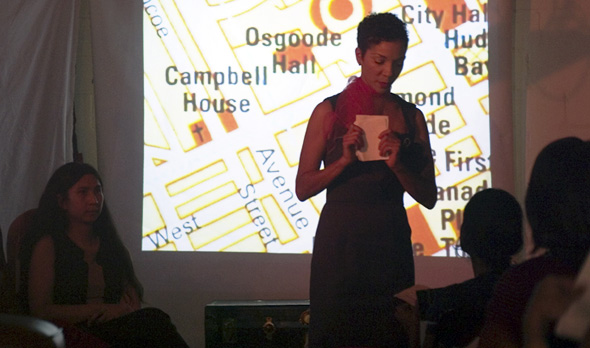 $20 at the door an hour before show time. Only 50 tickets available for each date.