In my pursuit to dispel the myth that "all contemporary dance is boring and esoteric" - (says the ignoramus who shall remain nameless), I've lined up an interview with one of the most innovative choreographers making dance in Toronto these days.

Malgorzata Nowacka is the Artistic Director of The Chimera Project, a company known for its rich, dark and powerfully physical work. Her latest creation, The Hidden Spot, is a spiked concoction of urban dance, contact improvisation, martial arts and ballet.

The Hidden Spot Premieres tonight at the Harbourfront Centre.

Q: I think it's fair to say that contemporary dance is a challenging art form to sell to the general public - more so than theatre or contemporary art. To those who have never seen a contemporary dance performance, what would you say to convince them to test the waters with 'The Hidden Spot'?

A: The Hidden Spot is the perfect way to test the waters of contemporary dance, as it has three great things going for it:

1. The theme: The Hidden Spot is about finding a mysterious spot of faith by going through conflicted states that universally stand in the way, such as the self or societal constructs. It's about a beautiful mystery, the seeking of which is an act of faith in itself.

2. The Execution: The Chimera Project is known for having a very unique, raw, edgy, and energy-charged movement language. The dancers are a highly sought-after group of Toronto performers, and are the super-stars of contemporary dance. This means the execution of the work is EXCELLENT. In all caps.

Q: I am curious to know about your creative process and the stages of development behind The Hidden Spot. Was the process much different from how you traditionally work?

This process was particularly adventurous. For the past three years I've been aiming to push the boundaries of the company's artistic expression. Specifically looking at the boundaries of speed (how fast can we move?) and those of personal space. As dancers and as people we have a lot of preconceptions of those boundaries, which come into play while partnering. In this process we achieved a new level of non-censorship, which took us into a wild and uncharted territory. 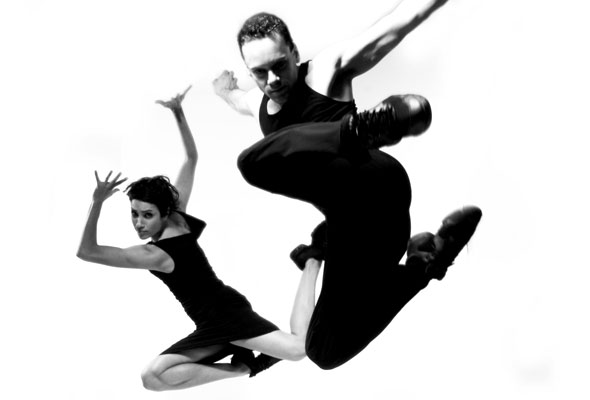 Q: Paula Citron made an intriguing statement in her preview of the Hidden Spot in Toronto Life. She said your "interest lies in religious faith's collision with voluptuousness". What does this mean to you?

A: There is a section in the work that deals specifically with that idea. It refers to the "censorship" of sensuality and natural human impulses within certain religious belief structures. Yet the more one aims to subdue sensuality, the more the desire for it rises and a collision ensues. This is inspired by the Catholic school experiences of two of the cast members. It was fascinating to recall how the lengthy, sometimes daily, and always vividly detailed descriptions of what not to do not only informed us about the range of possibility of what could be done, but also kept the forbidden actions in the forefront of our attention. Our experiences are not meant to be a universal statement, or any form of disrespect towards the Catholic faith.

Q: In Greek mythology, Chimera was a hybrid-monster with the head of a lion, the body of a goat and the tail of a serpent. Where does Chimera Project come from?

A: The word Chimera also has two more great meanings:

1. Biological:
- An organism, organ, or part consisting of two or more tissues of different genetic composition, produced as a result of organ transplant, grafting, or genetic engineering.
-A substance, such as an antibody, created from the proteins or genes or two different species.

2. A fanciful mental illusion or fabrication.

In The Chimera Project we deal with various "fabrications of the mind" and then merge them into a new entity, in essence constructing the Mythological Beast. I like the biological meaning of the word, as we are all biological in essence, and merged together as a company we are a metaphorical creation of various genes and organs. The fact that Chimera means these different things echoes the complexity of the company. It's smart, but totally entertaining. It's athletic, but has sections of stillness and pure theatre. The dancers are exquisitely mature artists who are able remove their inhibitions and literally play with complex ideas with complete freedom.

The "project" component of the company name reflects the nature of the company. A project implies something that is constructed, built, refined and worked until it achieves excellence, and that's in essence what the company is about.

For future projects please join our mailing list by visiting www.chimeraproject.org, to be posted as soon as they become officially revealed!