The rules of the night were simple: each presenter had 6 minutes to talk about their work in the context of theme "error" using only 20 slides and the audience had to wait until the end to ask questions. Short, sweet and to the point.

The presentations ranged from fascinating, to hilarious, to complete geek chic. My favorites of the night were Michael Cook, Team Macho and Brian Richer and Ryan Taylor of CASTOR. Overall everyone's work was superb, but I thought their presentations were the most engaging and accessible. 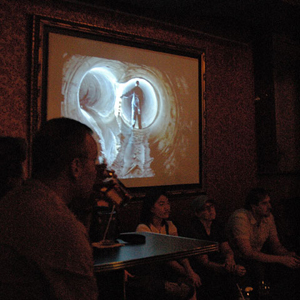 Cook took the audience on a detailed tour of the underground landscapes of Toronto, Hamilton and Niagara Falls and I could have gone on in my ignorant bliss without the fact that there's sewage overflow from cross-over pipes in our water. Exploring water and sewage drains isn't for everyone, but curiosity was satiated with his awesome photography.

The boys of Team Macho (Lauchie Reid, Chris Buchan, Nicholas Aoki, Jacob Whibley, and Stephen Appleby-Barr), had the crowd in hysterics explaining their altered-state ideas and the unfortunate aftermaths: aching muscles from hours of inking meticulous blades of grass to creating a life like sculpture of Chris Buchan that ended up in the trash with a clients $22, 000 drawing stored inside the head, (later rescued in a dumpster dive). Their work is a bastardization of innocent imaginings and truly brilliant. 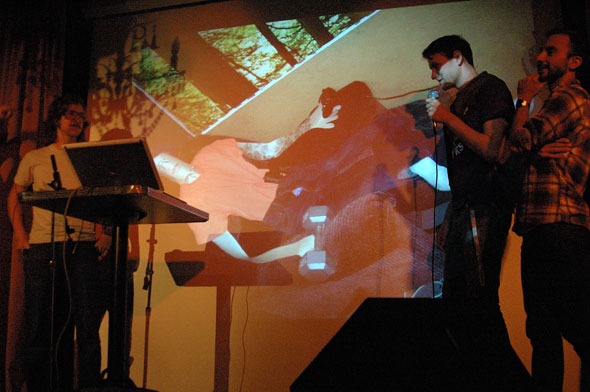 The design minds behind Castor (Brian Richer and Ryan Taylor), boggled mine with their fabricated installations and very-one-of-a-kind objects. I'm a little hazy on the details they shared because I was ogling the slides, but I can tell you I would kill to have one of their Credenza'a carved from a single piece of limestone and "This is not a f**ing Droog light, light" installed in my studio.

UPDATE: The next talk20 Toronto event "interactive" is slated for NOVEMBER 1, visit their website to get involved.