Yesterday was the first Thursday of the month and because it coincided with the opening of the CONTACT Photography Festival, that meant many galleries were having their opening night party.

A lot of the action was along Queen, west of Ossington including dip and drinks at Thrush Holmes (pictured above). But I started my evening on Morrow Avenue, an industrial sidestreet off Dundas near Roncesvalles where three galleries packed 'em in early in the night. 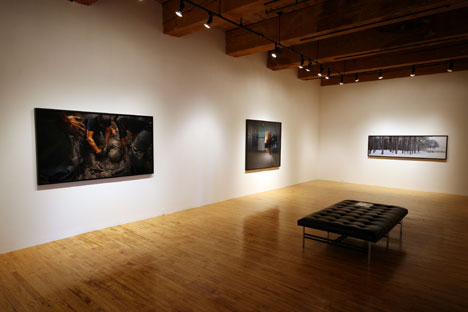 First up was the Christopher Cutts Gallery. There was already a crowd there when I arrived shortly after 7pm, but thankfully they were all crammed in the room with the bar which allowed me to take the shot above that makes the gallery look seemingly undisturbed.

The photographs on the walls were from Carlos and Jason Sanchez of Montreal. The exhibition is a diverse collection of theatrically staged photographs, each depicting the uneasy, uncomfortable or even tragic moments of everyday life. 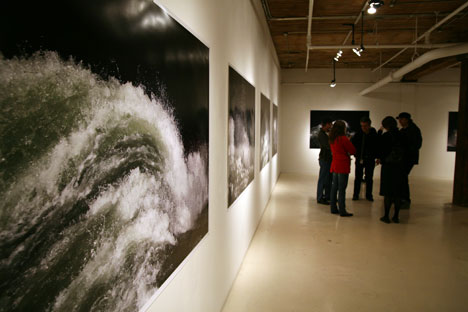 Outside and down the stairs at Peak Gallery I was greeted by Andrew Wright's larger than life series of shots of ice chunks and waves in the Niagara Gorge. Now I know Andrew. He's a brother of a friend of mine and plays a mean keyboard at weddings. But beyond that he's a talented artist so it's nice to see him with a show at CONTACT This year. 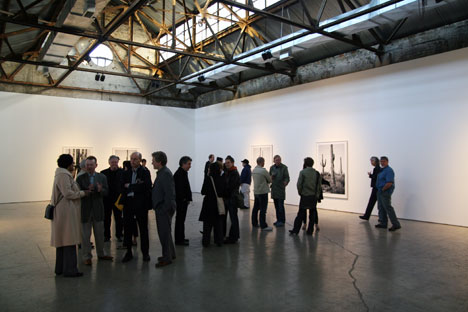 Rounding out the opening on Morrow Avenue was Stan Denniston's series of cacti at the Olga Korper Gallery. It was enough to transport me back to New Mexico if not for the familiar industrial context of the gallery - one of my favourites in the city. 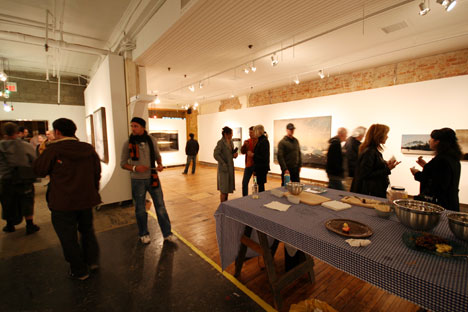 Later, after polishing off a plate of fish and bok-choy I braved the crowds on Queen at Thrush Holmes to check out Joshua Jensen-Nagle's Pretty Pictures. This seemed to be the spot where the D-List crowd was hangin' out, not at all envious of some of their peers who were undoubtedly helping themselves to somewhat more impressive catering at the Power Ball. 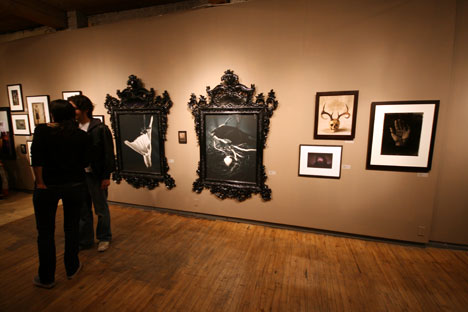 Across the street is was a packed house at SPIN Gallery where a DJ and half of the folks I just saw at Thrush Holmes were throwing back cocktails in front of the eclectic collection of photographs (and frames) for a group exhibit called Dark. Whoever curated this one definitely doesn't ascribe to any minimalist approach to art presentation. 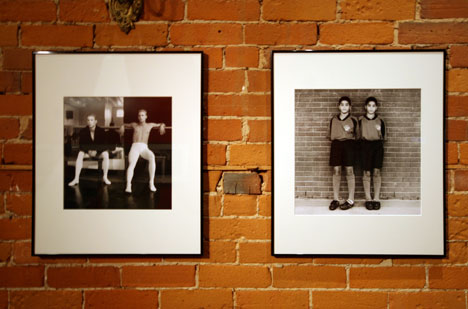 My final stop for the night was the Gladstone Hotel. Downstairs in the Art Bar, Pierre Dalpe's Personae show was one of the more intriguing I've seen at CONTACT so far. The artist presents a collection of photographs that are worthy of a double take. Like the photos above, each shows the subject two or three times, orchestrated and digitally manipulated to reveal their different feelings and desires. 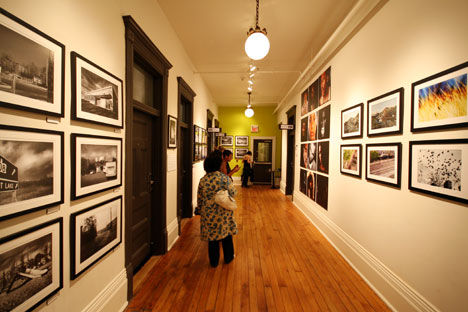 Upstairs on the second floor, I ended the night with a Steamwhistle ducking in and out of rooms at the Speakeasy annual photography show. There was a whole range of stuff here including Steven Cline's Constructed Realities which comes with an audio guide that's also posted for one of the photos on his web site.

Unfortunately, I completely overlooked the fact that there was a separate exhibit on the 3rd and 4th floors so I'll have to go back for another look.

Tonight: One last reminder of the official CONTACT opening party at Brassaii which features blogTO's A Constructed Image of Toronto. Tomorrow is a massive slate of other openings. One I'm definitely going to check out is Sean Galbraith's DKonstruction at art101 Gallery.