Another year, another low-cost airline entering the Canadian market with deals that seem almost too good to be true... until you consider that it can cost less than $50 to fly between most major cities in Europe.

It's long been understood by North American travellers that getting across the ocean is pricey, but worth the cost because of how cheap it is to travel regionally overseas.

Sure, you might spend a grand getting to Berlin, but you can go from Berlin to Barcelona for... *checks Ryanair and easyJet*... just over $30 CAD.

From there, you could fly to Paris for $19, Lisbon for $25, London for $31, Budapest for $36, Dublin for just over $14... you get the jist. It's cheap to fly within Europe, but first you need to stomach the cost of flying there from Canada, and that expense can be great, depending on when you fly and with which airline.

Enter the Reykjavík-based airline PLAY, a low-cost carrier that has been operating flights between Iceland and Europe since 2019 and, today, announced that it will soon be extending service to Canada. 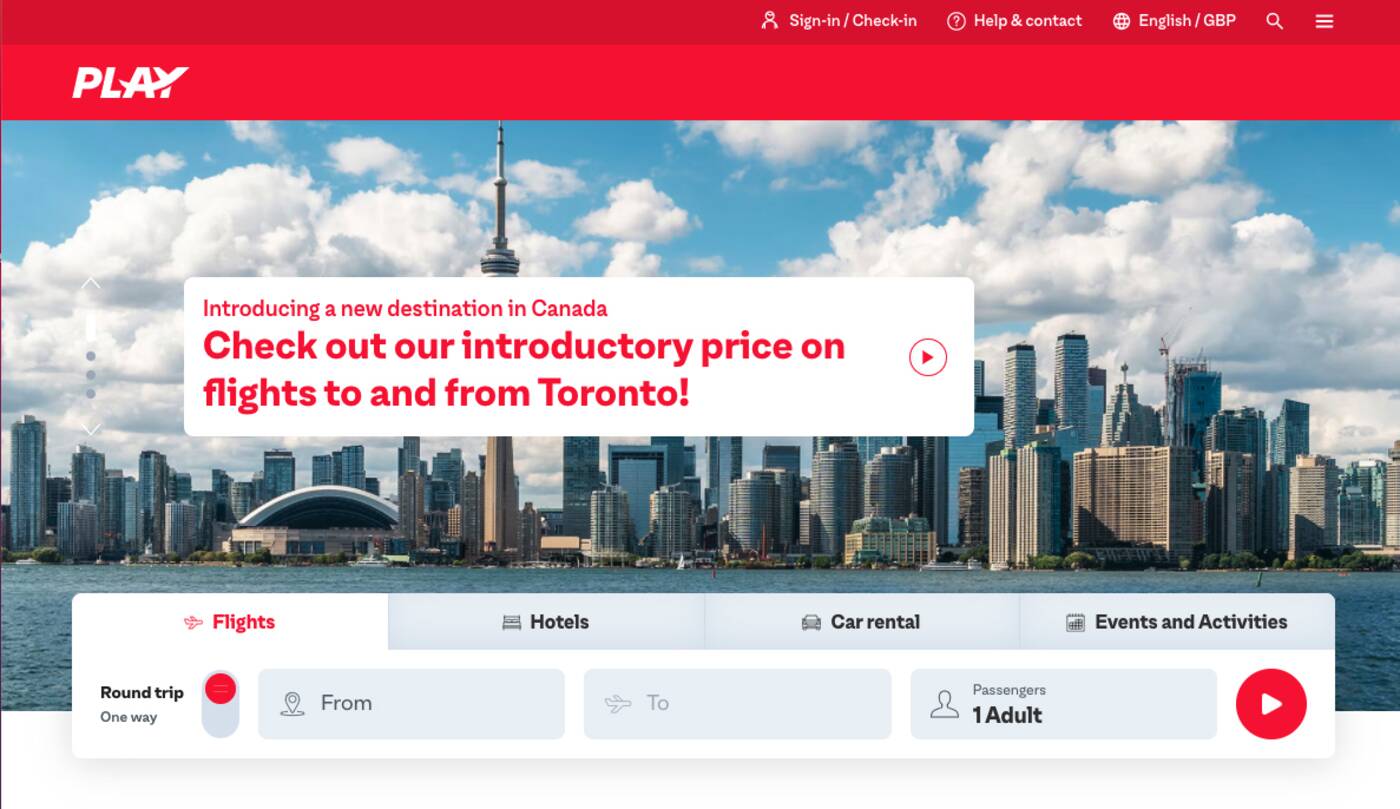 PLAY is launching service in Ontario this coming June, but won't be flying out of Toronto as billed. Rather, the Icelandic airline will use Hamilton's airport as a base. Screenshot: flyplay.com.

The airline's first flights to Europe from our home and native land are slated to take off on June 22, 2023, for as low as $129 a pop during a special promotional period — but there's a catch: You'll need to drive to Hamilton.

Many would say it's worth the time and cost of hopping on a GO Train to Hamilton for the prices PLAY is offering, especially during its first few months of service.

"To celebrate its inaugural flights from Canada, PLAY is offering travellers tickets for as low as $169 to 13 destinations across Europe, including Berlin Brandenburg (BER), Brussels (BRU), Copenhagen (CPH), Dublin (DUB), Göteborg Landvetter (GOT), London Stansted (STN), Paris-Charles de Gaulle (CDG) and to Keflavik (KEF) for only $129," said PLAY in a release.

"This deal is valid for the Canadian departing flight of a roundtrip booking for flights scheduled between August and October 2023. The $129 and $169 price is inclusive of all mandatory taxes, fees and carrier charges, and is available today through Jan 31 at midnight Eastern Time."