Fall colours in Ontario are starting to arrive now that summer has left us. With fall officially underway and sweater weather arriving in the province, it's time to start tracking the colourful transition of changing leaves.

Toronto is still looking pretty green as of September 22, but you don't have to look far beyond the city on the Ontario Parks Fall Colour map to find vibrant fall colours.

Areas represented as shades of green and yellow on the map range from 10 to 30 per cent leaf colour change, which currently accounts for most parks shown. 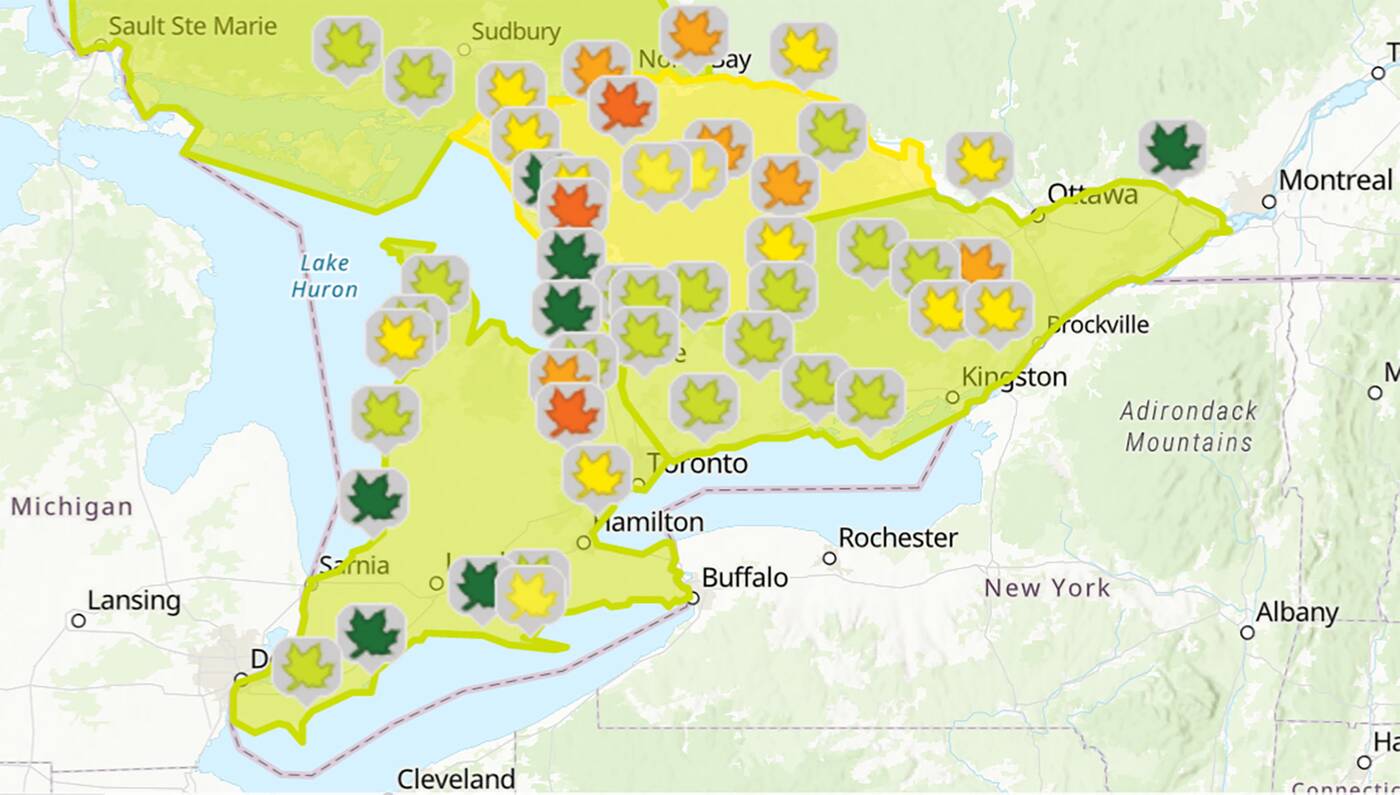 Colour change and leaf fall occur depending on a range of factors, most notably temperature, but also moisture, frost, wind and precipitation.

There's lots to see and do at @BonEchoPP!

Though fall colours typically don't peak until October, places like Forks of the Credit and The Massasauga Provincial Parks are already at 40 per cent colour change, though parks closer to Toronto are still a few weeks away from peak viewing conditions.

Wondering where you can go to see awe-inspiring fall colours, hike to breathtaking lookouts, and avoid large crowds?

Other places like Algonquin Park – which sits at an elevation of approximately 600 metres above sea level — witness fall colour changes earlier than surrounding lower-lying areas.

If you're making your annual trip to see @Algonquin_PP's #FallColours, read this first.

The interactive Ontario Parks Fall Colours map will continue to update as the season progresses, so keep a close eye if you're looking for the perfect time to plan your visit.