Campsites, parks, and beaches across the province are busier than ever this year, and it's resulted in a "disappointing increase in accumulated garbage," said Ontario Parks.

The organization took to social media last week to share photos of some shocking messes, including empty bottles of alcohol and plastic cutlery in Algonquin Park, and trash scattered all over the ground at Wasaga Beach. 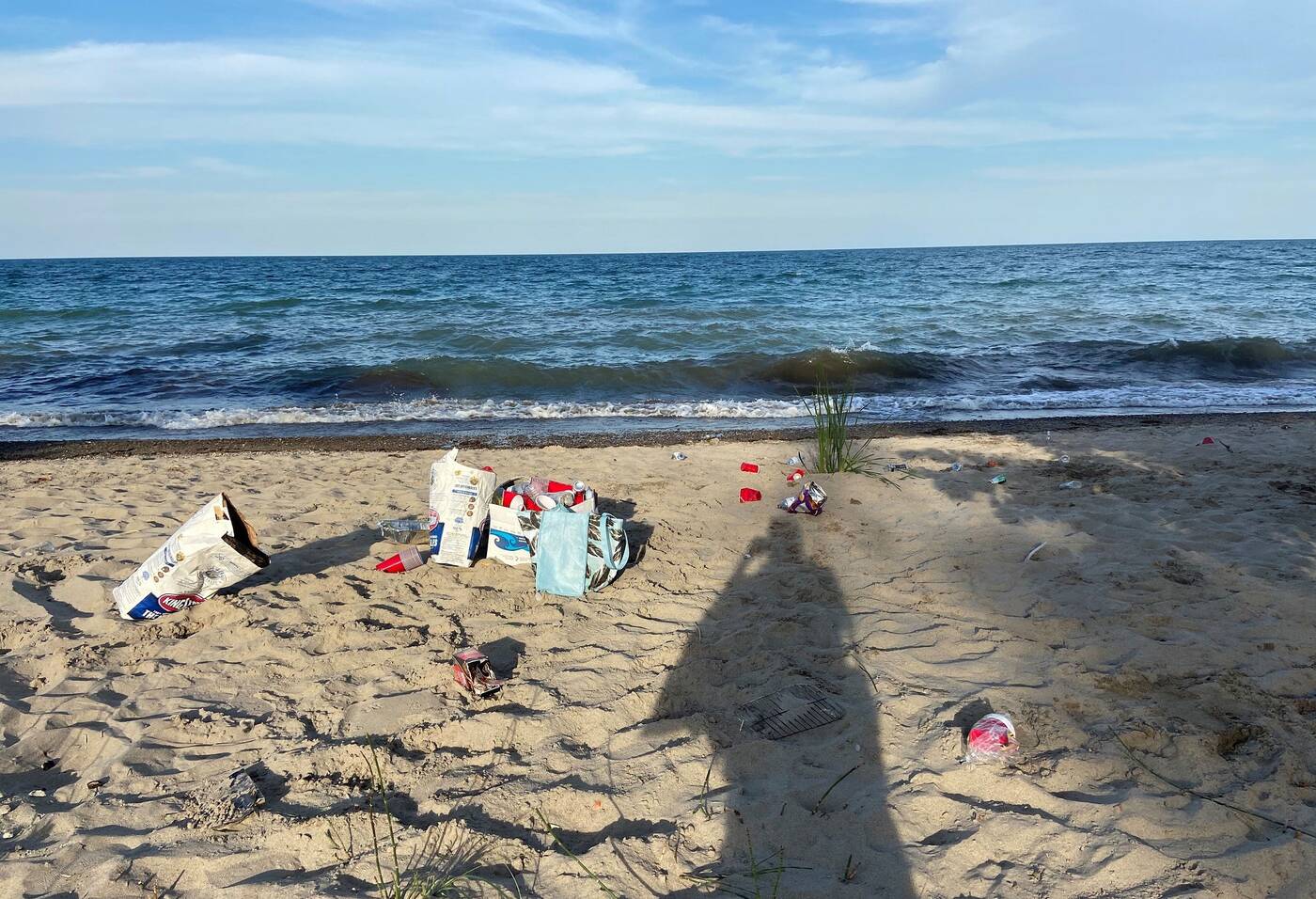 One picture showed a mini-fridge that had been left behind in Presqui'ile Provincial Park, with a jar of pickles, a bottle of maple syrup and — naturally — a whole bunch of maggots inside.

"Visitors who come for just the day may leave even more behind, as they bring everything for a disposable family barbecue, including disposable cups, plates, cutlery, tablecloths, wrapping and containers," said a spokesperson for Ontario Parks.

We are so happy to welcome visitors to Ontario Parks…

…on the other hand, we are not so delighted to see the garbage accompanies them.

Here's the proper way to dispose of trash in parks: https://t.co/vexRUI1K5H pic.twitter.com/JDjL8jMaBm

"A lot of these items end up scattered on the ground."

The most common items left behind: single-use plastic bottle (the solution: reusable water bottles) and big items like tents, barbecues, tarps and shelters, which Ontario Parks says adds up fast. 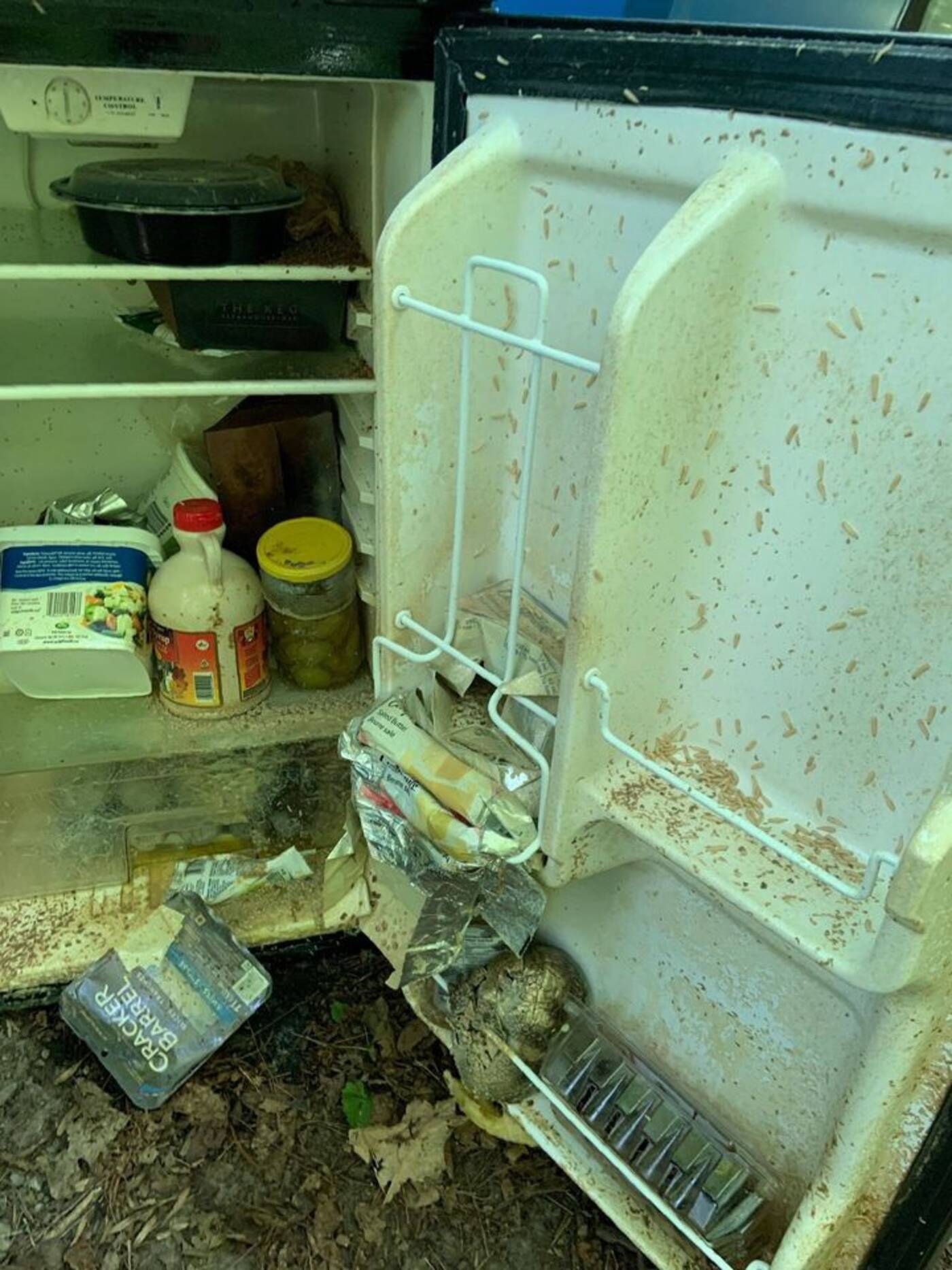 A full fridge was left behind on a campsite in Presqui'ile Provincial Park. Photo via Ontario Parks.

But the worst culprit might be cigarette butts, which are "small, unsanitary, and can cause serious problems." They're also non-biodegradable and chemical-filled, with plastic fibers that don't break down organically.

"Cigarette butts have a huge impact on our wildlife, as they can be highly dangerous if swallowed by animals."

Leaving garbage around the day-use area or campground can invite wildlife to become pests.

Campsites and other areas in the park must be kept clean at all times to minimize human-wildlife conflict. https://t.co/vexRUI1K5H pic.twitter.com/nlCXWxiLHM

Washing dishes in sinks or at water taps isn't allowed nor is flushing non-flushable items, which can cause plumbing emergencies. Whoever tried to dispose of the baby diaper down a toilet at Port Burwell clearly didn't get that memo. 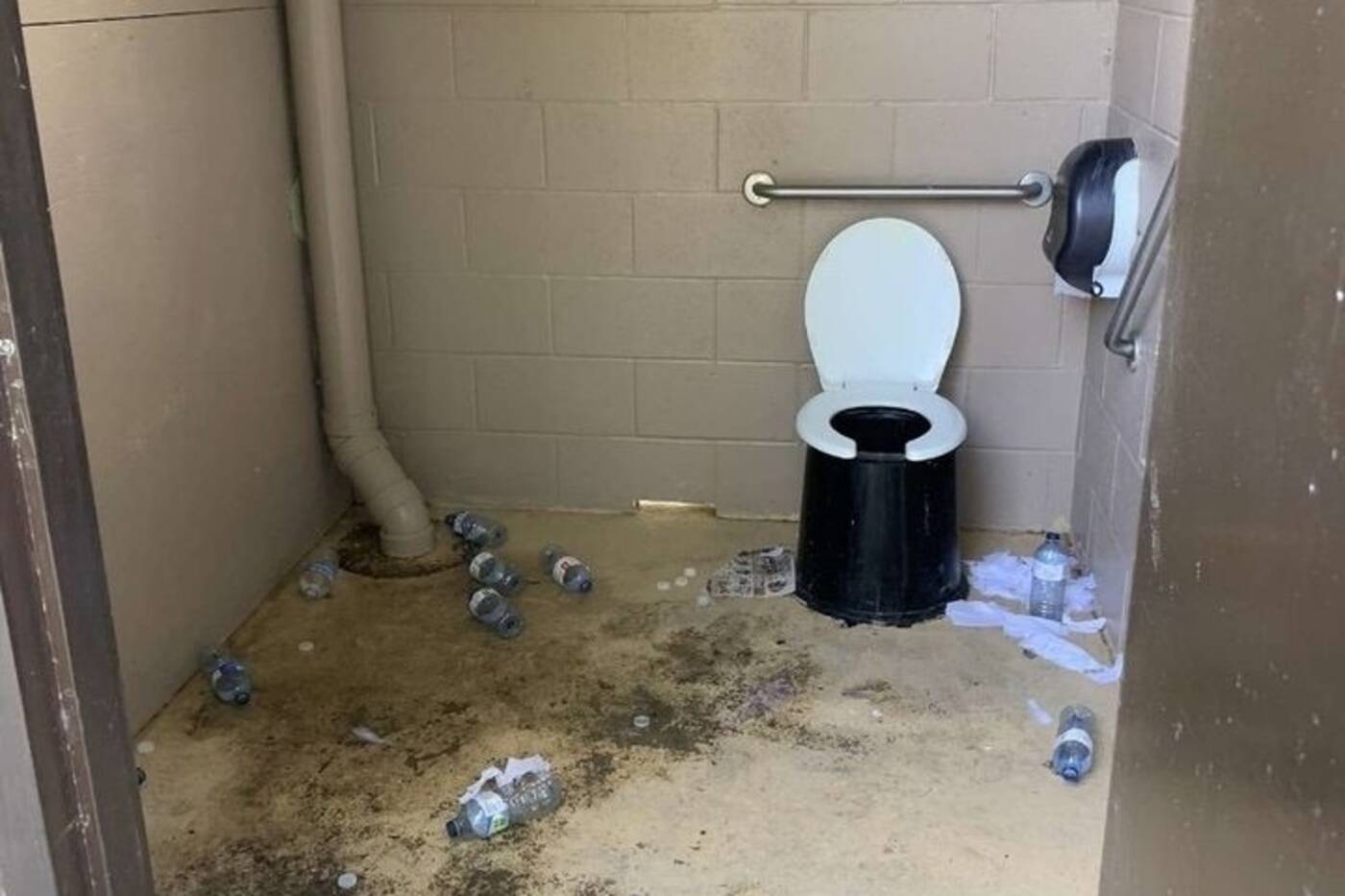 All parks across Ontario are equipped with garbage receptacles, which are monitored daily, if not more regularly throughout the day in busy areas, but it's up to visitors to use them.

The park organization recommends checking out their blog to learn more about proper trash disposal and about camping with the leave no trace approach.

As park-lovers, it’s our responsibility to dispose of all our garbage correctly.

As you say goodbye to your day-use spot, do a sweep for trash.

Make sure to dispose of everything you find at the recycling and garbage cans available all over the park. https://t.co/Lt7RpCKmuf pic.twitter.com/uyywDSbKMh

"The most significant impact is the increase of interaction between people and animals," said Ontario Parks. "Our staff work hard to clear out litter, but Ontarians can make a big impact by gathering up garbage when they find it."

If that mindful plea doesn't appeal to campers, maybe a reminder that the minimum fine for littering is $125 will.