A trip to the Gibraltar Point Lighthouse

At 7 a.m., on a brisk morning in November, the ferry ride to the Toronto Islands bears little resemblance to the hurried clatter just a few months prior. Gone are the hordes of families and day-trippers, the lineups and, well, the the ferries themselves. At this time of year, just the Ongiara makes its lone voyage back and forth between the mainland. My co-passengers, the half dozen or so of them, are mostly members of the Toronto Parks department crossing over to prepare the area for winter.

My plan for the island is slightly more sinister though; I'm making the voyage in search of ghosts. Halloween may have passed, but a trip to the Lighthouse has been on my to-do list for some time. And while I'm approaching my trip with a heafty dose of journalistic skepticism, I should admit that — should I be successful — this won't be the first time I've seen one. 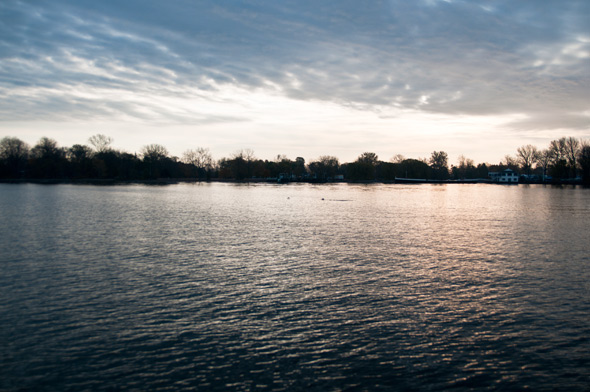 My first encounter wasn't even that long ago — about a year.

I had gone to sleep relatively early, before midnight anyway, and all I remember is being jolted awake very quickly. Not by anything in particular, just out of nowhere I was wide awake and standing up when I should have been laying down and fast asleep. I looked forward and there was an apparition standing in my closet doorway, staring at me. It was a man wearing a tattered suit, but I didn't recognize him &mdashh; his is face was difficult to make out. He stood there, staring at me, face stone cold emotionless. At first I didn't know what to make of it, I've never been one to buy into paranormal phenomena, but there it was right in front of me.

But there was no response. He just continued to hover there and stare.

"Hello," I shouted again, louder this time with even the slightest sign of fear in my voice.

I rubbed my eyes and stretched them open as wide as I could to prove to myself I was awake, but it was still there. I was awake, I knew it for a fact and yet, there I was standing in my apartment staring ahead at a ghost. I know it sounds crazy, but I don't know what to say — it happened. 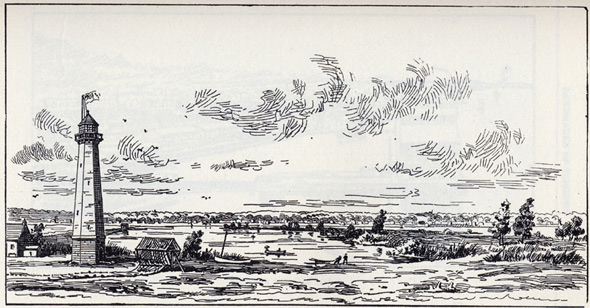 Thankfully, it hasn't happened again, allowing me to move forward and mostly forget about the whole experience. Mostly, because here I am, at dawn, on a boat, actually looking for a ghost.

The ghost I'm looking for is John Paul Rademuller, the first operator of the Gibraltar Point lighthouse. Rademuller was murdered at the site in 1815; the case was never solved and at this point, probably never will be. As the story goes, he died at the hands of a couple of soldiers from Fort York looking to get their hands on moonshine.

It turns out, in addition to keeping the lighthouse wick wet with whale oil, J.P. was also a formidable bootlegger and when he refused the soldiers a second helping from his keg, they turned violent. No one really knows what happened next, but it was the last time anyone ever saw J.P Rademuller alive.

Soon after his death, stories of unexplained phenomena began to spread, with reports of eerie moaning on the grounds near by. Then in 1893, George Durnan - another lighthouse keeper - discovered a jawbone buried in the sand near the light. 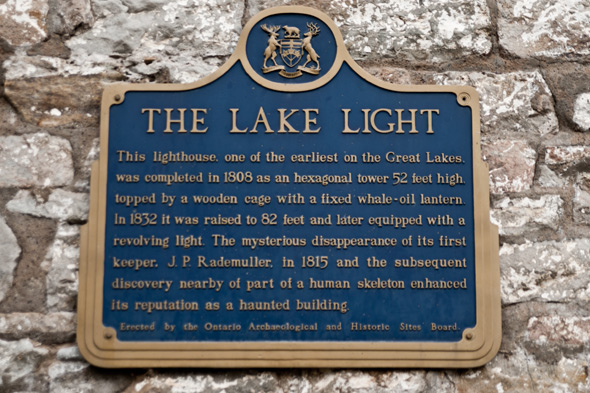 As I pedal west from the Ward's Island ferry docks, it finally strikes me just what I'm doing. A couple of years ago I would have thought it impossible, but I saw one before. How do I know it won't happen again, and if it does, what do I do?

It's hard to get too worked up over the whole thing though, the scenery is gorgeous and it's rare I find myself on these paths when they're so empty. When I get to the site, the first thing that strikes me is how small the tower looks. It's a hexagon, barely a couple of meters in diameter, and it's not even close to the shoreline. It seems that over the course of the past 200 years, the island has grown and the beach has been extended. When the lighthouse was built it stood at the very edge of the island facing south, but today it's sheltered in a meadow by a thicket of trees. 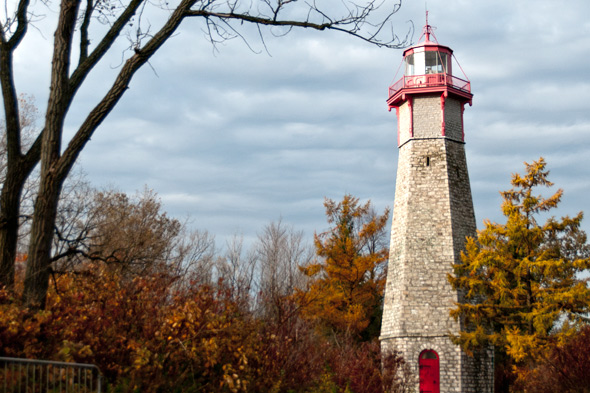 I wander the grounds, hoping to find a grave marker from where Rademuller was buried, but if it was ever marked, it's gone now. The area does have atmosphere, although I can't say if it was actually super natural, more of a quiet little clearing. I sat down and put my back against the brick for a minute, envisioning spending any extended period of time in the building, being there alone at night, concentrating on the place, summoning the spirit.

It turns out Rademuller's ghost is a shy one. I imagined the bloody battle that happened in that very spot and while I never really felt a ghost, the historical presence was palpable. This lighthouse is among the City's oldest landmarks. A long line of service people kept the flame ignited until 1958 when the flame was permanently extinguished, occupied only by the supposed spirit of a bootlegger.