The Halton County Radial Railway is, for all intents and purposes, a streetcar museum. The patch of land about an hour northwest of Toronto is home to the most comprehensive collection of trolly coaches, suburban/inter urban cars, passenger and freight locomotives, and of course, streetcars.

But it's also not really like any other museum around; for one, none of the collection is kept out of reach behind protective glass or on pedestals.

The museum is more like the life-size manifestation of a basement, model train set. The men (it's mostly men) who run the Halton Radial Railway Museum are just train nuts for whom models just weren't enough. 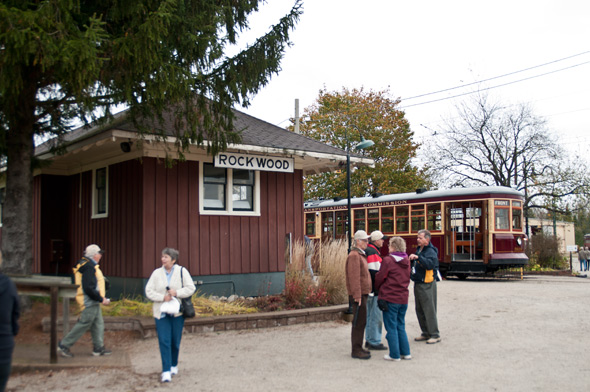 So instead of a replicas, they've laid their own track, run their own wires, and built a real working railroad that, along with some examples from elsewhere, essentially displays the entire history of public transportation in Toronto. 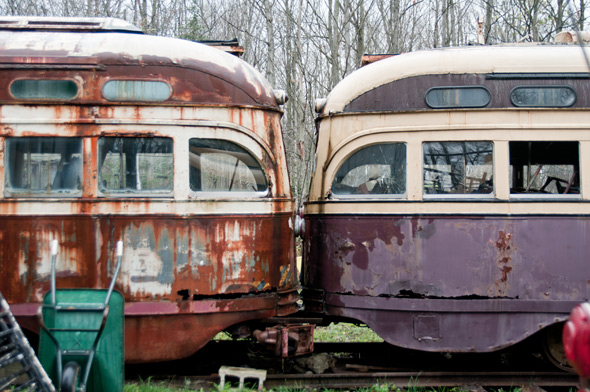 There was a time, before the automobile, when electric railways were the thread that sewed cities together â and to each other. The first line to enter regular service in Toronto was in 1882 1892 on Church Street, and over the course of the next three decades the network expanded into a complex system "radiating" out from the city centre. 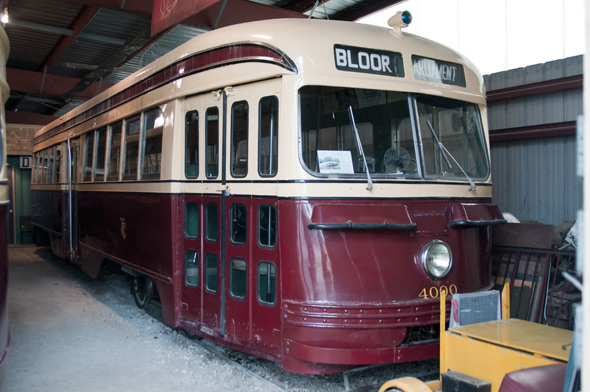 Cars improved and streetcars became the lifeblood of the city, shuttling thousands of people to and from work every day. There were also inter urban lines like the one stretching from Keel and St. Clair all the way to Guelph, for the first time, making travel between towns far quicker than before.

With rise of the automobile, most towns tore out their tracks to make room for roads. The exception to that trend of course, is here in Toronto, where electric streetcars have been in operation for over 115 years. 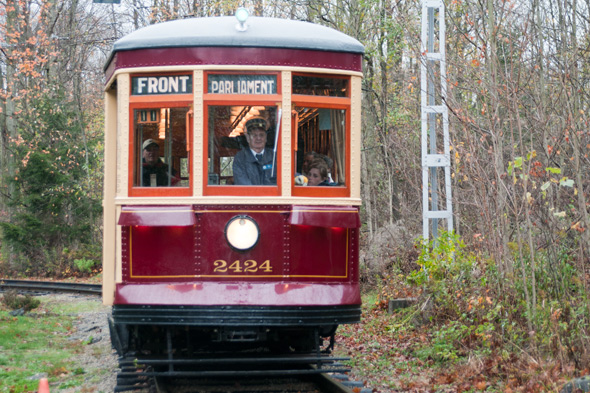 I drove right by the Radial Railway Museum the first time I went. From the road it looks like it could be an orchard, or a famer's market closed for the season. The parking lot is dirt and gravel, which means at this time of year, its pretty mucky, but beyond that, most of the museum is obstructed by trees. 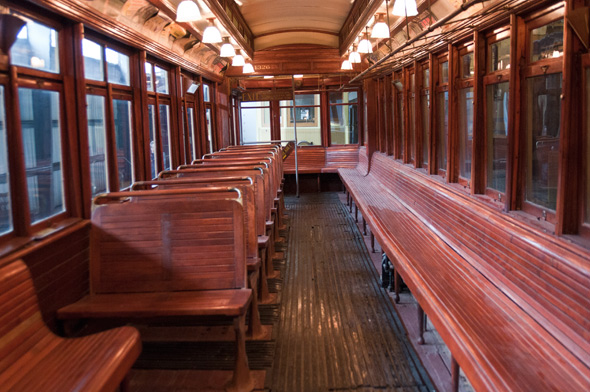 I was surprised then, to see how many people were happy to brave the dwindling temperatures and drizzle to come out to Halton for the afternoon.

Once there, there's plenty of opportunity to wander around and take a look at the different vehicles, but the real draw is getting to ride them. Each day they'll have a few cars out on the track and patrons can hop on and hop off as they please.

The ride is short, but the scenery is lovely, and as you cruise through the forest one of the volunteers (the place is run entirely by volunteers) tells you a little about the car's history. 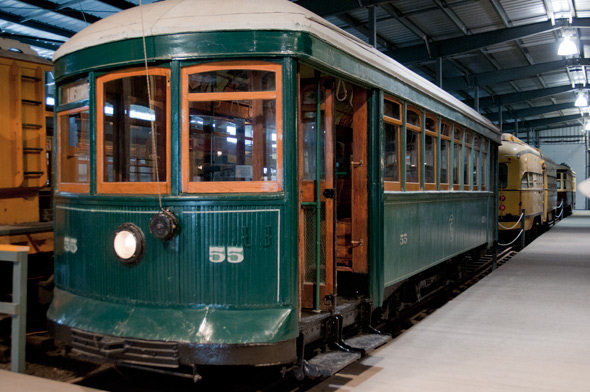 The nice part of this is that there's really no script for them to stick to; it's a casual experience more akin to a conversation than a presentation, and there's usually plenty of other people on the ride to add to the story.

The vast majority of people there are members and everyone seems to kind of know one and other, but there's no air of exclusivity. Quite the opposite actually. 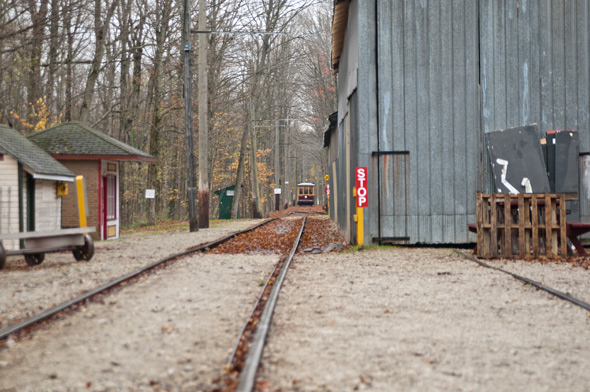 It doesn't take long to start to understand the enthusiasm that fuels the railway, taking a ride on a Peter Witt Streetcar does something to simultaneously excite the child and the historian inside. 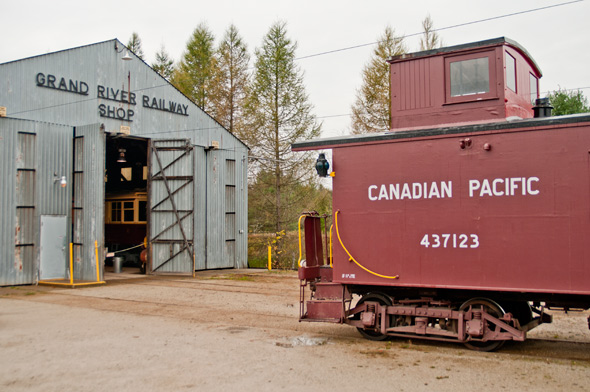 Nearly a century ago, these cars were all over Toronto, and as transit continues to be a concern downtown, it's nice to harken back to a time when we had it figured out a little bit better.