It was at a bar last week that I first became interested in learning about the cherry blossom, or sakura. I was with a new Japanese friend who was wrestling with her limited English, attempting to explain a certain emotion. It was brought on, she said, when she saw the sakura at night. Eventually she described the feeling as "awful."

And then, "Fear. But beautiful."

She was trying so hard to get her meaning across. I was humbled and flattered at her effort. This sweet feeling, in combination with that beguiling description, compelled me to dig deeper.

Hanami, I learned, was the Japanese pastime of "flower watching," an important part of spring and something she'd done and loved every year of her life. This year is her first year abroad, and though she feigned nonchalance, it looked as though she was a little homesick talking about it.

Which is when I accidentally summoned my inner hero and remembered hearing that Tokyo had given a gift of sakura trees to Toronto in the 1950s; a gesture of goodwill, apparently.

When I mentioned it the clouds on her face parted and she beamed brightly. It would be perfect: she wouldn't be denied a special tradition, and I'd have the chance to do something quintessentially Japanese with the perfect guide. High Park hanami, here we come...

En route, she asked where we'd grab the requisite bento boxes and the bottle of sake. It was like if I was joining my buddies for road hockey and someone asked about a stick. Right! I pretended I knew what I was doing. 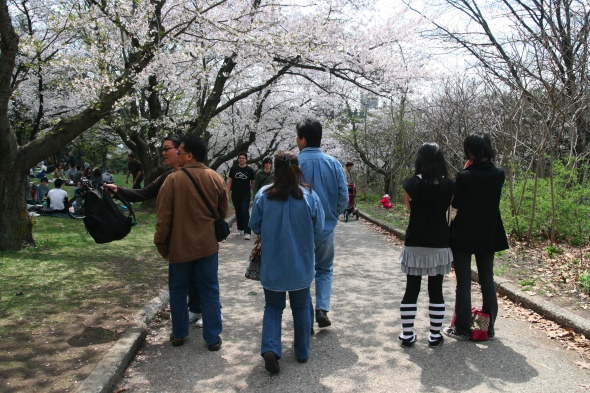 Arriving at the park, the first thing I noticed was that the place was swarming with people. Photography seemed to be the main event here with picnicking a close second. I looked over at my hanami guide expecting her to be turned off by the hoards, but she just smiled.

Hanami, she explained, directly translates to "flower watching," but in Japan nobody really notices the blooms. The food and drink were paramount, she said, and the gorging around us was most definitely culturally accurate in the context.

She seemed completely at home. After a few dozen photos we grabbed a plot of grass and set to the eating and drinking. 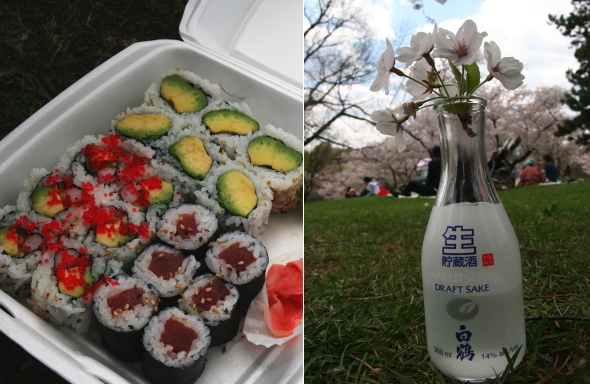 Looking around us, I tried to see the scene through my friend's eyes. Japan being as ethnically and culturally homogeneous as it is, I thought our multi-hued version of hanami must be weird for her. Like replacing the background of the Mona Lisa with that of another painting, or playing Anarchy in the UK on the mbira.

But she was entrenched in the experience, enjoying the atmosphere and the sake. With her swigging the bottle impressively, I decided it was time to repay her generous cultural introduction by sharing a time-honoured Canadian tradition: drinking in public.

She turned a bit pale when I told her that what we'd been doing was technically illegal, but she relaxed when I relayed the secret, which of course, is to be discreet. Or rather, she remained pale for some time while I went through an elaborate pantomimed explanation of what the word "discreet" meant, and then she became relaxed.

The blossoms were beautiful (and as of this publication should still be enjoying a final day or so), but the most shocking cultural experience came from people, not flower, watching. I'd been to Japan, could handle the sake and raw fish, but here, in High Park on a Sunday afternoon, I found myself immersed in a culture much more alien to me: children.

I realized sitting there that in my day-to-day comings and goings, I rarely see parents and their offspring. They just don't tend to roll strollers into the shitty bars I seem to hang out in, I guess, and I've yet to see anything made by Evenflo or Graco in the market where I buy my instant noodles.

While having children had always seemed to me to be something other people did, the distinct discomfort they raise in my soul was amplified here by the fact that I am getting older and many of the parents looked like me. Could I have one of these myself one day? They were adorable, and any excuse to run around on the grass like an idiot would certainly be A-OK with me. 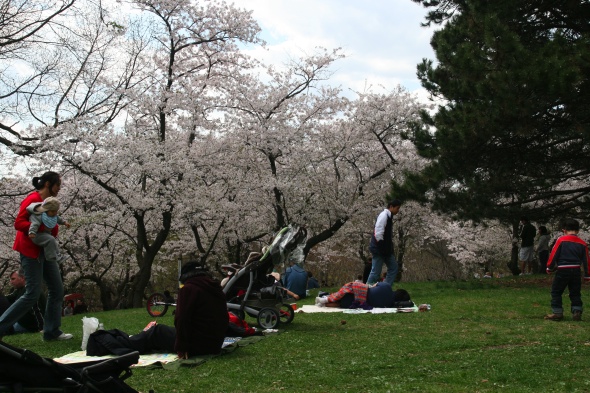 And then I noticed that whenever the children wandered a few steps away from their parents, Mommy and Daddy didn't concern themselves so much with their children's safety and whereabouts, but instead furiously seized that brief instant for a bracing breath of solitude. Staring at a point in space, Daddy'd take a concentrated swig of his juice box in peace.

I shuddered and raised my gaze back to my friend and then to the flowers. Even in the daylight: fear, but beautiful. 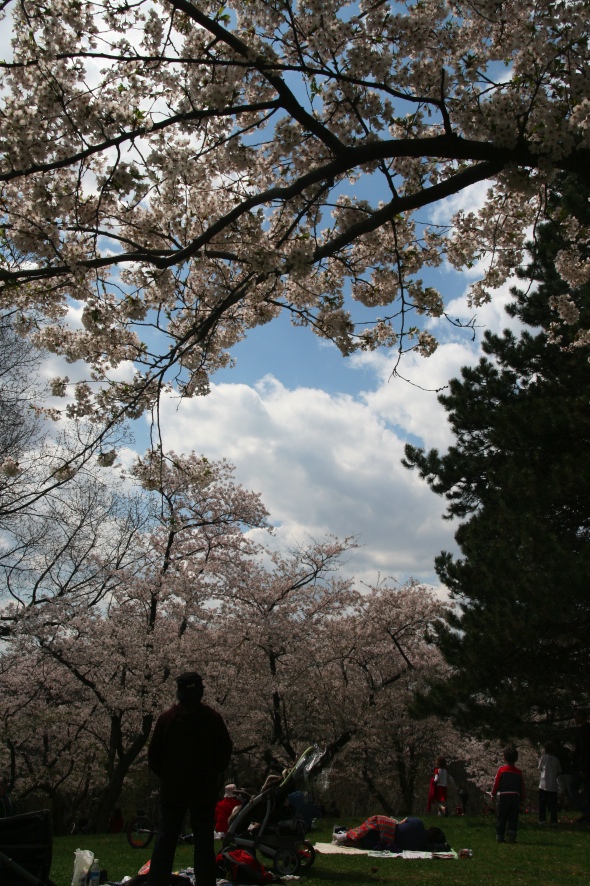