La Ronde is all foreplay, no climax

There's an old adage that, for better or for worst, sex sells. That's what the red light district seems to be going for with their production of Arthur Schnitzler's La Ronde, translated and directed by Ted Witzel. Unfortunately, not even the setting--Club Wicked on Queen West--can save this production from poor staging and underdeveloped character interactions. 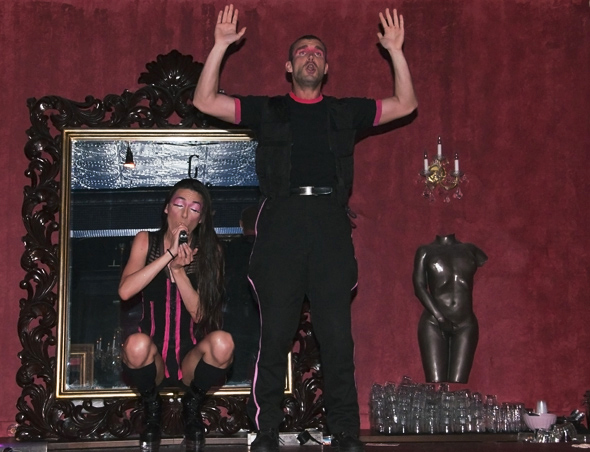 Schnitzler's play is composed of 10 sexual encounters in the city of Vienna that link from scene to scene. Each rendezvous is a snapshot of the complexities of lust and desire often thrust to the fringe of our private lives. Written in 1897, it was first performed in 1920 and immediately shut down. The play collected dust until modern audiences were ready for such "controversial" material.

Red light's production seeks to parallel Vienna with Toronto by emphasizing a tenuous link between a young urban centre and its lonely inhabitants. Unfortunately, this interpretation fails to make its way into the mise-en-scĂ¨ne where characters are attired in cabaret-style garb while Eurobeats punctuate the scene changes. The setting could be anywhere. 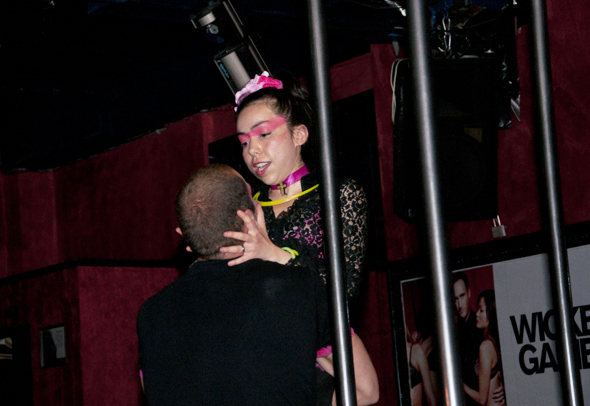 A highlight of the show is the chance for a sneak peek inside Club Wicked without having to pay the nightly cover charge. The cage at centre surrounded by white couches, stripper poles, and mirrors are very Eyes Wide Shut. The bartenders in scantily-clad lingerie echo the theme quite nicely.

Ultimately, though, staging the scenes in different segments of the vast space proves to be the show's downfall. Instead of a central playing area, audience members are forced to crane their necks and readjust position to catch the action as it slinks around the room. The production would have benefited from a spatial focus instead of attempting to utilize all of Wicked's sexual set pieces. 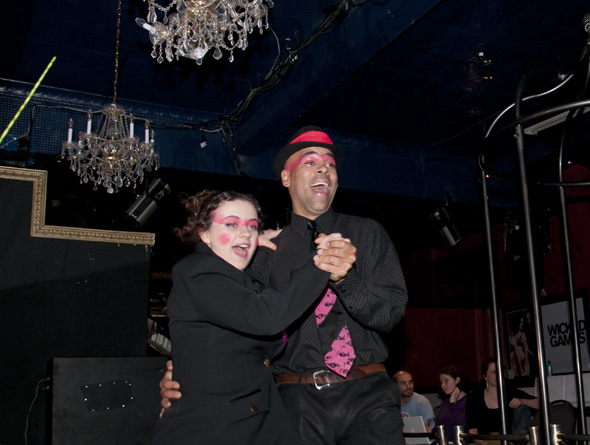 This lack of focus is reflected in the dialogue as well. Save for a handful of interactions, the scenes pass by with very little investigation as to who the characters are and why they seek the pleasure they do. The challenge with a turn-of-the-century piece like this is making the characters feel timeless and the struggles universal. The lack of clarity makes this difficult to achieve in red light's production.

That said, the actors pour their heart and soul into an energetic, often frenzied, performance. Their between scene dancing and intense focus on the characters doing the deed in each specific interaction is admirable. Focusing their energies into more intimate, nuanced connections would have proved time better spent. 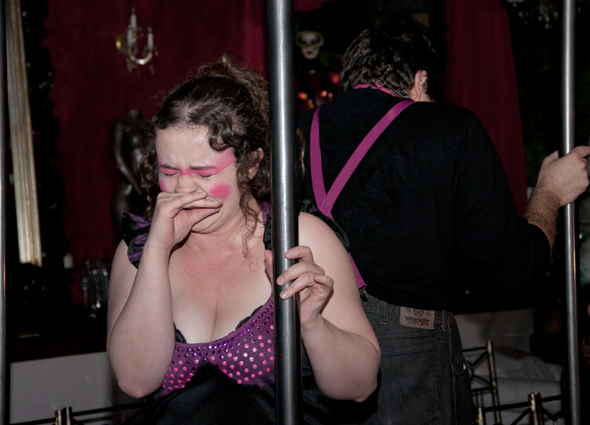 Beau Dixon stood out as The Husband. Here is a character holding a lot behind his mask. Marcel Dragonieri as The Young Master and Michael David Blostein also put forth strong performances.

In the end, the performance tries too hard in its attempts to make Schnitzler's La Ronde appeal to modern audiences. The inspired choice of Club Wicked goes only so far towards making the characters compelling. It's a lot of misspent energy that reaches far too short of climax.