Google just opened a donut shop in Toronto and they're giving away free donuts today and tomorrow. There's a been a line snaking out of the pastel pink pop-up that takes centre stage at Dundas Square all day. 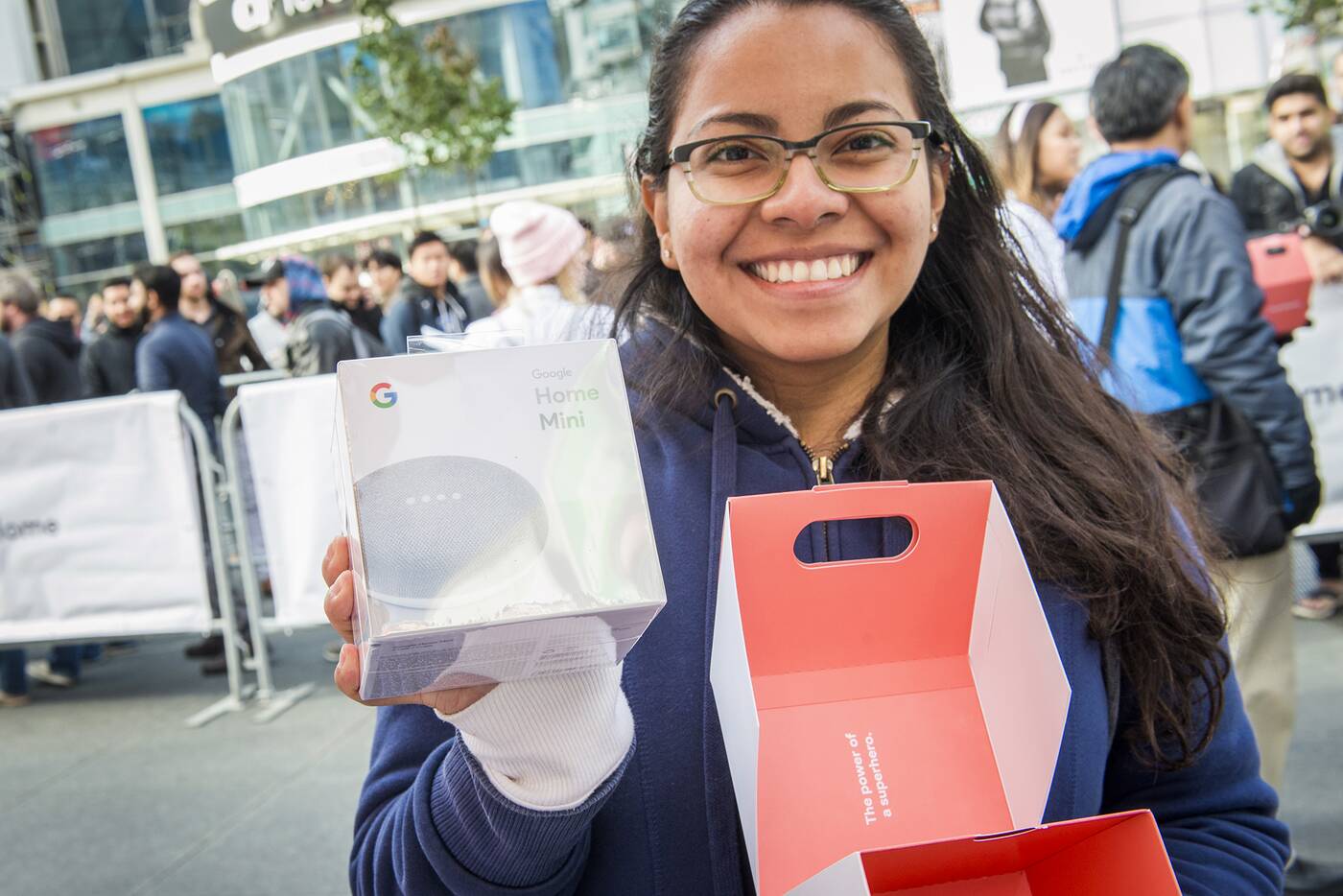 Those patient enough to queue up for the experience have the chance of winning a little pink house-shaped box containing either donuts or a Google Home Mini. 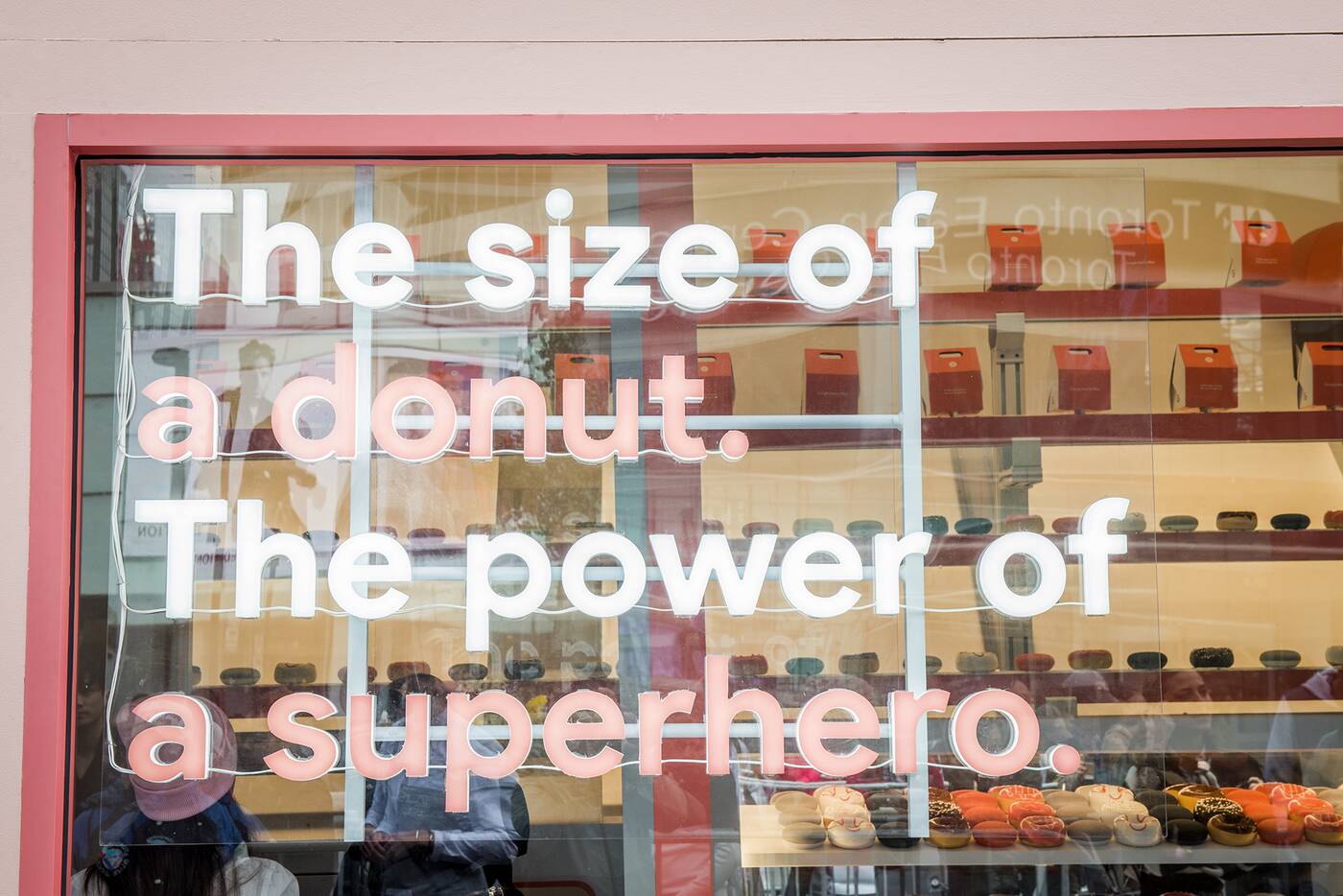 The idea is that their new Google Home Mini, Google’s version of a Siri or Alexa type product, is even smaller than a donut and remarkably somehow capable of delivering as much enjoyment. 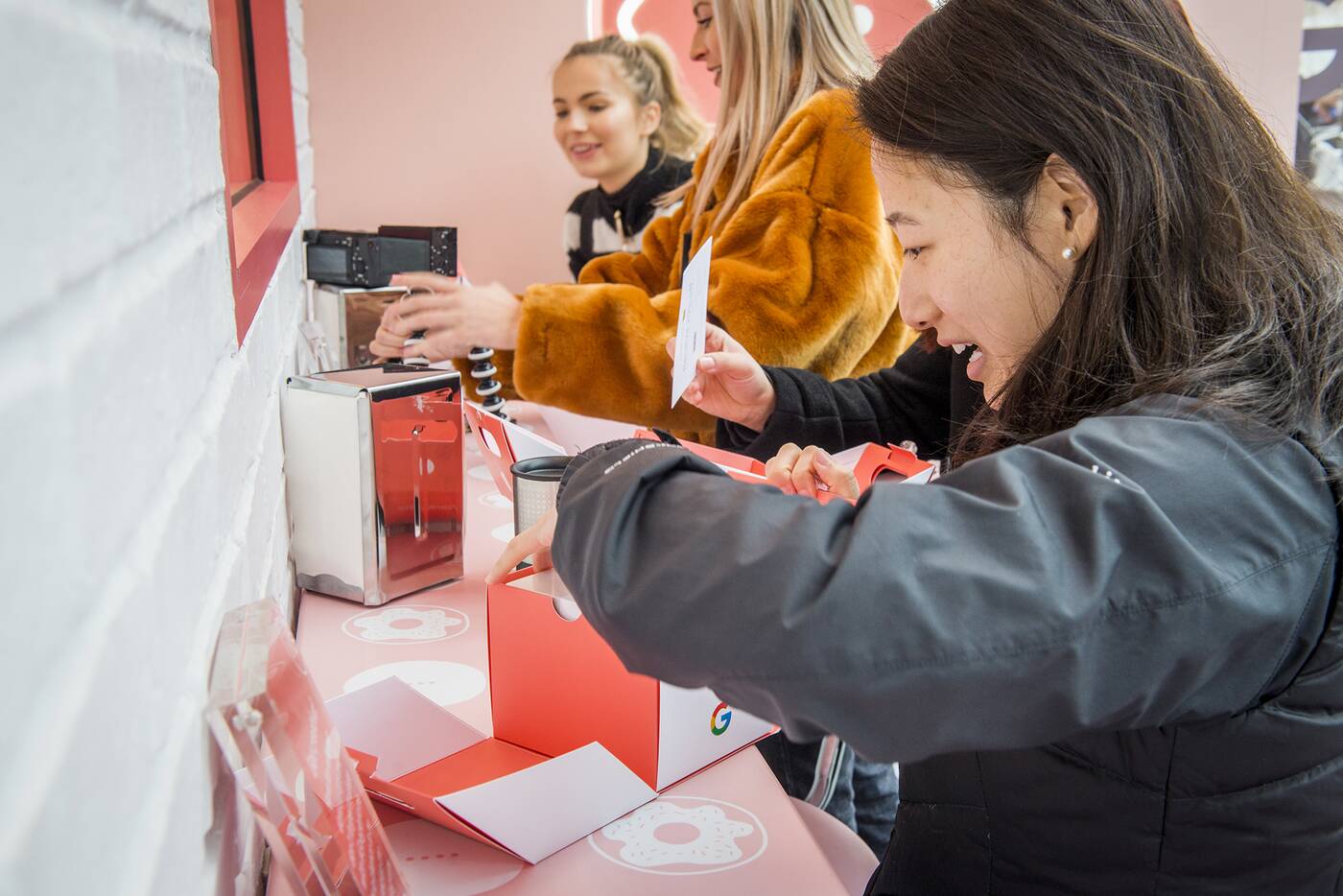 No one walks away empty handed: even boxes of donuts come with a coupon for a percentage off the purchase of a mini. 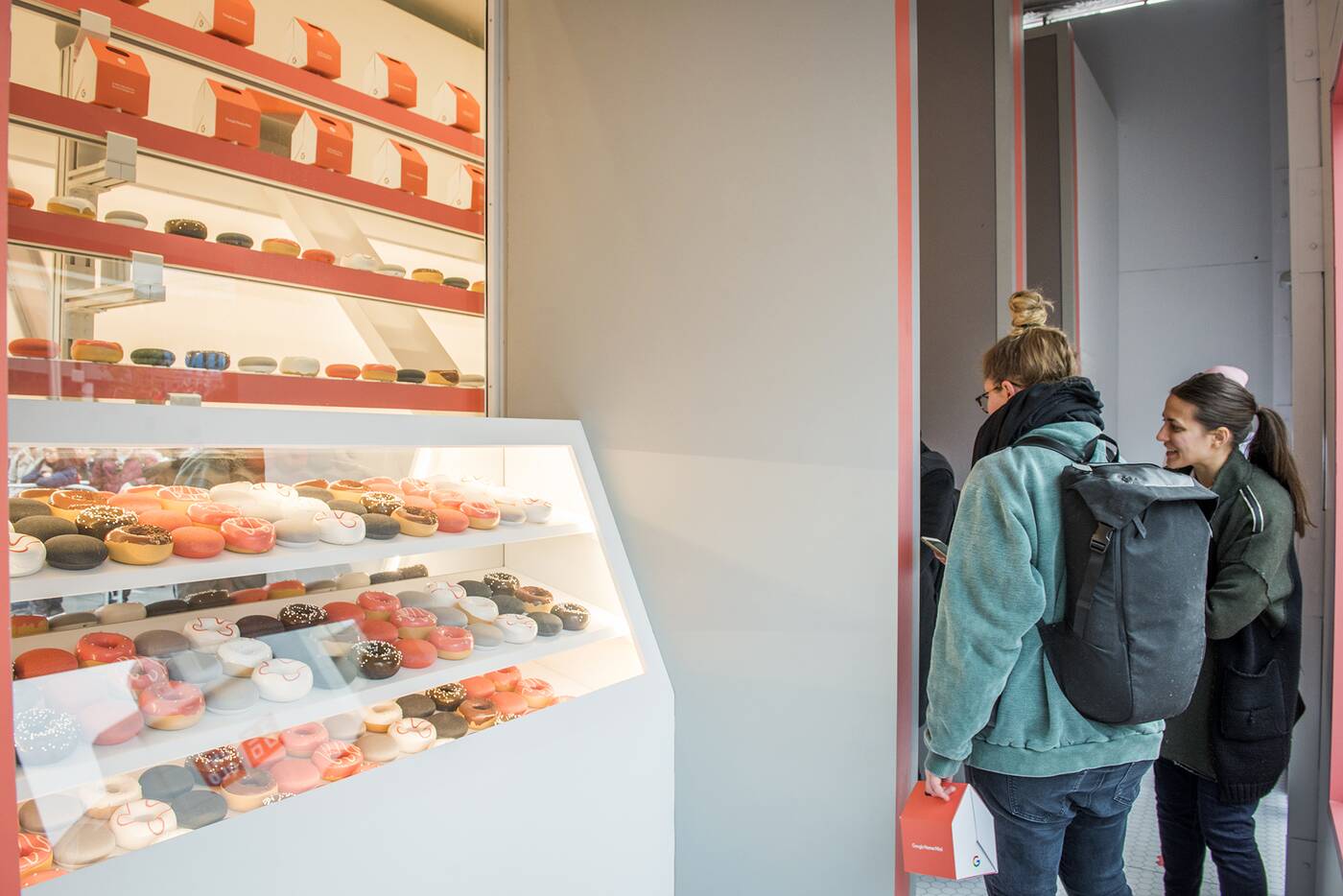 The “Donut Shop” performs a trompe l’oeil by placing black Google Home Minis near chocolate foam “donuts,” red ones near pink donuts, and white ones near vanilla donuts. 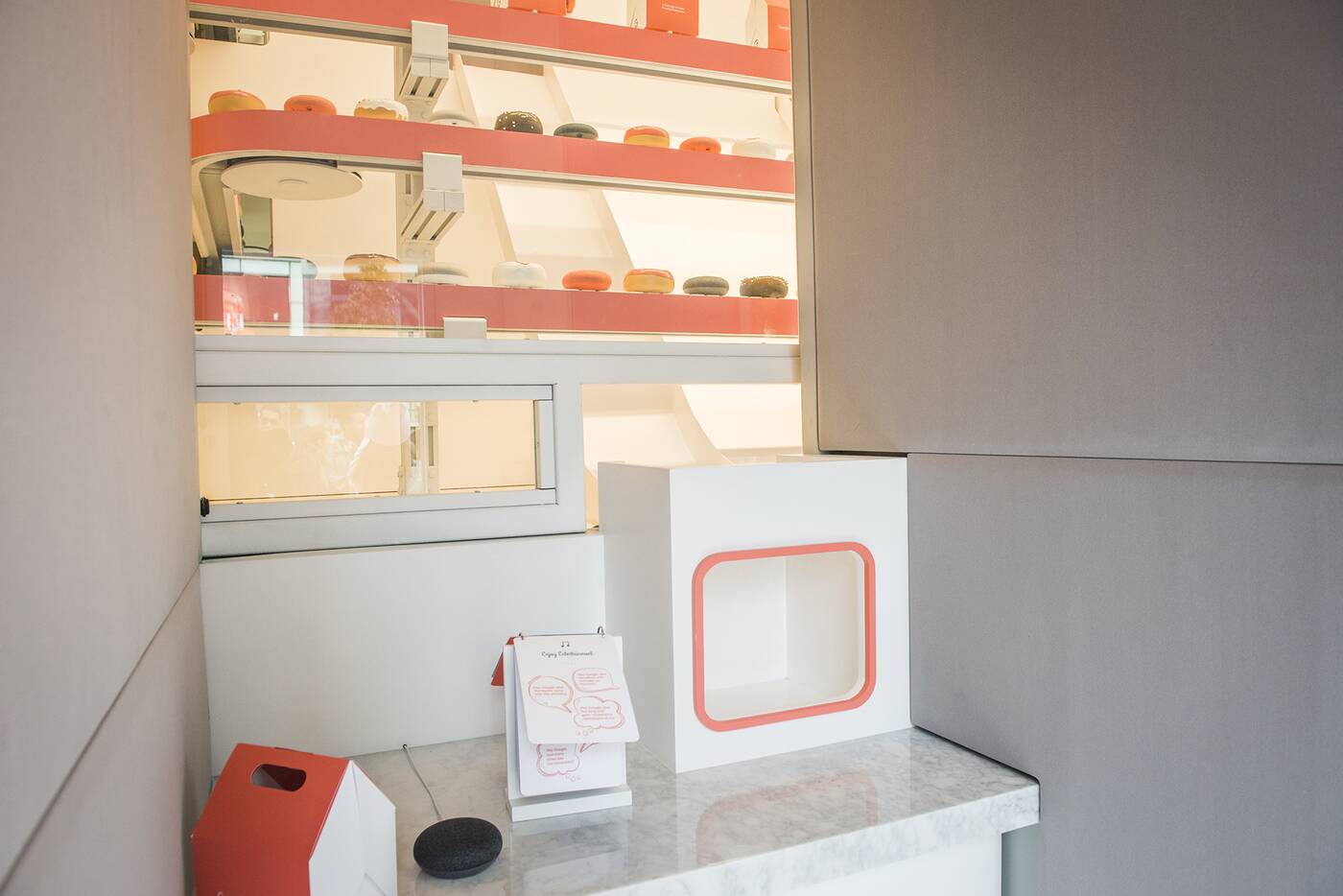 Step inside the futuristic pop-up and be confronted by a booth that’s part 2001: A Space Odyssey and part fifties diner. 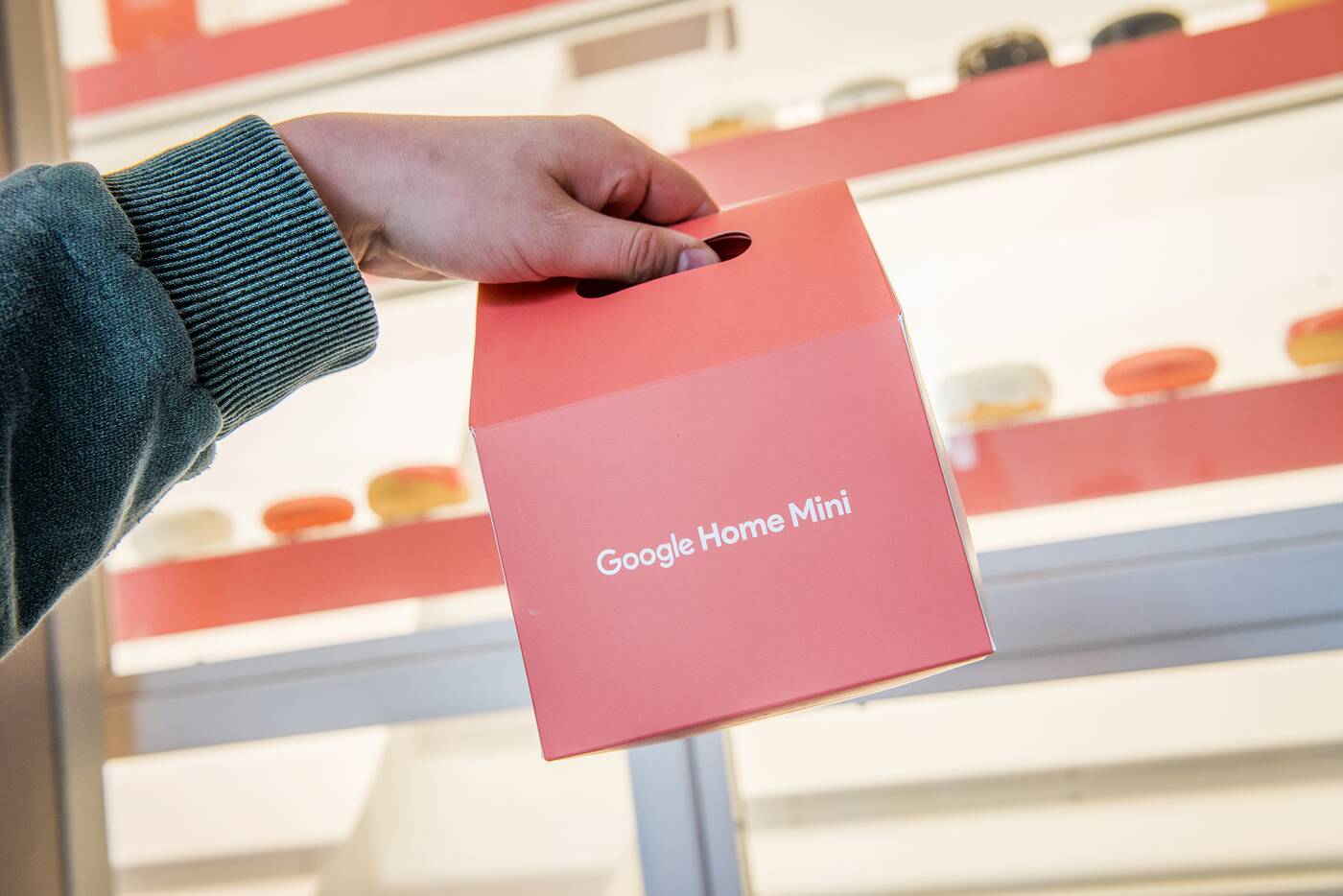 Ring a bell and the Google Home Mini turns on, and you can ask it anything you like: whether you should wear a jacket today, where to find the best poutine or coffee in Toronto, or whether dogs can eat donuts. 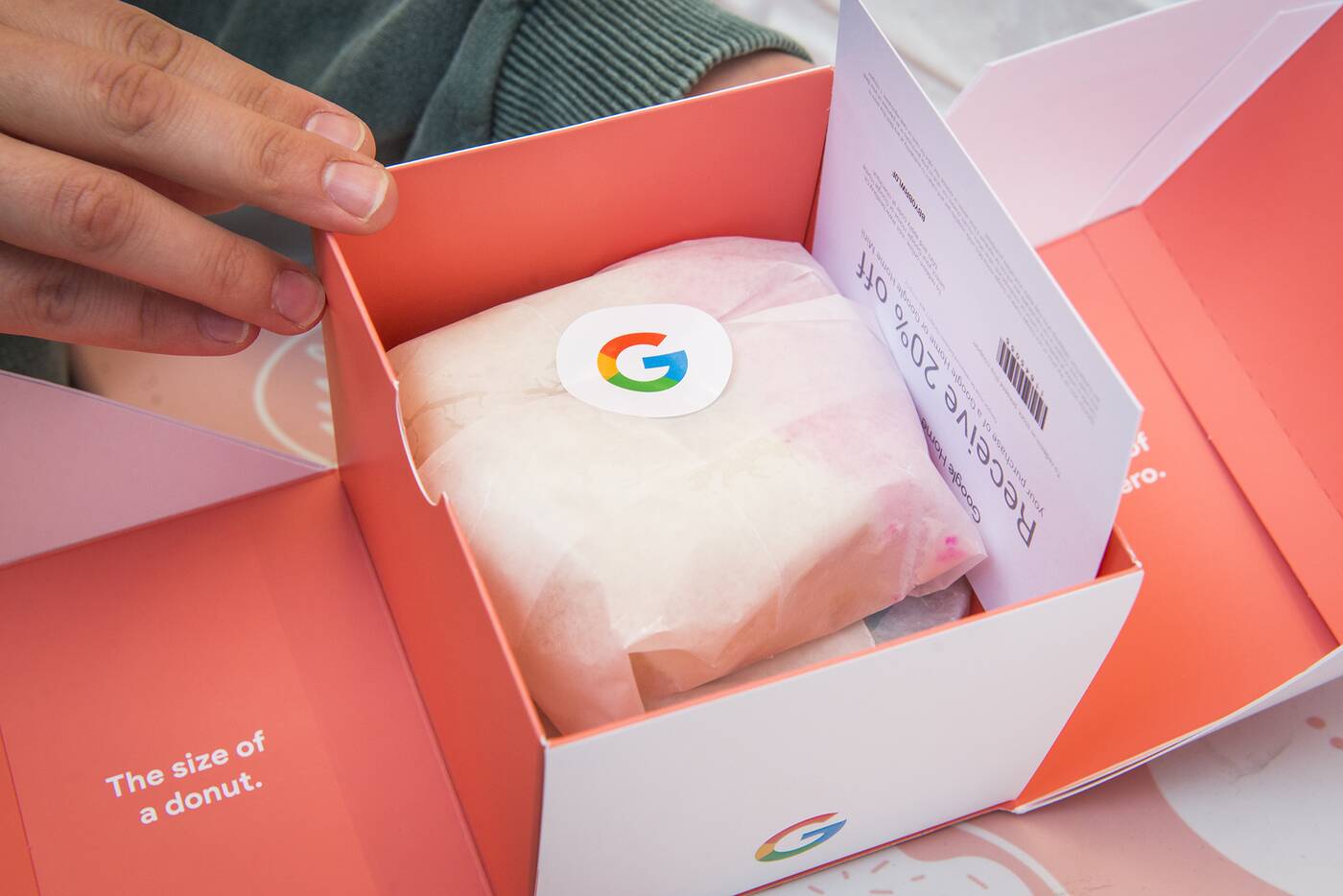 While the Google Home Mini is answering one of the little pink boxes drops down a chute, ready to be opened so its sugary or tech savvy contents can be discovered. 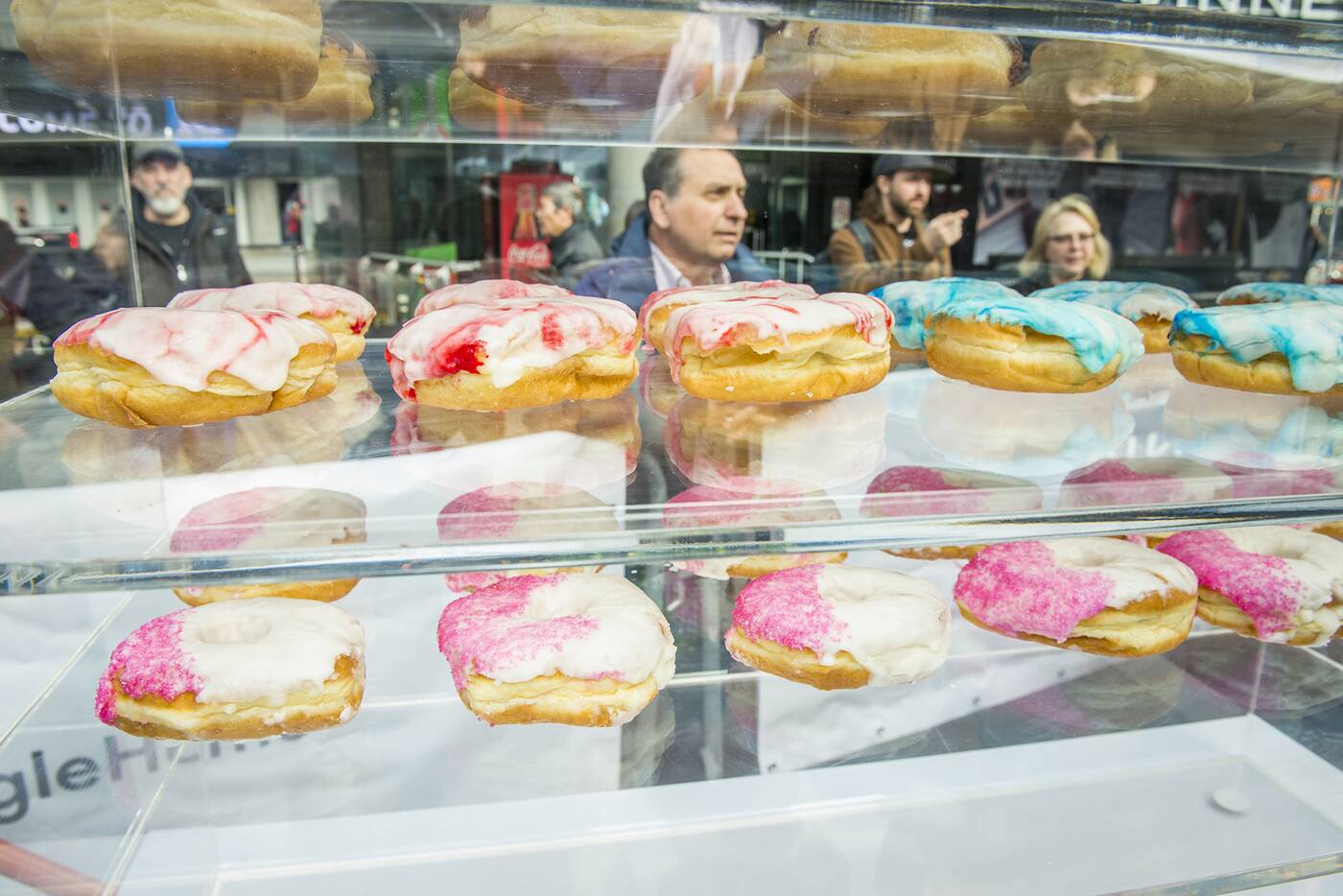 Donuts were made locally at College Street's Jelly Modern Doughnuts shop, which specializes in gourmet versions of this classic treat. 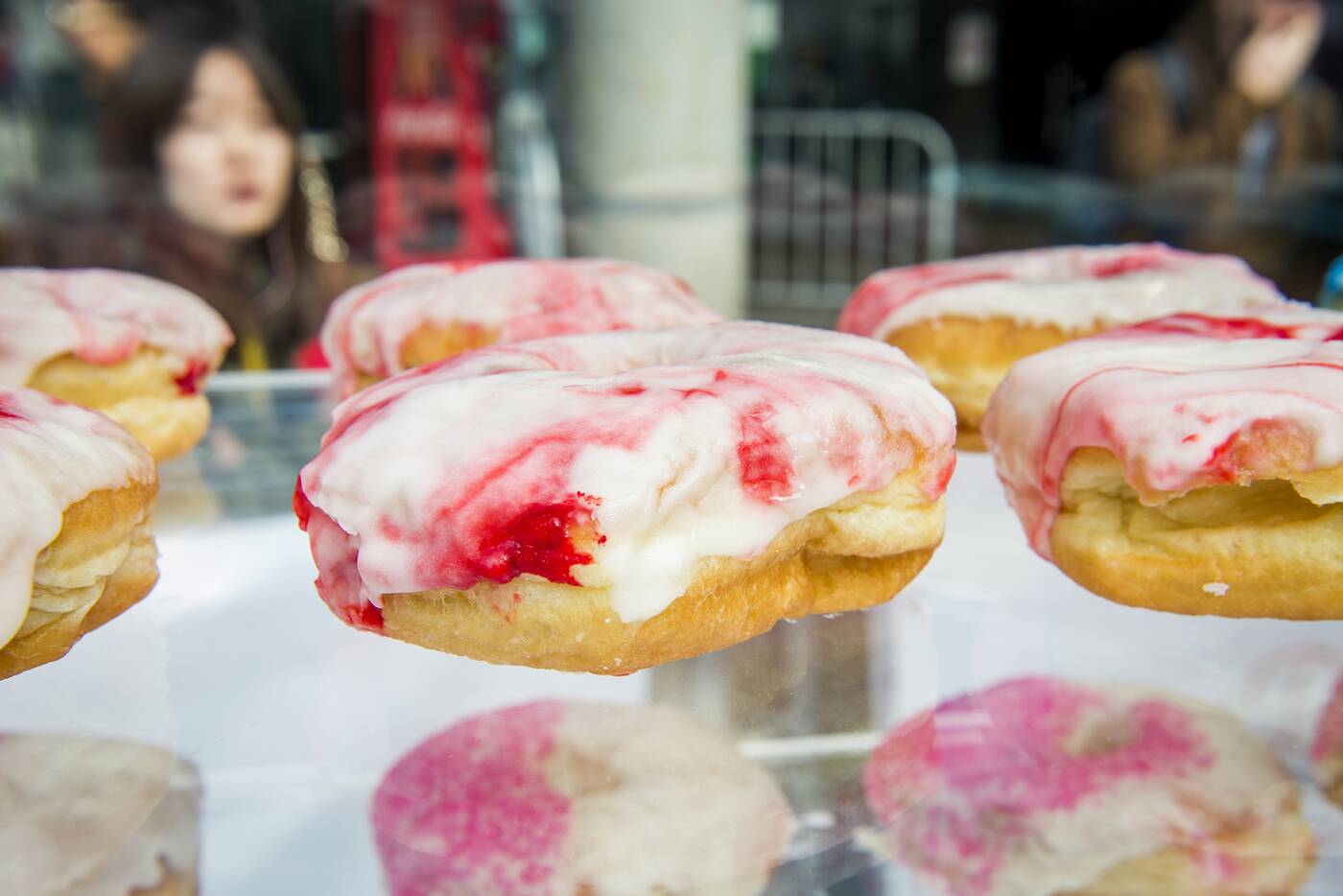 Flavours don’t get as extravagant as the s’mores or maple bacon offerings at the College bakery, but you do have a chance at sampling an Instagrammable vanilla pink or blue marble donut. 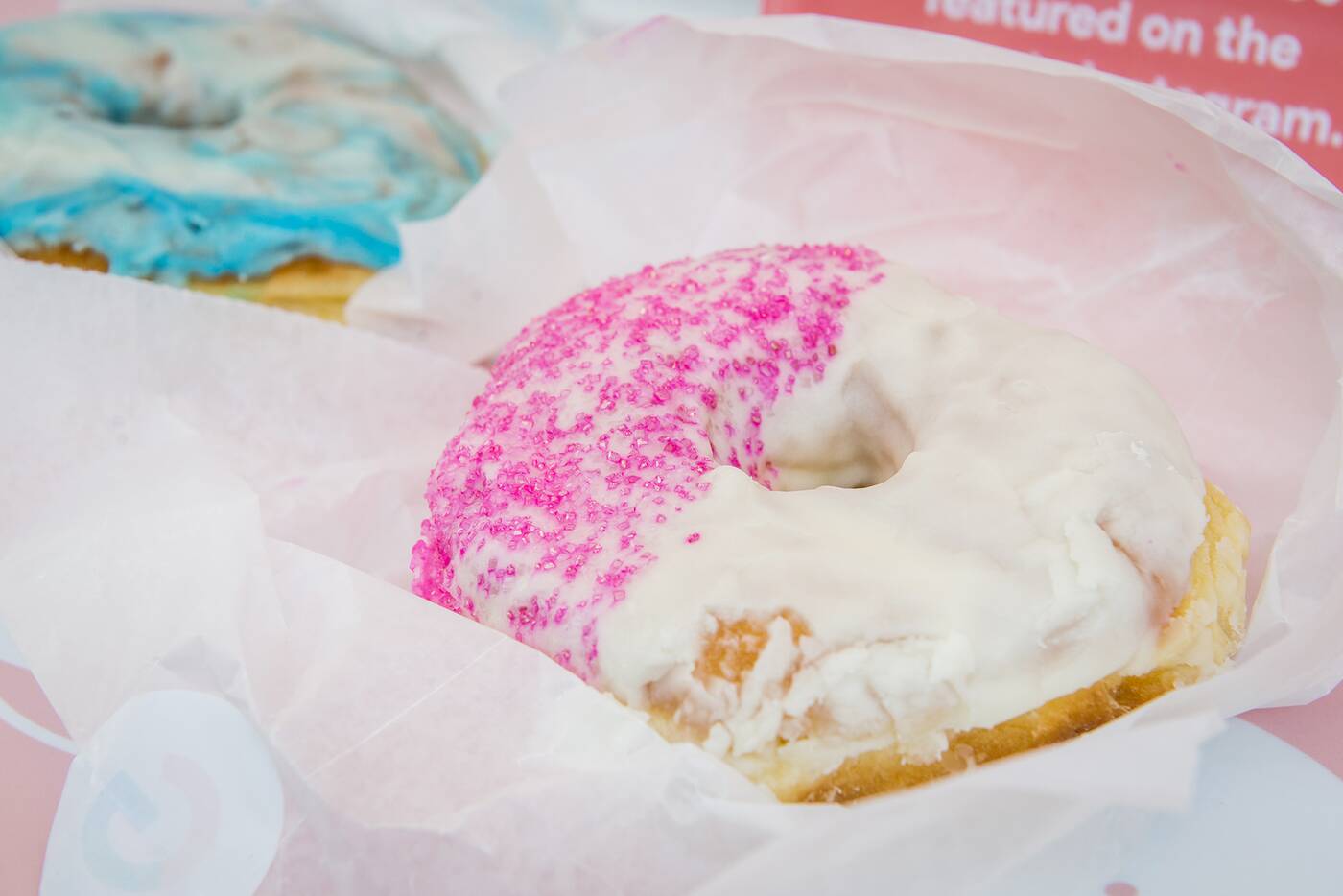 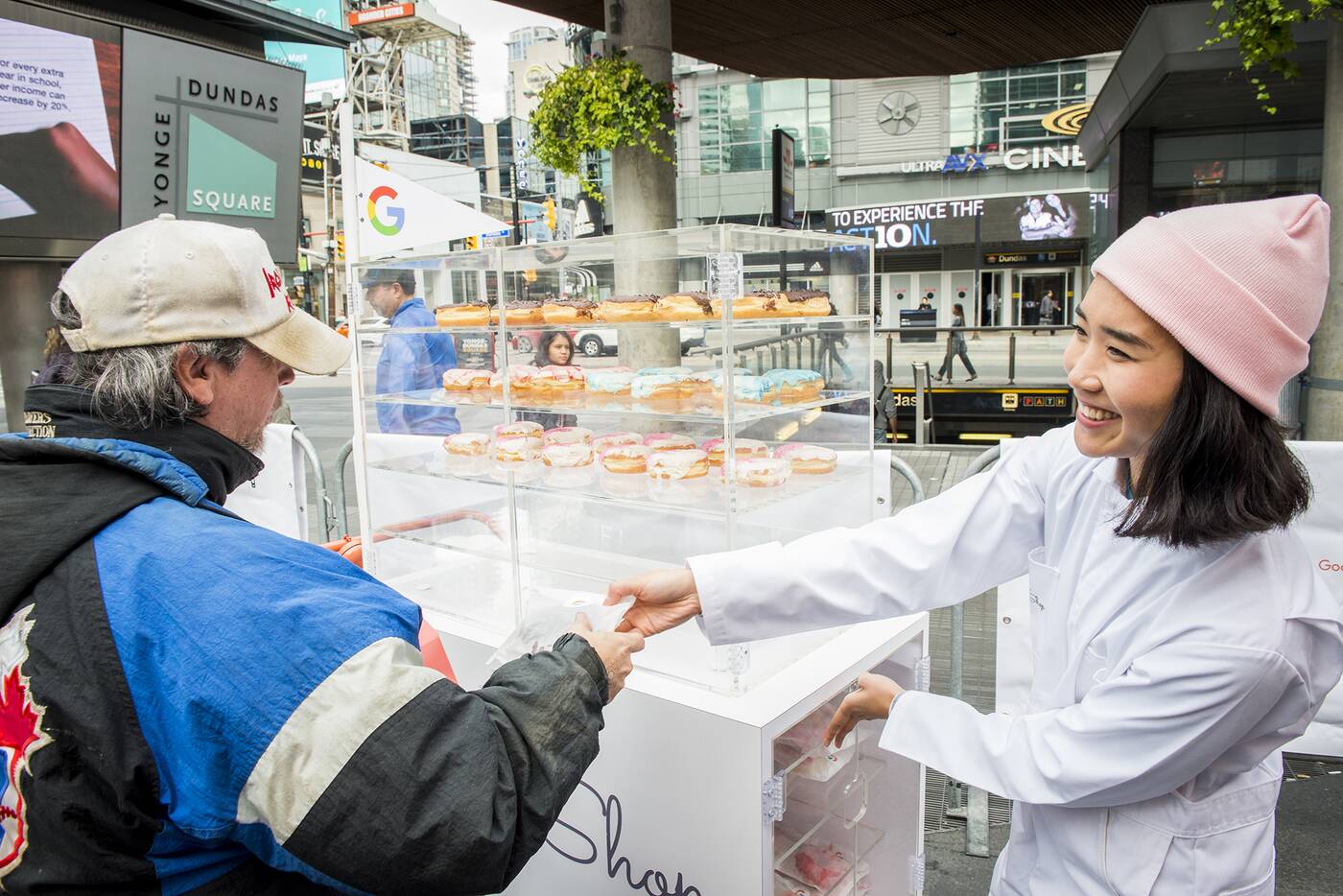 The pop-up shop is only giving away free donuts and Google Home Minis Thursday and Friday from 10 a.m. to 6 p.m. 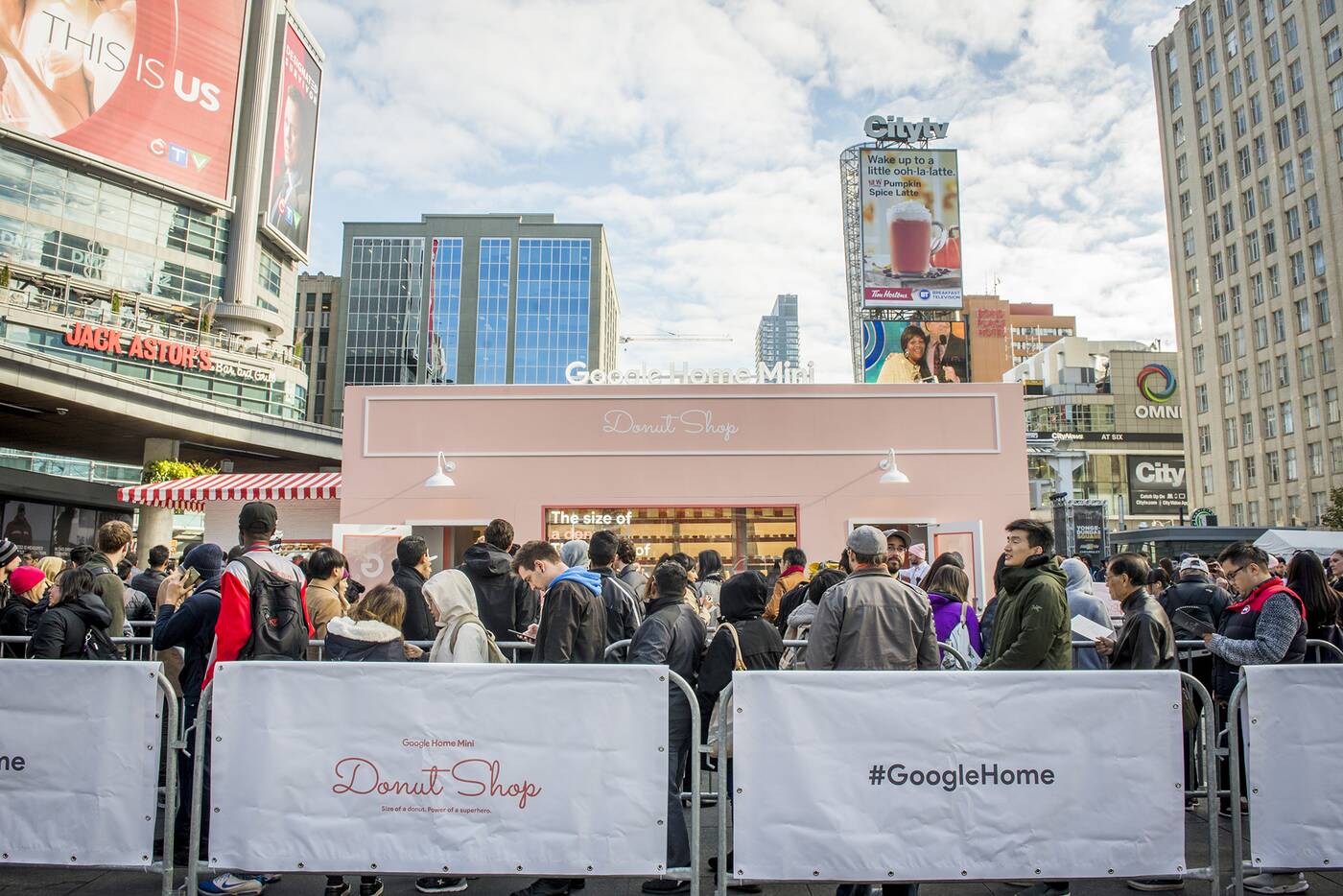