Dear iPhone owners: The "Emergency SOS" feature on your new operating system works just fine. You don't need to test it out.

It's been one day since Apple released iOS 11, and Toronto Police are already annoyed with a clumsy new feature that makes calling 911 way too easy for smartphone users.

The police department posted a message on Twitter this afternoon to that effect, asking citizens not to try the "new iOS Operating System 911 feature."

"Toronto Police receiving many test calls that tie up our 911 lines," reads the tweet, which includes a poster that says "Please DO NOT try it out!"

The problem appears to stem from the iPhone's newly-designed lock screen, which is said to enhance user safety.

Essentially, users are now able to use an "auto call" feature that will dial 911 immediately if the sleep/wake button is pressed five times in a row.

If you've ever put your phone in a pocket or purse, you know how easy it can be to accidentally push a buttons. Five times seems like nothing when you regularly pocket-dial India.

The feature is problematic for 911 responders, who are being inundated with errant calls, but in this case, it's not Apple's fault.

Smartphone owners have to actually enable the auto-call feature in their settings before their phones will respond to 5 presses – which is why the police are asking users, not the California-based tech company, to help them fix the problem. 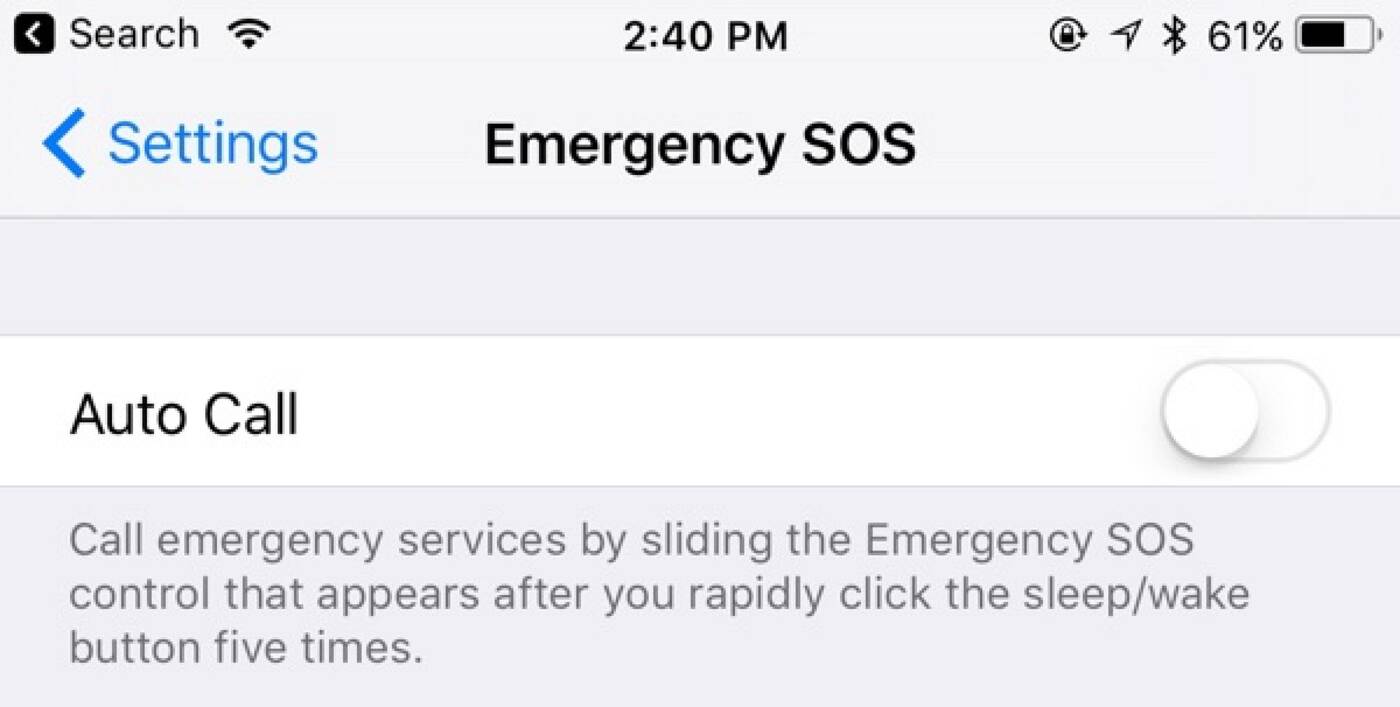 The Emergency SOS system will also disable touch ID with the same action, should you need this feature. Image via MacRumors.

Some people have been praising the feature for its ability to help panicked people in an emergency.

Indeed, the design is wonderful if you need to call the police when it isn't safe to talk.

But please don't test it out until you do need to use it. As the Toronto Police say, "It works well!"