At the 2010 Mesh Conference, Rayanne Langdon's button read like a pickup line for web developers everywhere: "You are the CSS to my HTML." At most conferences this would have gotten quizzical looks, and maybe a chuckle from the sound guy at the back of the room. But not at Mesh, the web conference held this week at MaRS. There it was right at home among a crowd of almost 400 web developers, entrepreneurs, online marketers, and other members of the digital elite. The annual conference, now in its 5th year, brings together people with an enthusiasm for the web to talk about the latest trends, tools and gadgets. 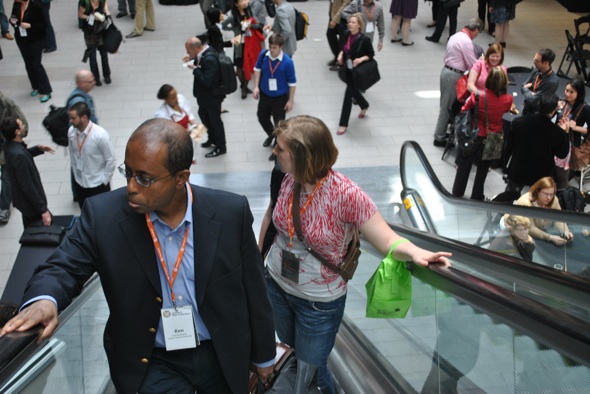 The conference has some influential names behind it - it was founded by local tech personalities including GigaOM writer Mathew Ingram and Freshbooks founder Mike McDerment. The content always keeps up with the trends of the moment - and if last year was all about social media, this year was all about privacy. From Joseph Menn's keynote about Russian mobster cyber-criminals (yes, they exist) to a panel dedicated to the Facebook privacy debate to a live taping of TVO's The Agenda focused on online privacy (in which I was forced to clap for about four minutes straight - ah, the joys of television). 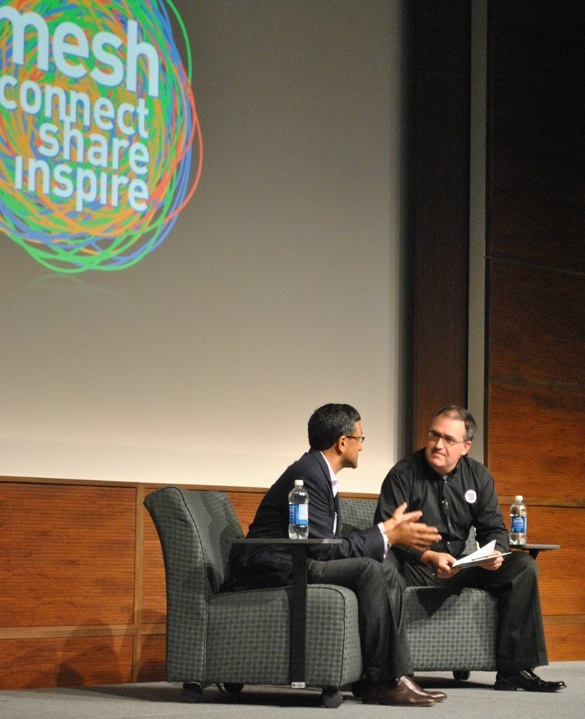 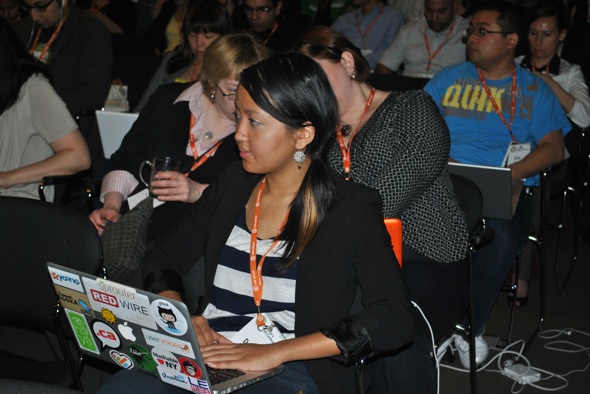 My favourite session was Adele McAlear's session about Death and Digital Legacy. Sounds morbid and, well, it is. She was motivated to start researching the subject after a Twitter friend passed away in late 2007 and she wondered what would happen to his online properties. For any Facebook or Twitter addicts out there she recommends appointing a digital executor - choose a family member and give them your e-mail password (which is really the key to your online accounts).

Another interesting (but not as unique) session was LinkedIn VP of International Arvind Rajan's keynote interview. He talked about LinkedIn's impending presence in Canada and some interesting stats (did you know the average age of a LinkedIn user is 41?). But my favourite part was when an audience member referred to the company as the "ugly member of the triplets" - the other two being Facebook and Twitter. Whether it's true or not it made for a colourful question. 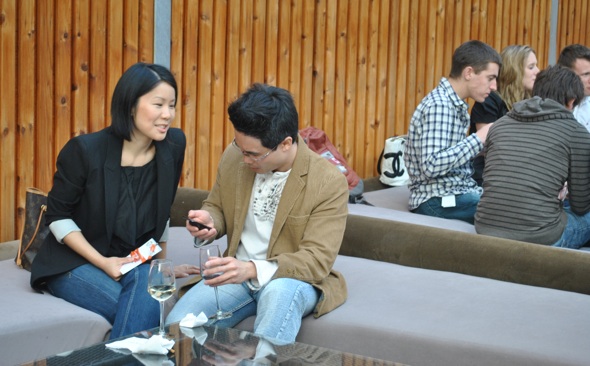 Mesh is known as much for the epic after-parties than for the daily content, and this year was no exception. Tuesday's after-party was held on the Spice Route patio, and was catered with all the wine you can drink (and trust me, that's a lot for tech folks) and treats like banana tempura. Last night's after-party was on the MaRS patio, but the highlight wasn't the BBQ food or raspberry-infused wine spritzers - it was the entertainment.

Remember that United Breaks Guitars video you laughed at last year and passed along to your mom? The singer behind it is musician Dave Carroll - he was on a panel about the real-time web earlier in the day, and regaled the crowd with his viral hit. Everyone seemed a little starstruck - myself included. After all, having millions of views on YouTube is like the Holy Grail of online video - it's enough to make an online marketer drool.

Overall the conference was overflowing with buzzwords (think transparency, engagement and authentic - we're all guilty of it) but provided some great insights into what's hot in tech now, and where it's heading. At the very least, it let people finally try the iPad - and hey, that's gotta be worth the ticket cost.