Hype is growing for the 2026 FIFA World Cup and its Toronto matches, with soccer fans excitedly buzzing over the city's participation in a mixed-bid tri-national North American hosting of the world's most-watched sporting event.

Toronto is set to host World Cup matches in BMO Field — which will undergo renovations for a substantial capacity increase — but that expansion will not be the only legacy of the tournament in Toronto, as plans are in motion to bring a new soccer-specific stadium to the city, supporting a local club while doubling as a potential training venue for the further development of soccer in Canada.

Woodbine Entertainment announced the new project back in March 2022 to bring a sports facility to a portion of its 684-acre land at Woodbine Racetrack in the Rexdale neighbourhood, and a new batch of renderings was recently revealed, offering what could be the first glimpse of a major update to the plan.

The complex is set to feature an 8,000-seat soccer-specific stadium with a natural grass pitch that meets FIFA professional standards, along with a 38,000-square-foot training facility, together forming a new hub for women's and men's soccer in the city.

Though it could serve as a key training venue during the 2026 World Cup, its primary tenant will be York United FC of the Canadian Premier League, which currently plays its home games at York University's York Lions Stadium.

Sporting venue design advisor and modular building specialists SixFive Stadiums has posted a series of new images of the planned soccer complex that reveal what appears to be a very different plan from what was announced in March, highlighting modular details that will allow capacity to be easily expanded as needed in the future. 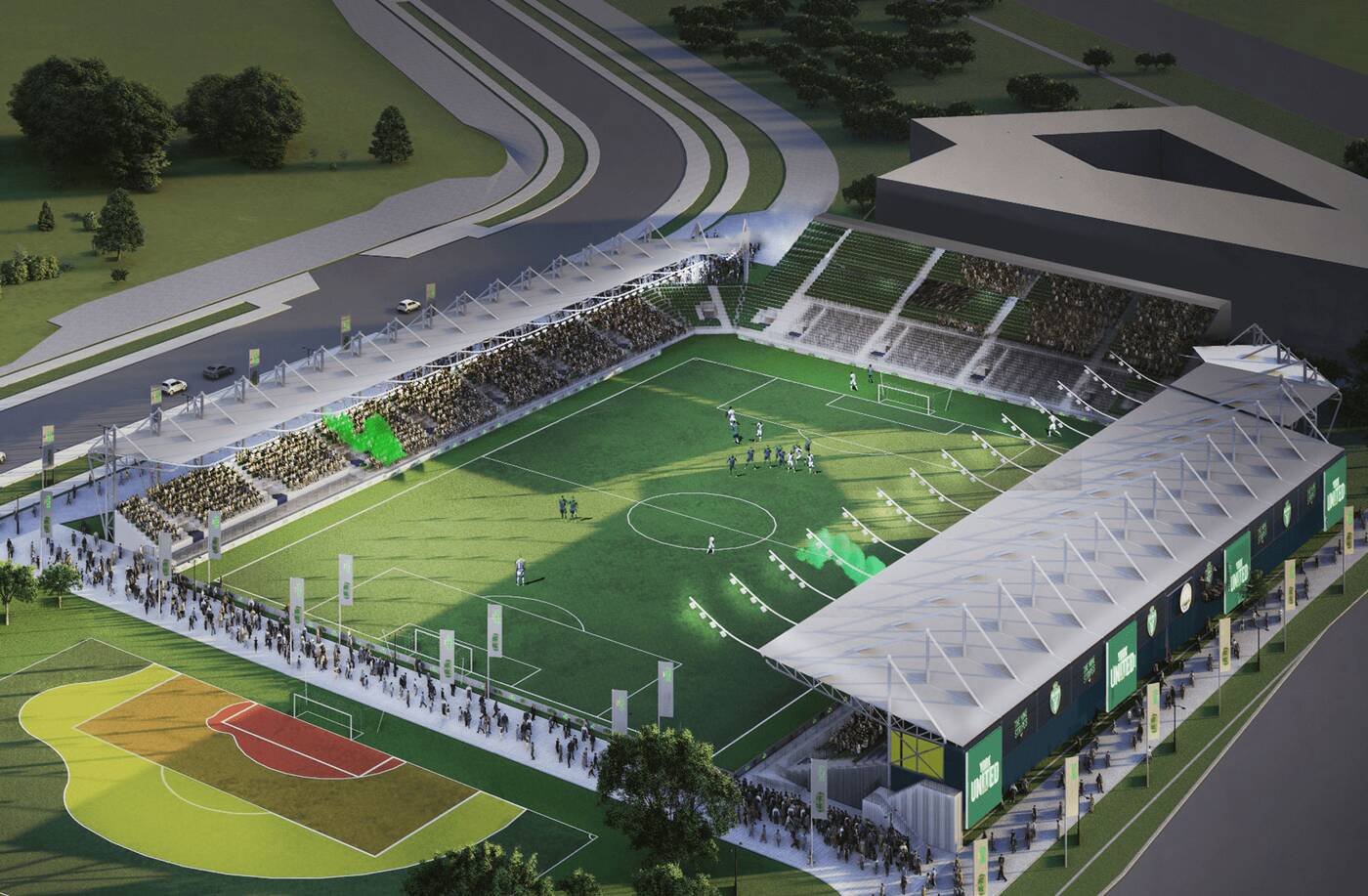 The unconfirmed update appears to replace an earlier design by stadium specialists Populous, though it appears to maintain the features promised with the initial design concept back in March.

The complex is envisioned as a destination for national soccer training, and would serve as the host venue for international federations preparing for major international events as well as the potential springboard to develop women's soccer in Canada.

Despite repeated attempts to squeeze a statement out of SixFive Stadiums confirming its involvement with the new stadium design, a representative of the company offered up little more than a hint that the company is "actively involved in developing purpose-driven infrastructure solutions across Canada and the US."

It has been a similar challenge to get anything out of York United FC A representative of the club shook off a request for comment, stating that "right now, the club has no further comment to make regarding our project with Woodbine Sports and Entertainment Group."

On its website — accompanied by very detailed renderings of a modular build with York United FC signage — SixFive boasts that its modular design systems can be produced at almost unbelievable speeds, citing the earthworks stage to a completed 2,500-5,000-seat venue in an astonishing 60 days.

For the new Woodbine facility's 8,000-seat size, the company claims that modular design would allow them to assemble a 7,500-to-10,000-seat facility in just three months.

If you've watched that same condo on your block under construction for years and wonder how such a feat would (theoretically) be possible, modular systems make heavy use of pre-fabricated design elements that drastically reduce construction times, or at least on-site construction times. 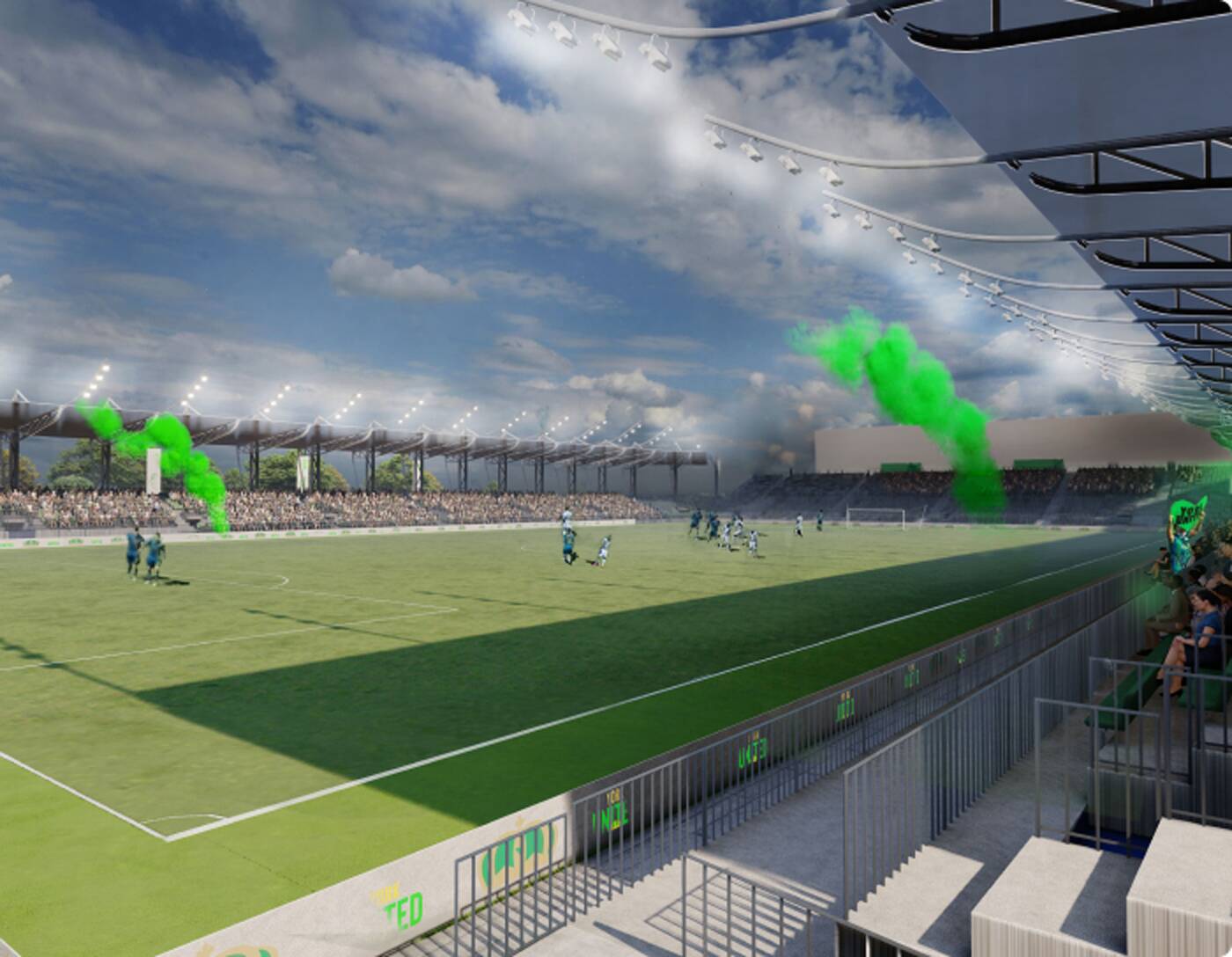 SixFive's website states that it can construct stadiums up to twice as fast as traditional concrete structures, allowing cheaper build costs and even cheaper labour costs, as steel elements are assembled like Lego blocks without the need for any on-site welding.

Woodbine Entertainment hopes the project will create another destination in its long-term Woodbine Community Plan, which will see the sparsely built-out site populated with new businesses, homes, and entertainment along with over 17,000 jobs.