Toronto's extravagant backyard skating rink has officially reopened for the winter with a number of upgrades, and owner David Weiss is thrilled to usher in a new season of winter sports for the whole community to enjoy.

The Rink of Dreams, located in Armour Heights, is half the size of a standard NHL rink and built with a refrigerated ice-making system.

It drew all kinds of skaters who were impressed by its size and beauty last winter, including but not limited to friends, a little league team, YouTubers NELK, hockey coach Pavel Barber and even Prime Minister Justin Trudeau.

This year, with a number of impressive improvements in place, Weiss hopes it will be another season full of fond memories made on the ice.

"Over this past spring and summer, we worked really hard to refine this experience in a way that more perfectly replicates the authenticity of an indoor skating experience while still capturing the breathtaking beauty the outdoors has to offer," Weiss tells blogTO.

The first of the improvements is an update to the lighting system, which now has even more customized outdoor weatherproof lights that can light up the ice's surface in any colour.

They added more moving beam lights which rotate and form circles on the ice, and they're also programmed to act as search lights in the sky, similarly to Scotiabank Arena. Weiss says they've also programmed these moving beams to shoot all types of colours into the forest right behind the rink.

The lights beaming down on the rink can also be synched up to music playing through the sound system, which has also gotten a few notable updates.

Weiss says they've upped the amplifier and made sure to get the best sound quality possible, and they've also created new playlists featuring all kinds of artists from Drake to Billy Joel.

"Thirdly, and most importantly, the quality of ice was greatly enhanced as we invested in a mini  Zamboni—the only one of its kind in Canada!" says Weiss.

"This mini Zamboni was specifically made for smaller sized rinks. That reduced our cleaning and resurfacing time from 30 minutes down to five minutes, so we can get more skaters on the ice for longer periods of time." 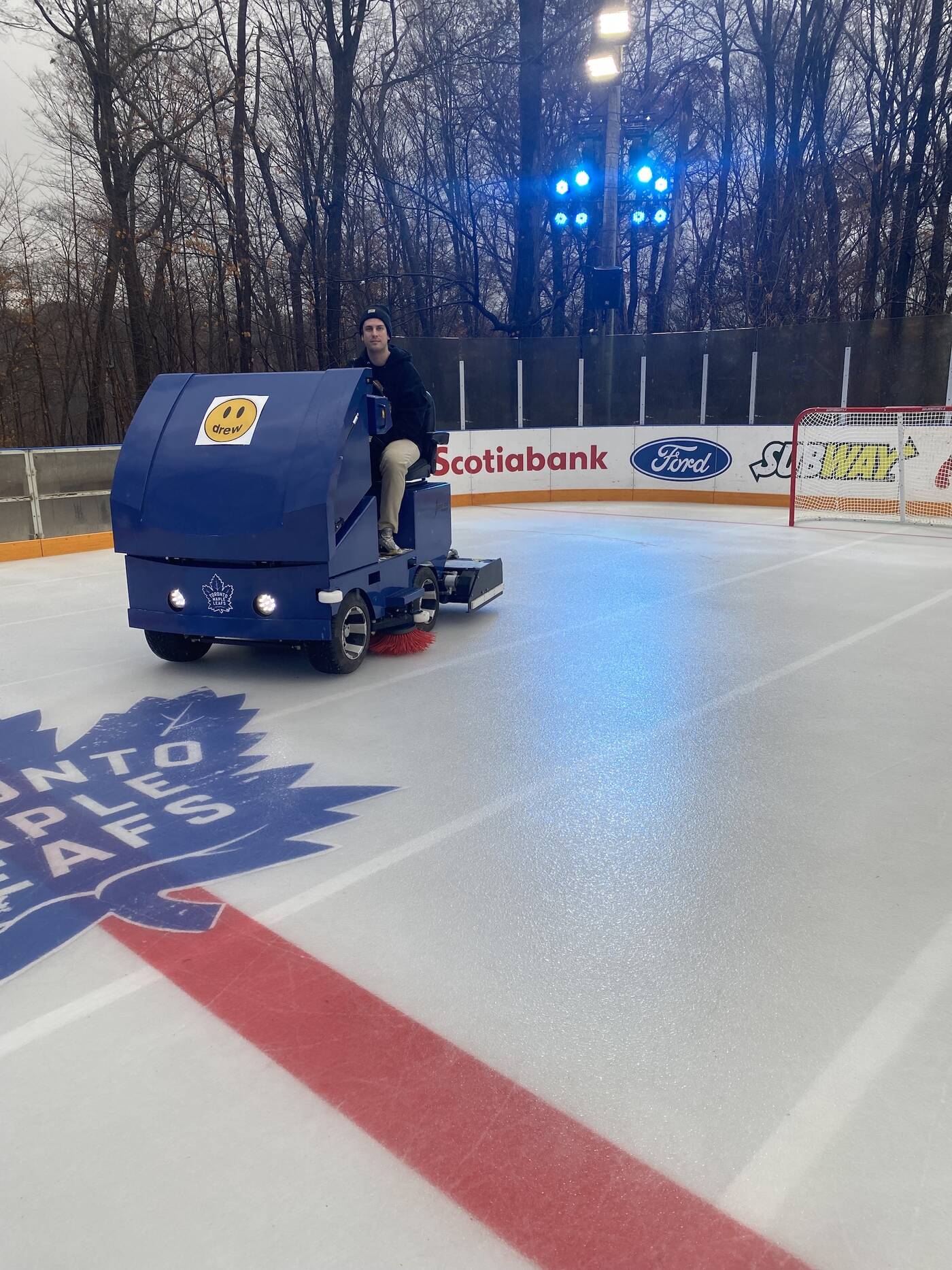 Their mini zamboni is the only one of its kind in Canada.

On top of all that, they've added a "Skybox," which is a special viewing area, like a private box in an arena, located in a glass enclosure inside the house specifically made to view the action on the rink. 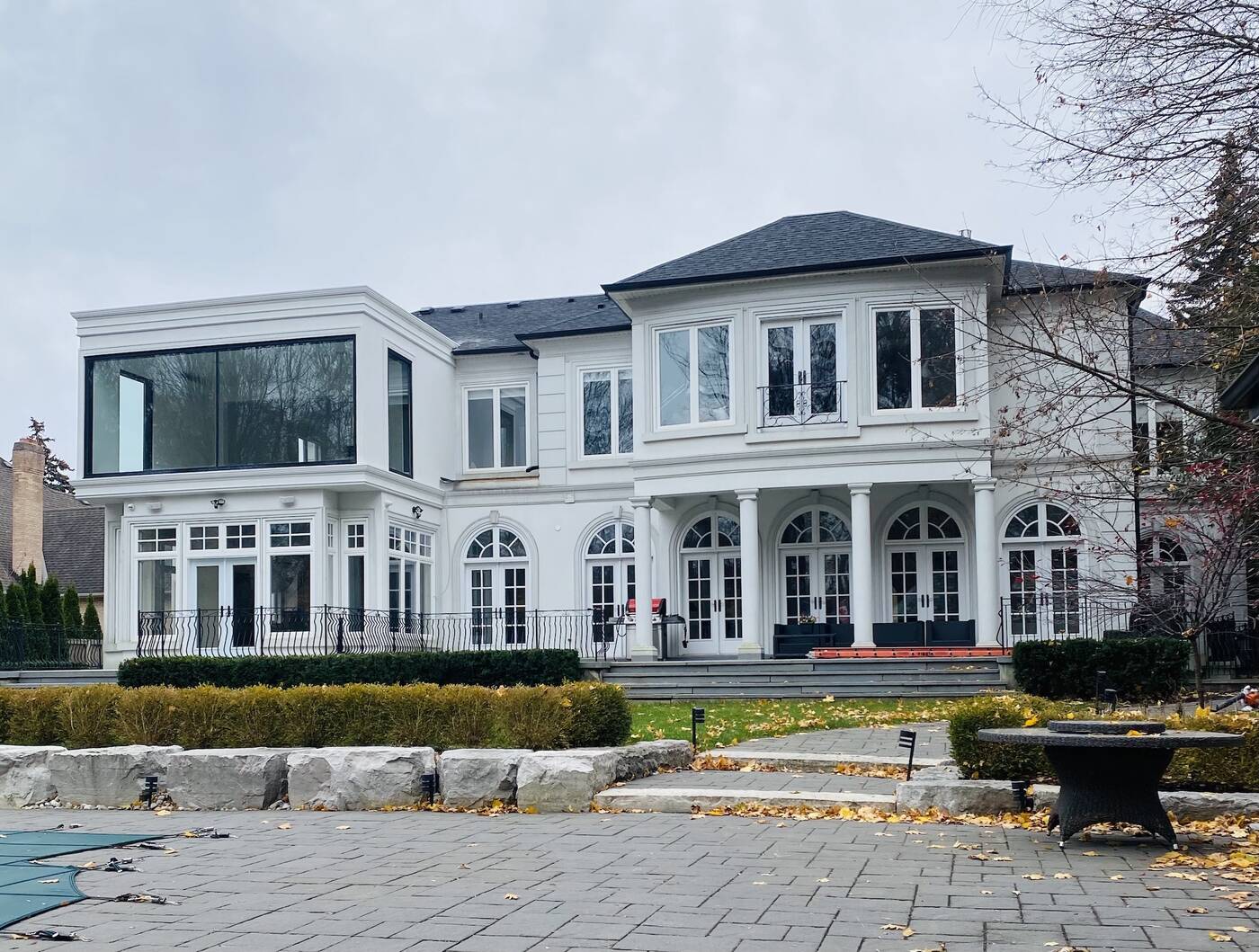 The new "Skybox" inside the house is meant to operate like a private box in an arena.

But while all these technical updates are certainly exciting, Weiss says his absolute favourite part about reopening and managing the rink is meeting new people.

Of course, he says it's also quite a treat when a well-known athlete or celebrity pays the rink a visit, and this year he's hoping someone who he sees as quintessentially Canadian, just like the rink itself, will stop by: Justin Bieber.

"Our dream would be inviting Justin Bieber to come skate, a true ambassador to Canada whose art captures everything we try to accomplish with the Rink of Dreams," he says. "We would like to extend a formal invite for him to come play hockey here and of course, if he'd like to Bring Auston Matthews, that would be welcome as well."