A backyard rink in the heart of Toronto was a childhood dream for resident David Weiss.

The rink is about half the size of a standard NHL rink but built with a refrigerated ice-making system, spectacular lighting and a professional sound system.

Weiss told blogTO he started to build the rink in his backyard in Armour Heights about eight years ago.

"It was a childhood dream because I wasn't fortunate to be in any type of organized sports or any type of hockey because my parents didn’t have the means to do it," Weiss said. 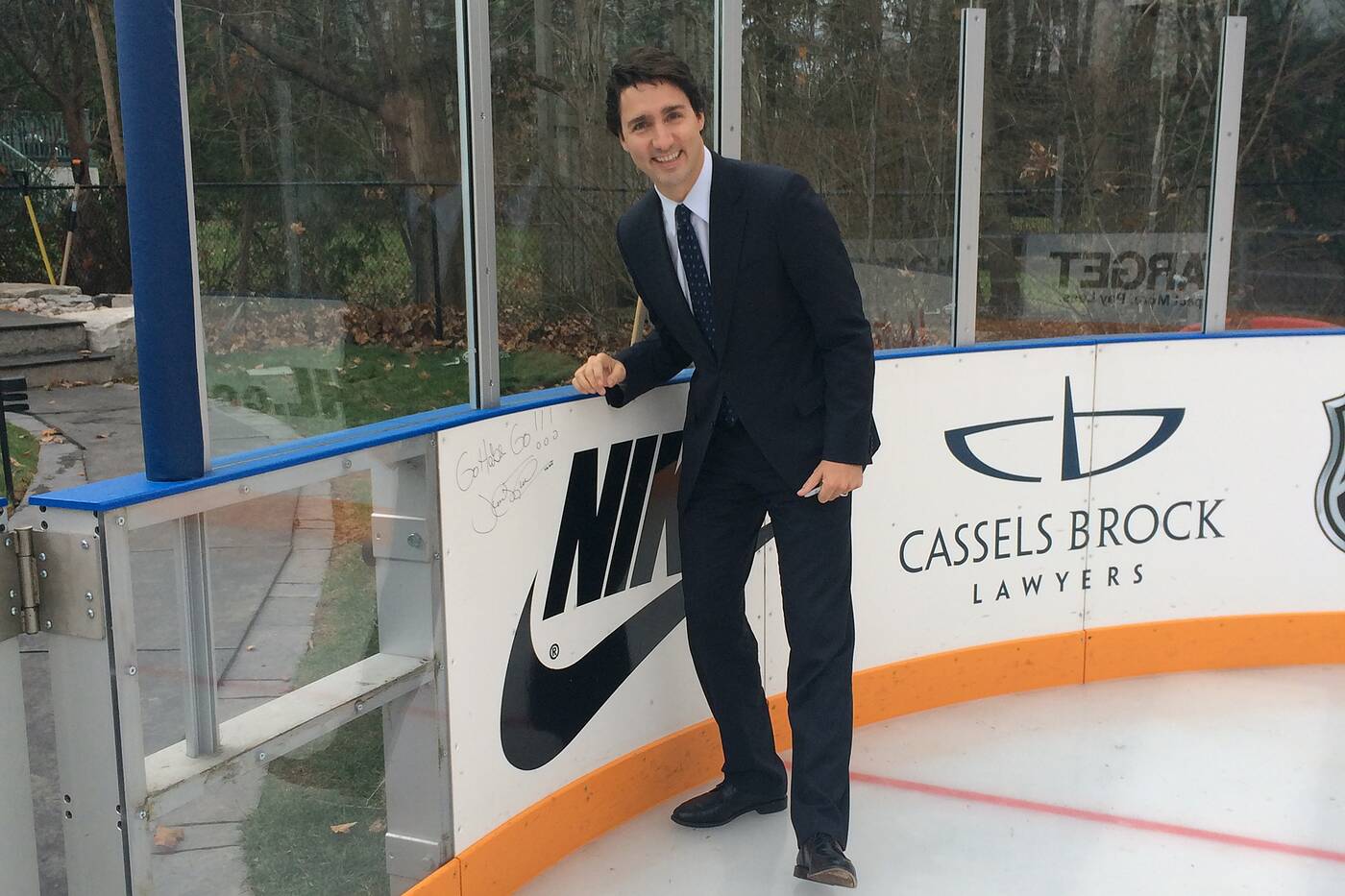 Justin Trudeau stopped by the rink and signed the boards in 2015, two months before he was elected as prime minister. He came to the Weiss home to be interviewed by a family friend for a documentary.

So he decided when he was older and had children of his own, he would offer them the best he could.

His three children, Alex, 21, a hockey player, and twins Ariel and Ashley, 19, have all made use of the rink over the years and particularly this year during the pandemic, Weiss said. 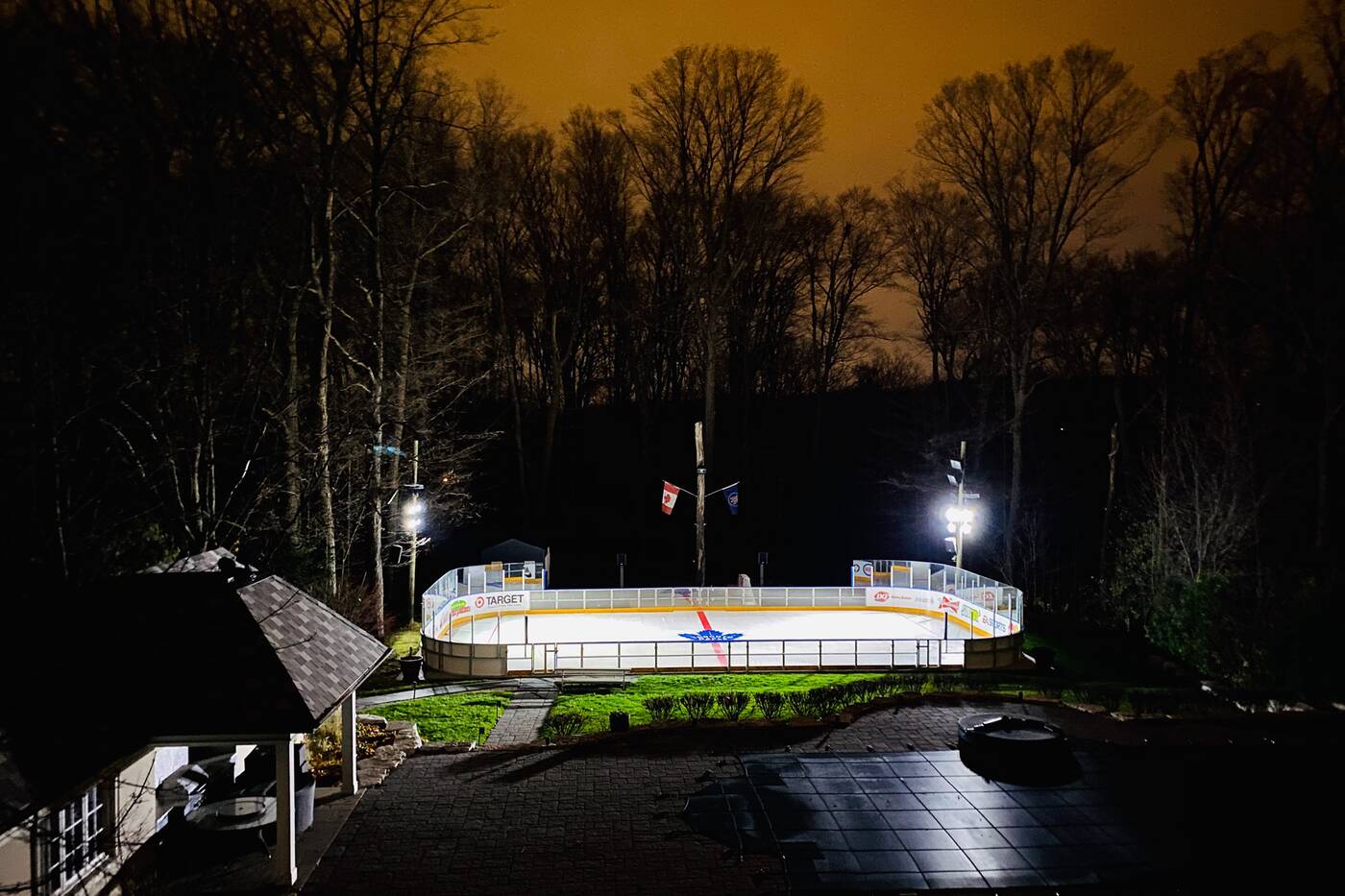 The rink has a professional lighting system.

He and his wife Elise also skate around the rink.

"We use it for pleasure skating."

Weiss also gets a lot of joy seeing kids from the neighbourhood and friends and family using the rink. 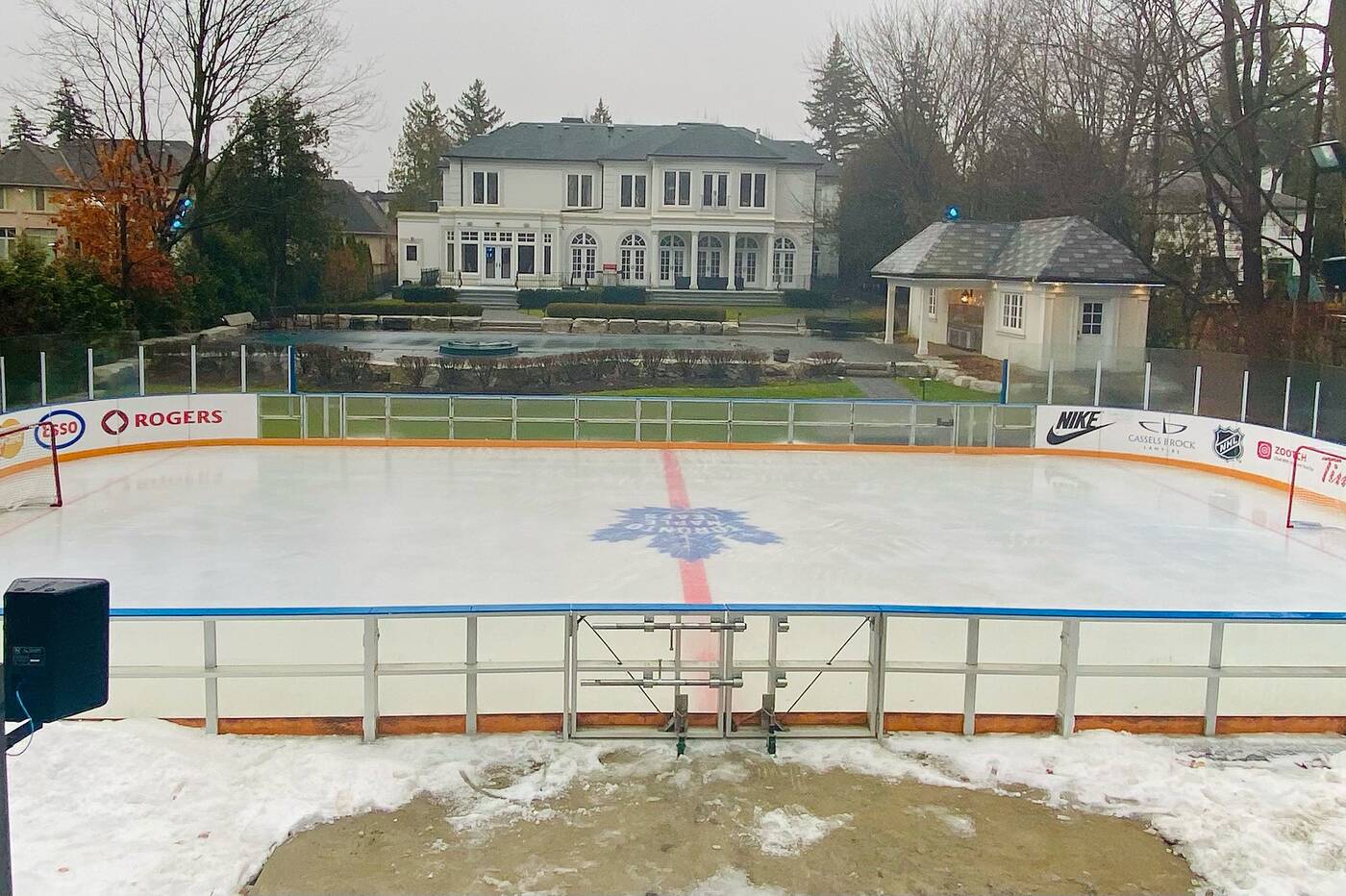 The rink is about half the size of a regulation NHL rink.

He has even had little league team members come out and use the rink.

The rink is spectacular, set in the wooded yard.

"One of the things to make a successful backyard rink is the ambience, you have got to have that," said Weiss.

"I wanted to mimic the Scotia (arena), I wanted to have that real authentic hockey experience," he said. 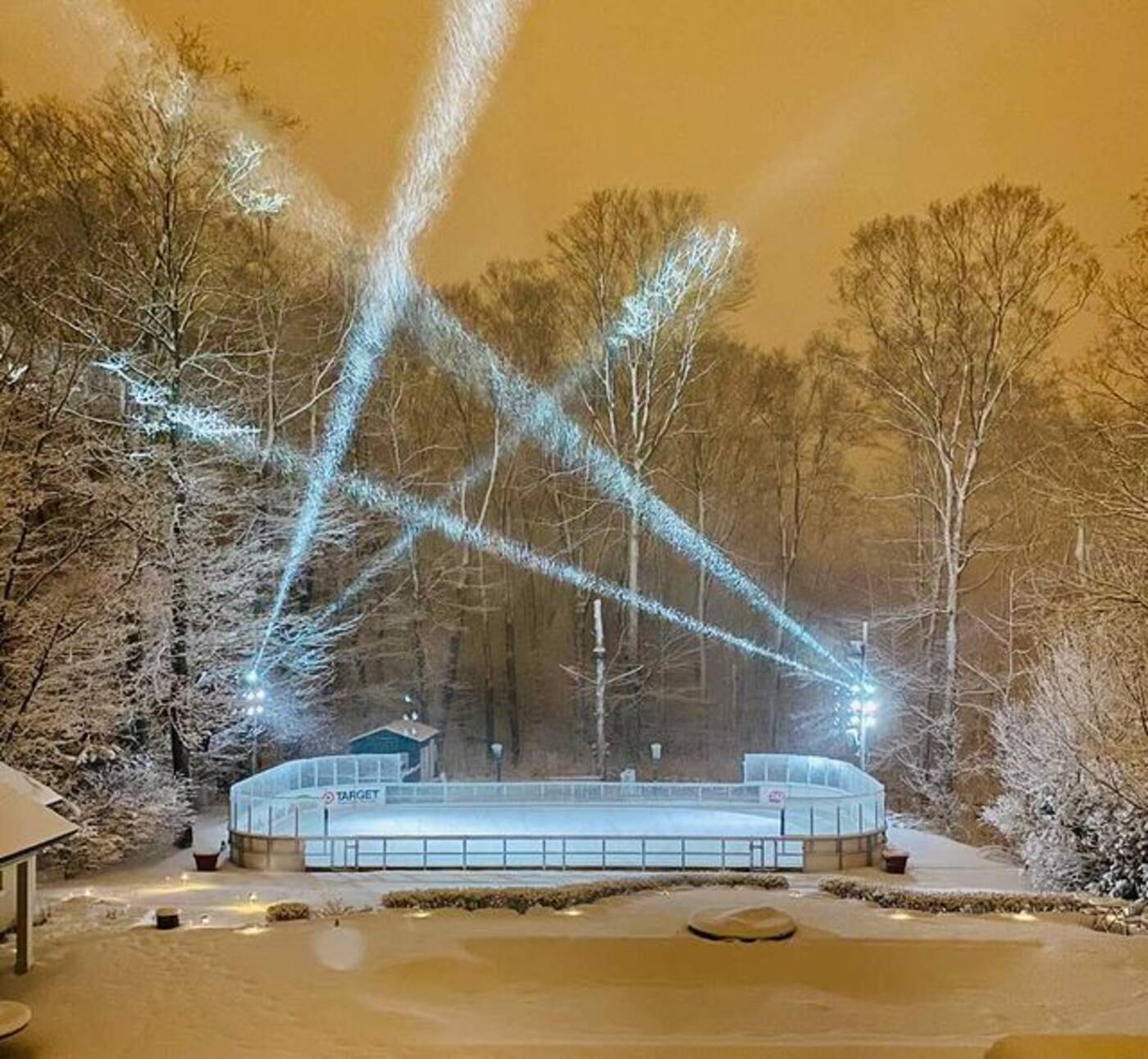 The rink looks beautiful in the snow.

When the ice comes out, it becomes a sports court used all seasons.

Recently the rink has caught the attention of the media.

After his wife Elise posted a beautiful snowy photo of the rink on Instagram the last month, people started to notice — such as YouTubers NELK and hockey coach Pavel Barber. Barber posted a video on YouTube about his experience on the rink. 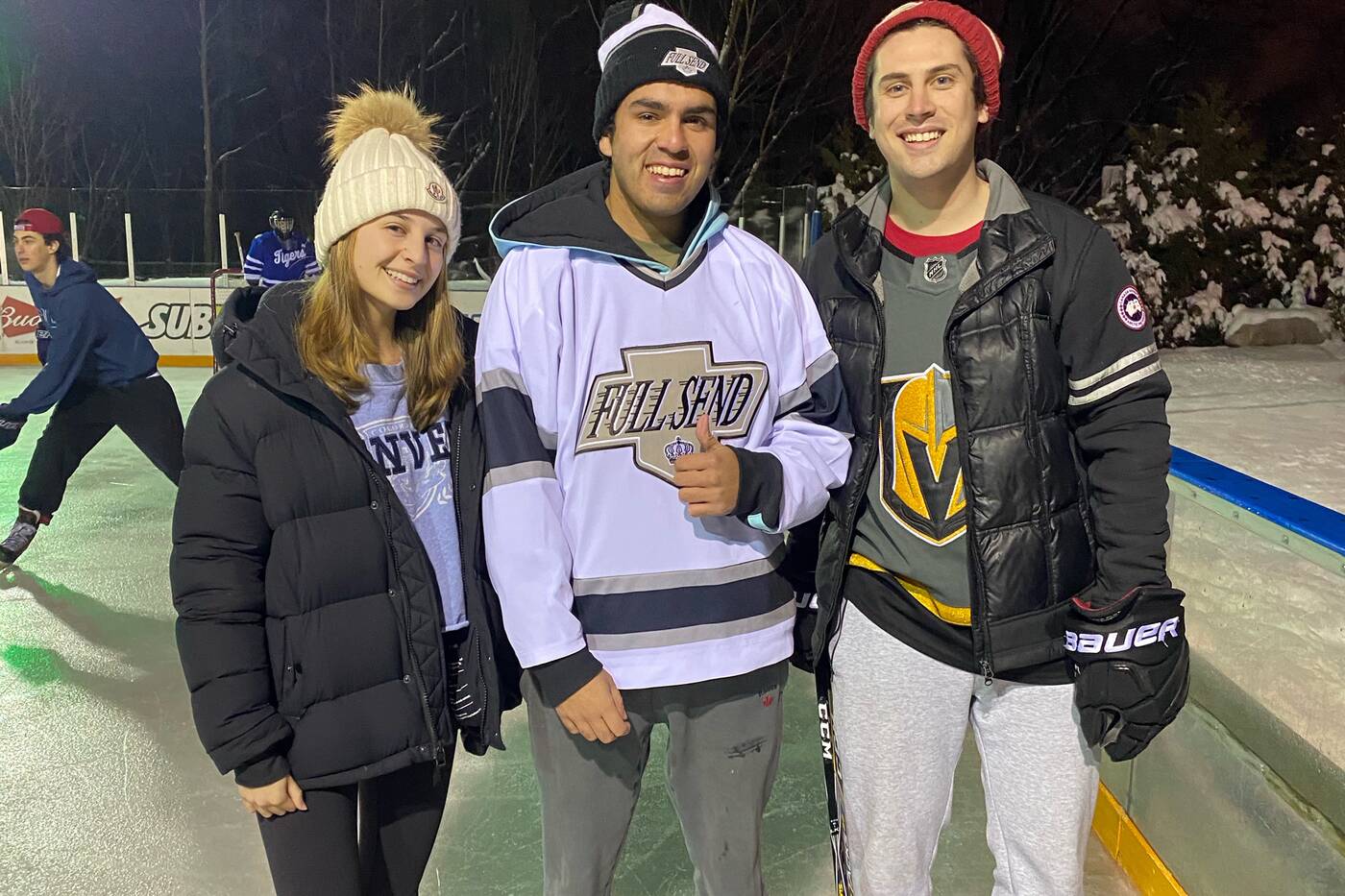 Weiss didn't seek out attention but has enjoyed getting some calls.

"For somebody who loves hockey — to get a phone call from the NHL that they want to feature it — I am freaking out," he said.

The NHL wanted to post a photo of the rink on social media and next week TSN is coming out to film, Weiss said.

But Elise said her husband didn't do it for recognition, he simply wanted to bring joy to their children and the other kids they invite to the rink.

"He is so passionate," she said. "This is what a father does for his children."