Reports hint that Toronto could actually be getting an NFL franchise

Gridiron fans rejoice, or maybe just prepare to rejoice. It looks like Toronto is one of four cities in the expansion crosshairs of the National Football League (NFL), with reports emerging that the league is hoping to become the last of the big four sports leagues with a cross-border presence.

NFL reporter, analyst, and general insider Benjamin Allbright was a guest on ESPN's BK & Ferrario podcast last week, touching on a range of topics before arriving at the NFL's long-discussed next steps in growing the league's audience.

Is the NFL considering expanding? And if so, how does that impact the St. Louis lawsuit? @AllbrightNFL explained today on #BKandFerrario.

Allbright says that the NFL is currently exploring expansion as a means of getting more eyes on the sport beyond the borders of the United States.

"I know they're looking into those options. One of the things that was floated out at the owners' meeting recently was the potential for expansion. They know they want to get to 18 games here in a season soon, and having 36 teams gives you a nice round number since 18 is half of 36 with regard to scheduling."

According to Allbright, "the four [cities] that have been thrown up as potential expansion sites to begin with would be London, Toronto, San Antonio, and then possibly St Louis."

But football fans should manage their expectations, as a Toronto NFL franchise isn't something Allbright expects will materialize any time soon, saying that "they're in the exploratory phase on that, so it's not something that's coming soon." 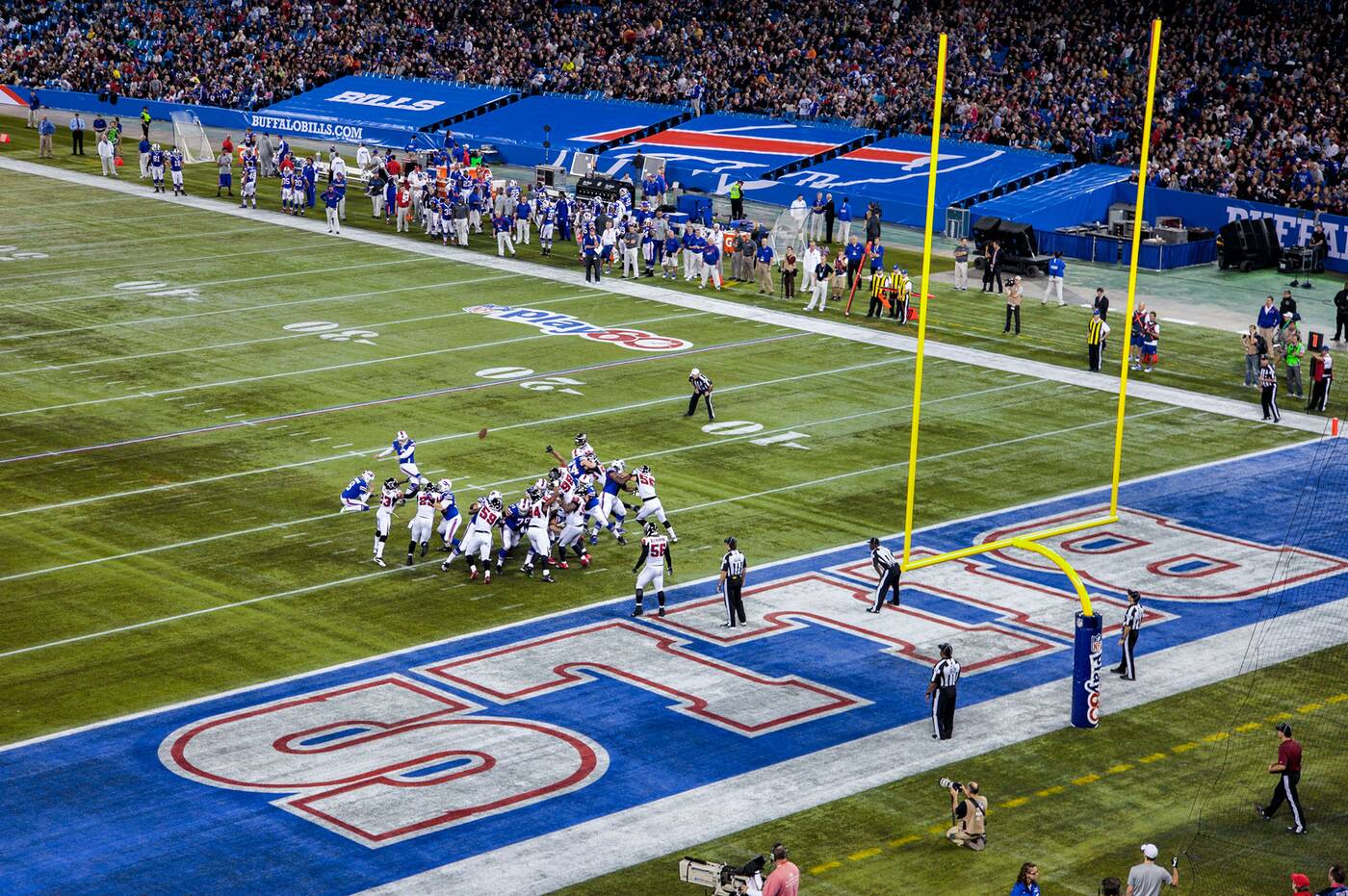 The Buffalo Bills face off against the Atlanta Falcons at the Rogers Centre in December, 2013. Photo by Jack Landau.

Toronto has a long history with the NFL dating back almost a century, and the first plans to bring an American Football franchise to the city came back in 1955.

Discussions of a Toronto NFL franchise have resurfaced again in the years since, including talks of moving the Buffalo Bills across the border. But none of these plans have ever left the drawing board.

From 2008 to 2013, the Bills did host a series of regular-season home games at the Rogers Centre, but the Bills Toronto Series was ultimately scrapped.

Allbright states that the league is currently asking questions like "is this feasible and financially viable" to determine what the next steps would be in making the NFL an international league.

Though, unlike the MLB, NHL, and NBA, the inclusion of London in expansion plans would make the NFL the first of the big-four sports leagues to go transcontinental.