A new, state-of-the-art tourist attraction thought to be on par with Ripley's Aquarium and the CN Tower is getting closer to setting down roots in Toronto — and, not so coincidentally, right next to Ripley's and the CN Tower.

The Vancouver-based "hospitality experience" company Pursuit announced last summer that it was planning to expand its popular FlyOver Canada brand into Toronto by 2022.

While the high-tech flight simulator itself seems cool, what got the attention of many at the time is where the proposed ride would be built: In the triangular space between Bremner Boulevard, Ripley's, The CN Tower and The Roger's Centre. 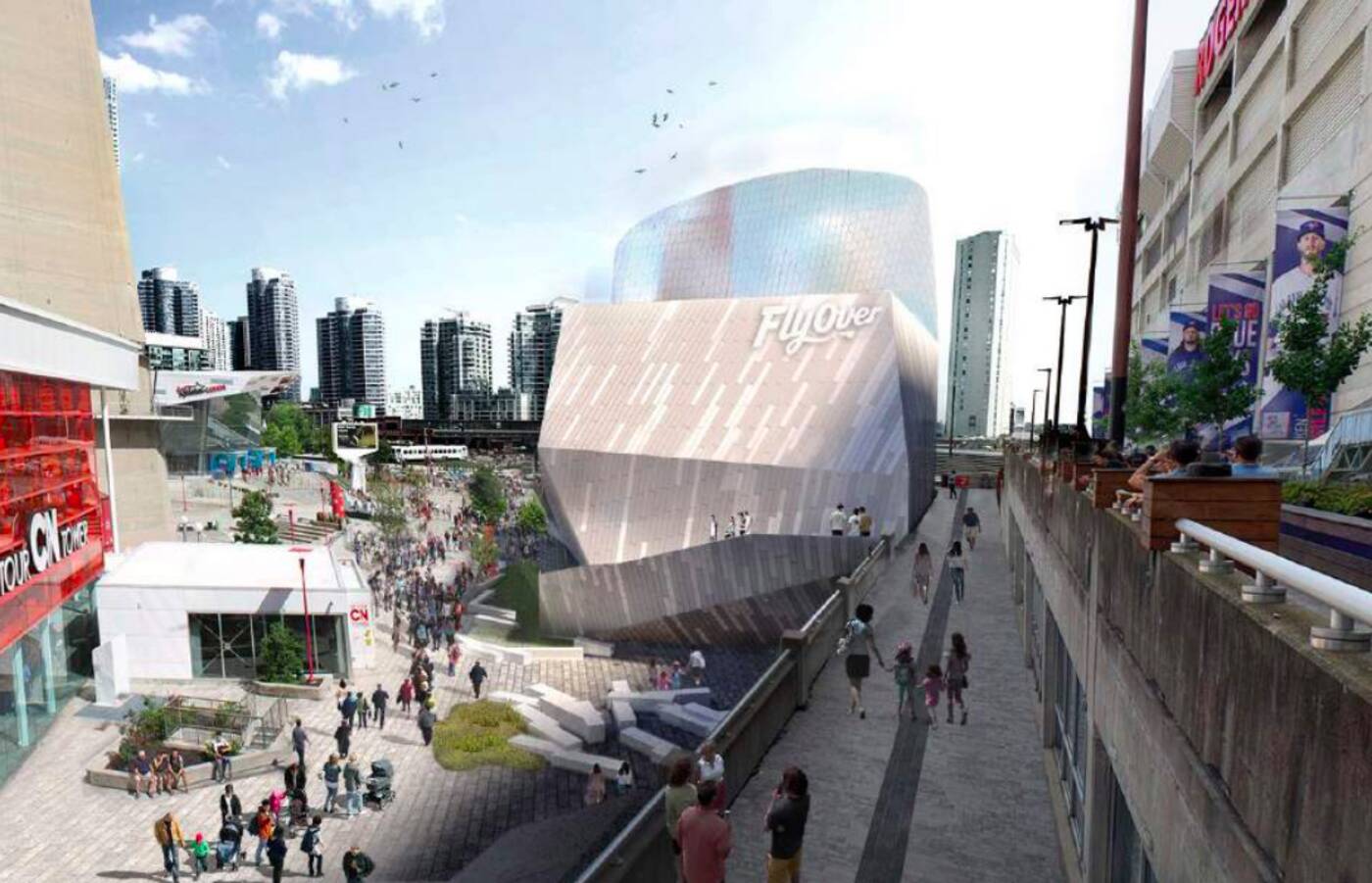 A development application submitted to the City of Toronto a few weeks ago gives us a better idea of what this trifecta of tourist attractions might look like as a whole when it becomes a quartet.

And make no mistake, it almost certainly will come to be: The Canada Lands Company, which owns the CN Tower, declared it to be so by hand-selecting FlyOver Canada to occupy the land last year.

Construction on the four-storey, 2,634-square-foot building is expected to begin sometime this year. 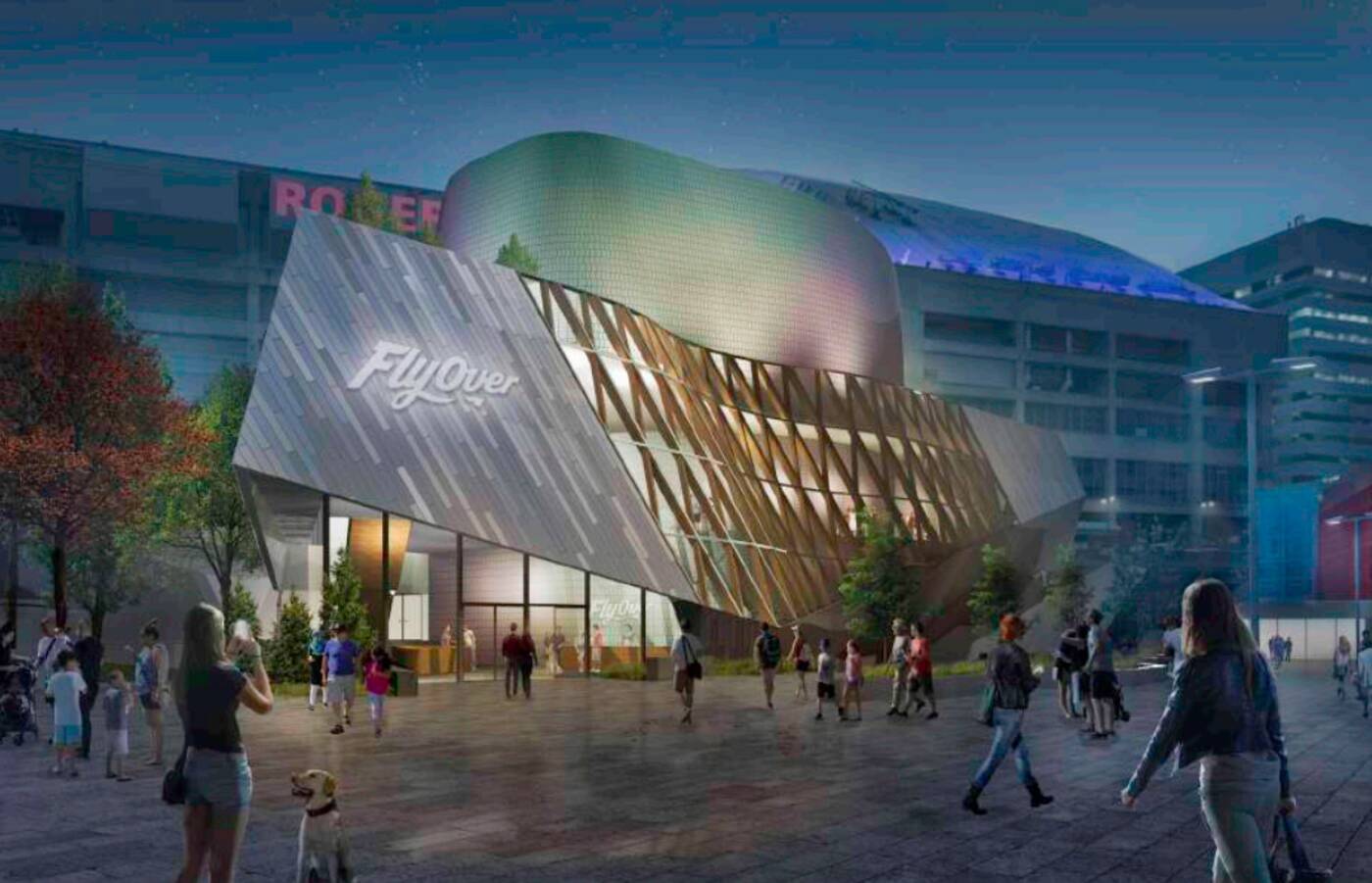 It will be modelled after the company's existing popular attractions in Iceland and Vancouver.

"In Toronto, FlyOver is proposing to construct a flying theatre simulator that will take guests on a 6,000 kilometre virtual journey across Canada’s iconic landscapes and beautiful vistas," reads a planning brief for the project at 292 Bremner Blvd.

"Using state-of-the-art audiovisual technology, the experience will be enhanced through special effects, including wind, mist, and scents, combined with the ride’s motion, to create an immersive flying experience for guests." 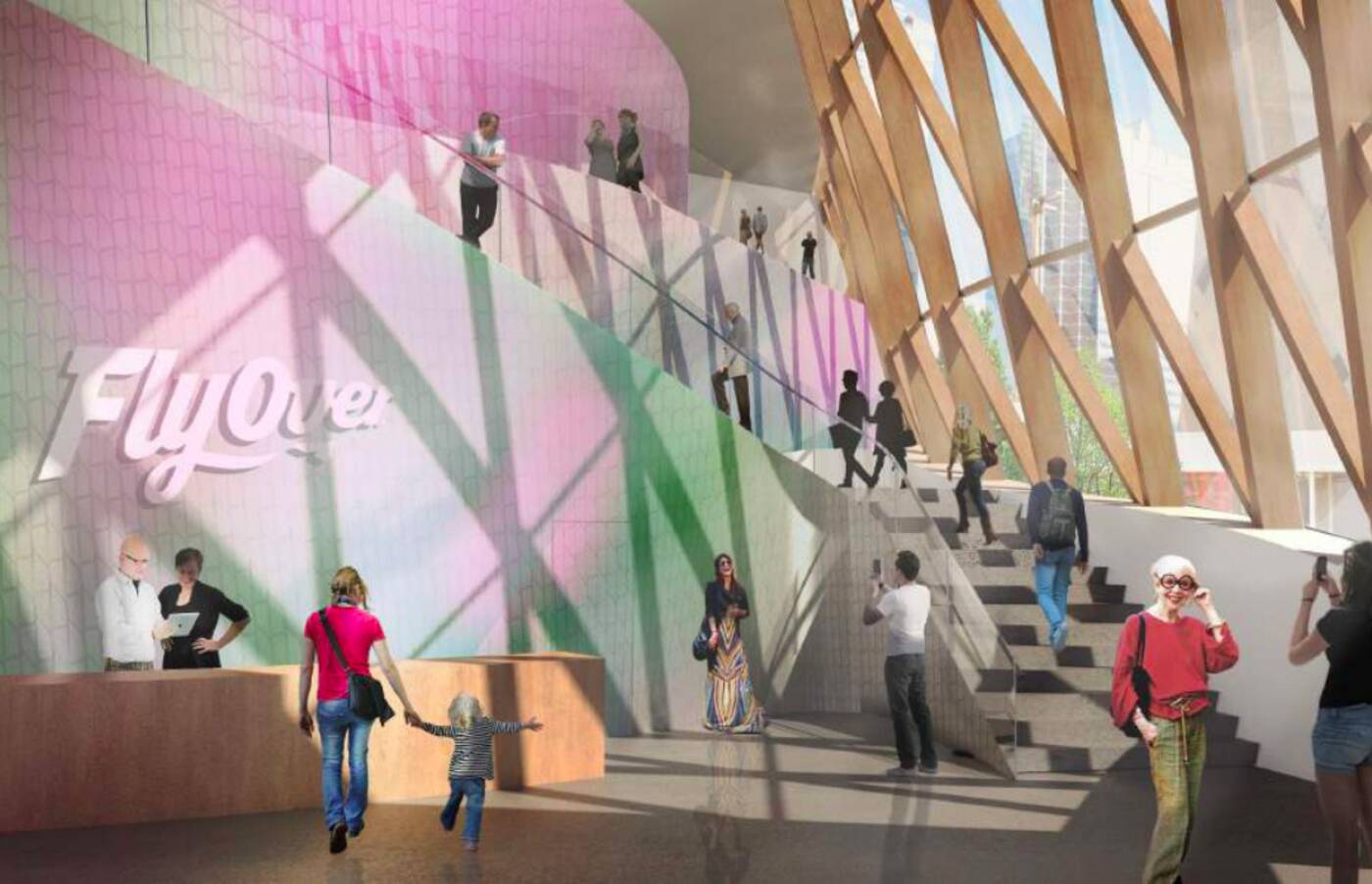 This flight theatre will accomodate a total of 88 seated guests, all with their feet dangling in front of a 23 metre by 17.5 metre spherical screen.

The building Pursuit plans to house its attraction in is described as "architecturally distinctive" and is designed by the Calgary-based Sturgess Arthictecture in collaboration with Toronto's own PLANT Architect Inc., which has "created a high-quality landscaped setting in which the proposed building will be situated."

Along with a landscape concept that draws pedestrians "through a sequence of three distinctly Canadian ecological and geological landscapes," the building will boast a rooftop viewing area on the fourth floor. 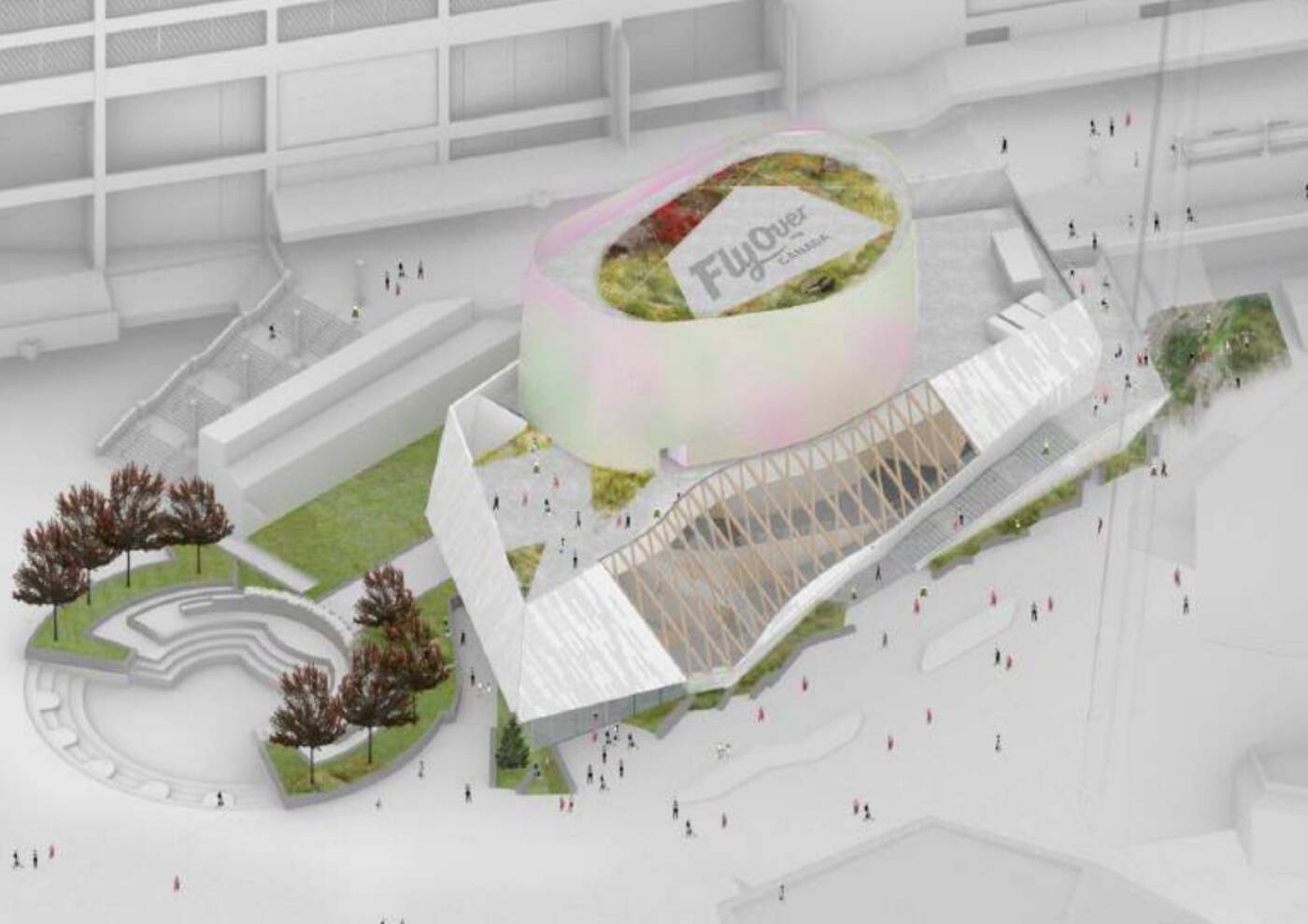 All that's needed to move forward is the City of Toronto's approval of "two minor variances" to okay the proposed development as planned, one of them related to height and one related to the amount of retail space allowed.

"In our opinion, the proposed building and landscape treatment represents a positive contribution to Toronto’s urban fabric" reads the proposal.

"The flying theatre will complement the existing entertainment attractions in the area, particularly the CN Tower, Rogers Centre, and Ripley's Aquarium, enhancing on the existing tourist experiences in the area."