It's always exciting to spot a celebrity in public, especially when they're actual celebrities!

Disgraced dental hygiene student and car show butt model Marcella Zoia isn't one, in the traditional sense, as the word "celebrity" implies that someone is celebrated in the public eye.

The 19-year-old meme subject is, however, known to anyone who follows local news in Toronto for whipping a chair off the balcony of a downtown high rise over the Gardiner Expressway last February.

Zoia, who pled guilty to charges of mischief endangering life on Friday, was spotted sitting courtside at Scotiabank Arena last night as the Toronto Raptors faced off against the Orlando Magic.

And by "spotted," I mean she posted pictures of herself to Instagram Stories. Obviously. 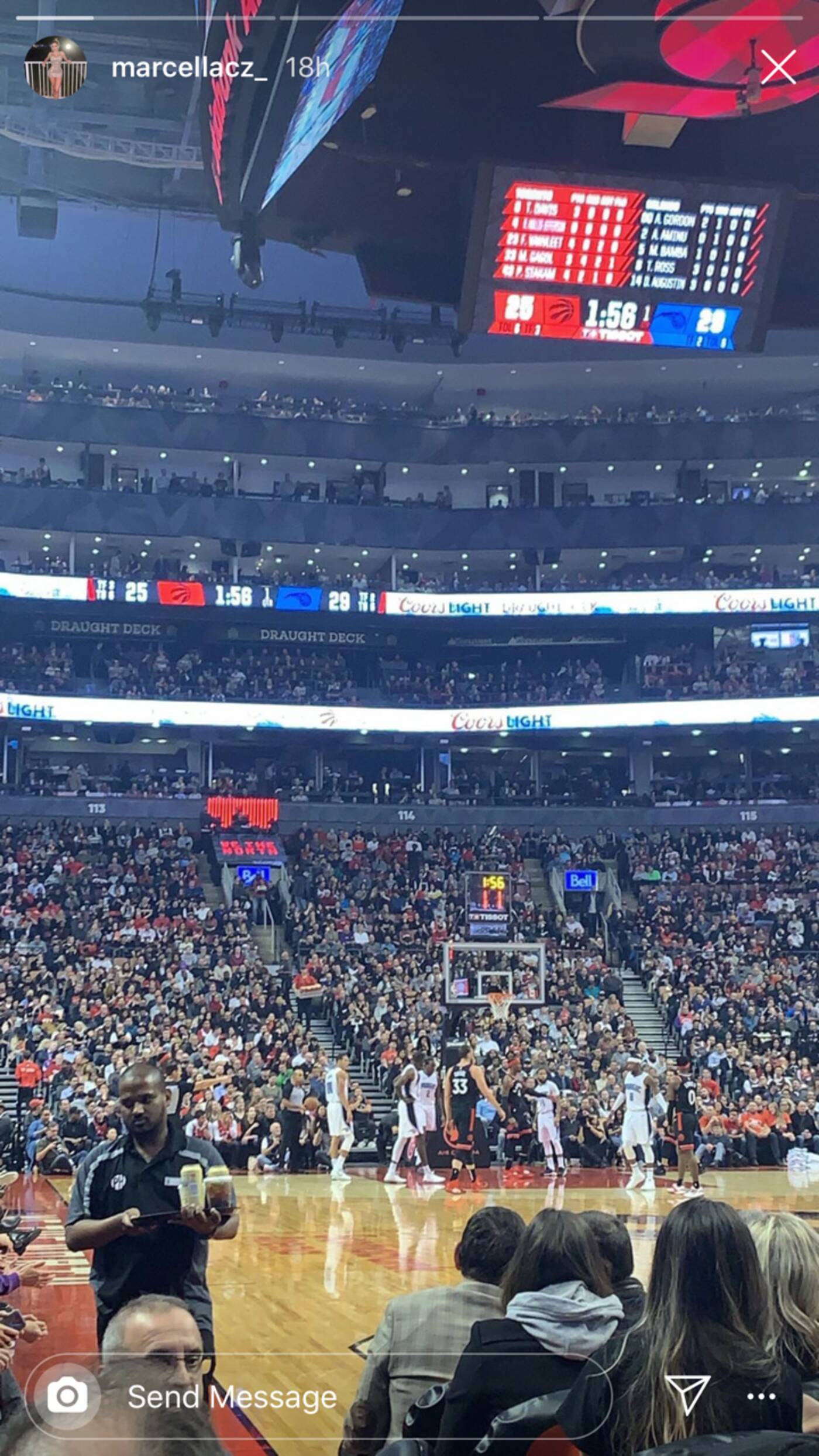 Toronto doesn't see many stars sitting courtside outside of the playoffs, save for when Drake is in town (Bianca Andreescu and Penny Oleksiak's recent hang out aside) but that still doesn't make Zoia's appearance at the game newsworthy.

What makes this story interesting is that Zoia, who will be sentenced for her role in the now-infamous chair tossing incident on January 14, could very well be headed to jail soon.

Crown prosecutors are pushing for a maximum sentence of six months, though Zoia's lawyer, Greg Leslie, maintains that this punishment would be excessive given the young woman's age and the fact that she is remorseful. 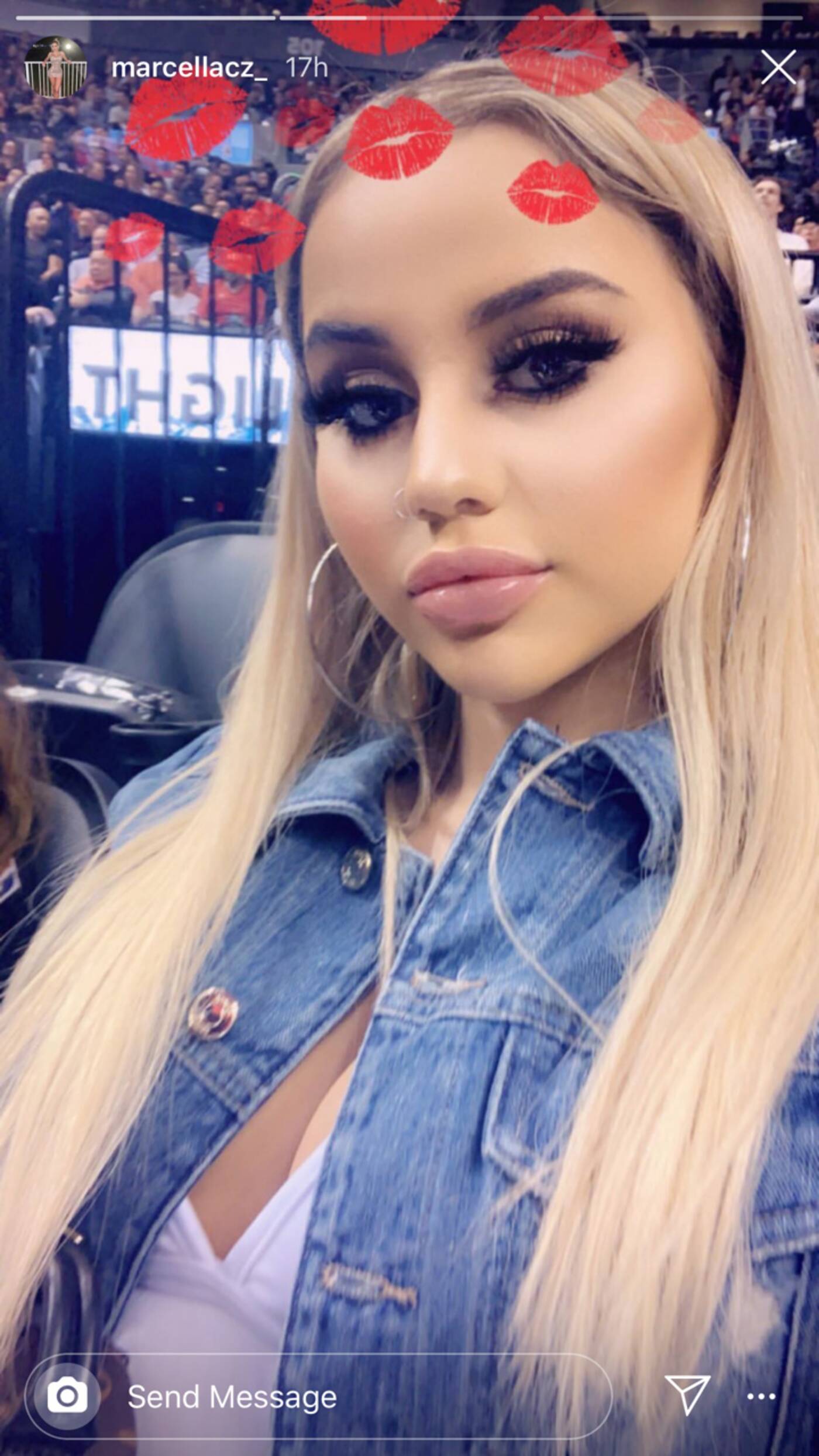 Nineteen-year-old Marcella Zoia's lawyer has argued that she shouldn't be sentenced to jail time over her famous chair-throwing stunt due to her young age. Image via @marcella_cz.

Leslie told reporters at the first court hearing Zoia actually showed up for on Friday that his client is "suffering from anxiety" as the result of her case.

Some might say that flossing courtside at an NBA game is a bad look for someone trying to show a judge how sorry they are for the illegal actions that gained them notoriety.

You know, in addition to six months worth of posting party footage to Instagram and skipping court dates for vacations. Just saying.