After a brief period of lying low following her boozy, near-disastrous Instagram live chat in April, the viral video star Toronto loves to hate is back in action on IG. Big time.

Marcella Zoia, who earlier this year was arrested and charged for throwing a patio chair off the balcony of a downtown Toronto highrise building, appears to be in Punta Cana right now with friends, doing normal things for a 19-year-old girl on vacation.

Unfortunately for Zoia, she's not just any traveller: she's a traveller facing serious charges of mischief endangering life and damage to property over $5,000 in ongoing court case with intense public interest.

Jail time is a real possibility for the young woman, who's already been expelled from her dental hygeine program at school and whose lawyer has said is hoping for a complete discharge.

She was released on $2,000 bail after surrendering to Toronto Police back in February, but under strict conditions that include living with her mother and staying away from those who were with her during the chair toss, among other things.

And yet, despite taking some serious public heat last month over mere rumours of cocaine use, she seems to have no problem showing off how hard she's been partying in recent days.

Toronto's "chair girl" appears to be living it up in the Caribbean ahead of her next court date. pic.twitter.com/RcreJM8Ea4

Zoia has been posting a consistent stream of photo and video content to her Instagram Stories feed since Sunday. Much of it is of the "moving selfie" variety, but equally as much of it revolves around alcohol and haters.

Shots of champagne and steak dinners are interspersed with shots being poured glasses cheersing throughout the woman's IG story.

At one point, we see what appears to be Zoia holding a Juul vape device in Louis Vuitton logo wrap.

Her most recent video has a text overlay that says "I been zooked," which is a slang word that means "extremely high," according to Urban Dictionary.

I'm no lawyer, but it's probably not the best look for someone trying to prove that was simply peer pressured into making a mistake on February 9 when she threw a chair from the balcony of a condo near York and Front Streets.

Zoia also has another court date coming up in just a few weeks, on June 14, though it is not yet known if she'll show up or send her lawyer, Greg Leslie, as she has now done at least three times.

What she did reveal on Instagram yesterday was that she continues to recieve a ton of hate from randoms. 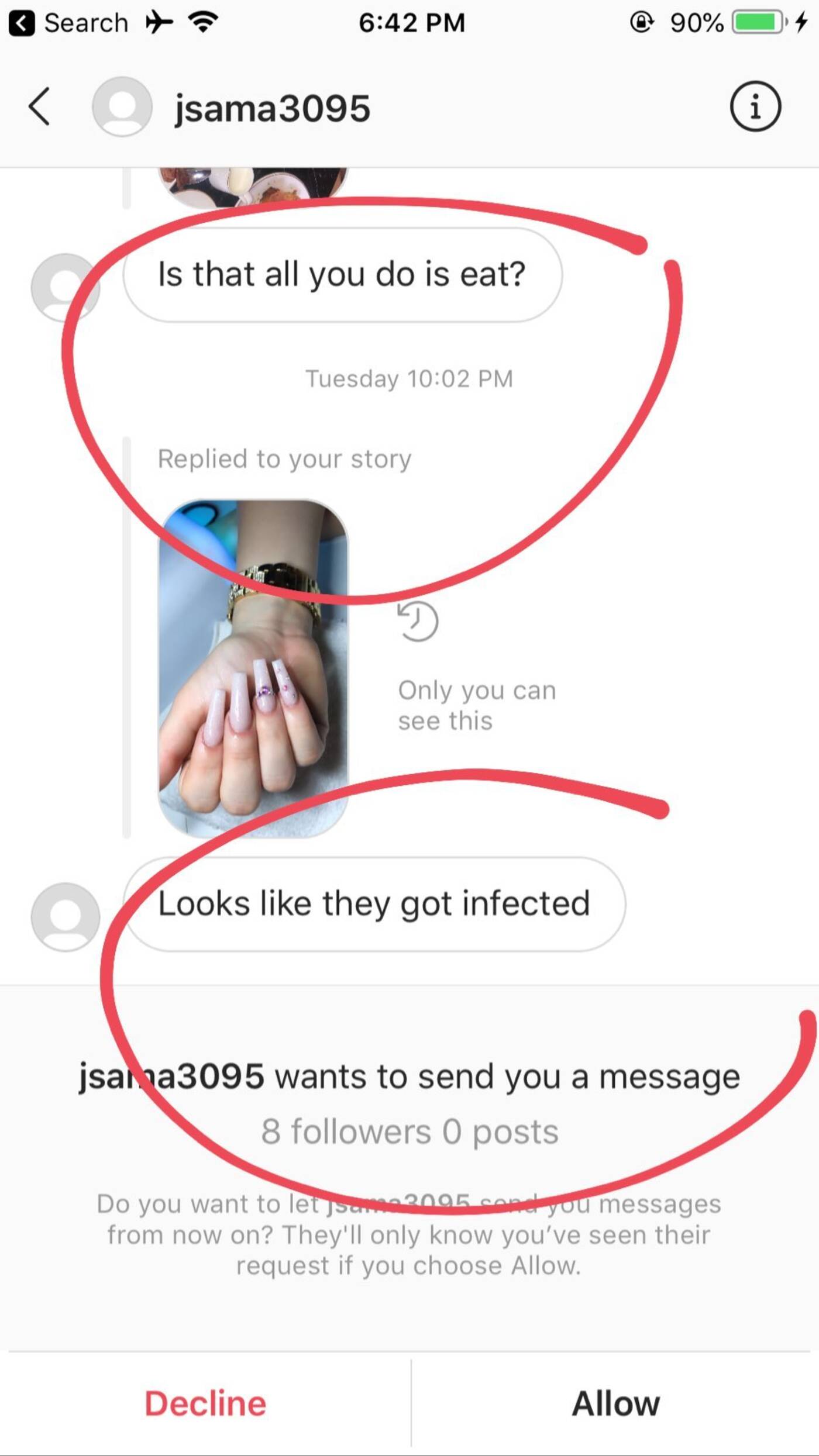 "So many people I don’t know and so many fake accounts all over my DM’s hating… Imma start exposing y'all," she wrote in a text post on Sunday. "How are people not embarrassed to be constantly messaging someone they don't know and can’t even get an answer back like damn I could never."

Zoia shared screenshots of messages from Instagram users in which they call her a "loser" and "fake, repeatedly try to start video chats, or act gross and thirsty in general.

Zoia isn't necessarily opposed to being contacted, however

"Aside from all the hate, I appreciate all the love and positivity even though I don't answer a lot of my messages," she wrote. "If you ain't got no haters you ain't poppin'”"