Over 100,000 people packed Nathan Phillips Square in Toronto for the Raptors' celebrations yesterday and it was tough to miss the people who decided to mark the occasion by climbing the iconic arches.

Self-described Raptors super-fan Joseph Messi was among those who braved the climb and numerous photos from the day capture him high above the crowd. 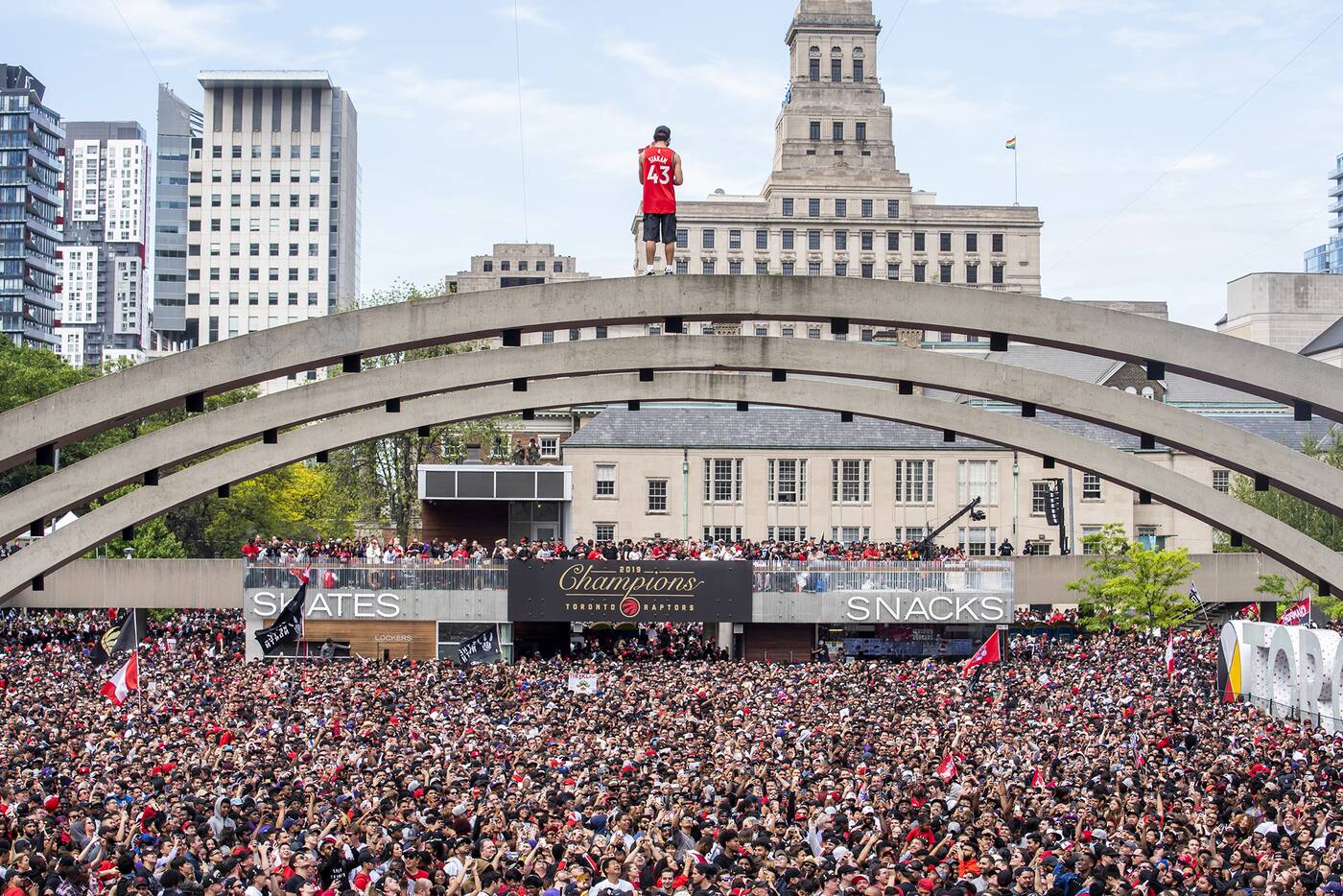 Joseph Messi climbed all the way to the top of the arches at Nathan Phillips Square. Photo by Hector Vasquez.

Messi, who went to Jurassic Park for every NBA Finals game, said he was filled with so much pride and excitement that he just had to do something drastic.

“My brother said don’t do it, but I couldn’t control myself,” he said. “I had so much love, excitement and support for the Toronto Raptors so I just jumped in and everyone started cheering ‘MVP’.” 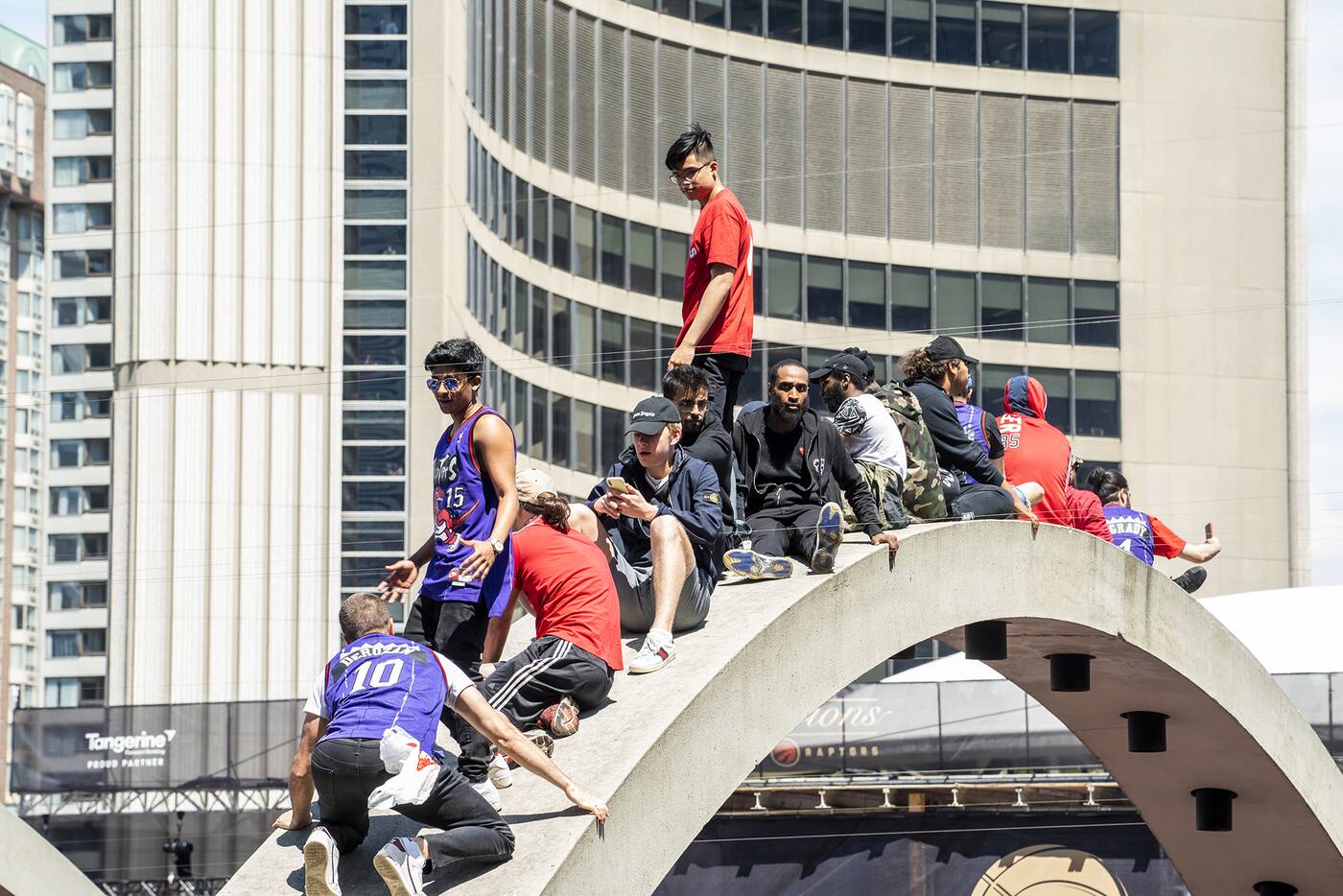 Plenty of Raptors fans decided to climb the arches during the Raptors' celebrations at Nathan Phillips Square. Photo by Hector Vasquez.

Other hardcore fans were seen climbing the arches too as well as traffic lights, the Toronto sign, scaffolding and more all across the city.

Messi said he was prepared to get down if a security guard or police officer told him to, and even though no one did, he decided to come down when he saw others climbing the arches because he worried for their safety. 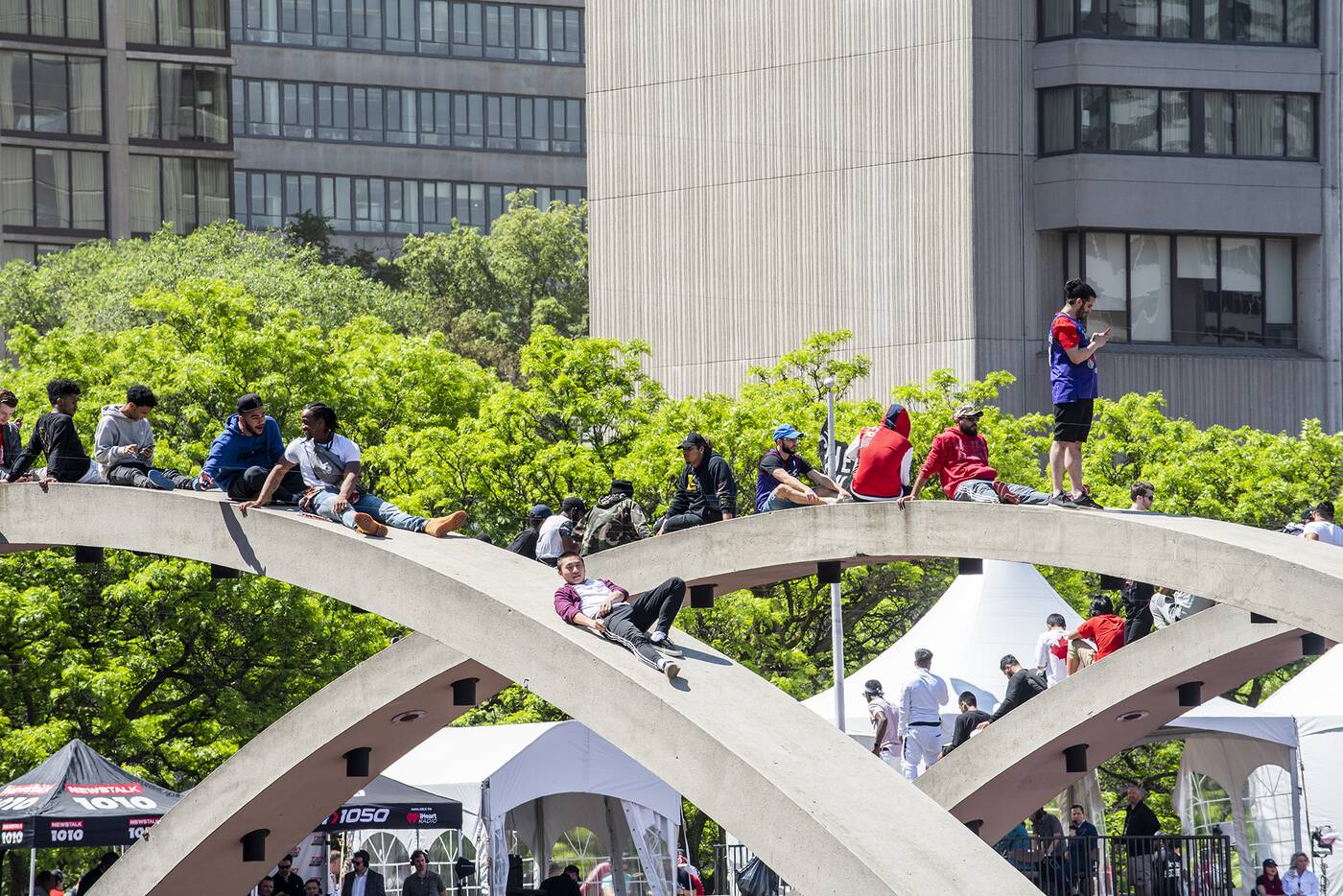 Fans took all sorts of positions on the arches to try to get a better view of the festivities. Photo by Hector Vasquez.

Although Messi said he got off by choice, all climbers were eventually told to get down before the speeches could continue.

Kudos to whoever at Nathan Phillips Square got the idiots down off the arches by announcing that the Raptors wouldn't come out until they were down. (It's going to be at least an hour before the team will get there). #WeTheNorth

Still, he said the climb was no big deal for him. He also climbed a large pole at Yonge and Dundas Square to celebrate the Raptors.

Hey idiots, please don't climb the arches at Nathan Phillips... It's really dangerous getting down from those things.

Messi said he used to live in France and during the World Cup, he would always find something to climb.

Just one of many examples. How hard to not have security or police stationed at each entry point here to stop people from climbing the arches. Not a huge surprise to have known this would happen at an event of this magnitude #SuchAFail pic.twitter.com/7tXXO5bIYy

“When France won the world cup, I was planning to climb the Eiffel Tower,” he said. “But there’s just too much security. If there wasn’t any security, no doubt I would’ve climbed it.”

Messi said his climbing days are far from over.

A #Raptors fan climbed up on the arches at Nathan Phillips Square #Toronto #WeTheNorth #WeTheNorthDay pic.twitter.com/HCg72jJjsm

“I like to always do different things,” he said. “Next time it will be a surprise. I want to be the Raptors spider-man. I’m ready for it.”