Raptors fans are climbing seemingly every elevated surface in downtown Toronto to catch a glimpse of the championship parade.

One fan somehow climbed the Nathan Phillips Square arches to rise above the sea of thousands of people crowded outside of city hall.

A #Raptors fan climbed up on the arches at Nathan Phillips Square #Toronto #WeTheNorth #WeTheNorthDay pic.twitter.com/HCg72jJjsm

To get a bird's eye view of the parade, one man is doing the CN Tower EdgeWalk.

.@raptors fans really doing ANYTHING for a view of the parade 😂#WeTheNorthDay | @raptors pic.twitter.com/bqDyW98umF

At Nathan Phillips Square, fans are hoisting each other up to get a better vantage point of the rally that will commence at the end of the parade.

#Raptors fans are climbing everything they can to get a better view of the #RaptorsParade in #Toronto 🏀 #WeTheNorth #WeTheNorthDay pic.twitter.com/313riQAbMG

All of the gates surrounding the square are lined with people, and every TTC bus that’s barricading streets is topped with fans. Even a garbage truck is crowded with people.

At the corner of Queen Street West and University Avenue, fans climbed streetlights at every corner. Even a man with a ruptured Achilles somehow scaled a pole. 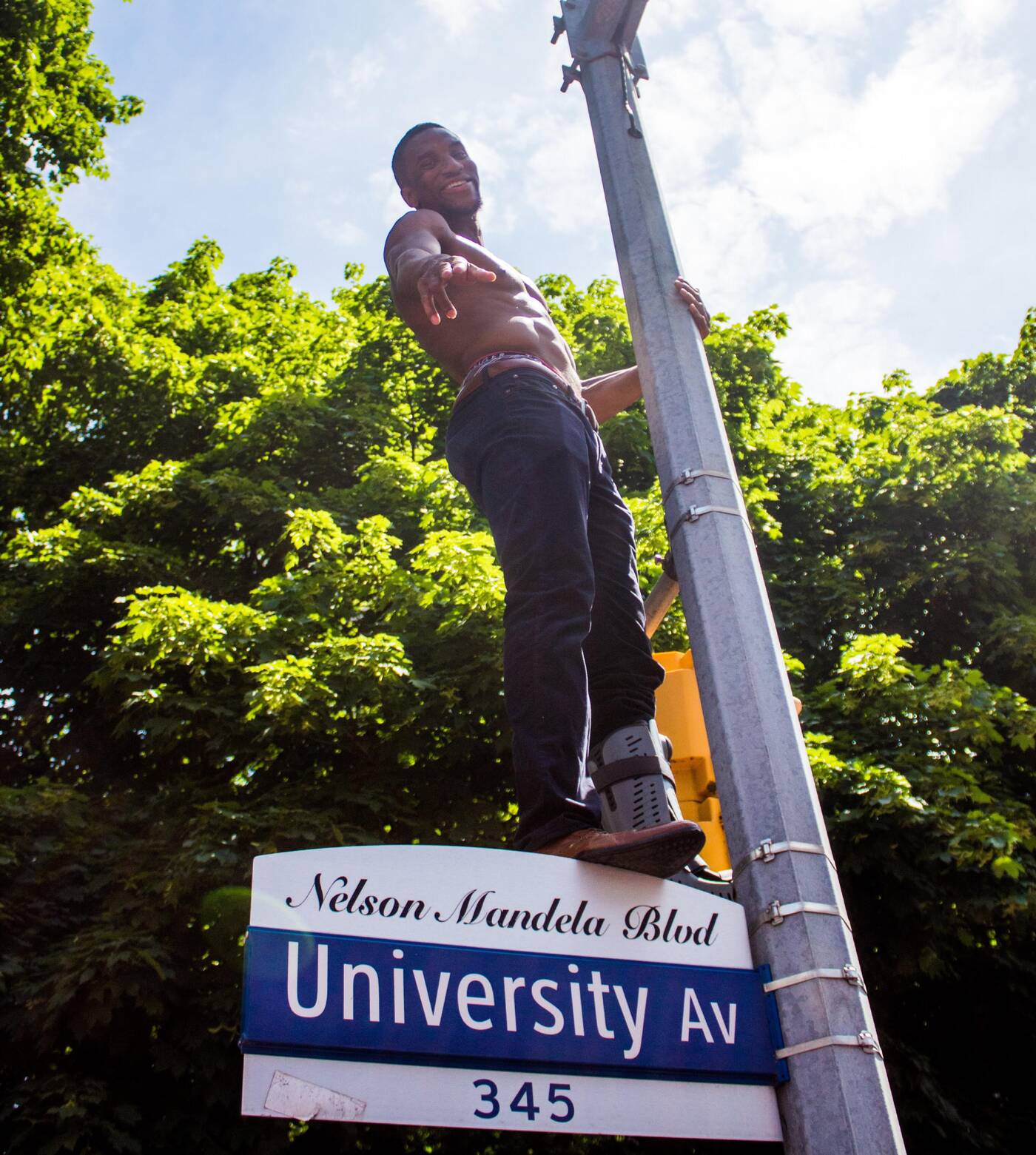 Even being injured couldn't stop the crazed fans. Photo by @scopedvs.

Those who had a height advantage had the best chance of watching the floats parade through the streets. 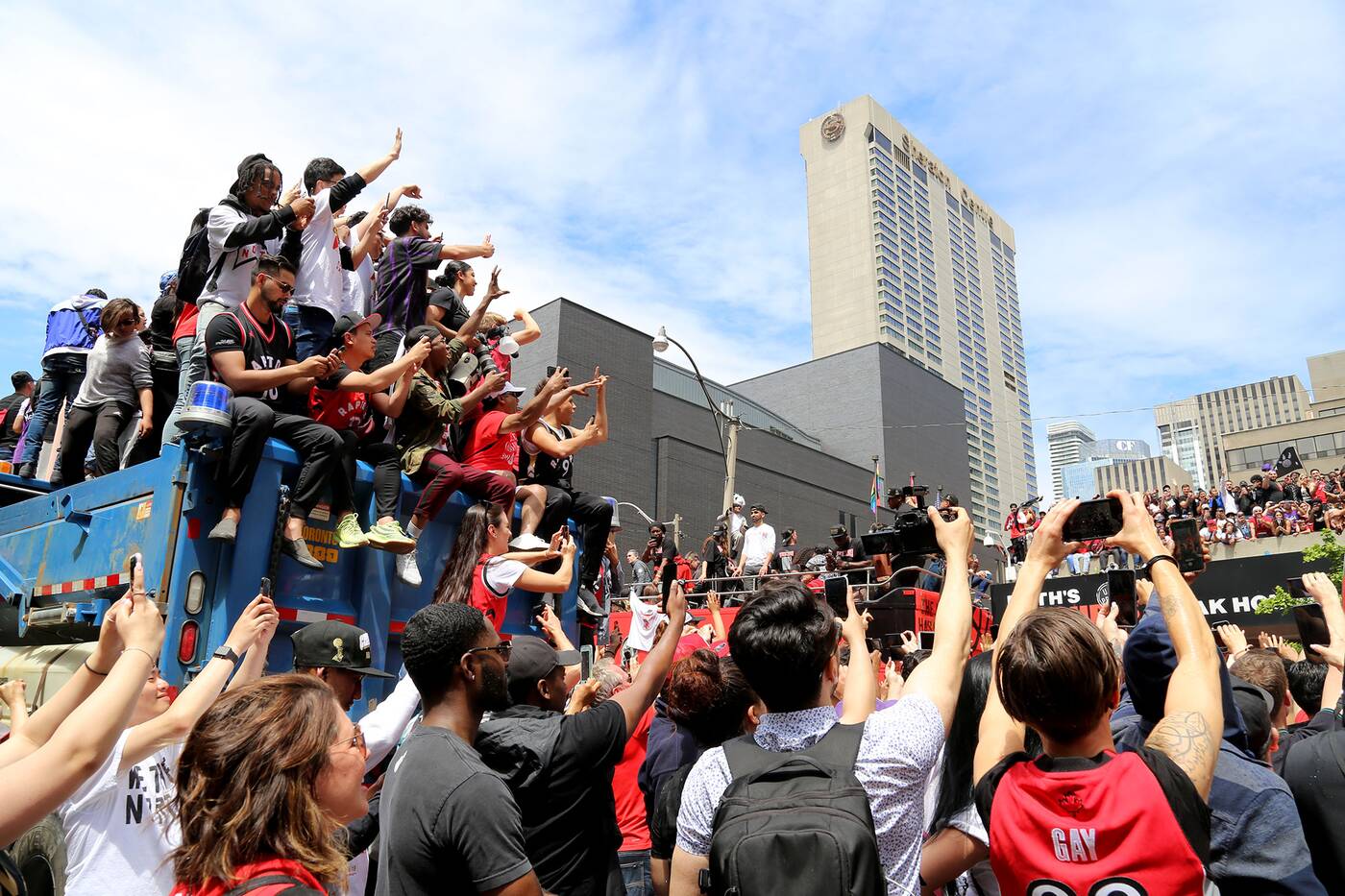 Fans at the back of a garbage truck to get a better glimpse of the parade. Photo by blogTO.

From street level, it was lucky if you even caught a glimpse.