A spectacular sunflower bloom has drawn thousands upon thousands of people to a country farm near Hamilton in recent weeks to capture photos of... well, mostly of themselves, but with big yellow flowers in the background. 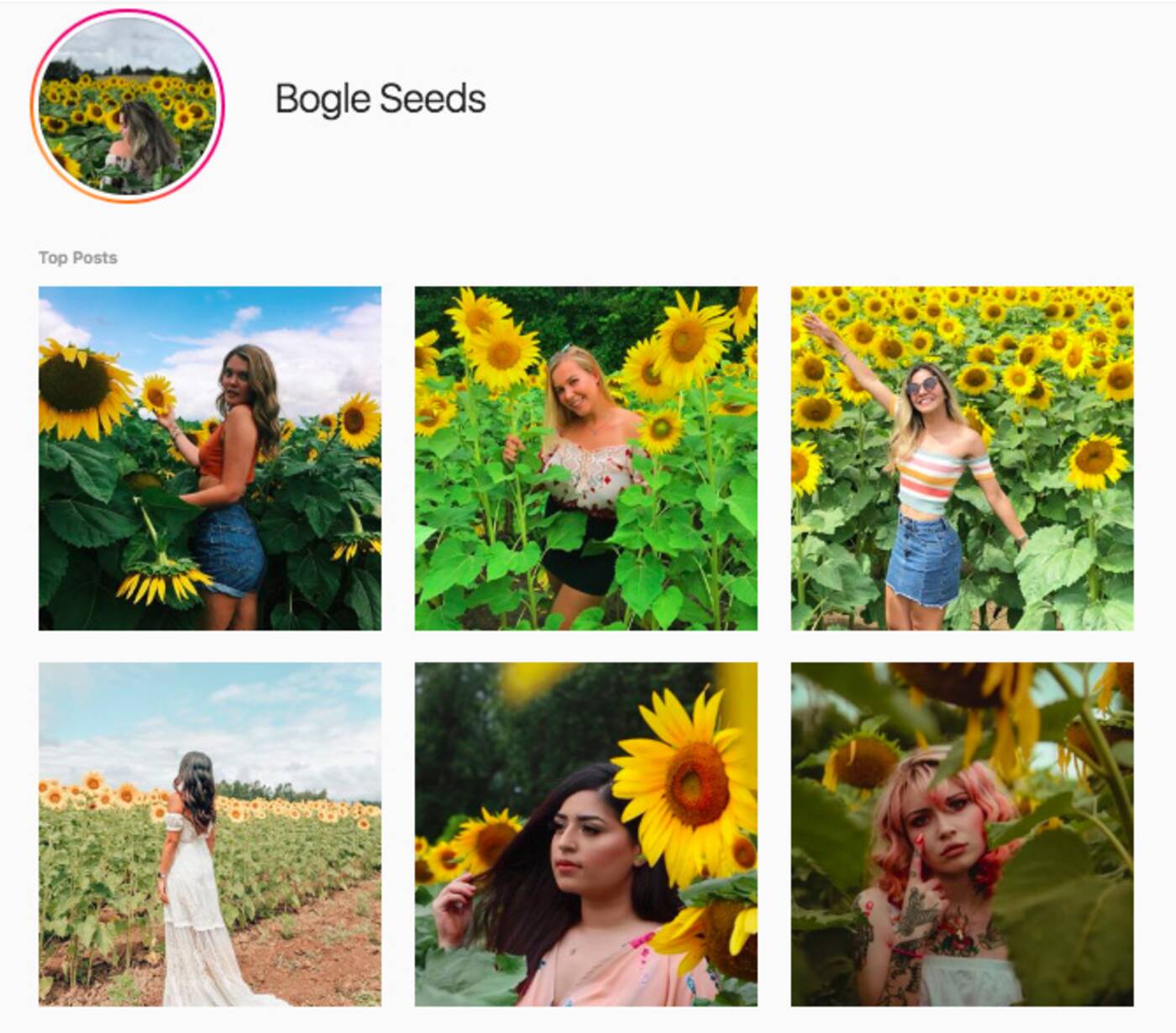 If you don't get someone to take a picture of you touching the sunflowers, did they ever really happen? Screenshot of Instagram.

Bogle Seeds, a 250-acre grain and seed farm in Flamborough, Ontario, announced earlier this year that it would be opening up a field containing approximately 1.5 million sunflowers to the public for a few weeks in late July and early August.

The idea was for interested visitors to come witness the annual two-week-long bloom amidst a "quiet country setting" while learning about how wild bird-feed is processed (and maybe even buy some food for their local feathered friends).

What happened was complete chaos, according to the Hamilton Spectator, as "hordes of plant paparazzi jockeyed to get the perfect shot of bursting bright yellow sunflowers."

I'm talking people running across multiple lanes of live highway traffic with children in tow. I'm talking cars stopping in the middle of roads and completely jamming up the highway.

I'm talking people urinating in the bushes of neighbouring properties.

Brad Bogle, whose family has been operating the seed farm since 1874, told CHCH that more than 7,000 people showed up to his home on Saturday, some of them from as far away as B.C.

Hamilton Police, the Ontario Provincial Police and the province's Ministry of Transportation were all notified of the situation and, by Sunday, the fields were officially closed to the public.

"Unfortunately, with the POLICE involved, we have had to close the photo opportunities due to the traffic jam which occurred on Saturday July 28!" reads a message currently posted at the top of Bogle's website.

"PLEASE NOTE: Although photo opportunities have ceased on the farm, we are still open for bird seed and other product sales during our regular hours."

Bogle said to CHCH that his family is frustrated, overwhelmed, and that he doubts they'll ever permit tourists to come and photograph the sunflowers again.

Unfortunately for the farm's neighbours, a lack of permission hasn't stopped aggressive Instagram users from flooding local streets in the past.

This was only the second time that Bogle Seeds invited the public to view their 75-acre sunflower field, but trespassing's been a problem for years.

"We are sorry that we cannot allow any visitation or photographs to be taken in the fields this year as they are again on rented land for 2017," reads a post on the farm's website from last year.

"These land owners will NOT ALLOW any exceptions to this rule. The POLICE have been called in past years to deal with TRESPASSERS."

The police may have to be called yet again this year as well, it seems, as Bogle says some people failed to acknowledge the closure this weekend.

"People can't get into their homes," he said of his neighbours on Sunday.

"I've had people telling me people are going through their mailboxes and one neighbour tell me that he saw people going to the bathroom in the bushes in his front yard."