'Tis the season for holiday light displays in small towns all across Ontario. Many of these quaint festivals have something to recommend, from scenic riverside locations to huge numbers of lights, but none offer as complete a package as Upper Canada Village near Morrisburg. 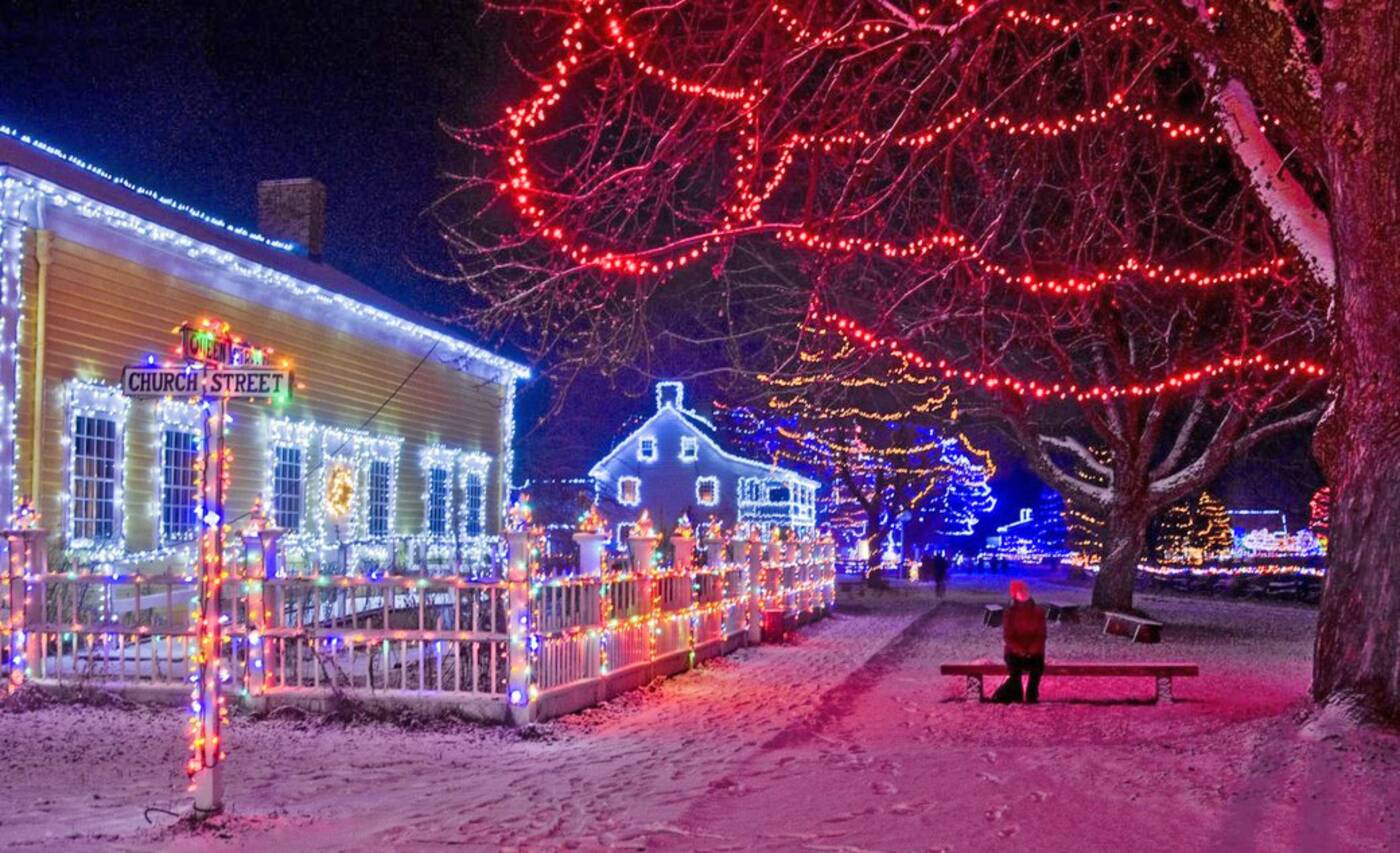 Alight at Night enters its 17th season this year with over a million Christmas lights spread across a one kilometre trail that passes through a village of historical buildings that date back to the 19th century.

For context, consider that Niagara's Winter Festival of Lights features 2 million lights over an eight kilometre route that most people travel by car. Alight at Night might be shorter, but it's way brighter, and you get much closer to the displays.

Unlike other light festivals, the illumination here is pretty much constant throughout the village, which is why exploring on foot is so rewarding.

There are other perks as well. Given the self-contained nature of the festival, visitors can tour the light displays via horse-drawn wagons that wind through the village. Group rides are included with admission, while private carriage tours are available at extra cost.

Other activities include carolling, a toy train, a visit to the village bakery and/or Willard's Hotel, the latter of which offers the perfect place to warm up over an adult beverage or two.

A section of Alight the Night in panoramic view. Photo by Jazmin Million.

Morrisburg might be a hefty drive from Toronto, but Alight at Night is arguably the most spectacular of the lights festivals spread across this province. If you're looking for a memorable festive adventure, it doesn't get much more scenic than this.

Alight at Night runs from December 1 to January 6, 2018. Check the calendar for specific times. Adult admission is $15.95.