This unreal cascade waterfall is just 45 minutes from Toronto

Ontario is home to some of the most impressive waterfalls in the world, from the Queen of the Cataracts herself to the thunderous Kakabeka Falls in the rugged northland.

It's possible, however, that the most scenic of the province's waterfalls is located just 45 minutes from Toronto.

Hamilton has plenty of spectacular waterfalls, but when it comes to pure beauty, Albion Falls is certainly near the top of the heap. While it isn't the highest or widest of the bunch, its array of steps makes the water cascade in a way that's reminiscent of an oil painting depicting some forest paradise.

If you had to conjure the perfect waterfall, it'd probably look a lot like this. Along with the beauty of the scene, the rounded rock shelves also elicit thoughts about the immense stretches of time required to carve out such geological formations. 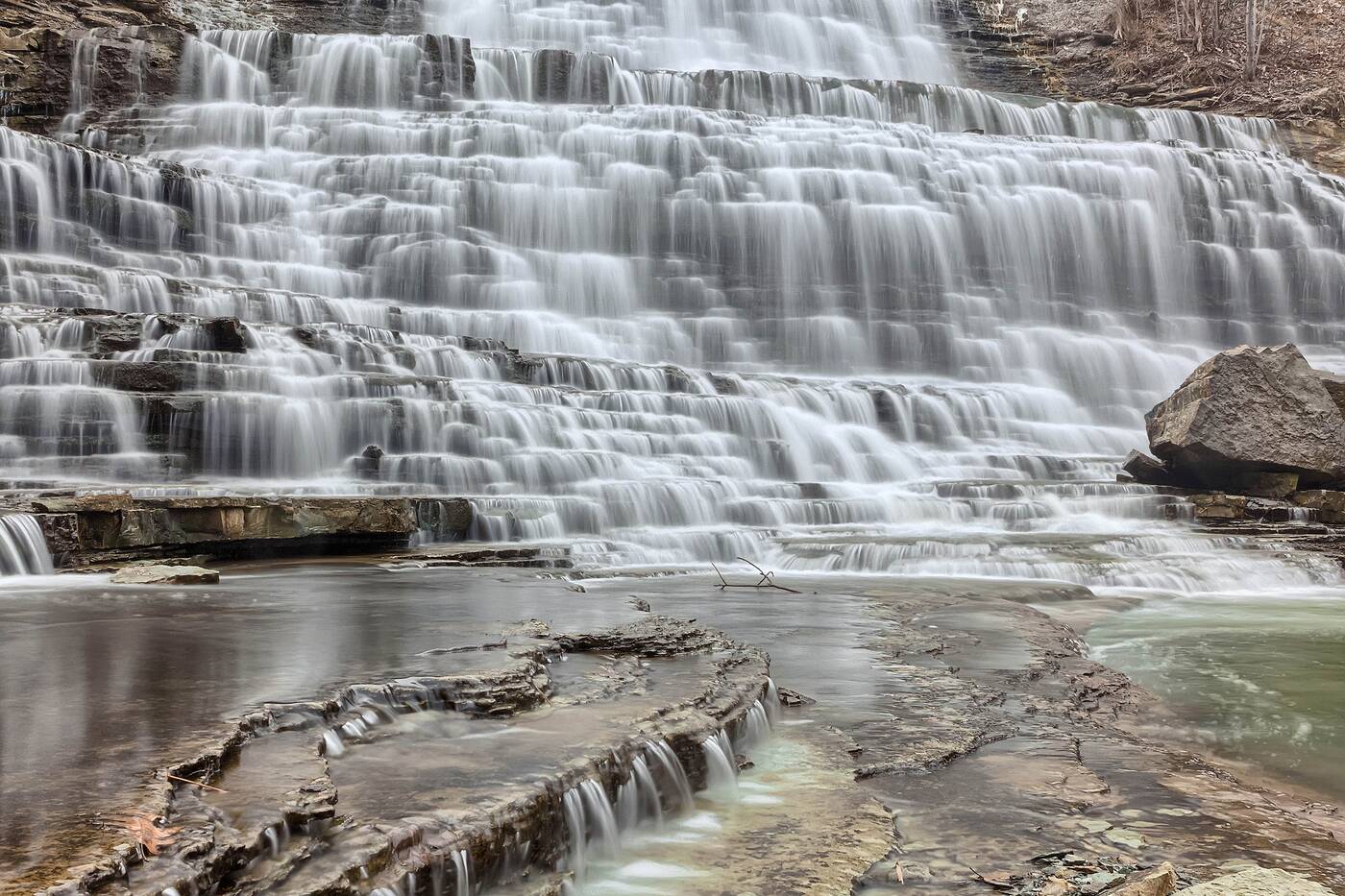 A closer look at the cascade effect. Photo by Joe DeSousa.

As seems to be the case with all popular waterfalls, there's also some tragic local lore here. In this case, Albion Falls has its own version of the lover's leap narrative in which Jane Riley leapt to her death after being spurned by Joseph Rousseau. There are others, too.

In an effort to prevent modern day tragedies from taking place, access to the bottom has now been restricted. Improvements were made to the viewing platforms around the falls about a decade ago, which offer a safe vantage point from which to take in the spectacle. 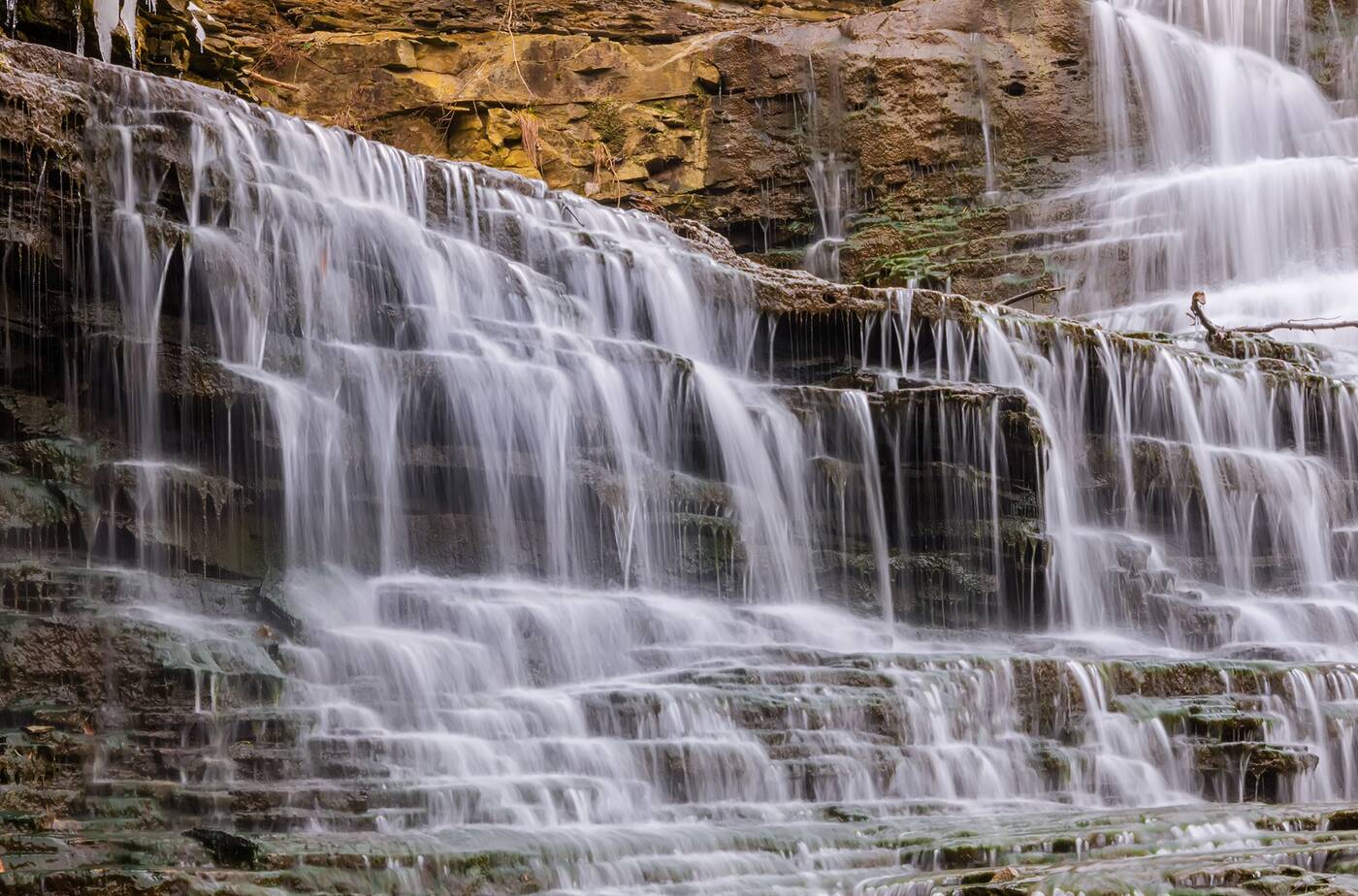 The falls have formed over thousands and thousands of years. Photo by Joe DeSousa.

Visitors these days should be wary of the by-law officers who issue fines for trespassing in prohibited areas. Lots of people still break the rules, but they're being enforced more diligently now.

Many fences are in place to keep visitors to the falls safe, ensuring no one gets hurt from venturing too close. Stay aware of safety messages and enjoy the spectacle of these wonderful falls from a safe vantage point.

Entry to Albion Falls is free, and the site can be accessed during all four seasons.