Nathan Phillips Square is currently being turned into a sports venue for tomorrow's Invictus Games. Two tennis courts have been constructed in place of the water feature that's best known as the city's busiest skating rink in the winter. 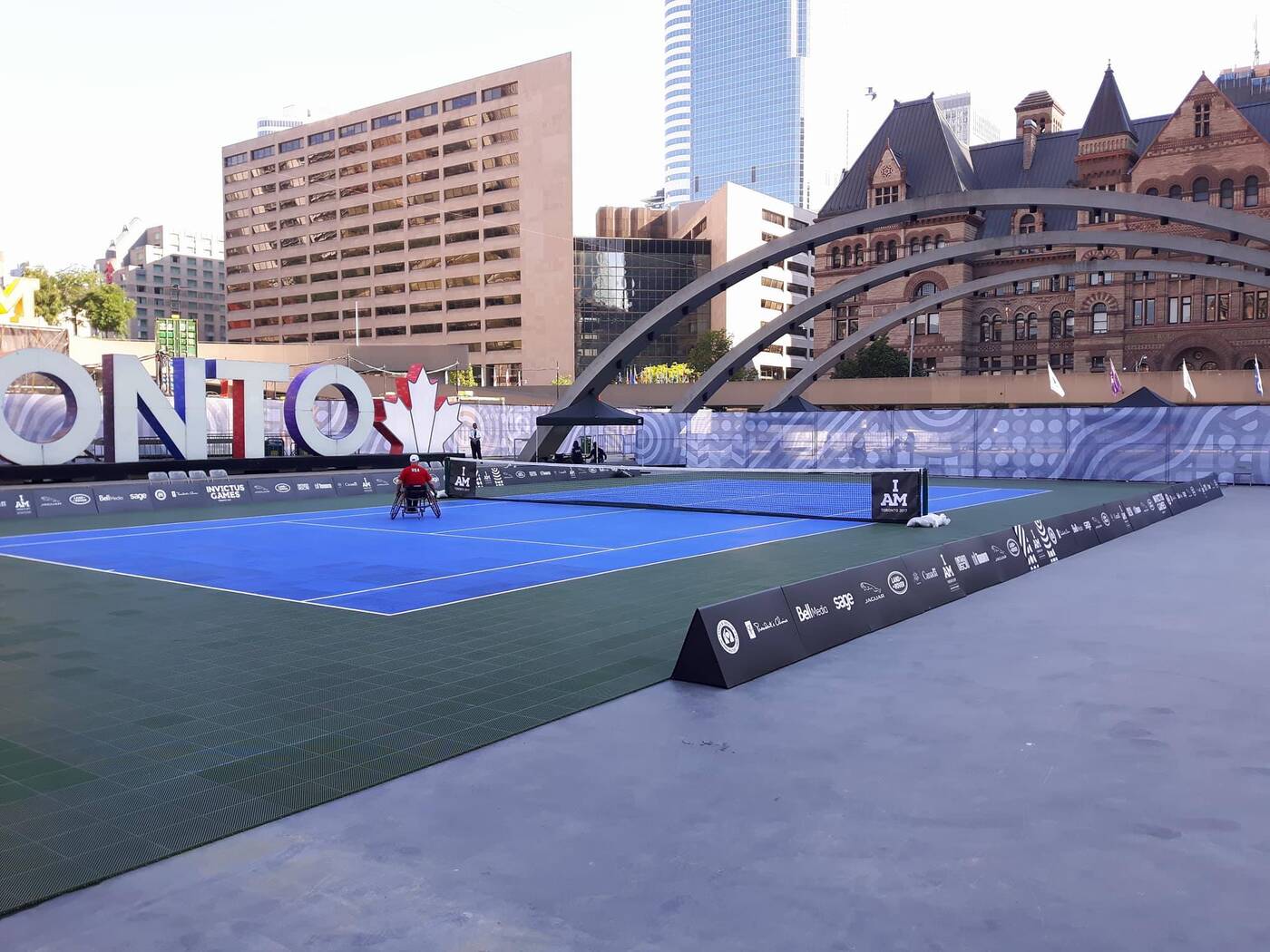 The western court sits in front of the Toronto sign. Photo by blogTO.

The courts will be used for the wheelchair tennis games for Invictus. The tennis matches take place over the weekend, starting tomorrow and ending Monday with the finals.

Wheelchair tennis functions similarly to regular standing tennis, but with one key difference. Players may allow the ball to bounce twice on their side before returning it to the opponent. 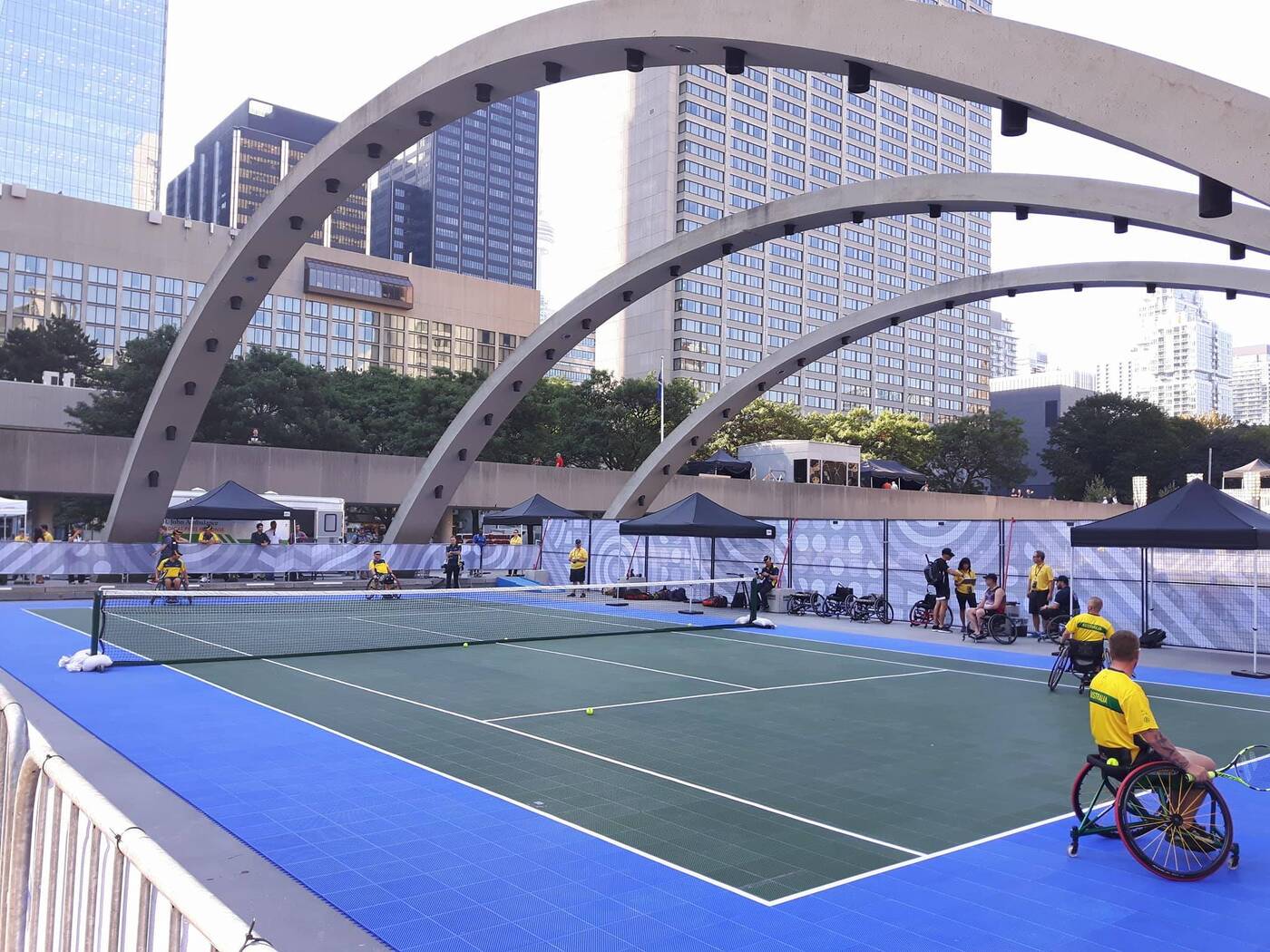 The easternmost court had Team Australia practising for tomorrow's preliminaries. Photo by blogTO.

The Invictus organizers have also added the slogan of the games, "I AM" above the Toronto sign to form a new statement. You can bet that's going to be a popular spot for photo ops over the coming days. 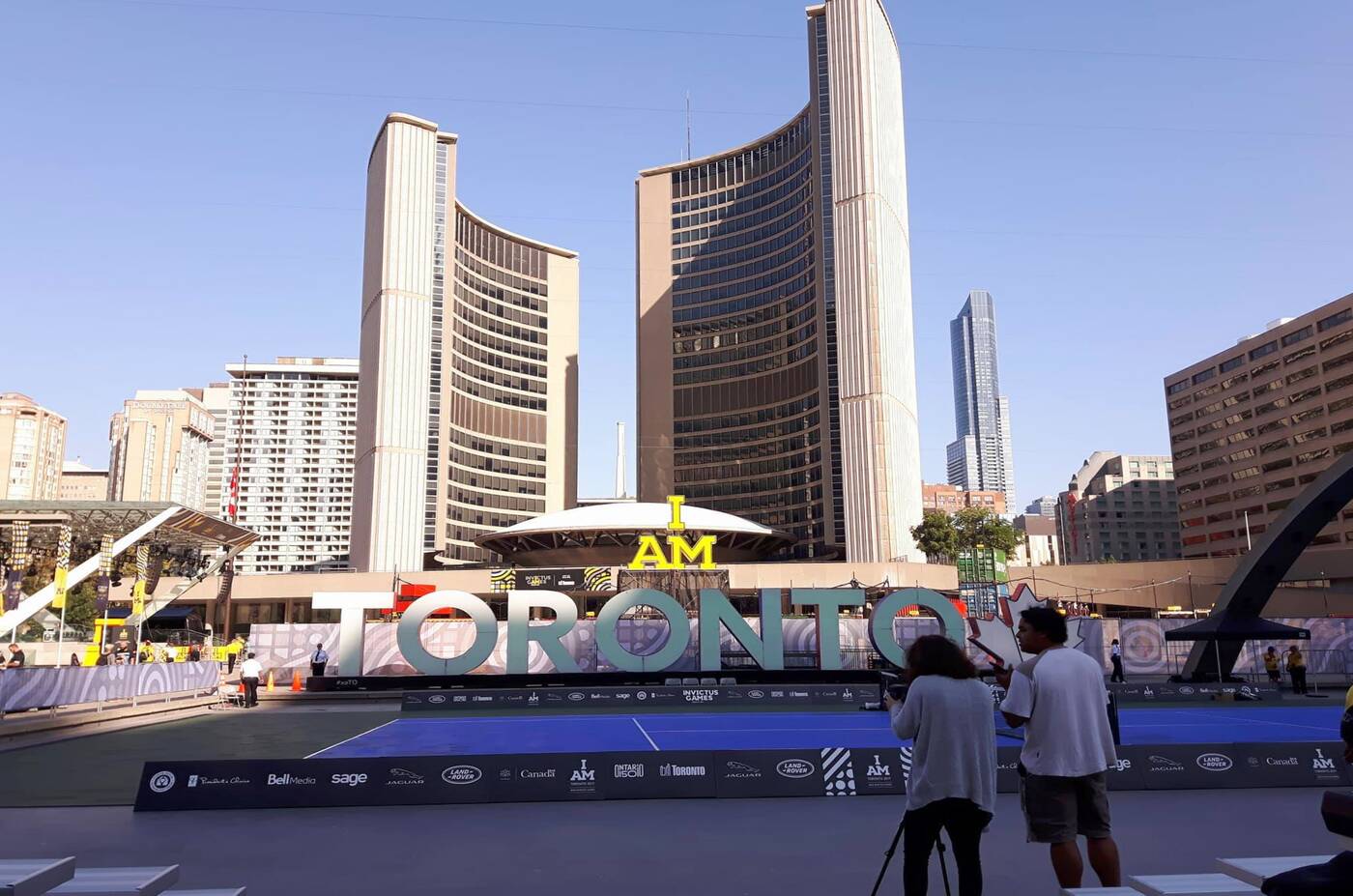 The Toronto sign receives a small addition. Photo by blogTO.

Early this morning, Team Australia could be spotted practicing on the new courts. Wheelchair tennis preliminaries begin tomorrow at noon.