Gibraltar Point Beach beckons you. The water is clean, deep, and rock-free. It practically begs you to plunge headlong into the cool waters of Lake Ontario on a hot summer day.

Opened in 2007, Gibraltar Point is the newest beach on Toronto's roster. Because it's new, or because it's not labelled on the tourist maps of the Toronto Islands, or because it is at the furthest point from any ferry terminal, Gibraltar Beach remains virtually empty on days when Centre and Hanlan's Point beaches are packed with people.

The beach designation is recent, but Torontonians have been stomping around Gibraltar Point for years. Back in the 1790s, Lieutenant-Governor Simcoe constructed two military storehouses on Gibraltar Point at the southwest corner of what are now the Toronto Islands. They were part of the very first British settlement in Toronto. By 1808, the Gibraltar Point lighthouse was guiding sailors away from the treacherous, constantly shifting sand dunes formed by the Scarborough Bluffs. The lighthouse still stands today, the oldest in the province.

If you take the Centre Island Ferry to the Toronto Islands, you can walk or ride to Gibraltar Beach. You will find the entrance to the beach just before the Gibraltar Arts Centre and the notorious lighthouse. The walk from the Hanlan's Ferry Terminal is only slightly longer. 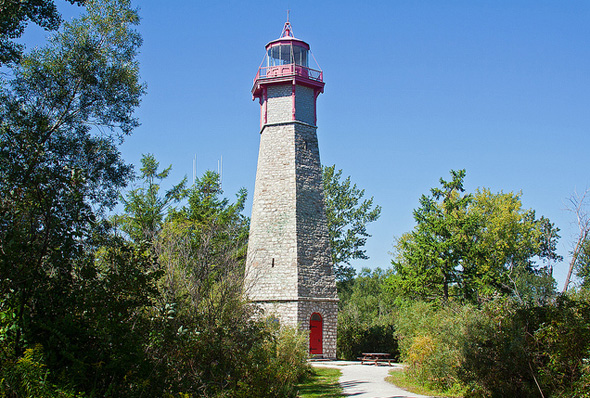 Legend has it that soldiers from Fort York murdered the first lighthouse keeper, John Paul Rademuller. Soldiers came to the lighthouse looking for bootleg beer, killed Rademuller when he refused to provide it, then buried his body on the property. The soldiers were never convicted, and Rademuller's ghost is said to haunt the lighthouse to this day. The historical plaque on the side of the lighthouse makes vague reference to a haunting, but leaves out the gory details.

If you use your imagination, you can conjure up an image of what Gibraltar Point may have been like in its wilder days. Even in the summer, you can feel the force of Lake Ontario licking at Gibraltar Beach. The land here is exposed, open to winds and currents pushing across 50-kilometres of open water. The sand shifts beneath your toes, and you will quickly sink a few inches once you step into the water. 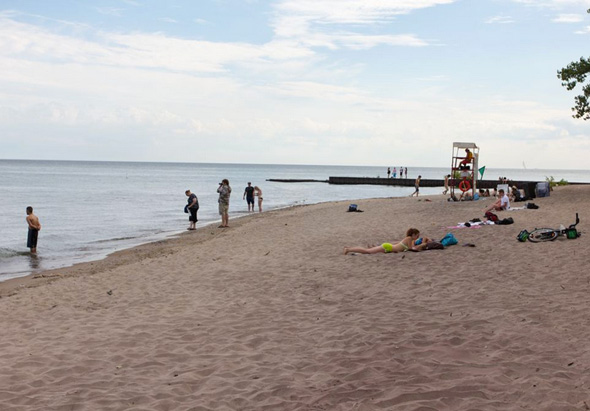 Looking out across the lake, you can see endless stretch of blue water meeting blue sky. Looking westward, you have an open view of the Mississauga skyline and the new Marilyn Monroe towers.

Gibraltar, like the sand dunes around it, is a constantly shifting, ever-changing place. Ever since the Leslie Spit was extended, the sandy runoff from the Scarborough Bluffs stopped piling up on the Toronto Islands. The lake, with its relentless wave action and biting wind, did not stop chewing away at the Toronto Islands. So now the islands are shrinking, losing as much as eight-metres of land per year.

The sandy dunes protect the Toronto Islands. They create a soft barrier between the water and the land and slow the rate of erosion. As they go, so go the Toronto Islands. In efforts to slow down the erosion, Gibraltar Point was partially restored and the beach area opened to swimmers as part of the 2006 Deep Water Cooling System construction project. The Toronto and Region Conservation Authority also launched a full-scale dune protection program. 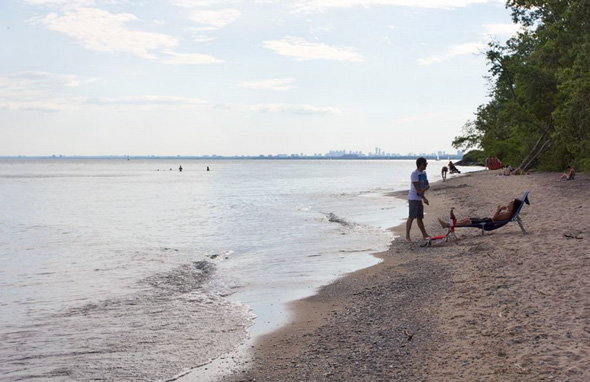 The dunes, like summer, are slipping away with each passing day. See Gibraltar or Hanlan's while you can, but stay on the designated paths when you head to the beach - every plant helps to lock the sand in place and slow down erosion.

Number of days closed due to water quality problems since June 1 2011: 2

To get to the Island: Centre Island Ferry or Hanlan's Point Ferry from foot of Bay Street, Toronto Island Marina Ferry or Water Taxi from foot of York Street

People-watching potential (out of 3): 1 (the party is elsewhere)

Aggressiveness of seagulls and geese (out of 3): 0 (there are virtually none around)

Photos by Dylan Neild (with the exception of number two, which is by enedkl)