Inside the Model Railroad Club of Toronto

The Model Railroad Club of Toronto has an intricate, truly breathtaking miniature railway system hidden in a basement space in the heart of Liberty Village. There is 10 scale miles of rail (6,000 feet of two-rail track) holding 800 freight cars, 90 locomotives, and 70 passenger cars — in addition to stations, billboards, bridges and hills; campers on picnics and vintage model cars. The sight, simply, is stunning.

I discovered the Model Railroad Club of Toronto during an unrelated visit to Liberty Village. The club, which occupies the space of a former munitions factory, is marked at street level only by a small sign erected in a back lot. It was just by chance that I noticed it.

The club, I soon found out, has actually been around since 1938. Originally operating out of Union Station, it was kicked out of its digs after the war and forced to find a new home, which it did in Liberty Village. 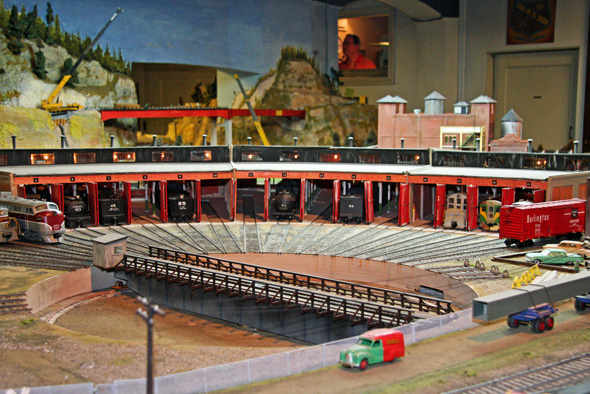 "Right where you're standing," club president Dave MacLean says, "that's where they would've been testing out their munitions" (see photos here). MRCT took up in this space in 1946, and since then members have been working tireless on their scenery, structures, and tracks.

"People ask when we'll be done," MacLean says as he takes me on a mini-tour of the railway. "Well the truth is, we'll never be done." 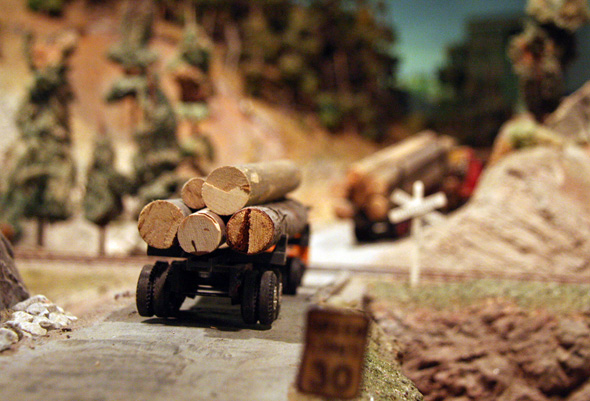 "This isn't the sort of thing that is meant to be finished," he continues. "It's just a place for people interested in trains, model-building, and maintenance to do what they love to do." And the result is impressive. Everything is in working order, from the miniature lights lining the roads to the signals, and of course, the rolling stock. MacLean takes me into the control room — an overwhelming sight for my wire-averse eyes — and explains that each "town" (marked by an overarching sign) is named for a MRCT member, past or present.

But while the names of the towns and factories reflect some creative liberties, most elements of the railway are in keeping with the look and feel of the 1950's. "Both diesel and steam engines," MacLean says. But the billboards, for me especially, really convey an authentic '50s feeI. "We had one member who would clip ads from old magazines," MacLeans says. "And they worked here as billboards." 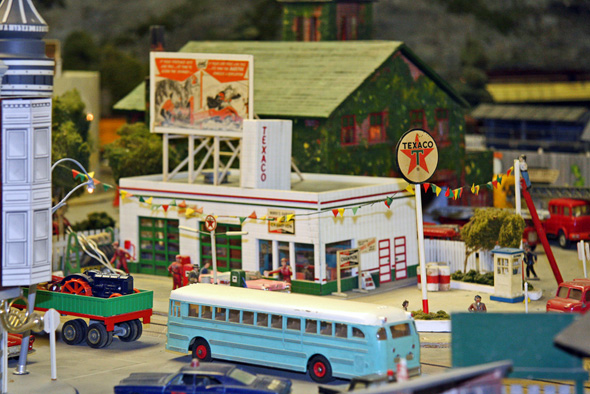 The scale is about 1/48th of real life, according to MacLean. But just like over at Union, these trains run on schedules, carry cargo, and are bound for specific destinations. "In a way," MacLean says as he describes their concept of scale time, "it's like playing pretend. I guess we're sort of a museum in that way."

And indeed, the club has attracted visitors from all over the world, including engineers from Canadian Pacific who have told MacLean that this rail is just like what they do, only smaller. The club opens its doors for private events and birthday parties of up to 200 people, but reserves Wednesday nights for MRCT members come to work on their projects. There are about 20 members in total, most of whom were introduced by their fathers to the club at a young age. Or rather, according to veteran member John Coleman, "Back when I was knee-high to a grasshopper." 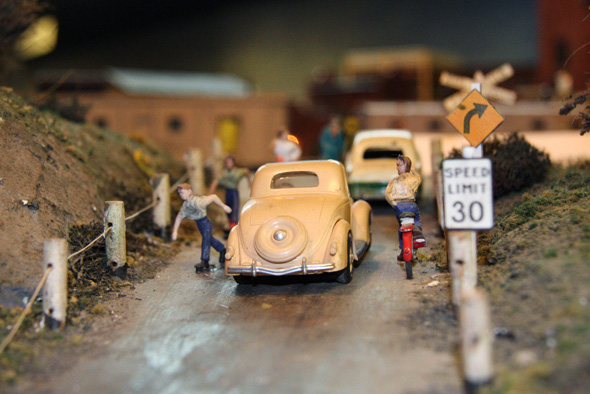 MacLean and I chat further about the history of the train and the evolution of transportation before I leave to resurface to present day. "You know," he says, "They were really the Googles, the Apples, the Androids of their time. Before the railway, how would you get to Montreal from Toronto? People were born in one place and stayed there — until the rail came along."

Of course, many of us have forgotten about that little revolution every time Apple schedules a press conference. But just in case we ever need a reminder, there's a basement in Liberty Village that keeps the history of the railway chugging along.