Photos of the Toronto Tweed Ride

Curious onlookers were treated to the sight of some damn fashionably dressed cyclists on Saturday as the Toronto Tweed Ride took to the streets in celebration of cycling culture and to raise money for Bikes Without Borders. Inspired by 2009's Tweed Run in London, the local event witnessed scores of cyclists embark on a leisurely tour of the city's downtown core, including a pass near St. James Park, where the Occupy Toronto protest continues to take place (there was no affiliation between the two events).

The weather wasn't particularly cooperative, as a light drizzle came down during much of the ride, but that, somehow, made the participants look all the more dignified in their throwback attire. If you squinted â I mean really squinted â you might have imagined that you were in the London of the 1920s. These riders made for a strange sight, to be sure, but in the best possible way. Who, after all, wants to see more spandex-clad cyclists? This was a nice change! 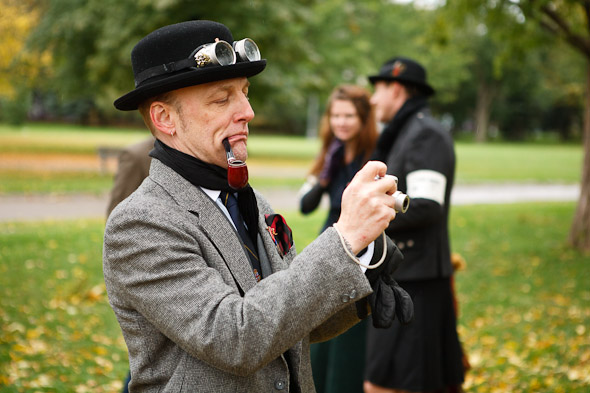 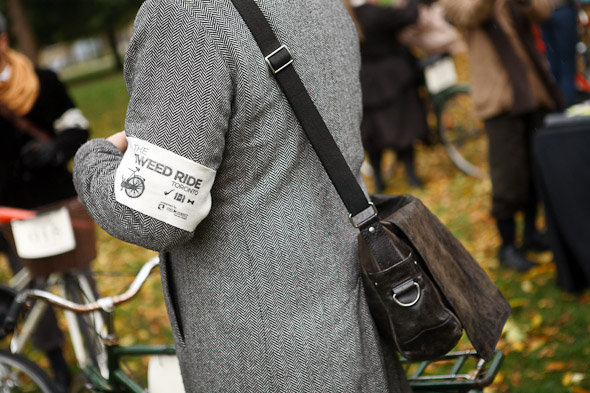 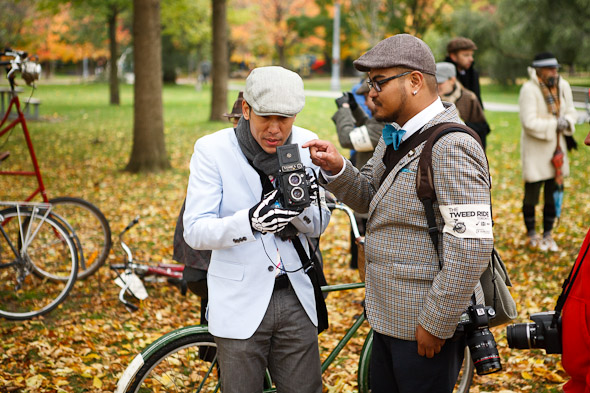 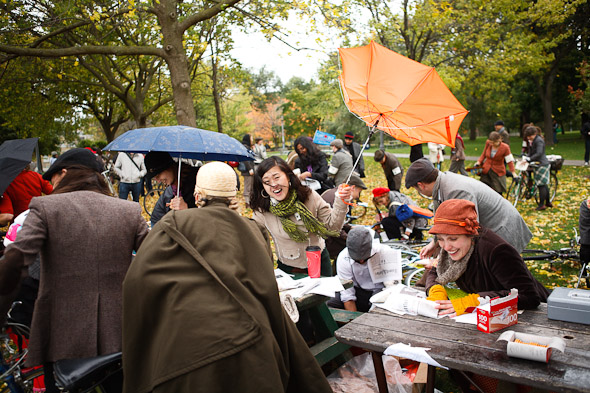 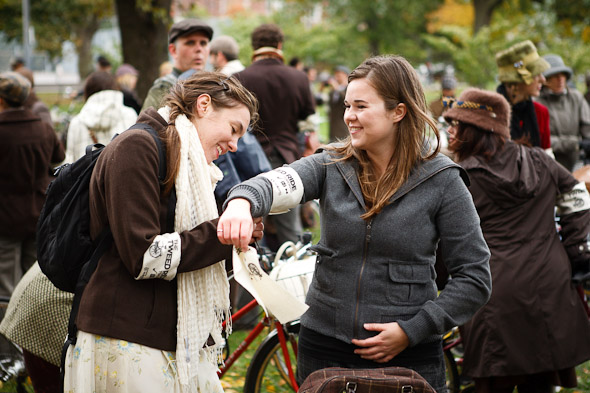 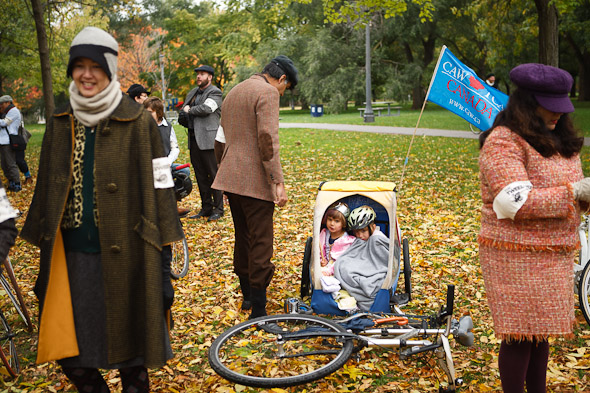 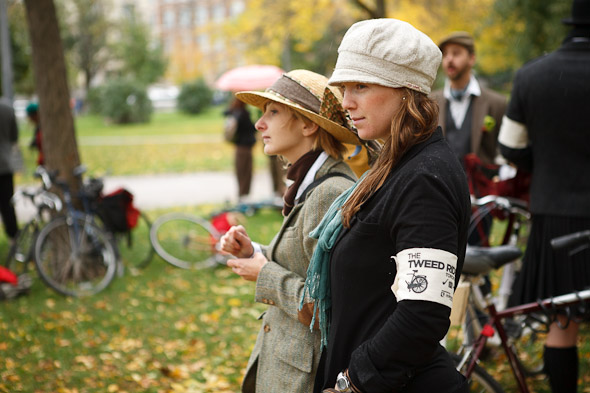 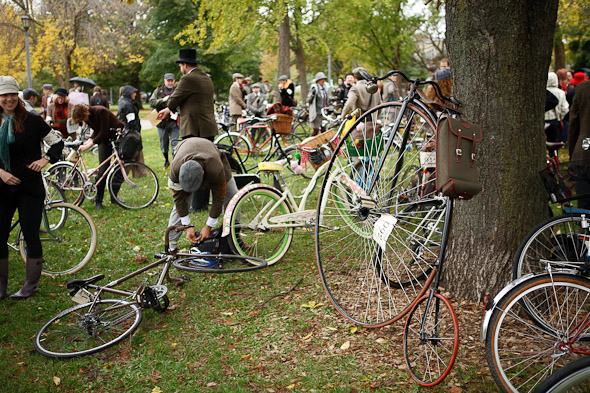 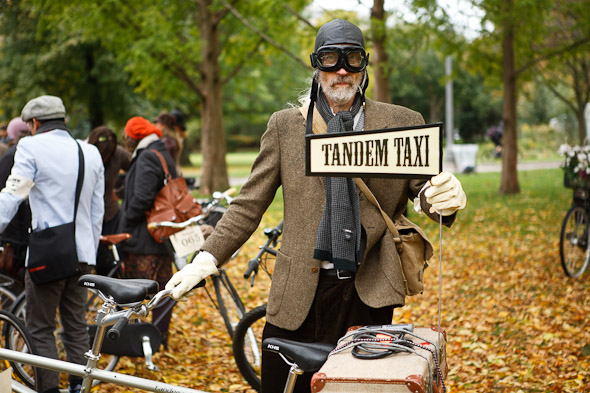 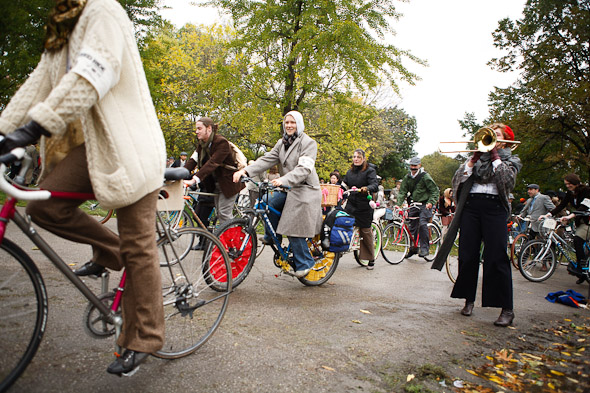 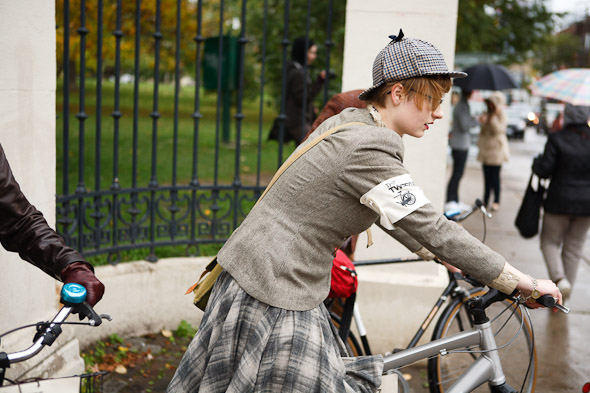 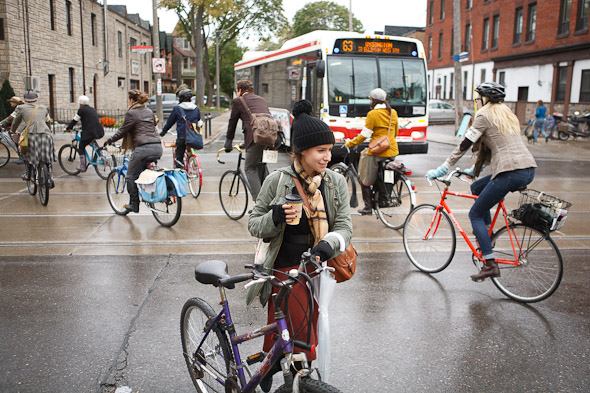 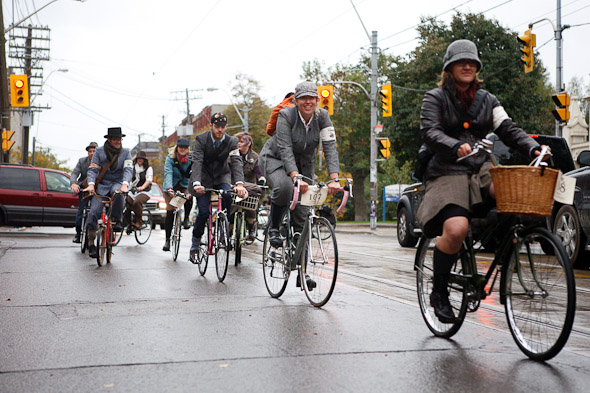 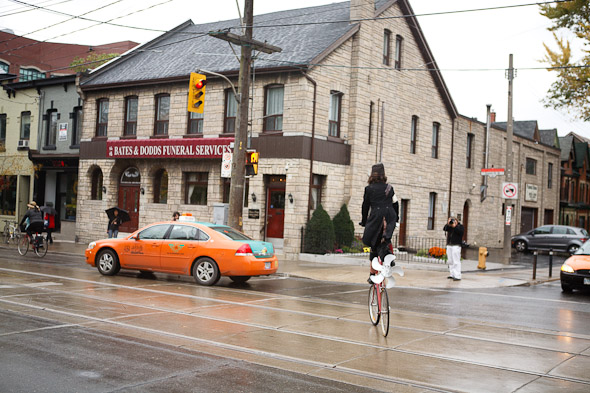