Pillow fights aren't just for sleepovers these days. Proof of this fact would be the emergence of a new pillow fighting league in Toronto â the second of its kind to call our city home.

On Sunday afternoon, the Bedlam All Girl Pillow Fight Revue held their first ever open tryouts, so I dropped by to see what this new league is all about. 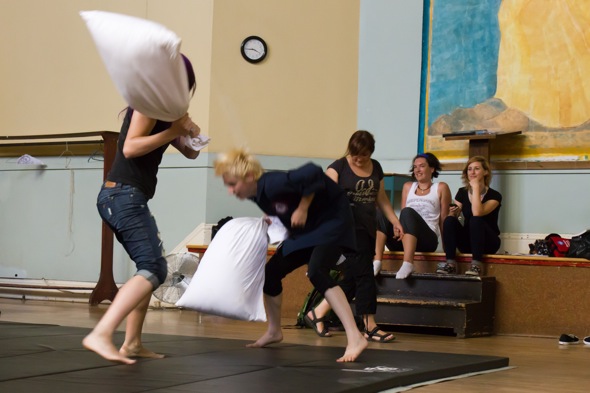 I asked co-founder Stacie Myer, a.k.a. Crystal Clear, why they created Bedlam Pillow Fighting. She pauses before answering, clearly choosing her words carefully. "We were in the old fight league," she tells me, "and we love pillow fighting, and want to take experiences of what was done wrong in the past and improve it."

Ah ha, I think â this explains why she and a few of the other ladies look so familiar. "If you want something done right, you have to do it yourselves. We all really have the passion to get this thing bigger and better, and we didn't feel we could do that in the old organization," Vanessa Aislin, otherwise known as Shirley Not, chimes in.

A business plan, a few meetings, some goal planning, and a LOT of logistical planning later, Bedlam was born. 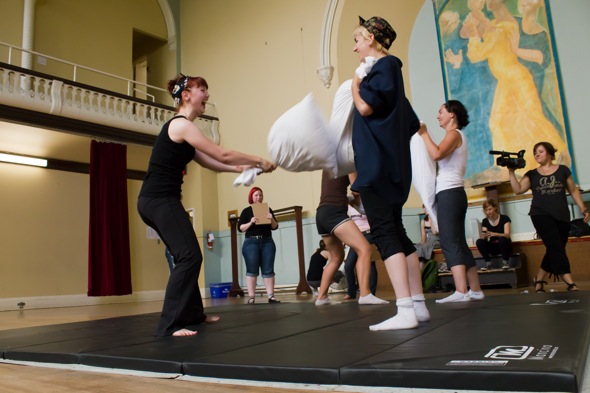 And, once any new revue is born the next step is to find members, or in this case, pillow fighters. While only a handful of women turned up to this tryout, what they lacked in numbers they made up for in dedication.

During the hour-long event, participants completed a series of physical fitness tests including high knees, push ups, planks, lifting each other, and, of course, whacking each other with pillows. 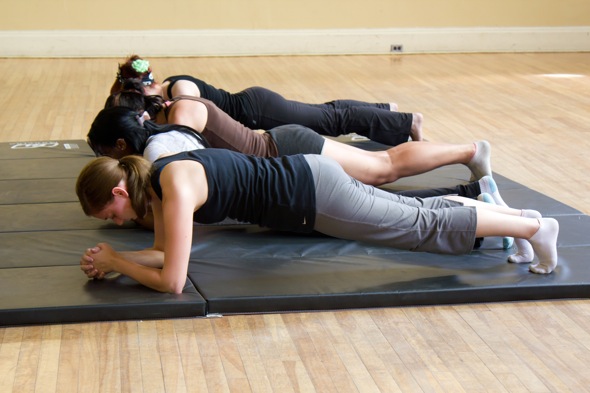 Yvette B., who is hoping to make it into the league, tells me how her cousin convinced her to try out while trying to catch her breath. "I think he thought it would be good for me," she laughs, "so I came and gave it a shot. Doing stuff like this in front of people usually makes me a little bit nervous, but it was actually a lot of fun."

"I think it's a lot more badass than people think," says Shay Ayotte, another Bedlam hopeful, "you know, sort of like roller derby but a different take on it." 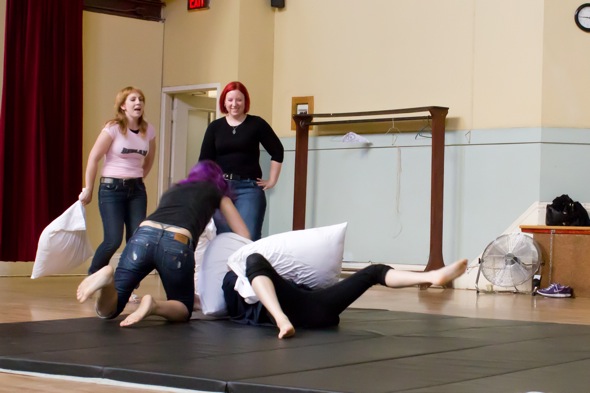 The Bedlam All Girl Pillow Fight Revue's first show is already booked at El Mocambo on September 16th; and they are is still actively seeking new members leading up to the show. Tryouts will be held once a month, but Crystal Clear says they are always accepting applications.