Icycle, an annual winter bike race in Toronto, is definitely not an Olympic-caliber event, nor is it as strict on rules. But if your idea of a good time is drilling screws into your bike tires and riding full out in a circuit against fearless bike couriers, then Icycle is for you. Did I mention you do this on ice?

The only thing crazier than this wacky event held at the Dufferin Grove, is that it used to be done off the Toronto Island on the lake, but a little thing called global warming has brought it inland to a more reliable surface. 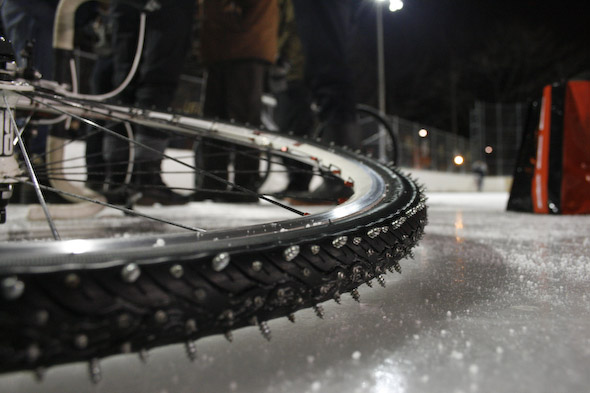 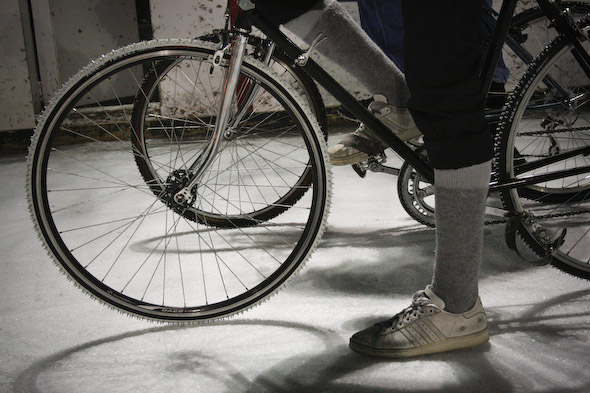 It started back in 1996, when Johnny Jetfuel got the idea to race a figure 8 out in the bay. 14 years later the event is still going strong thanks to Derek Chadbourne at The Bike Joint 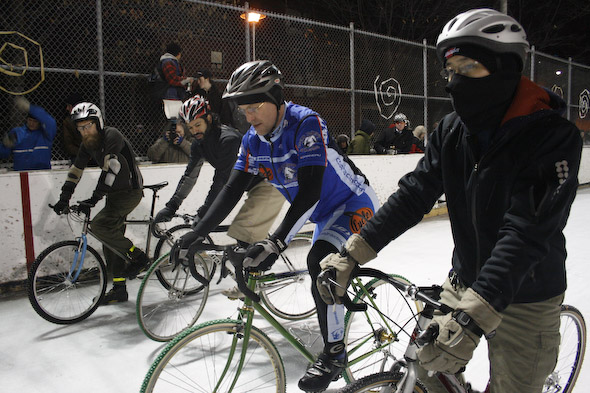 Registration on the spot and a $10 entry fee got participants in the race. It doesn't matter the type of bike, the pattern of your spikes, or your experience level - just as long as you come with a helmet and you don't mind a "whimsical" approach to race marshaling. 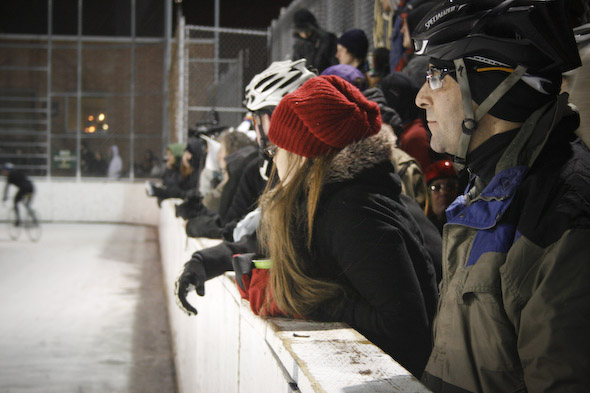 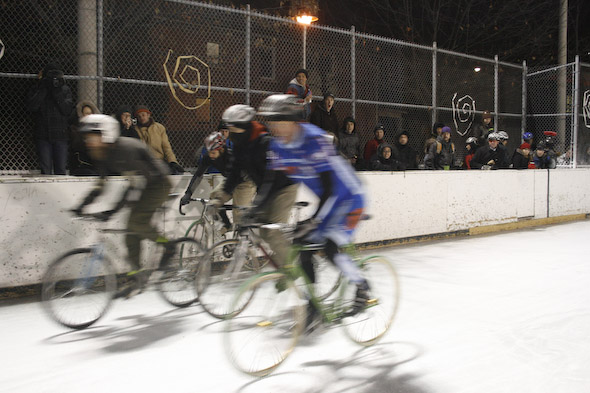 The race goes in heats, mens and womens, and about 5-7 laps each (it seemed to depend on how sadistic Derek was feeling at the beginning). It also includes a rubber race where participants forgo the common sense approach and ditch the studs for regular tires. It's a lot slower, for obvious reasons. 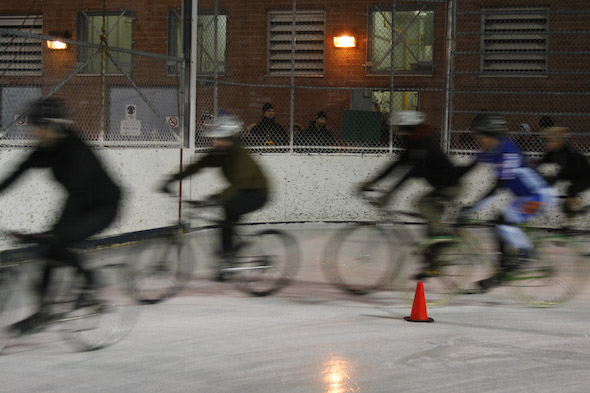 Icycle was a tonne of fun to watch and even more fun for the competitors with the courage to ride. All you need is a little imagination, maybe a costume, and an bit of skill with some screws. Look for Icycle to return to the Dufferin Grove around this time next year. 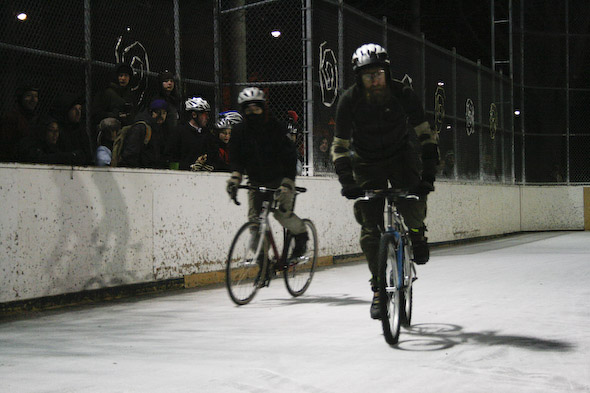