Curbside Cycle does indeed have its roots on the curb, when owner Don Watterson first set up shop outside of the Brunswick House over 15 years ago. If this were a commercial, one would expect the narrator to say "a lot's changed since then, but the one thing that's stayed the same is the store's commitment to neighbourhood cyclists." Formulaic and cheesy as that might be, however, it's also true. I've been popping my head into Curbside for years, and it's always been clear what type of cyclist the store serves best: commuters. 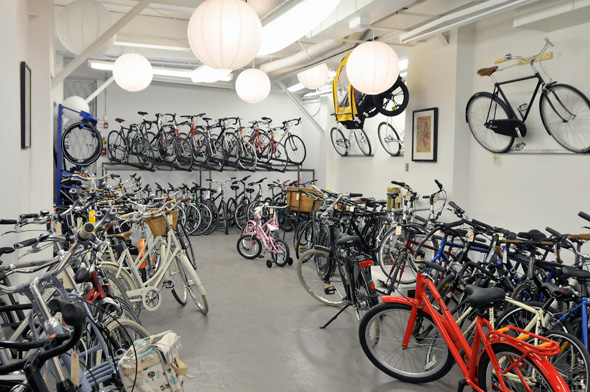 Although staff member Gillian Goerz tells me that she and her colleagues "try not to limit who we cater to, our most common customer uses his or her bike as a tool rather than a toy." That's a useful distinction when it comes to figuring out where you want to shop for a bike. In my experience, stores that carry lots of what Goerz calls "toys" aren't the best places to go when you're looking for wheels to get you to work or merely for shorter trips within the city. 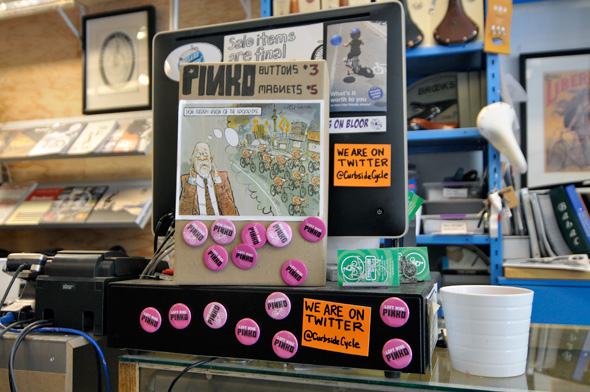 Like Sweet Pete's, Curbside does sell higher end bikes, but the majority of sales fall in the $750-$1000 range. The cheapest bike they generally carry comes in at about $350, and they don't offer used. While there is a small section of kids bikes, it wouldn't be fair to say that this is a specialty. 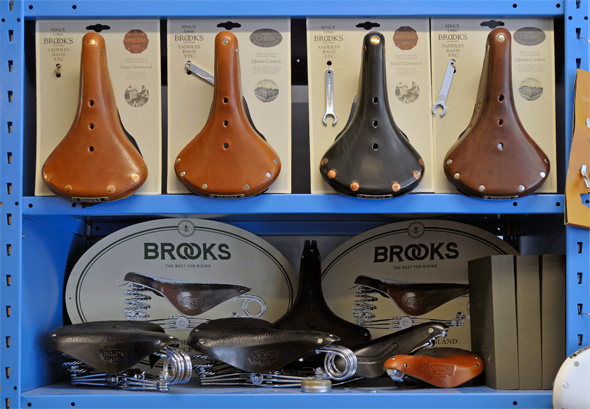 So what is? Hybrids, city bikes, travel (folding) bikes, and cargo bikes. As far as brands go, you'll find quite a few European bikes here, including Batavus, Abici, Pashley, Brompton and Babboe. On the more local end, Curbside also carries Devinci road bikes. Perhaps most noteworthy of these products are those from Babboe, who make cargo bikes — an item that you won't find at the majority of bike stores around the city. 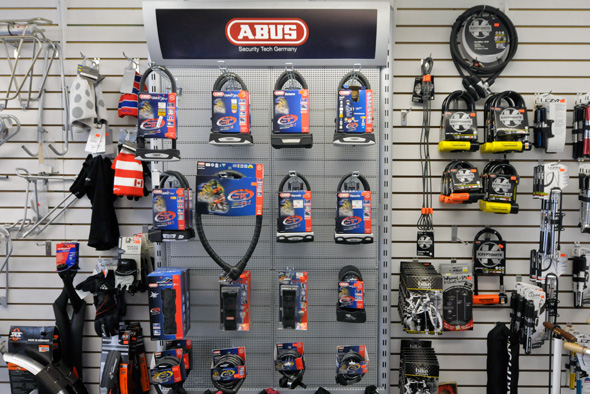 In keeping with the urban focus, there's a good selection of accessories tailored to the city rider. Some of my favourites in this category are the Basil and Ortlieb messenger bags, Abus locks (which some say are better than Kryptonite), Chrome clothing, and Brooks saddles (of which Curbside has a good selection). If you're always trying to look cool on your bike like me, these niche products will help you with street cred (just as long as they look like they've actually been used). 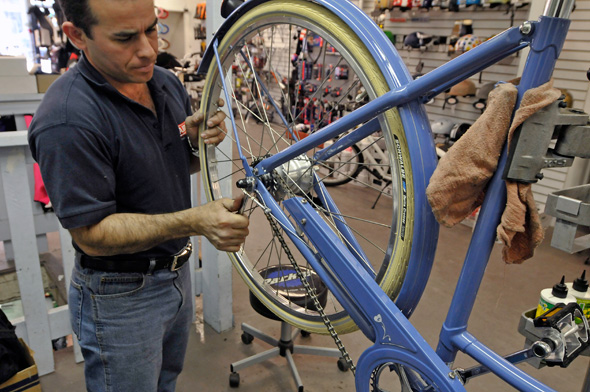 Having said that, "street cred" is one of those things that Curbside's staff say they have little interest in. If there's a goal here, more than one employee tells me, it's to be as unpretentious as possible. A lot of bike stores say this type of thing — i.e. "we're not like those other guys" — but in this case I'd say it's true. Even the mechanic is a pleasure to deal with, and I've had some nasty interactions with mechanics over the years. This is an all-around solid city bike shop that takes good advantage of its Annex location.

Who the store caters to: urban riders, commuters, travel and cargo bike buyers

Service capabilities: Full service shop, comfortable with all repair requests regardless of bike

The tune-up: For $60 you get adjustment of the entire bicycle, tightening of ball bearings, wheel straightening (tire left on bike), tire pump-up and full cleaning.