ZeZe Food and Drink is a newly opened cafe, restaurant, and cocktail bar residing in the former Bar Salumi space near Queen and Lansdowne. Owned by chef Haeyeon An and managed by Lindsay Gravelle, they've committed to offering locally sourced fare, with everything possible made from scratch. Haeyeon's a graduate of George Brown, with turns at and Local Kitchen , with her Korean roots showing up as neat touches amidst a seasonally-informed menu. 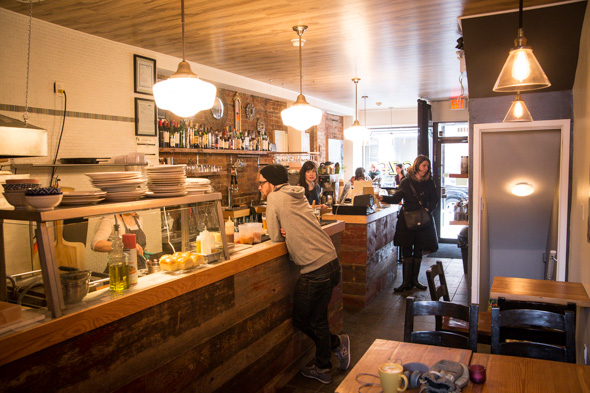 The Bar Salumi interior remains largely unchanged except for a new marbled tile finish added to the bar, local art hanging on the walls, and deft ornamental touches dotted about the space. It's a tiny spot, and the bar and the kitchen are encased within the same space, so Haeyeon and Lindsay work back-to-back throughout the day, lending a coziness to the operation. 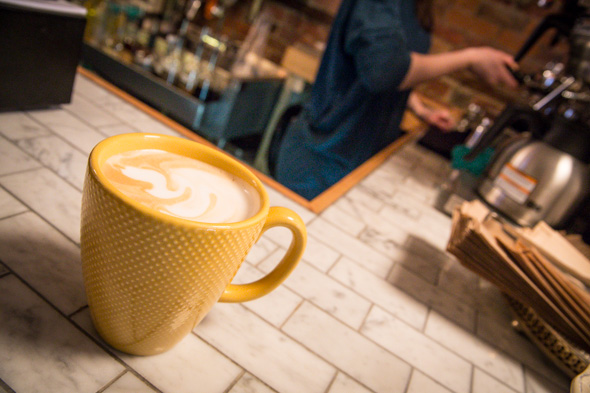 Speaking of coffee, Ze Ze operates as a cafe during the day (opening at 8am on weekdays) with house-made baked goods on hand to complement the coffee coming courtesy of Burlington's Detour Roasters . The loose-leaf tea comes from local blender Kali's Tea. There's pastries on hand, and a small brunch menu offered from 11am until 3pm on the weekends, featuring a fantastic French Toast ($9), to which we added braised beef cheek (+$4). Served up with goat's yogurt and a spiced orange and pomegranate sauce, it's rich and hearty fare, and the cheek is amazingly tender. 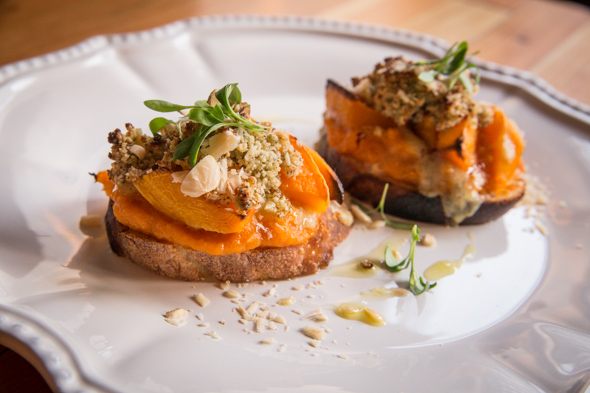 Roasted Butternut Squash ($7) is served on a brioche crostini. The squash sits atop pureed yam with melted stilton and a sage & hazelnut pesto topping. It's two small(ish) bites, but was surprisingly satisfying. It'll work well for a light lunch option or as an appetizer before digging into one of the pizzas on offer. 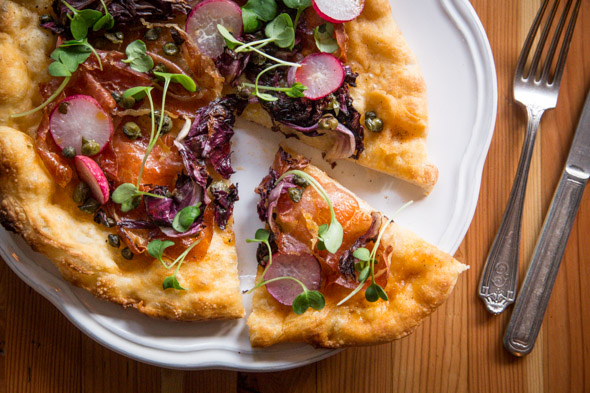 The old Bar Salumi ovens give Haeyeon a chance to utilize some skills she's picked up from a stint in Sicily. Her crust is terrific - thin and blistered, with a light crunch. The Prosciutto ($12) is based on a paprika butter rather than tomato sauce and is scattered with radicchio and roasted radishes. It's unlike any pizza I've had before, and marks a refreshing departure from the AVPN craze that's overtaken the city. 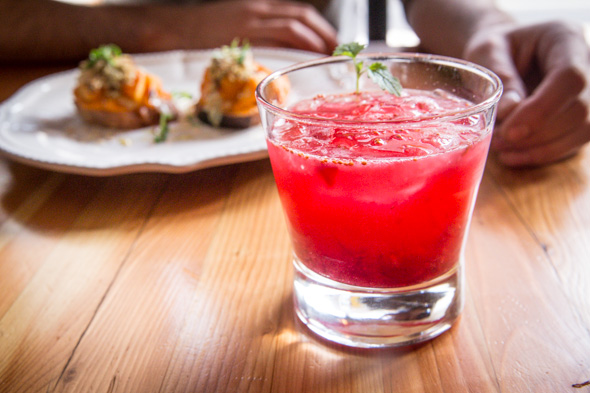 Ze Ze's cocktail program is ambitious, showcasing Lindsay's love for botany, as well as the girls' philosophy that making in-house is better than buying in. The Ginger Smash ($11) comprises muddled cranberries and a ginger root syrup in combination with gin, apple liqueur and lemon juice. The result is a tart and spicy drink with a bright citrus note. Cocktails are decently priced too, ranging between $9 to $12. There's also a solid beer selection, with bottles from Dieu du Ciel!, Collective Arts, and Spearhead, amongst others. The two taps on offer ($6.50) are both Great Lakes brews. 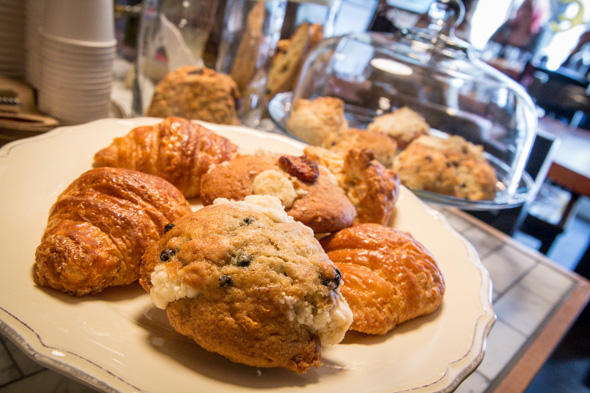 Ze Ze's all-day approach makes the place hard to resist, and happily not one of the many hats it wears feels like an afterthought. With such a pleasant atmosphere and the fastidious attention to detail in everything they serve, I'm sure they'll have no problem keeping the locals happy.

Opening hours are Tuesday and Wednesday 8am-9pm, Thursday through Saturday 8am - 11pm and Sunday 10am - 4pm. 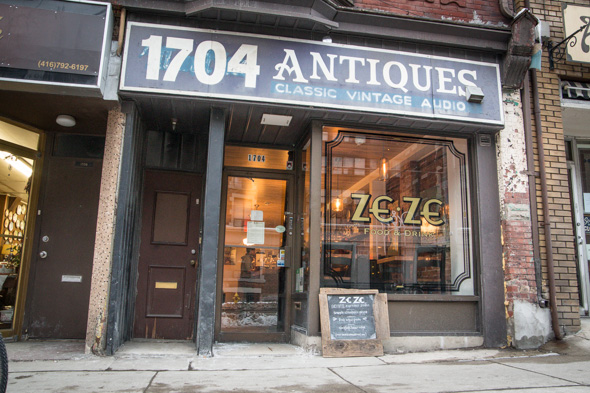