Za Pizzeria is a pizza parlour in the Annex slinging an entirely novel new type of pizza; BBQ pizza. Primarily a take out counter and delivery service, the joint is co-owned by newlyweds Jason and Lisa Costantini who have altered a traditional gas grill by adding a pizza stone and oven rack as well as a custom-built cover that rolls over the whole contraption.

Costantini feeds the oven fire bricks to retain heat and wood chips to impart a subtle smoky flavour to each pizza crust. It has the inadvertent bonus of making the whole place smell like a sauna too. 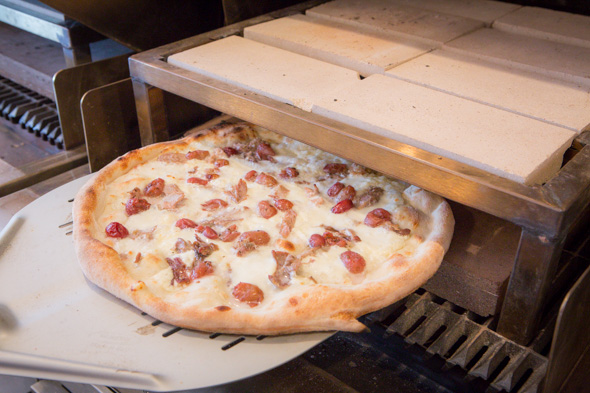 The ovens reach up to 700 degrees, which means that pizzas cook in just a couple minutes. Apart from the cooking methodology, the dough differs from typical pizzas too. It's not made from the Caputo flour that's prized in Italian pizza making, but rather durum wheat grown and milled here in Canada. The recipe also includes soda water, which gives the dough a light and fluffy quality. 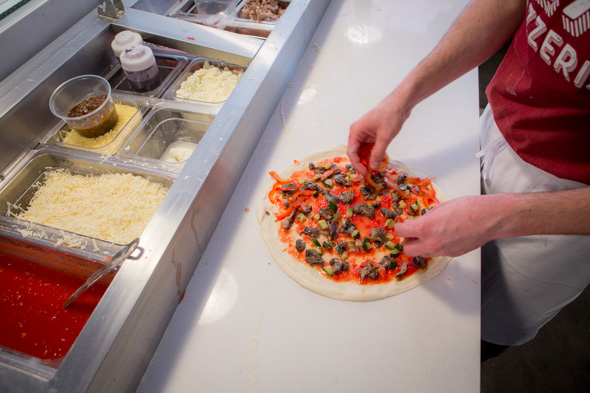 Jason is a trained chef with 15+ years experience under his apron. He's worked for Susur , Mark McEwan and at Libretto , and while you can get traditional margherita ($9) and pepperoni ($10) pizzas, the unusual signature and featured varieties are where his creativity shines. 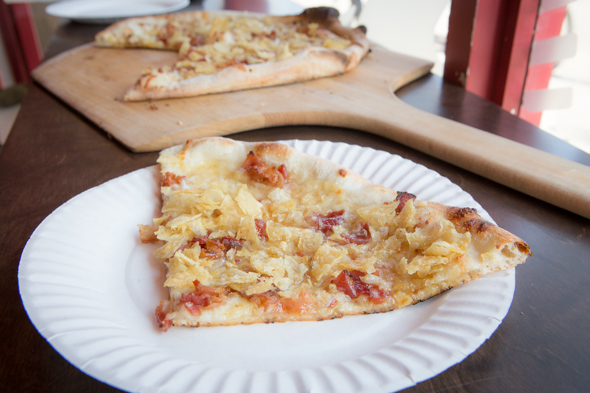 Take the Oh Canada ($14) for instance. Maple syrup and melted mozzarella form the base of this pizza; then it's loaded with chunks of bacon and plain potato chips. 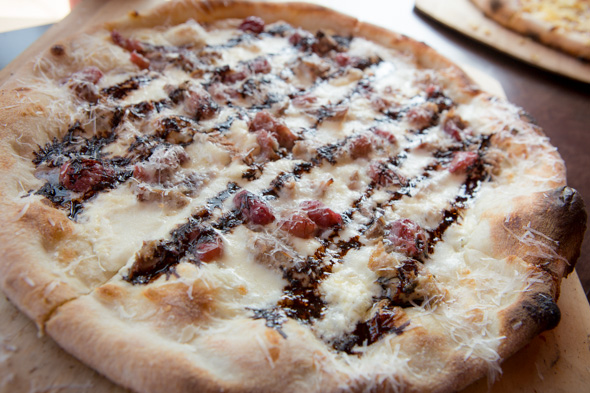 Featured pizzas like the Duck & Grapes ($18) with duck confit, roasted grapes and balsamic reduction over buffalo mozzarella boasts flavours that you can imagine on the menu of a more sophisticated restaurant. The toppings here are prepared from scratch and the meats are all sous vide until tender so that they won't dry out in the oven.

Other current features include a soup-inspired French Onion pizza ($15), and the Blue Bison ($16) with blueberry sauce, blue cheese and ground bison. You'll have to try them while they last, though. This portion of the menu will change frequently, and only the most popular varieties will be added to the regular roster. 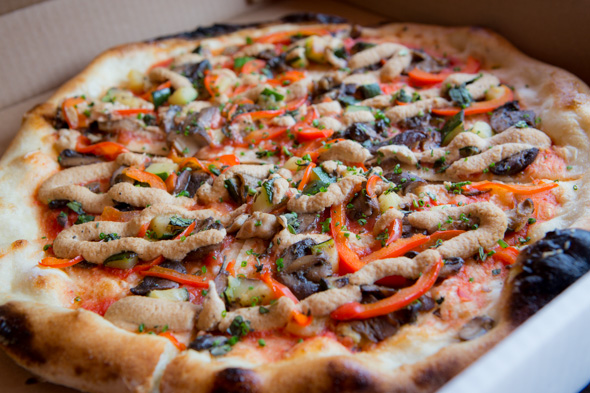 The last pizza I try is a vegan option ($15) topped with tomato sauce and a medley of sautéed mushrooms, zucchini and peppers. Thankfully, there is no fake cheese. Instead this pie is finished with a house-made cauliflower and macadamia nut purée which adds creaminess and richness without any claims of trying to resemble cheese. 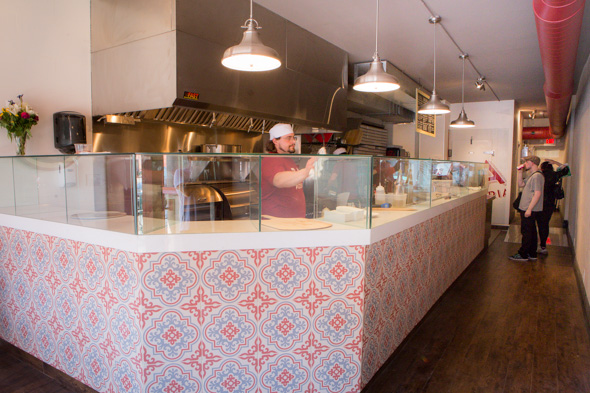 Slices and half pizzas are available too, but these ready-made options only sit for a maximum 30 minutes before they're set aside to be donated (rather than sold). Should you want a slice that's not on display, just have it made up fresh - it'll take less than five minutes. 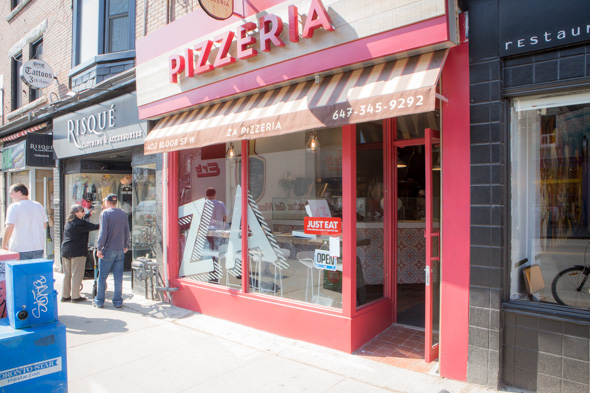