Yoyo's Yogurt Cafe has placed itself right in the line of frozen treat fire. It's a few doors down from Greg's , just a couple blocks away from Sweet Fantasies , and a brief saunter away from Menchie's near Bloor and Bathurst. But despite its competition, the belief at Yoyo's is that it can distinguish itself from the others for a few main reasons.

"Our frozen yogurt is liquid-based," Yoyo's assistant manager, Tyler, tells me. "A lot of other places use powder-based yogurt, and you can usually taste the difference." 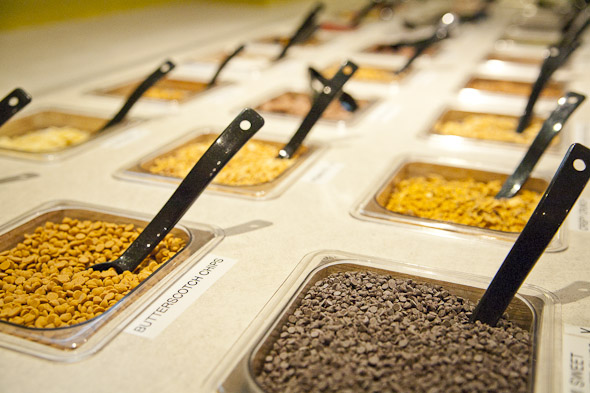 "The other thing is our customer service," he continues. "We're ready to help anyone who hasn't been here before, and we try to create a fun, relaxed environment."

I'd wager that the number of self-serve fro-yo novices in Toronto is declining, especially seeing as other shops like Yoyo's seem to be sprouting up with trendy vigour. But Yoyo's already has a successful flagship London (Ontario) shop to its name, as well as a tough Toronto winter season behind it. 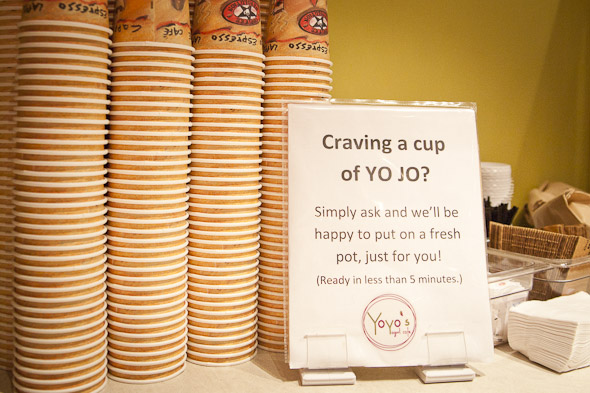 "We opened in December," Tyler says, inadvertently telling me I had passed by countless times since without noticing. "So this is our first summer, and so far, it's going really well." 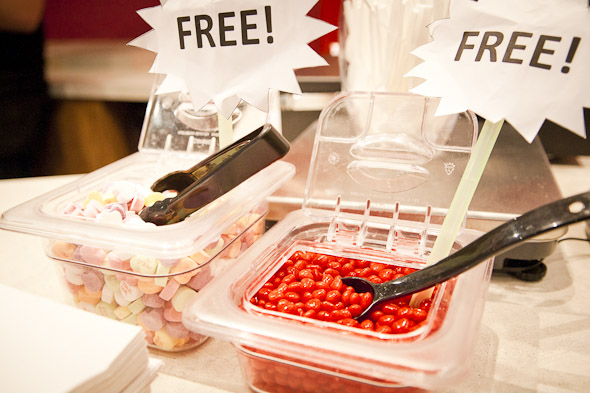 Yoyo's adopts the same formula as most self-serve frozen yogurt shops. It offers eight flavours in-store--two of which are dairy-free--and is constantly collaborating with its London supplier and faithful customers to develop new frozen yogurt varieties. The toppings are also constantly changing, taking into account customer suggestions and fruits in season, but typically include over 30 choices. 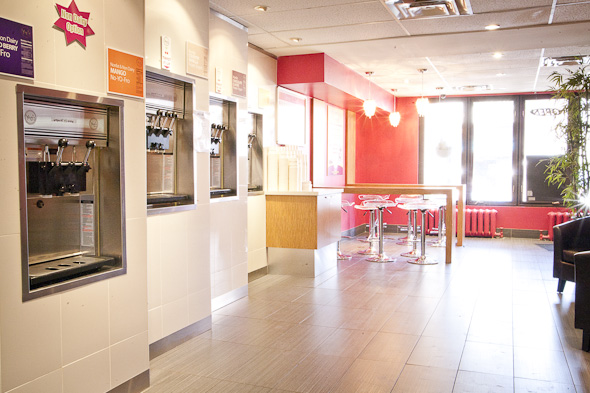 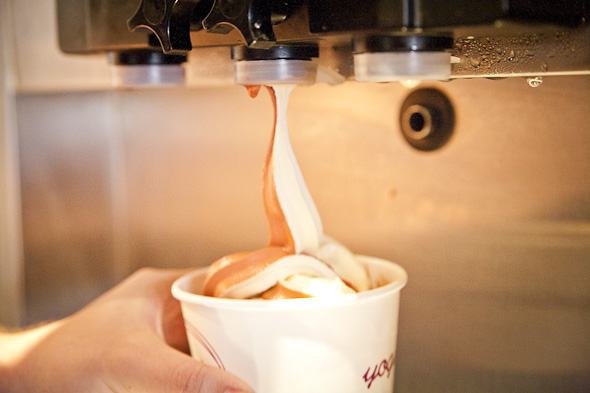 The frozen yogurt at Yoyo's is all nonfat and made with a focus on natural ingredients. The cost is calculated by weight, currently listed at $0.55 per ounce, but Tyler hints that the price may go down. "We're looking to undercut the competition," he says. 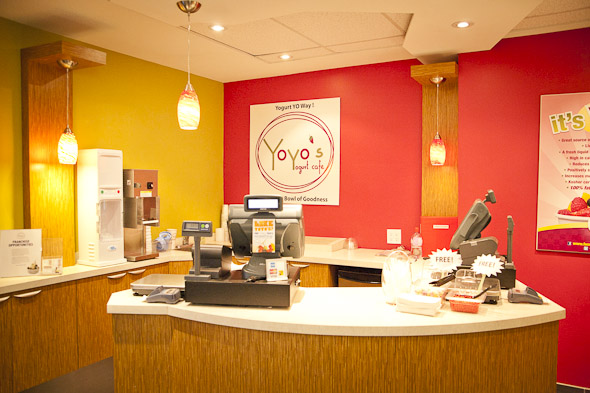 I, on another note, am looking to snag a patio spot, which is actually quite generously sized for a busy spot on Bloor. I take with me my Raspberry/Original Tart/Mango sorbet combination bowl, which I've decorated with fresh fruit instead of the candy, cereals, and vegan cookie dough that momentarily caught my eye. 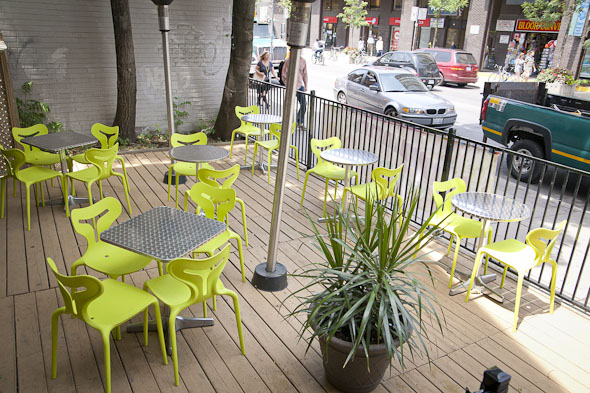 The Original Tart is a true to yogurt as can be, creamy and smooth with a light yogurt flavour. The Raspberry is definitely the treat of the trio, with a bit of a candy-like tang and a lot of sweetness. The Mango is a little icier--to be expected of a nondairy option--and has a fresh mango flavour, and is also, thankfully, the slow-melter of the group.

Yoyo's also offers smoothies, tea, and will brew up a pot of coffee on demand. It's also currently scouting for its top fan , who will win a year's supply of Yoyo's fro-yo for pleading his or her case. And if all goes well, Yoyo's is looking to franchise and expand to neighbouring cities. But for now, the focus for Yoyo's is just making its mark amid neighbouring stores. 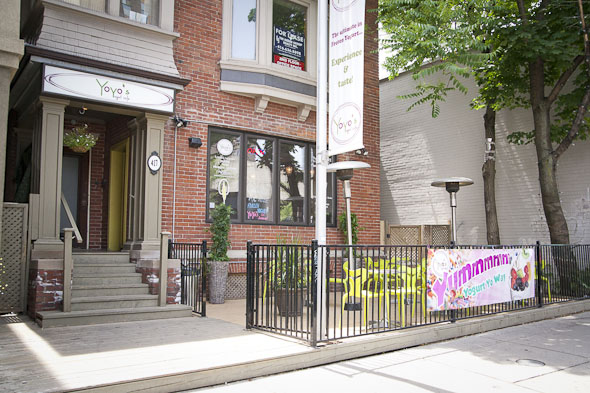