Ye Skewers Hot Pot focuses on Sichuan hot pot with all of the fixings including meat, seafood, veggies and noodles served cafeteria style, and mostly on skewers.

This location sits in the Skycity Shopping Centre in Scarborough among several other restaurants and dessert shops, with its second outpost in Aurora.

The concept was the brain baby of three friends from Chengdu. 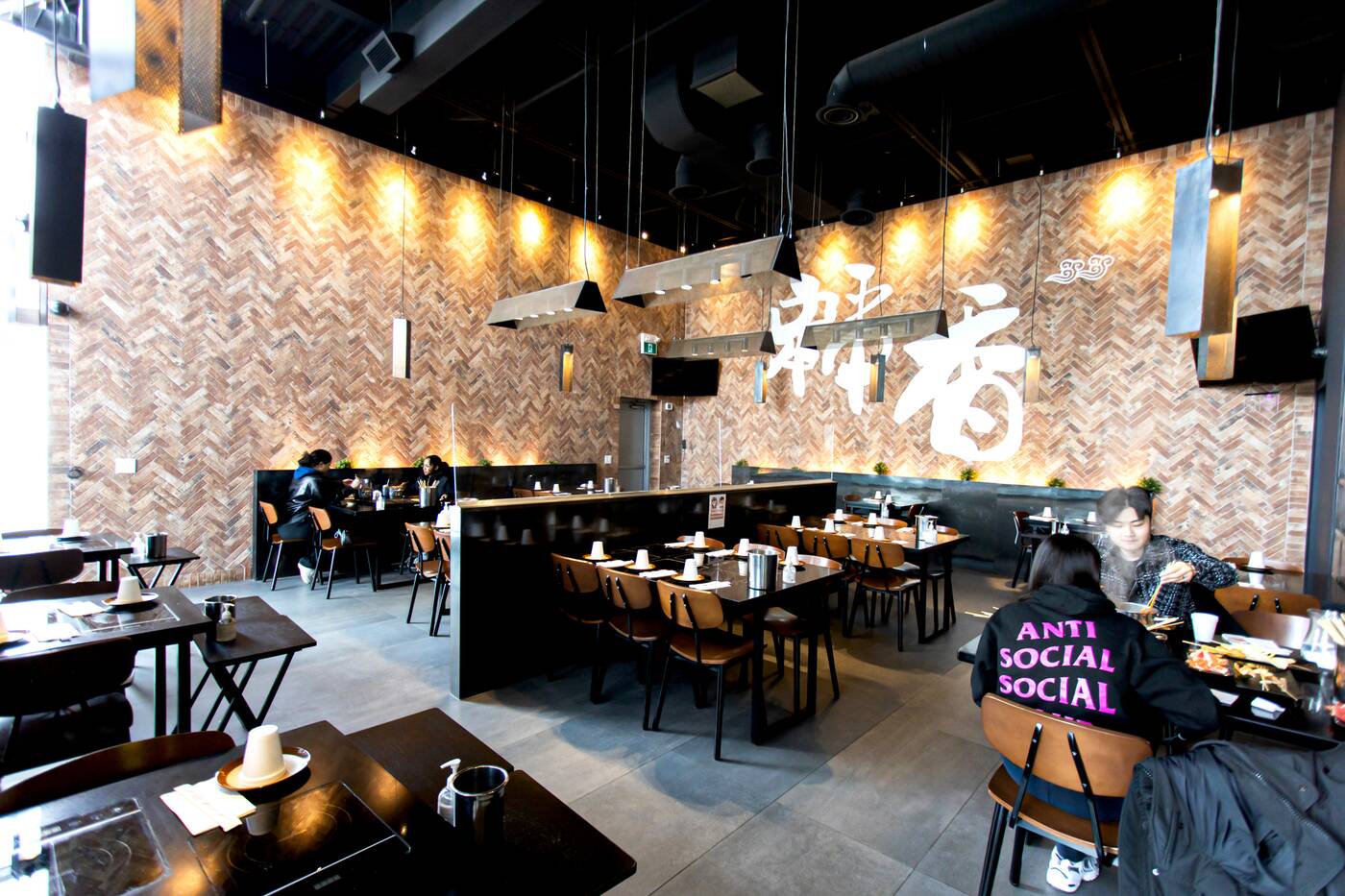 "Ye" is a Sichuanese term that translates to "bro," so the laidback, friendly atmosphere feels fitting. 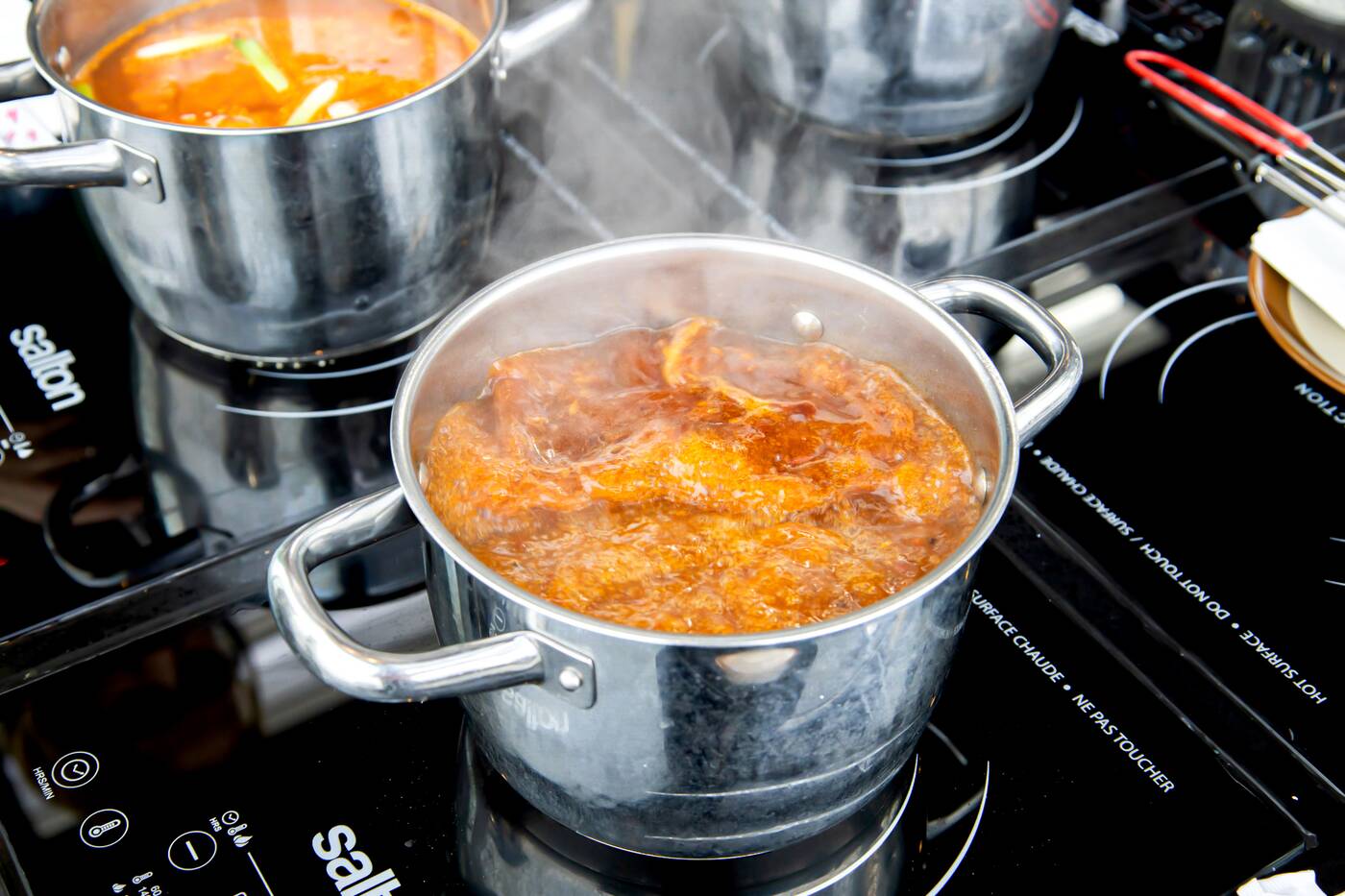 There are nearly 10 soup base options including the most popular beef butter oil ($13.99), which is made up of around 30 secret ingredients and boiled for over 10 hours to fully marry all of the flavours. 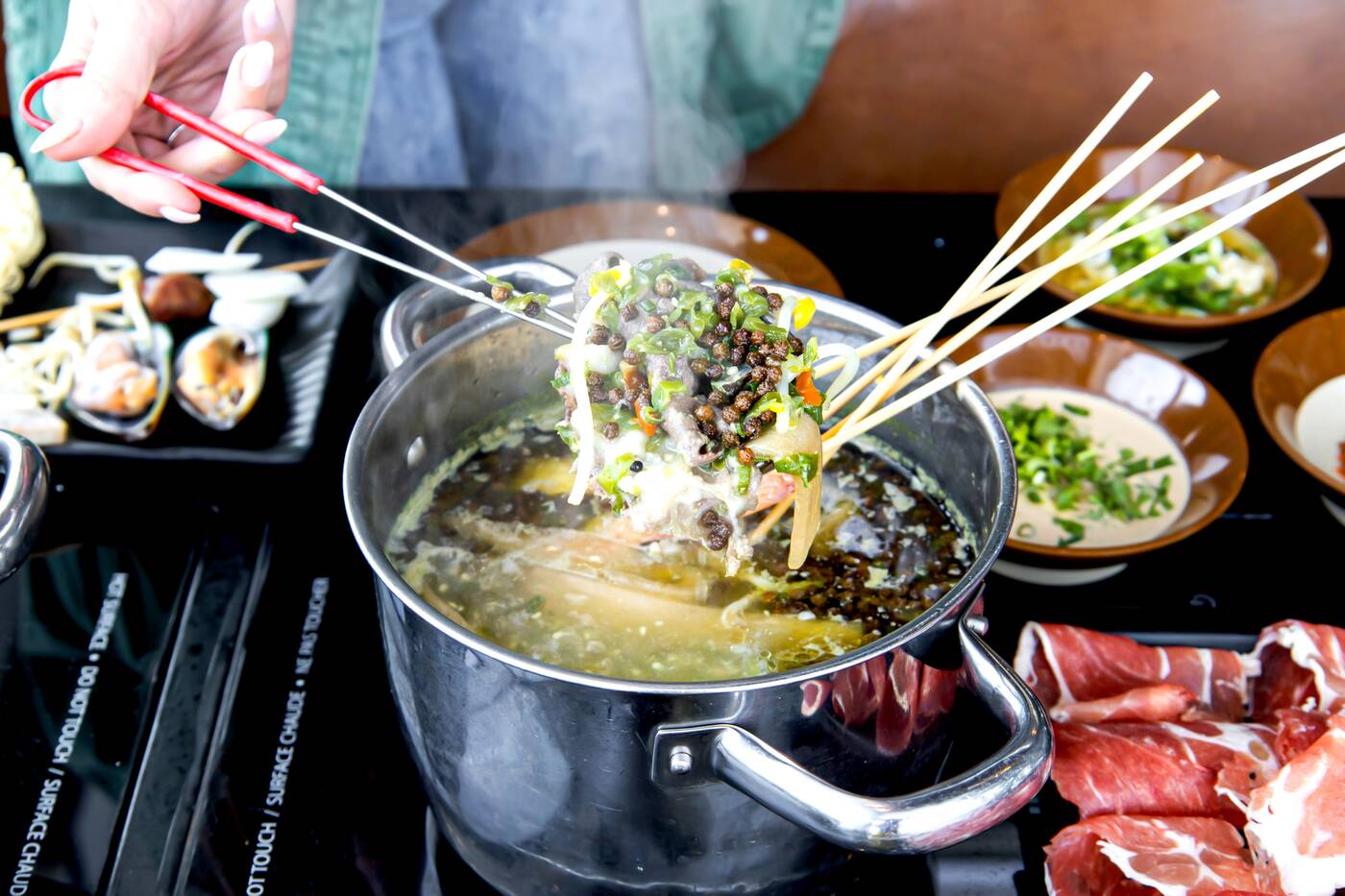 Signature green pepper ($10.99) is another broth we order. Chili peppers, like the very spicy Sichuan seven-star, are all imported from China for this one. Heat levels can be altered for each soup and though we try mild for both, my nose still runs. 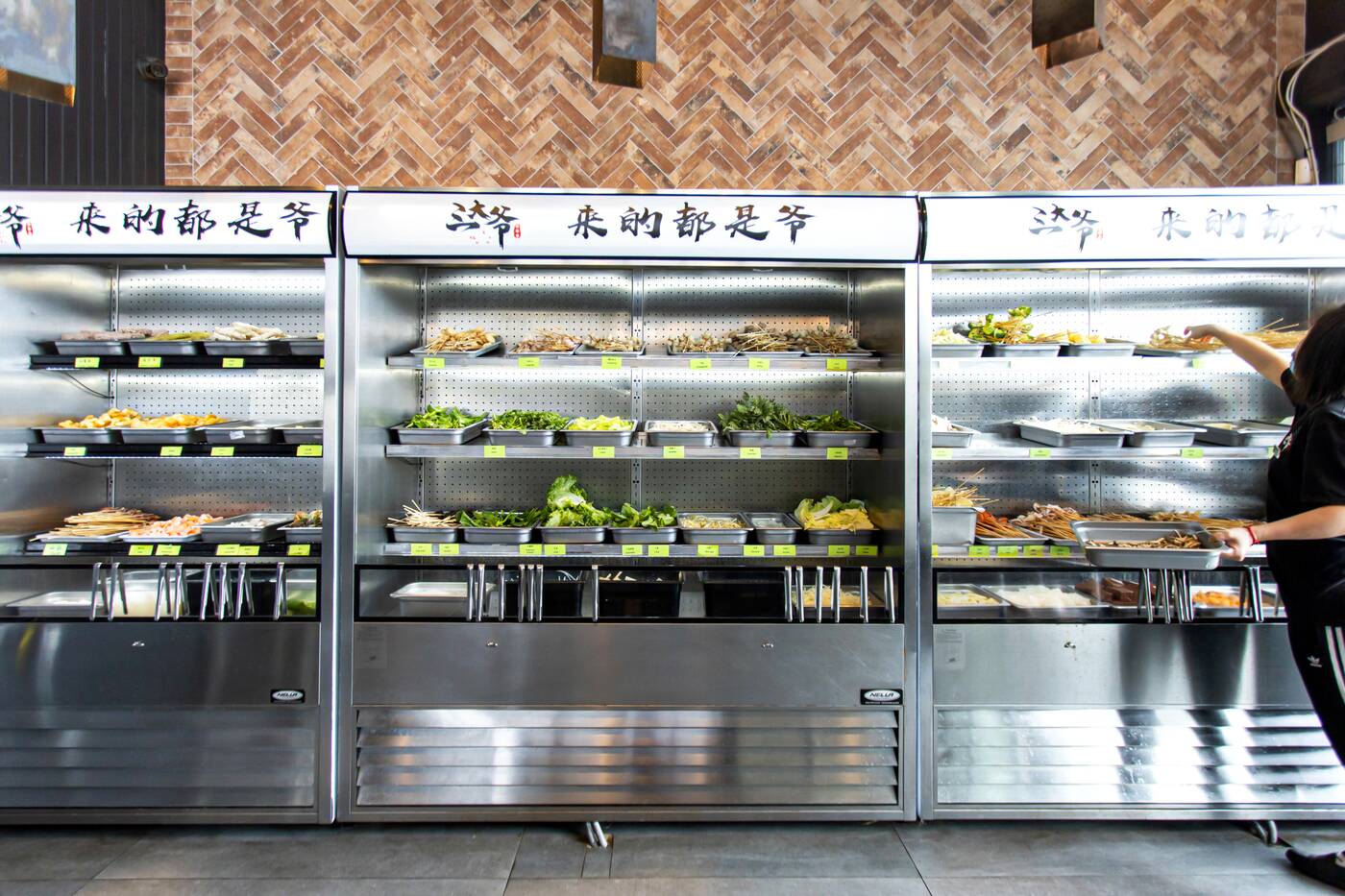 Head over to the fixings station once you've chosen your soup base to pile up on sides and protein. There are over a hundred items to choose from, with each skewer holding just a small bite-size portion. 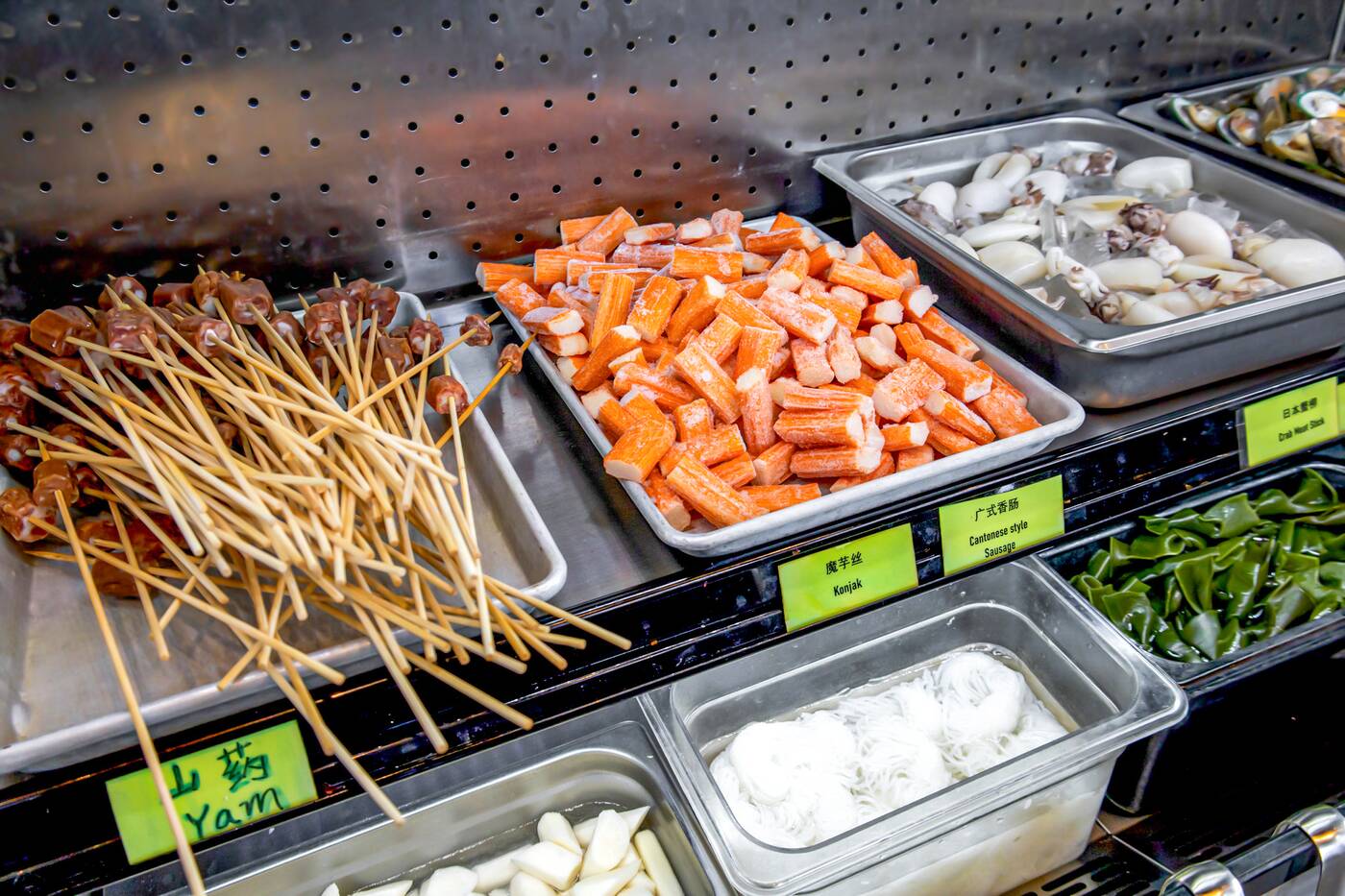 Skewers hot pot is a specialty in the Sichuan region of China and gained popularity in the last few decades. The biggest perk to eating hot pot this way is immediately clear, you can be adventurous and try many different things at once. 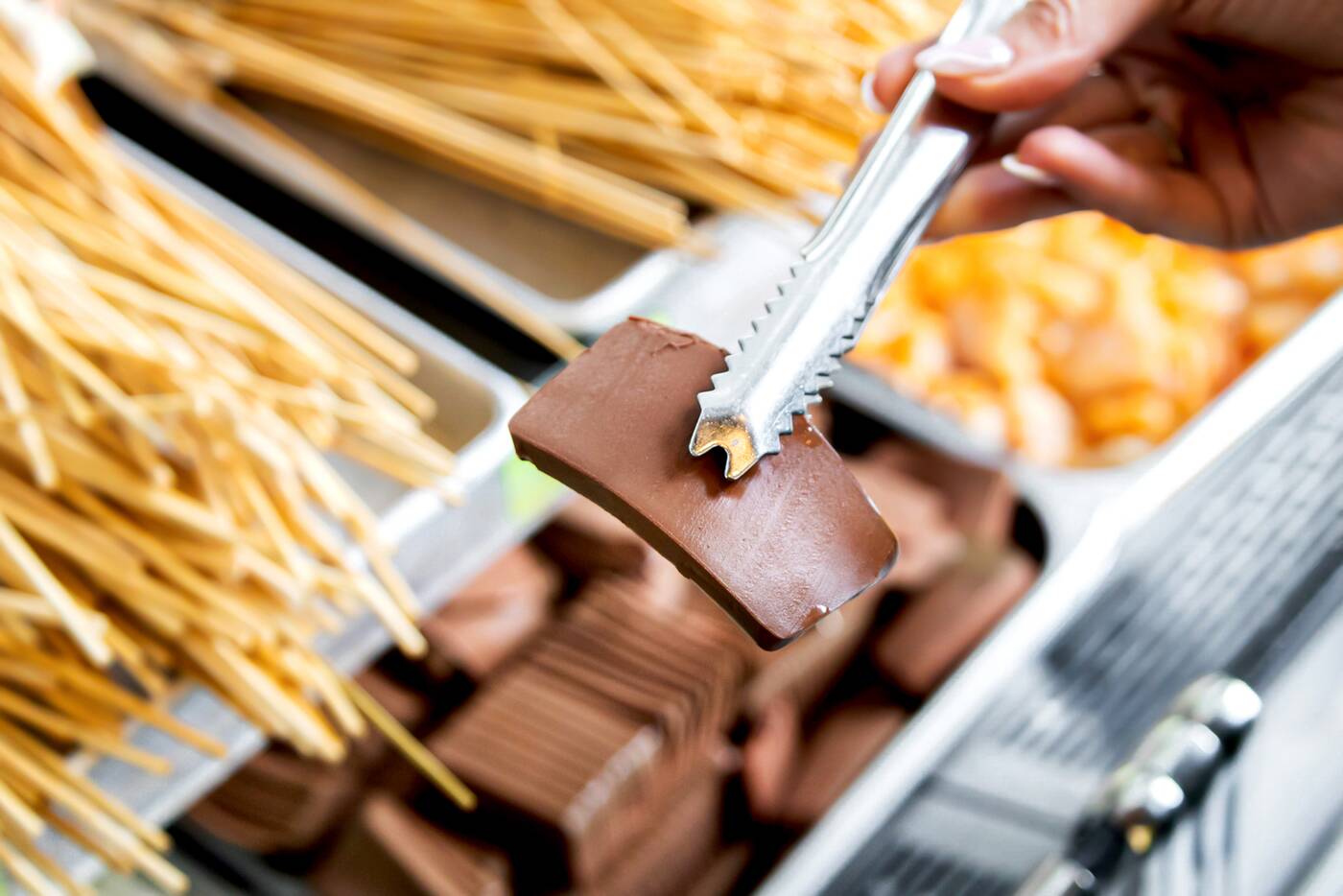 One of the things I'm able to try for the first time is duck blood. Made with dried fruits, vinegar and duck blood, its texture isn't that far off from tofu and it's both sweet and sour. 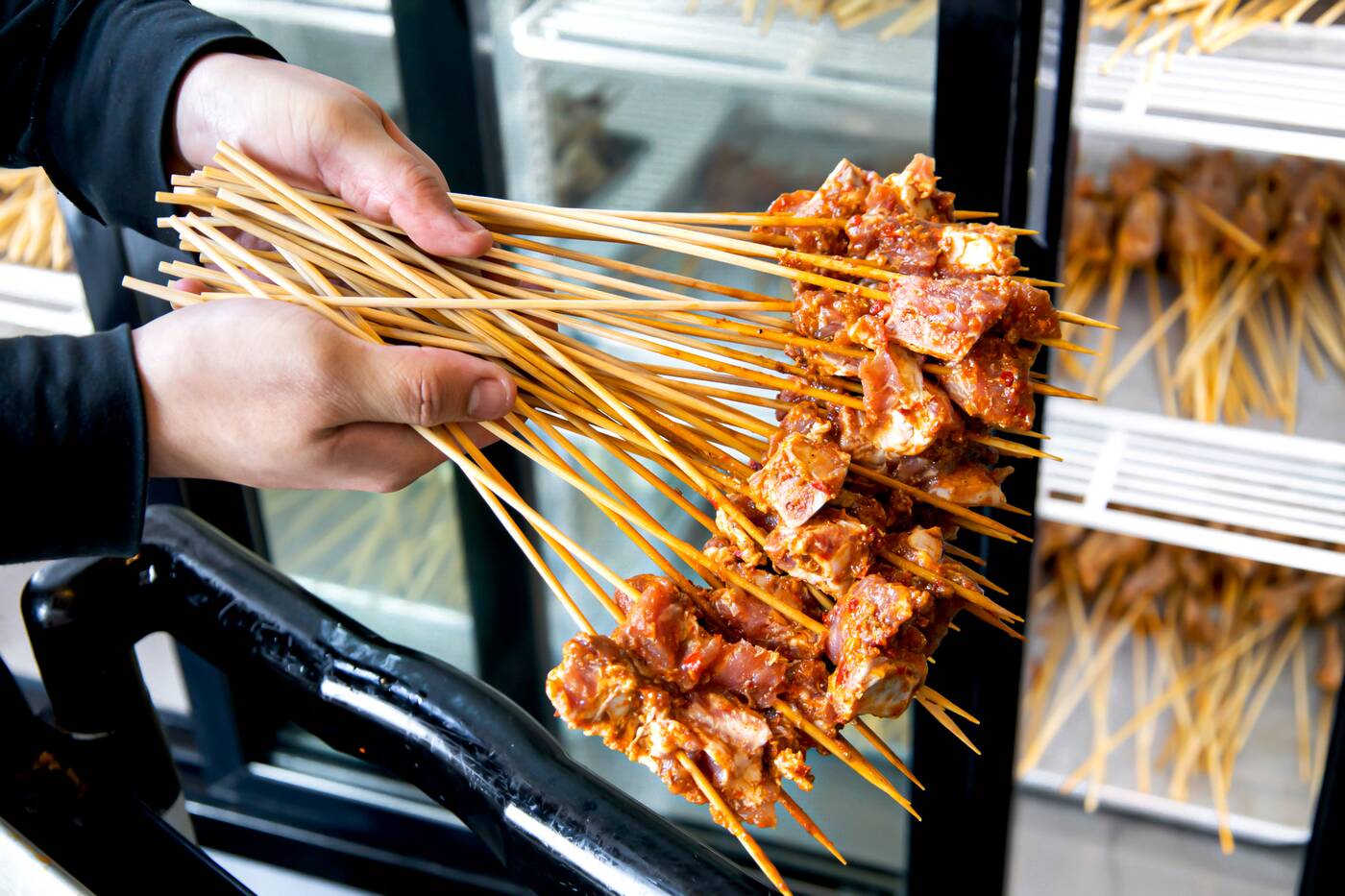 When it comes to beef, alone, there are more than 25 options. Some are wrapped in mushrooms or paired with pineapple, others are marinated in over 26 ingredients. 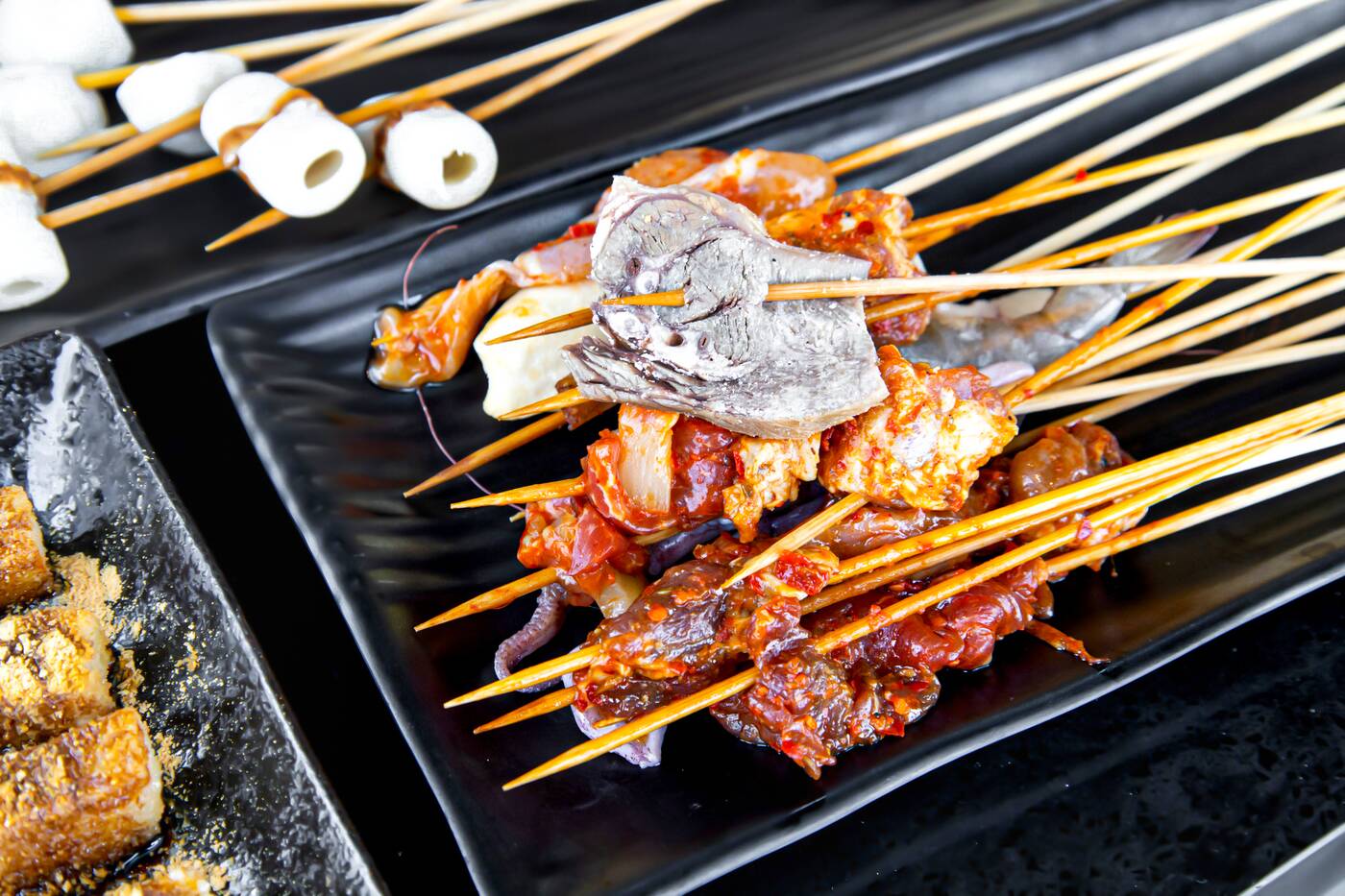 Almost every part of the cow is available including shank, shoulder, ribs, throat, intestine and tongue, which has a much softer texture to other cuts of beef. 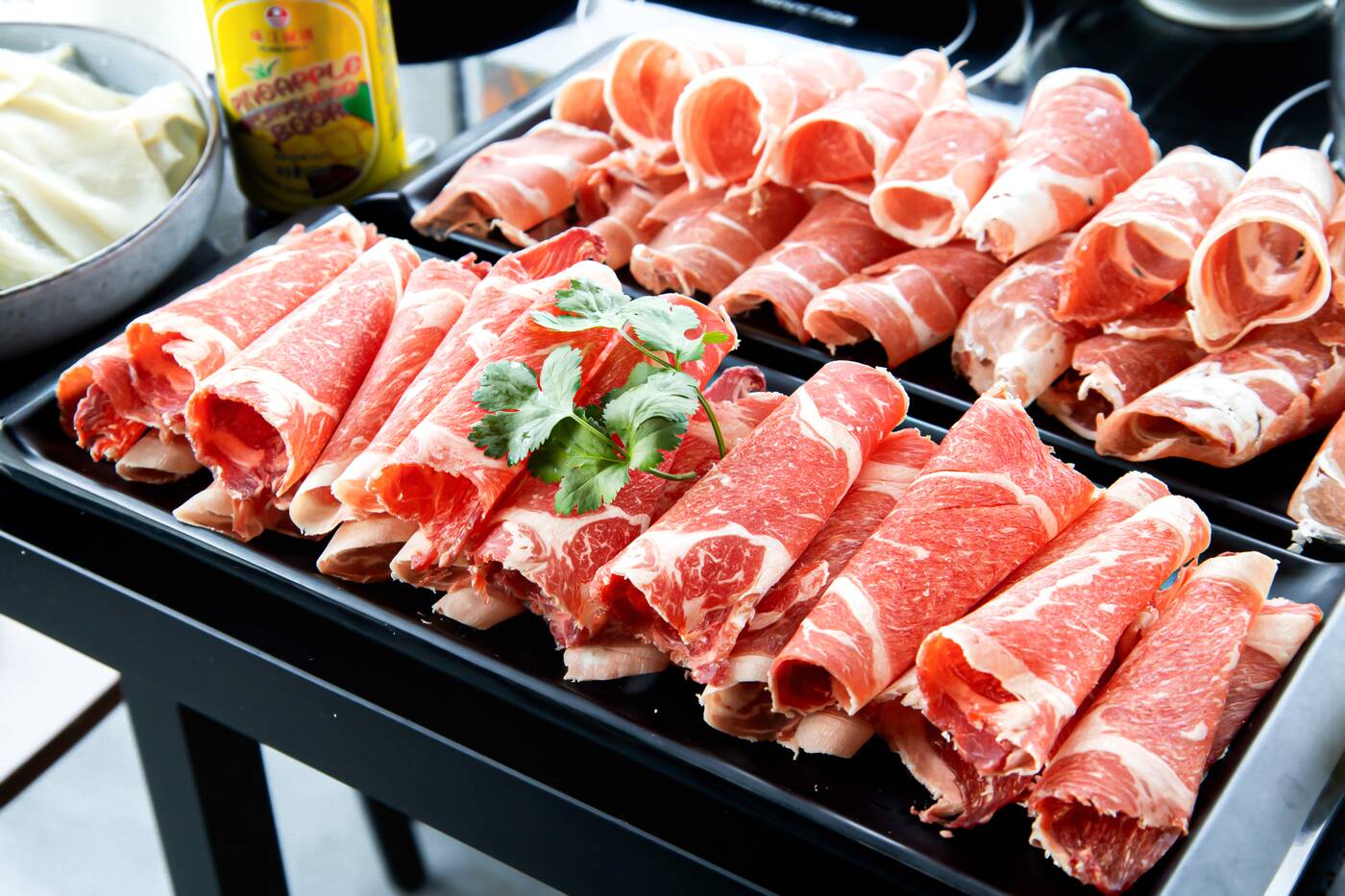 New Zealand lamb and beef can also be ordered off the menu for no extra charge. 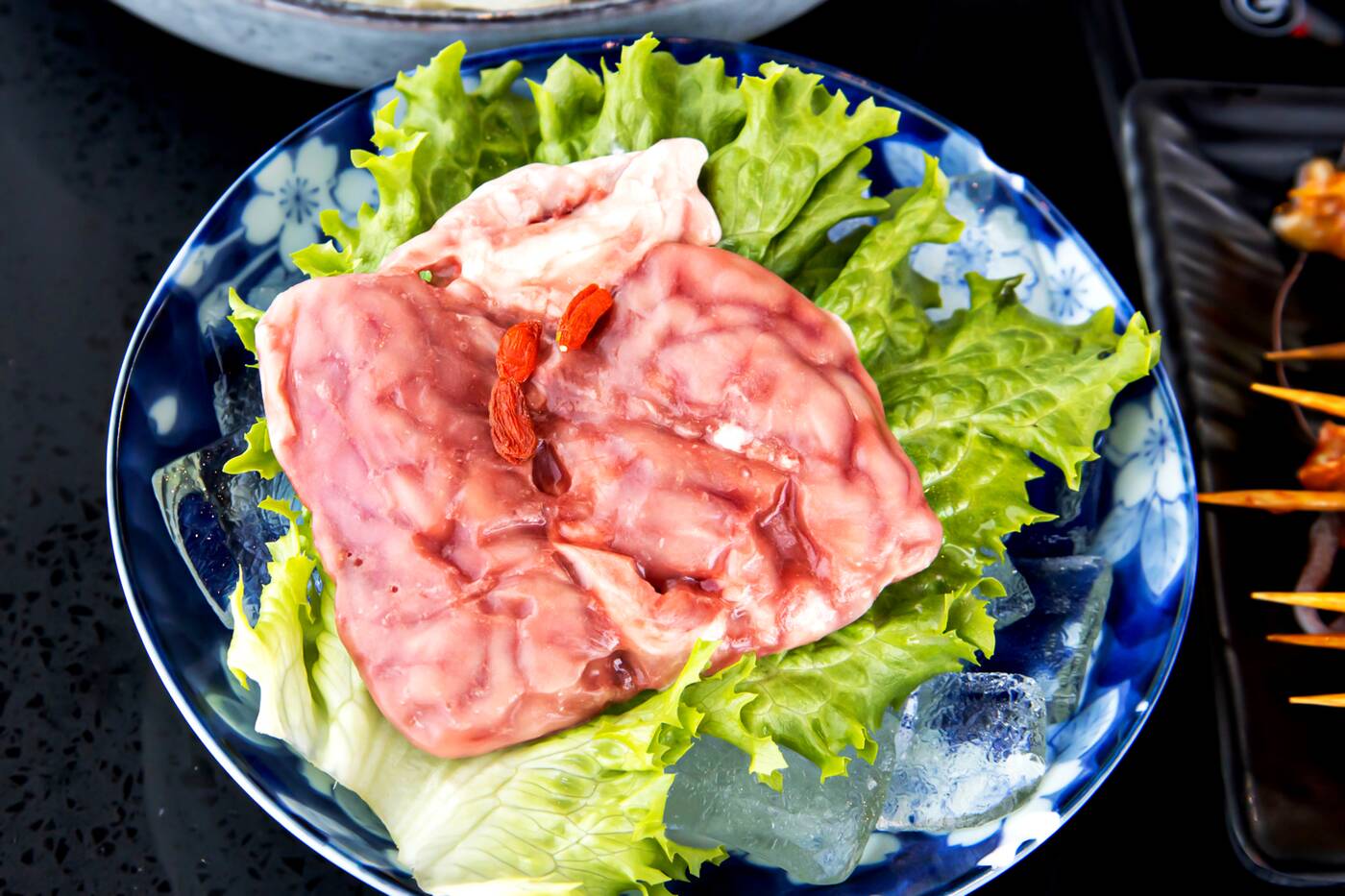 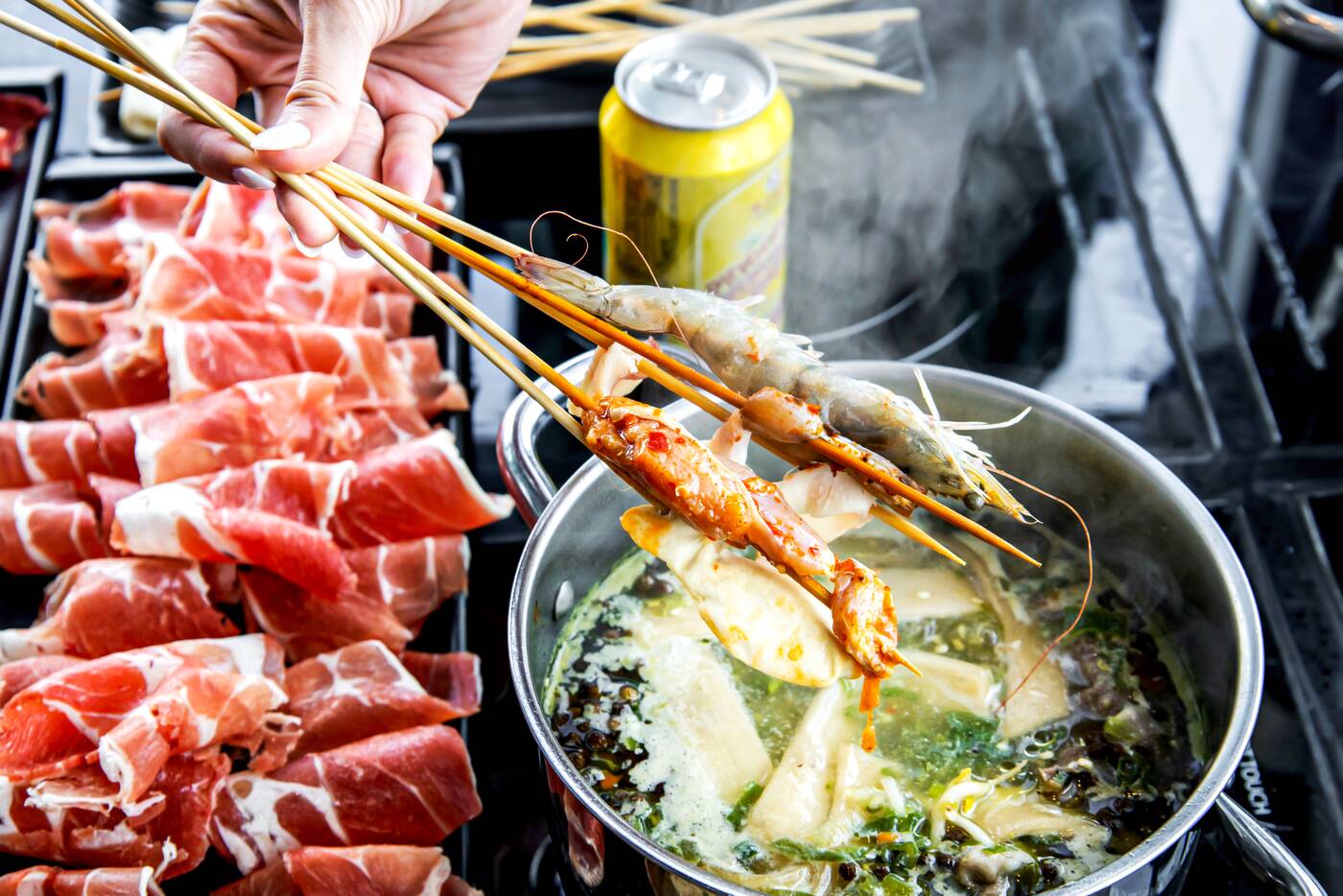 Don't forget about the selection of seafood that can also be dunked in the seething broth, think shrimp, mussels, calamari, fish balls and fish tofu. 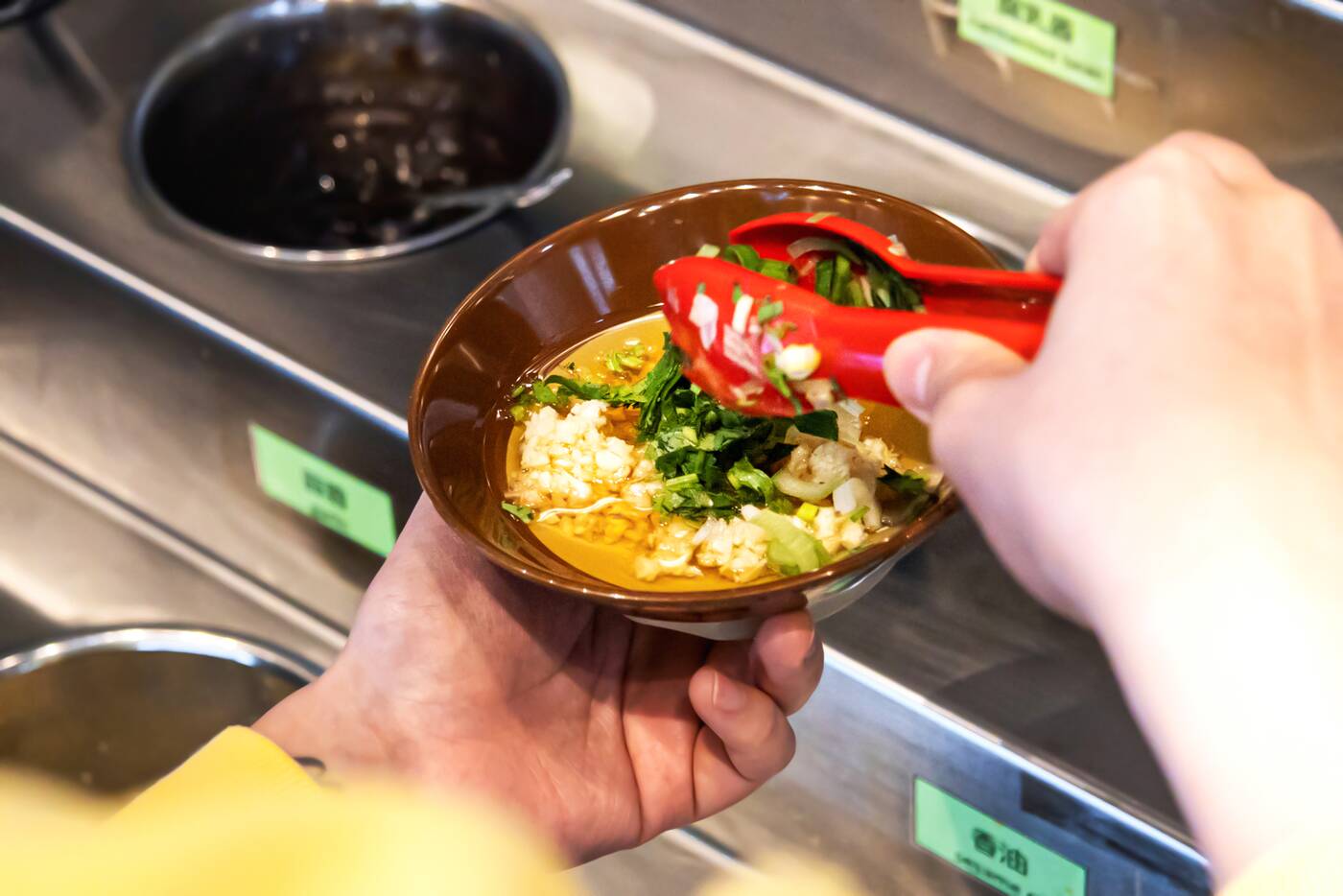 Since sauce preferences change drastically from region to region in China, they can be completely customized over at the dip station. 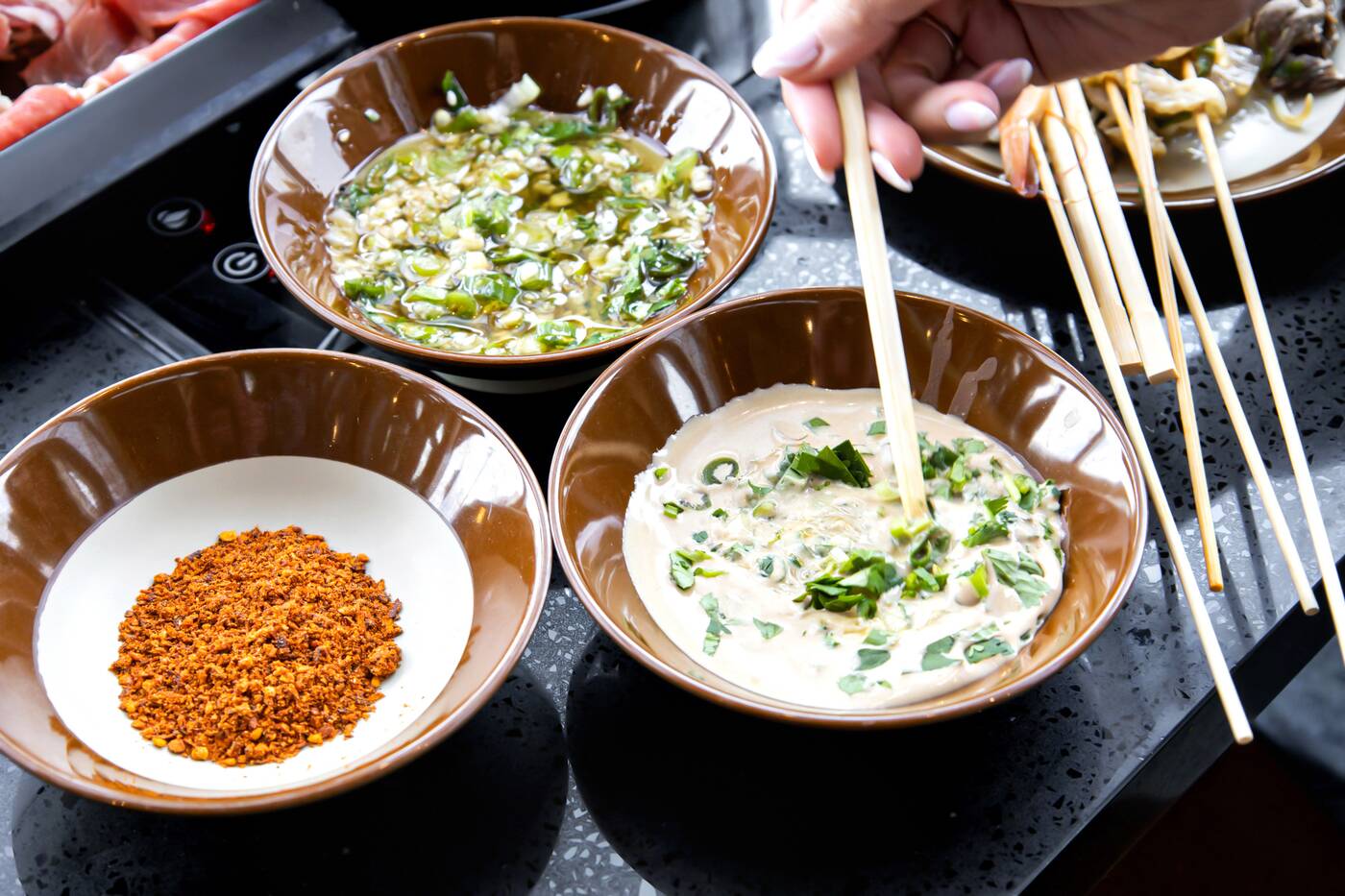 Another dipping sauce comprised of sesame sauce, fermented bean, leek sauce, parsley and green onion is typical of the northern reaches of China. 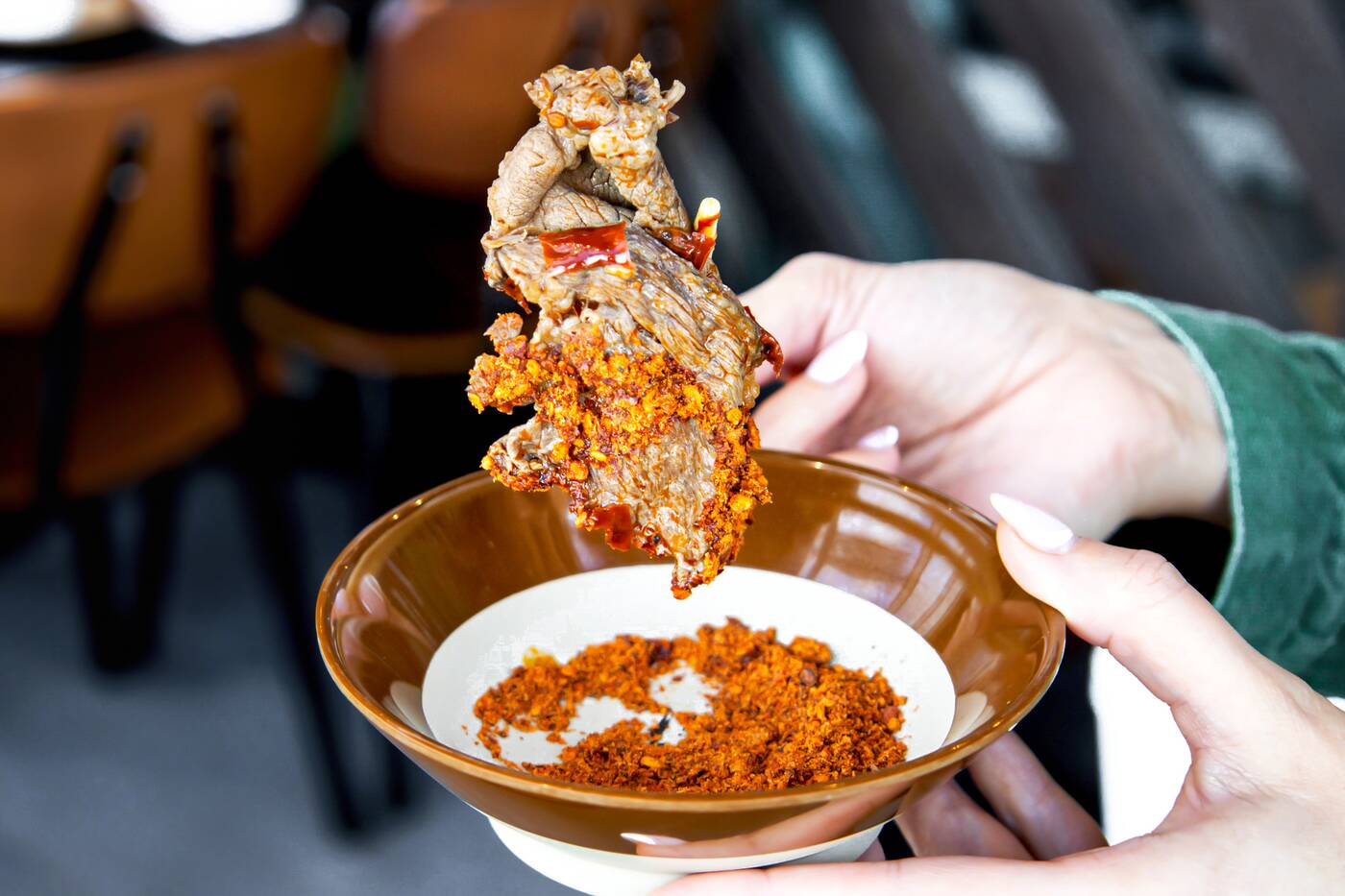 Combine chili pepper, peanuts, and some other preferred spices for additional dipping. 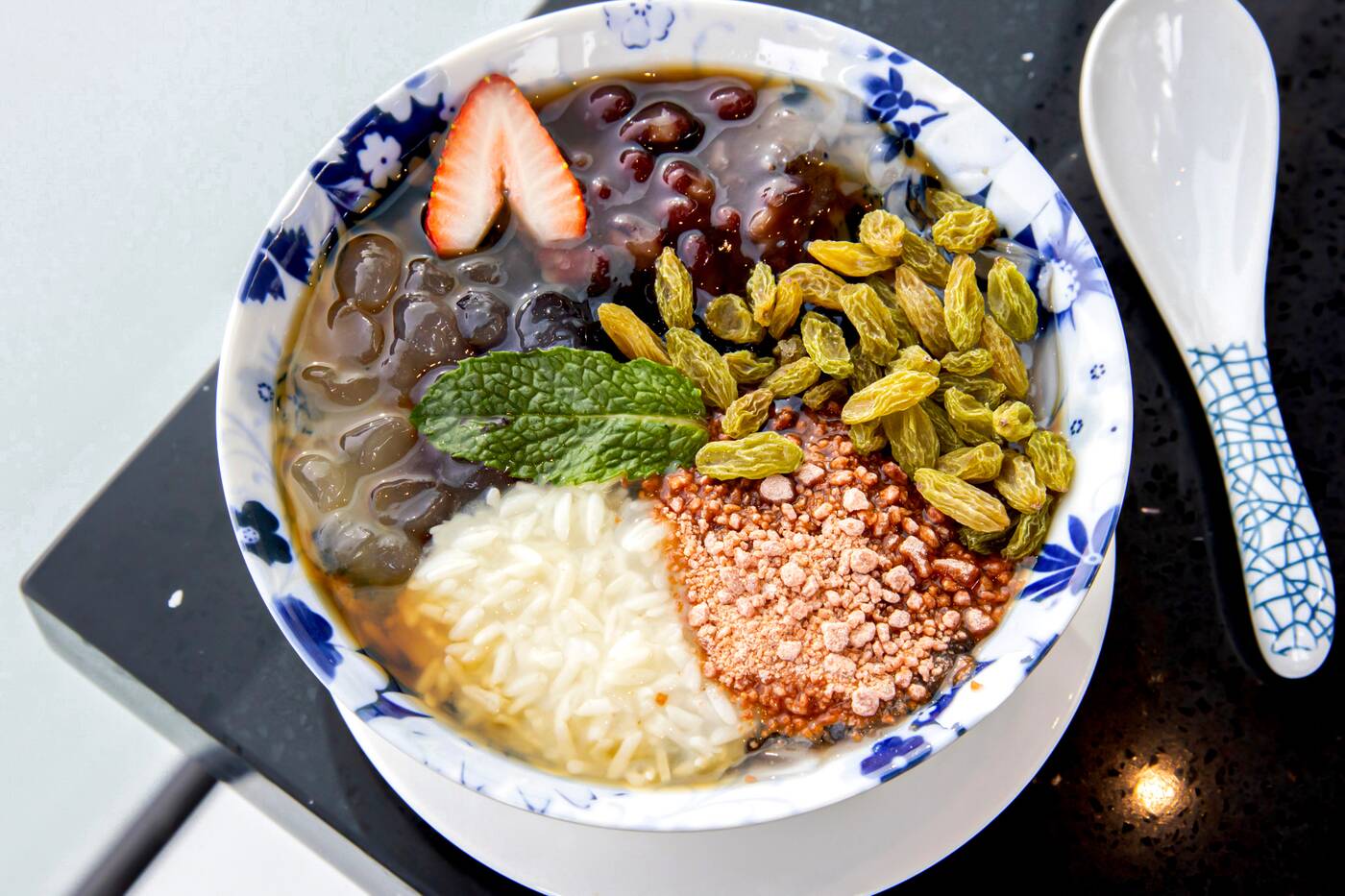 For those who still have some room left for dessert, brown sugar ice jelly ($5.99) is on the menu. The traditional Chengdu dessert includes dried grapes, hawthorn berries, red bean and sweet rice fermented with Chinese wine. Mix it all together to eat. 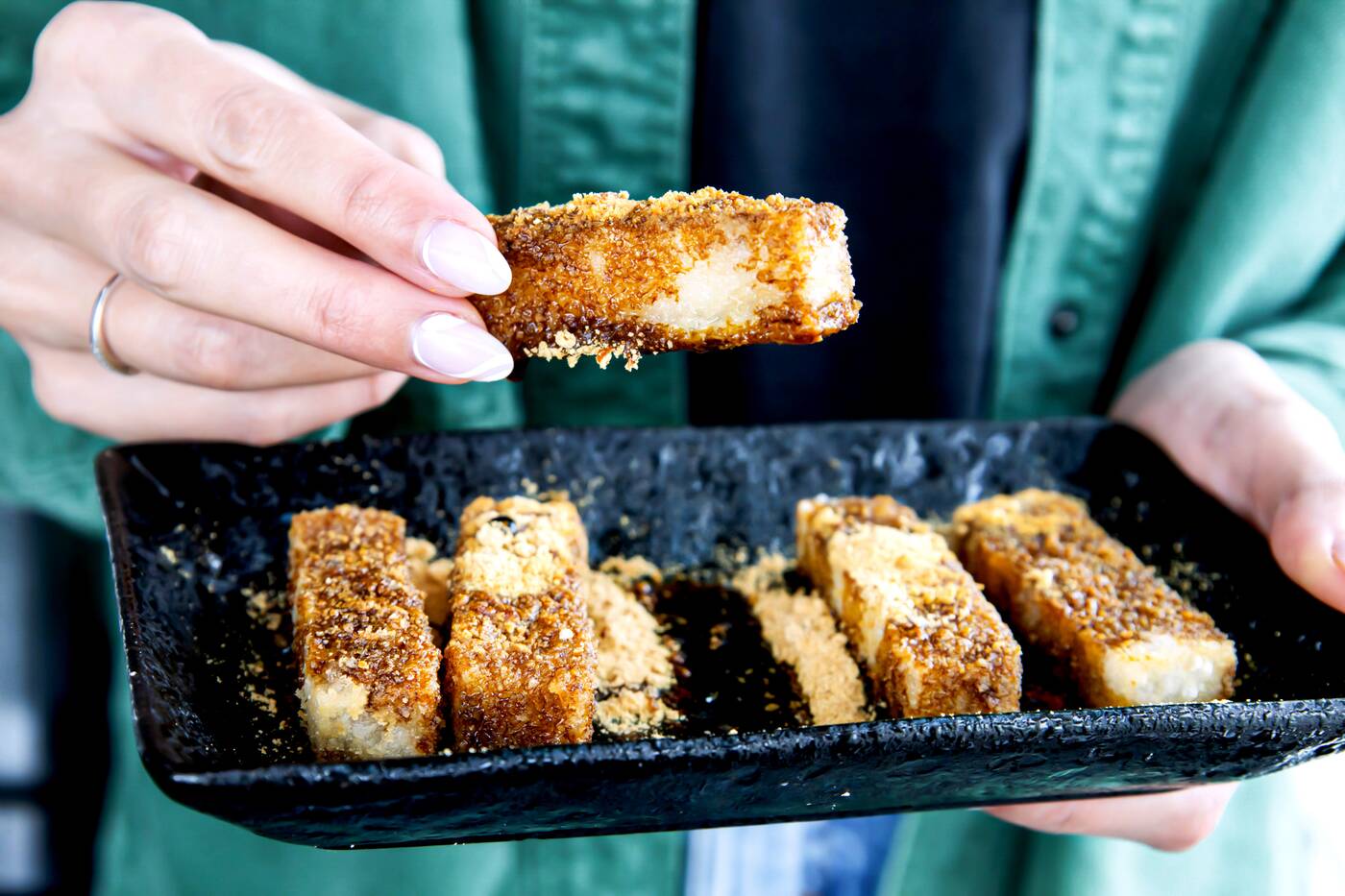 Black sugar glutinous rice cakes ($5.99) are made with unrefined cane sugar and sticky rice from Southeast and East Asia and have a nice slightly crisp skin around a soft, chewy middle. 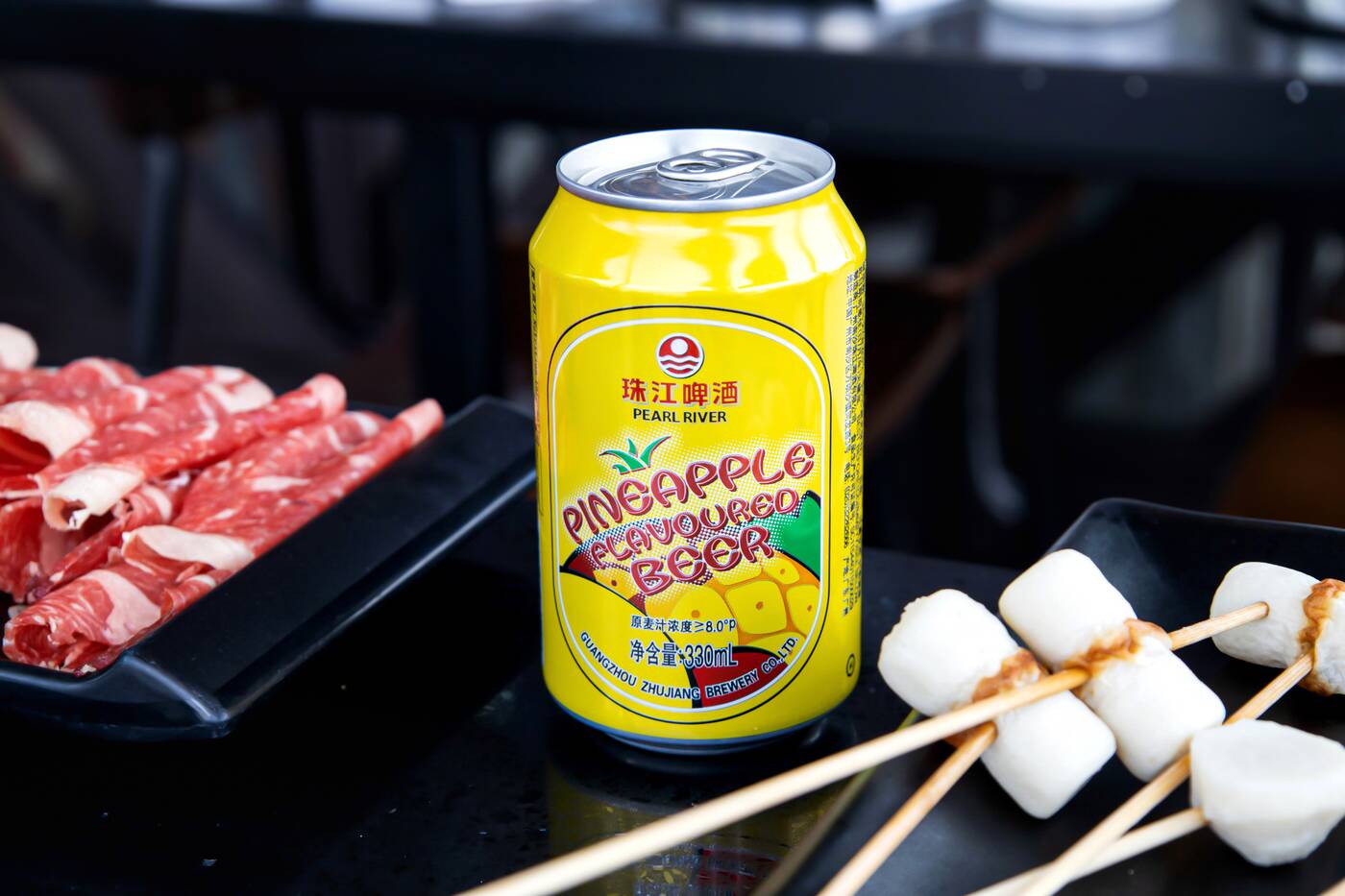 The drink list is made up of domestic beers and soft drinks like the non-alcoholic pineapple beer ($2.99), which is similar to a ginger beer just with pineapple instead of ginger.

We're told the homemade plum juice is most popular, though we'll have to come back for that since it had already sold out by the late afternoon. 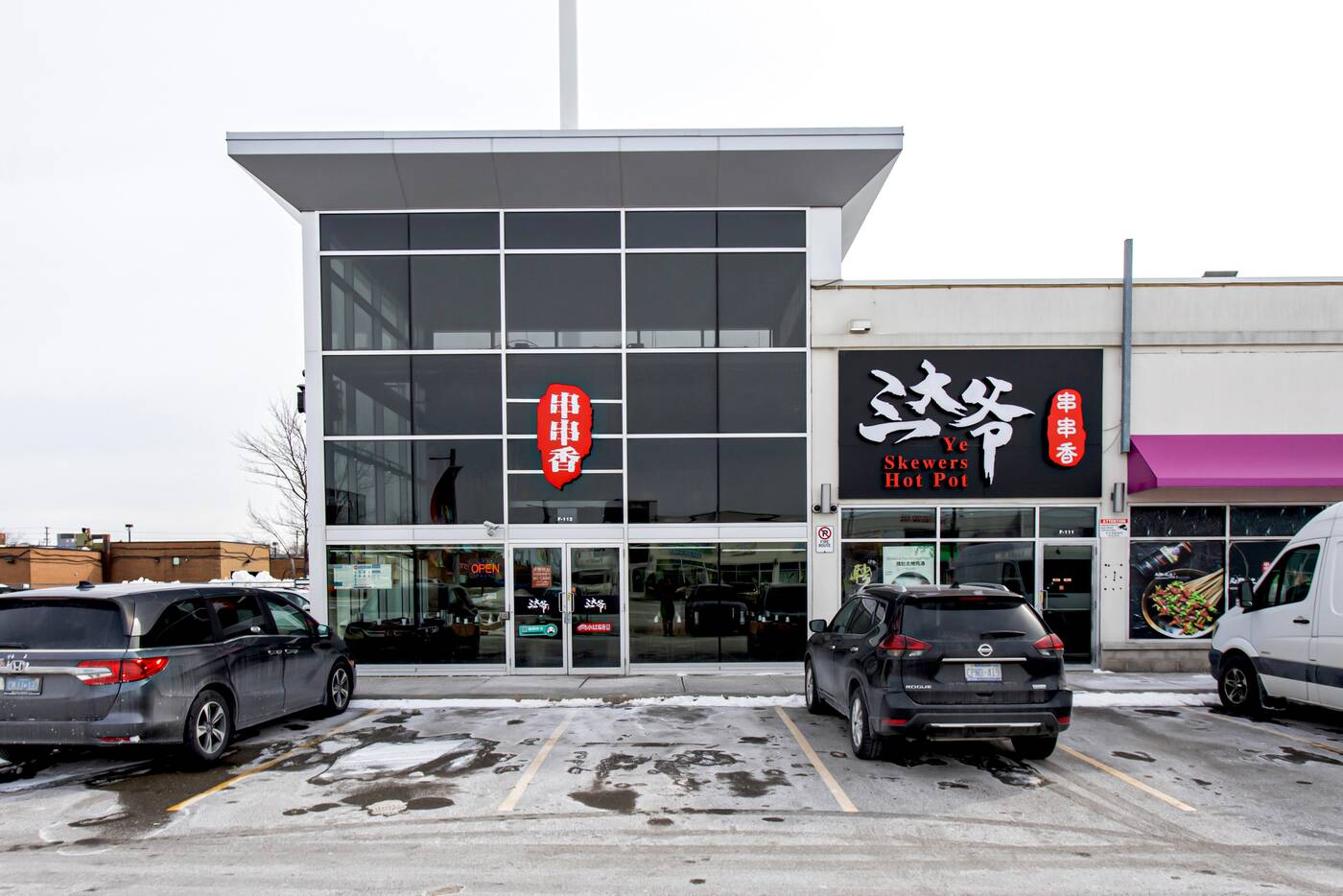