Wu Jian Dao is a Chinese chain specializing in Shanghai-style dumplings (or sheng jian bao), with over 75 locations in China and its first outside the country here in Toronto.

The name is apparently a pun, with a double meaning of “our way of frying” and “I don’t know,” indicating a breezy and personable attitude toward food here. 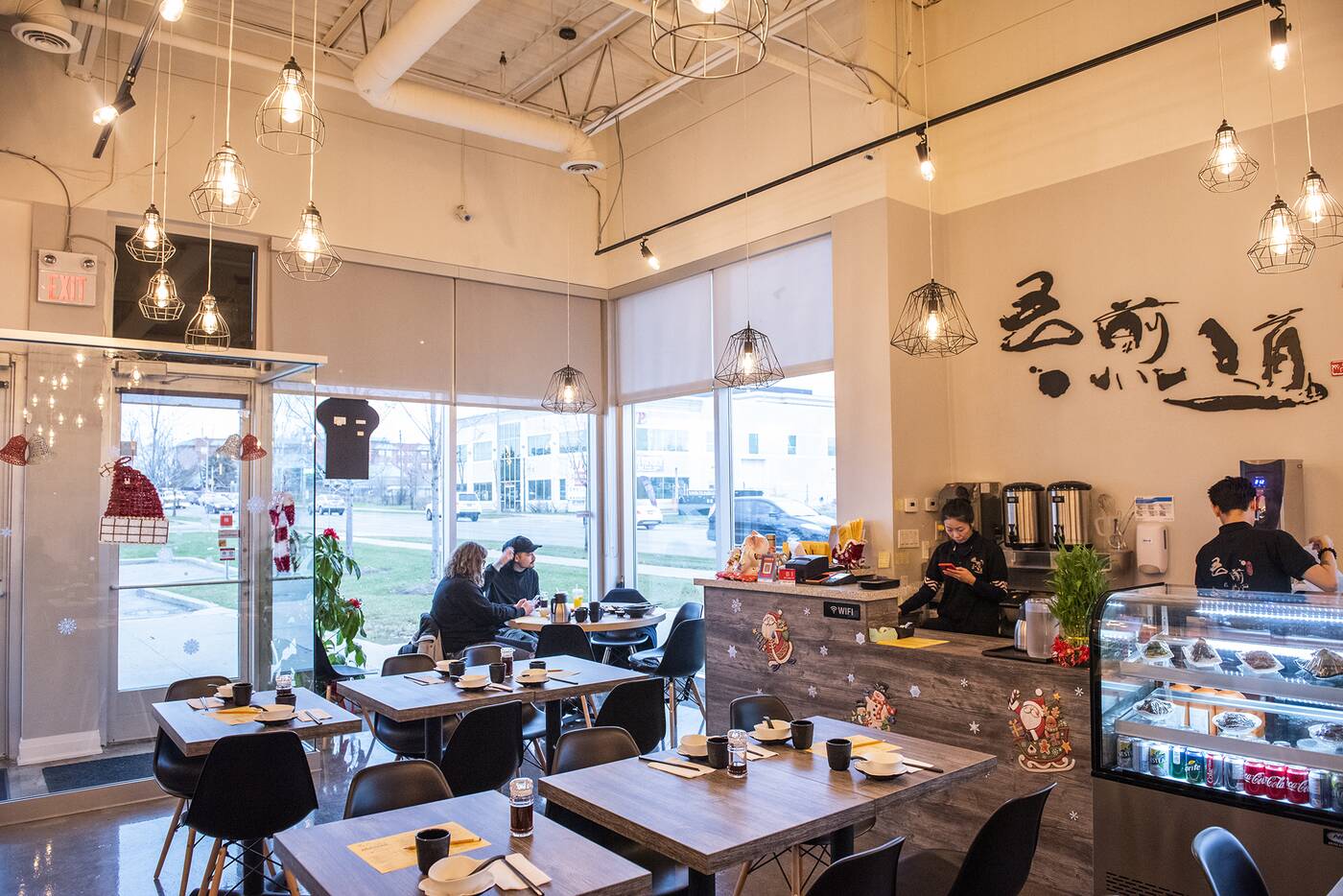 The food is mainly served family-style here, not the case at all locations of Wu Jian Dao, but the most appropriate for this area. 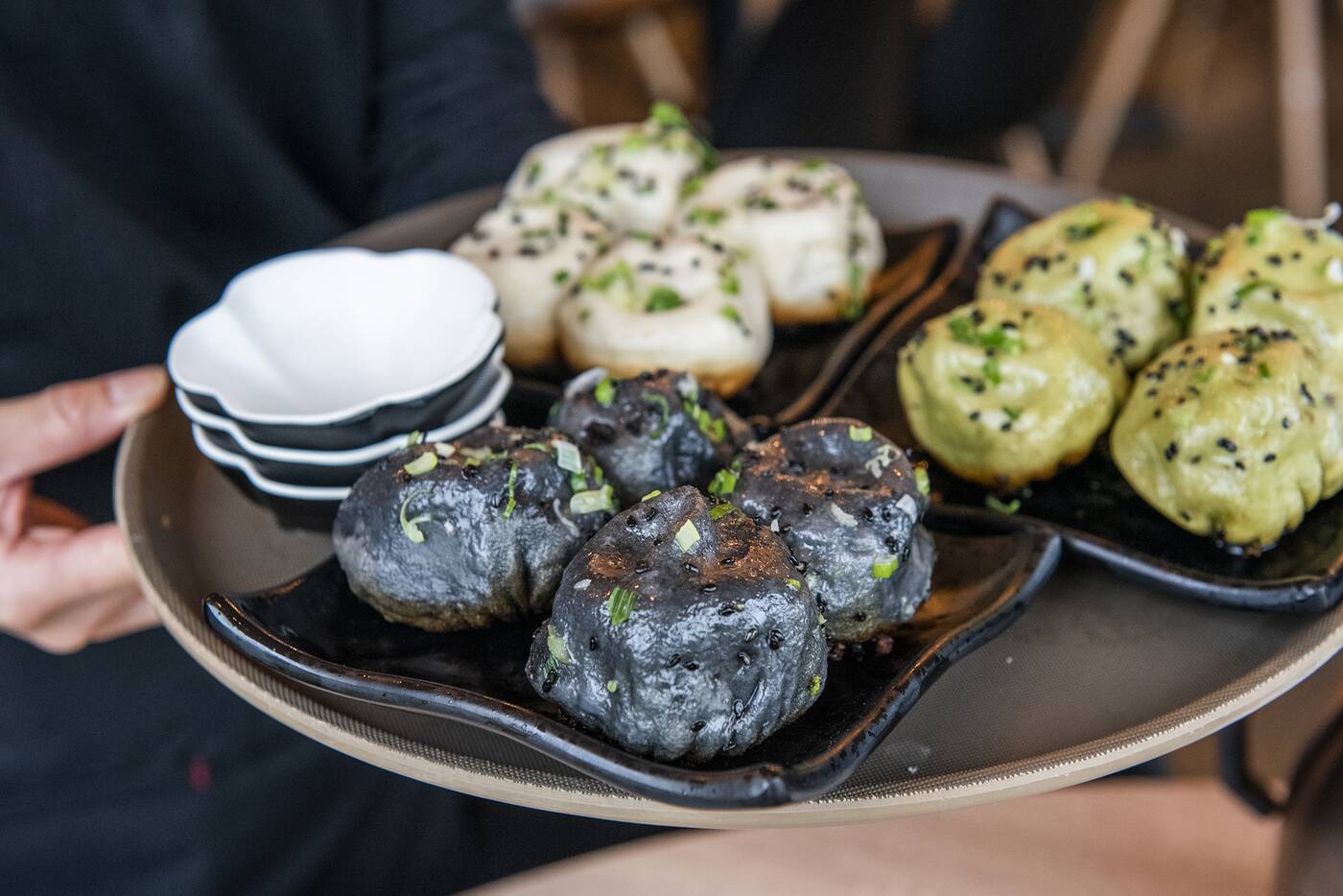 Along with three types of bao, there are hot dishes, some cold dishes, noodles and rice to go with them, and noodle soup. 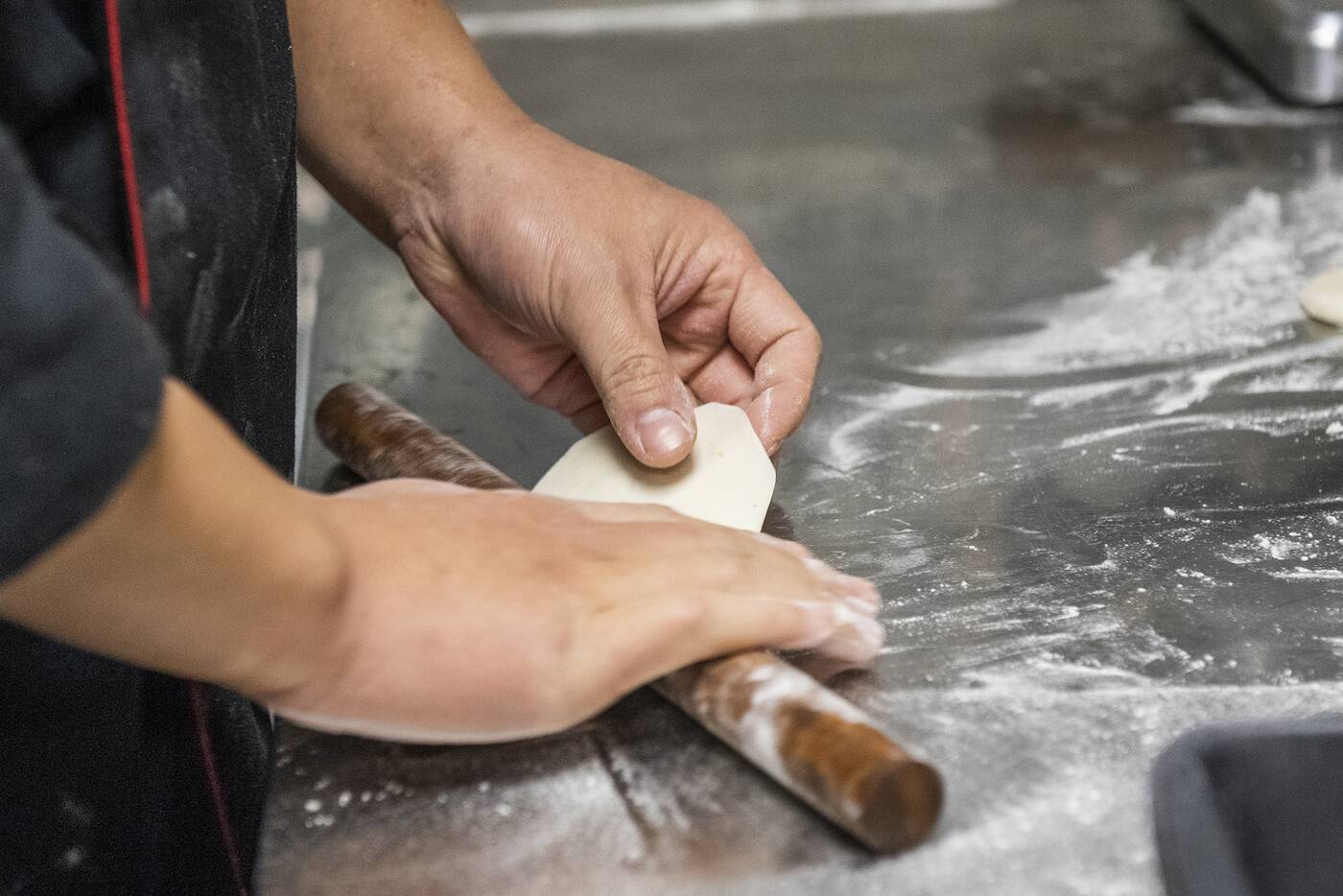 Everything is made from scratch here, including bao expertly filled with a pork meat base and a pork skin soup broth and twisted into shape. 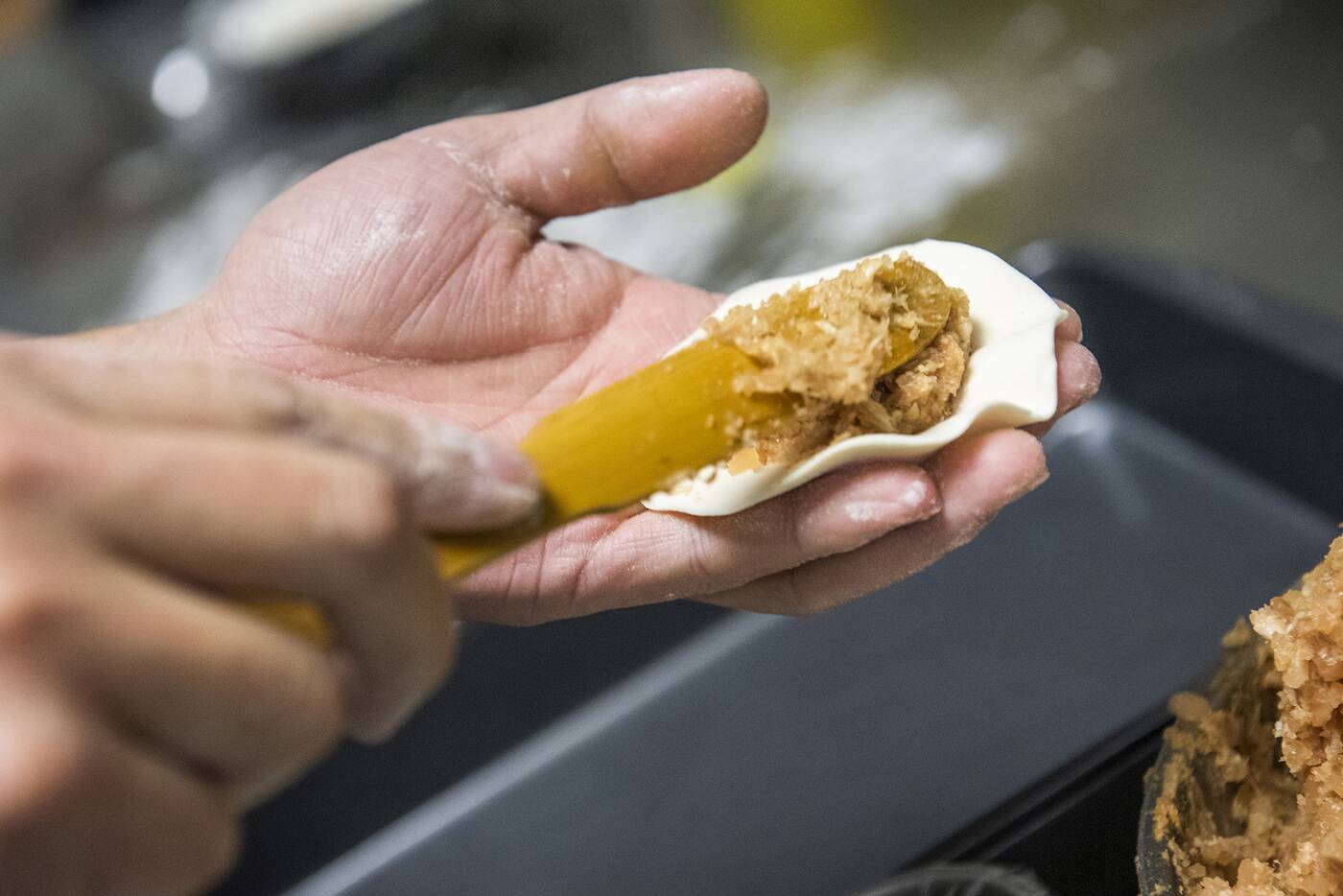 All bao are made not only from scratch but also to order, so be prepared to wait anywhere from 15 to 25 minutes. 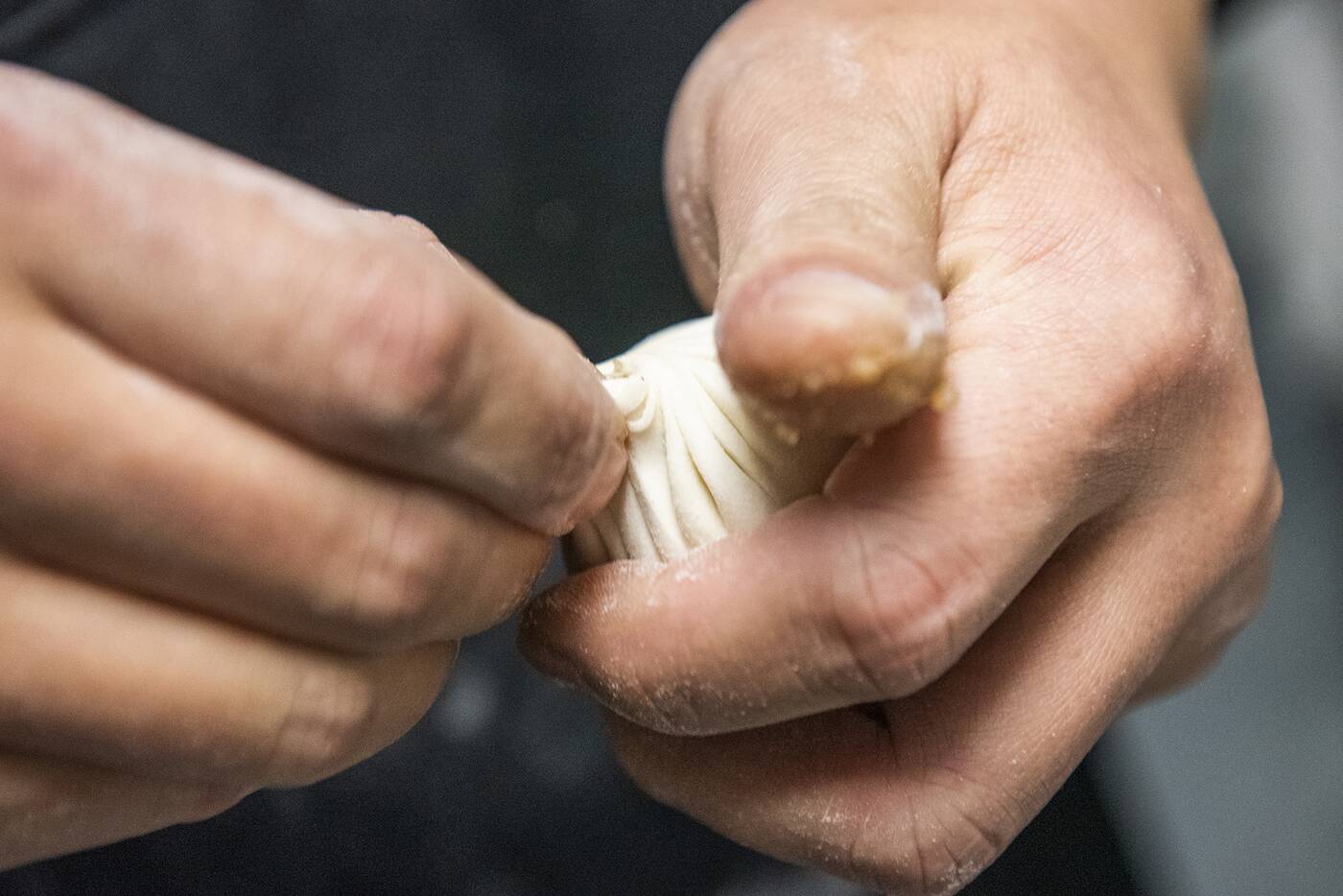 Shanghai-style bao, unlike more commonly seen soup dumplings in Toronto, smashes the twisted end of the bao against the pan for a crunchy golden crust, the top delicately steamed. 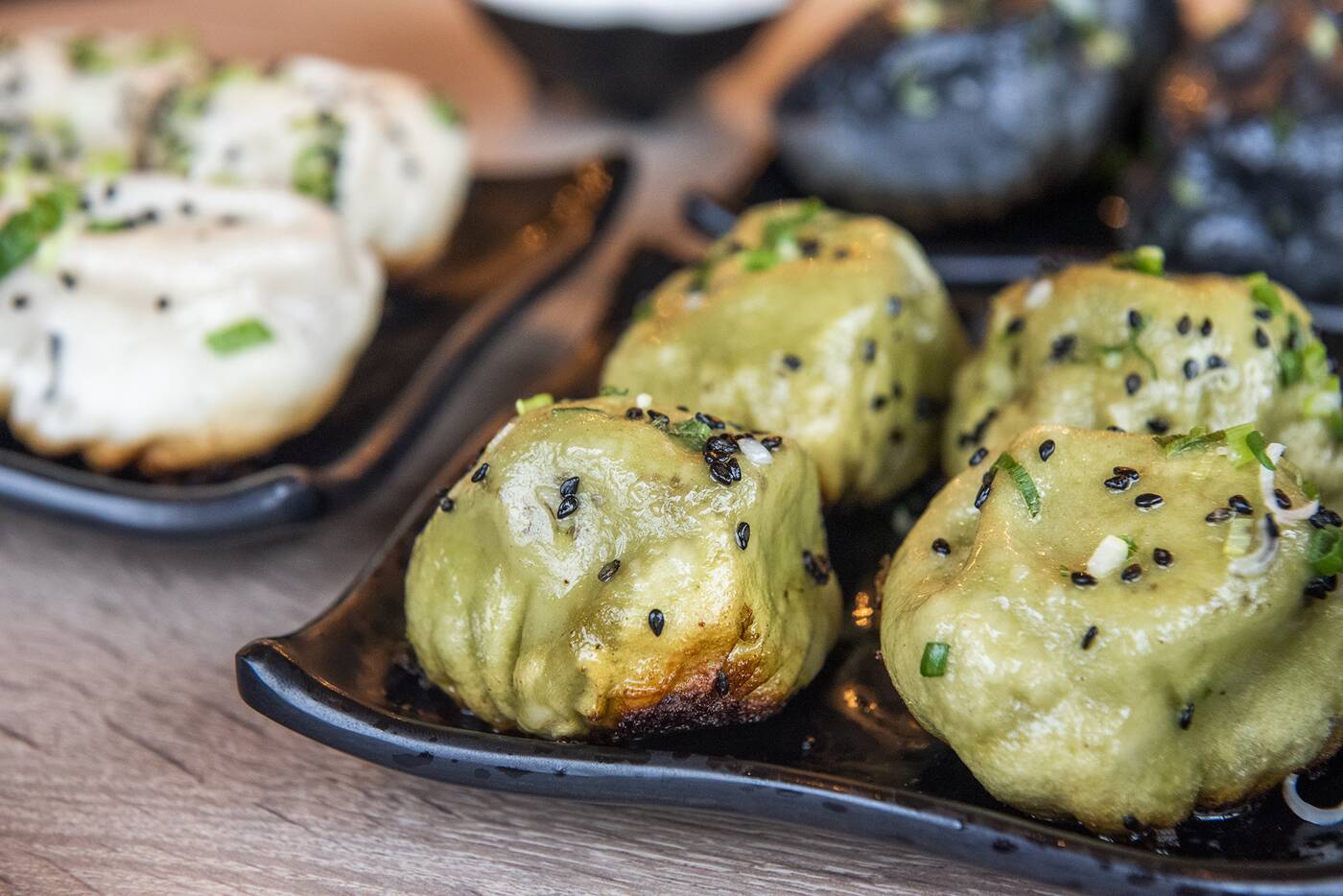 Veggie and pork dumplings ($7.99) load up the pork base inside with greenery, which gives a lush and grassy edge to the soupy, rich dumpling. 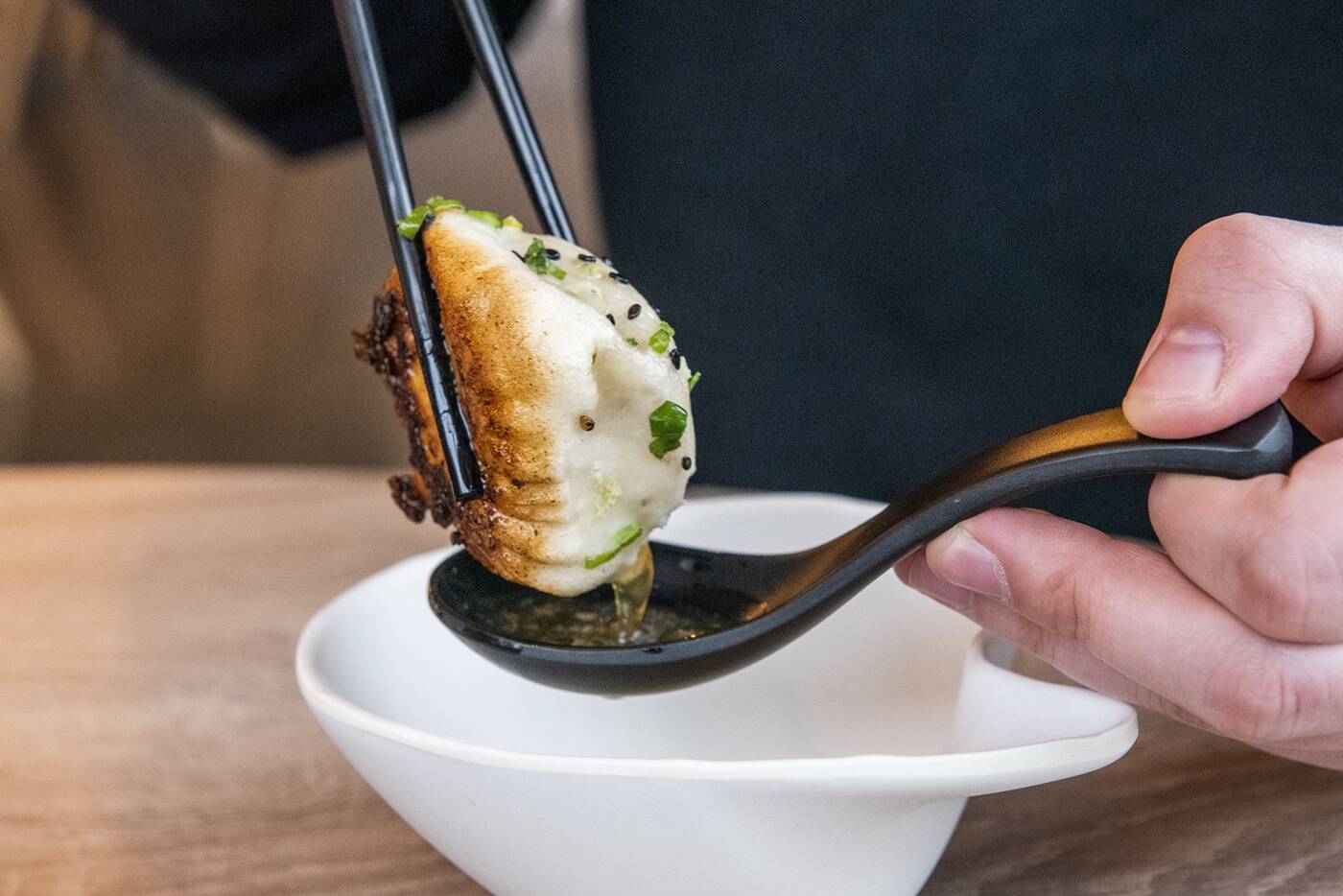 Bite a hole in the durable skin (not too many accidental soup explosions here) and suck it out or pour into a spoon, dipping the dumpling in brightening vinegar.

Original pork ($6.99) has to be my favourite, satisfying in its simplicity, rich soup and fatty meat all wrapped in a loving crispy-tender package. All bao here are finished off with aromatic green onion and nutty sesame. 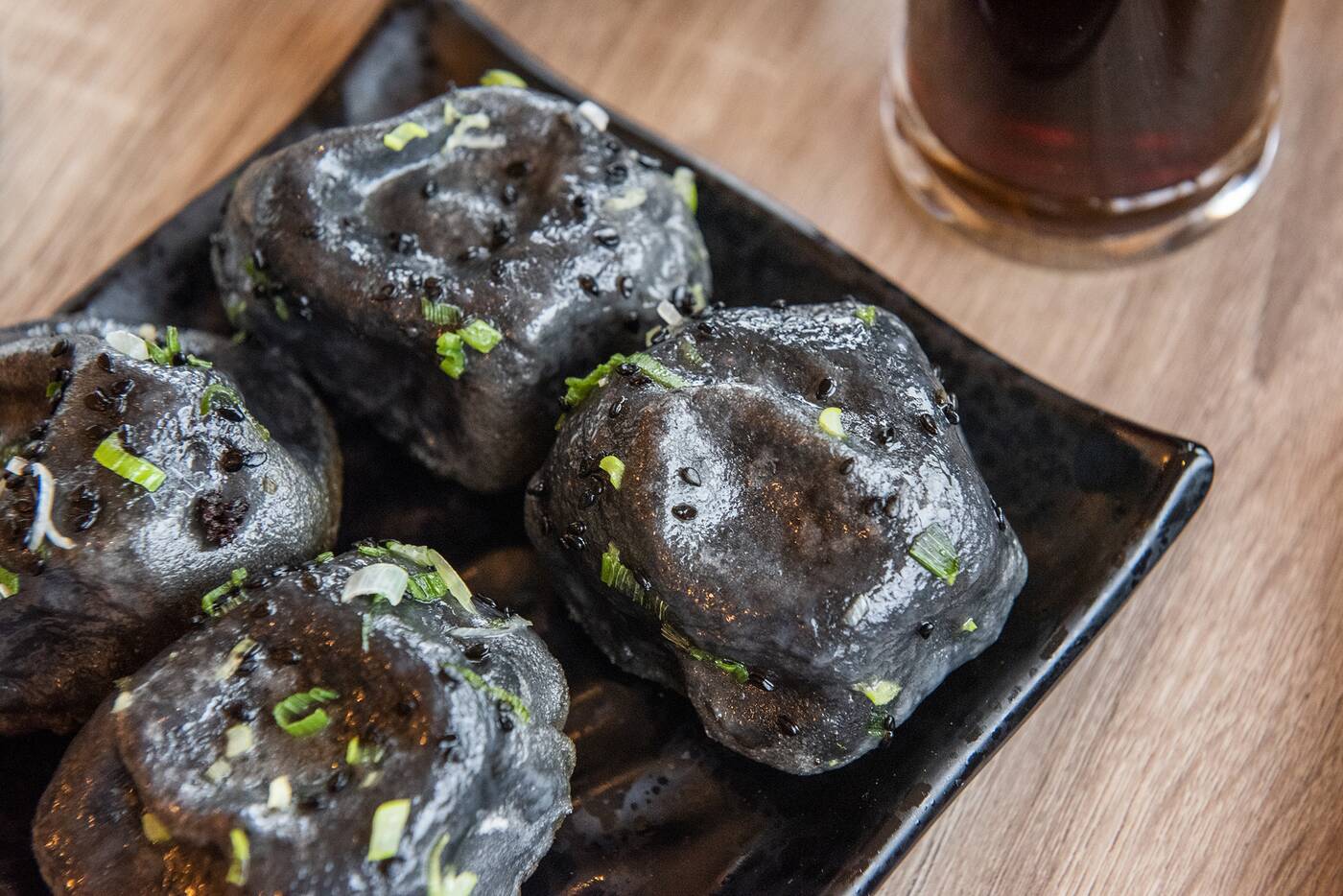 Fish bao ($7.99) plops a piece of fish on top of the pork filling, though this doesn’t render the dumpling overly fishy, rather just a little richer. 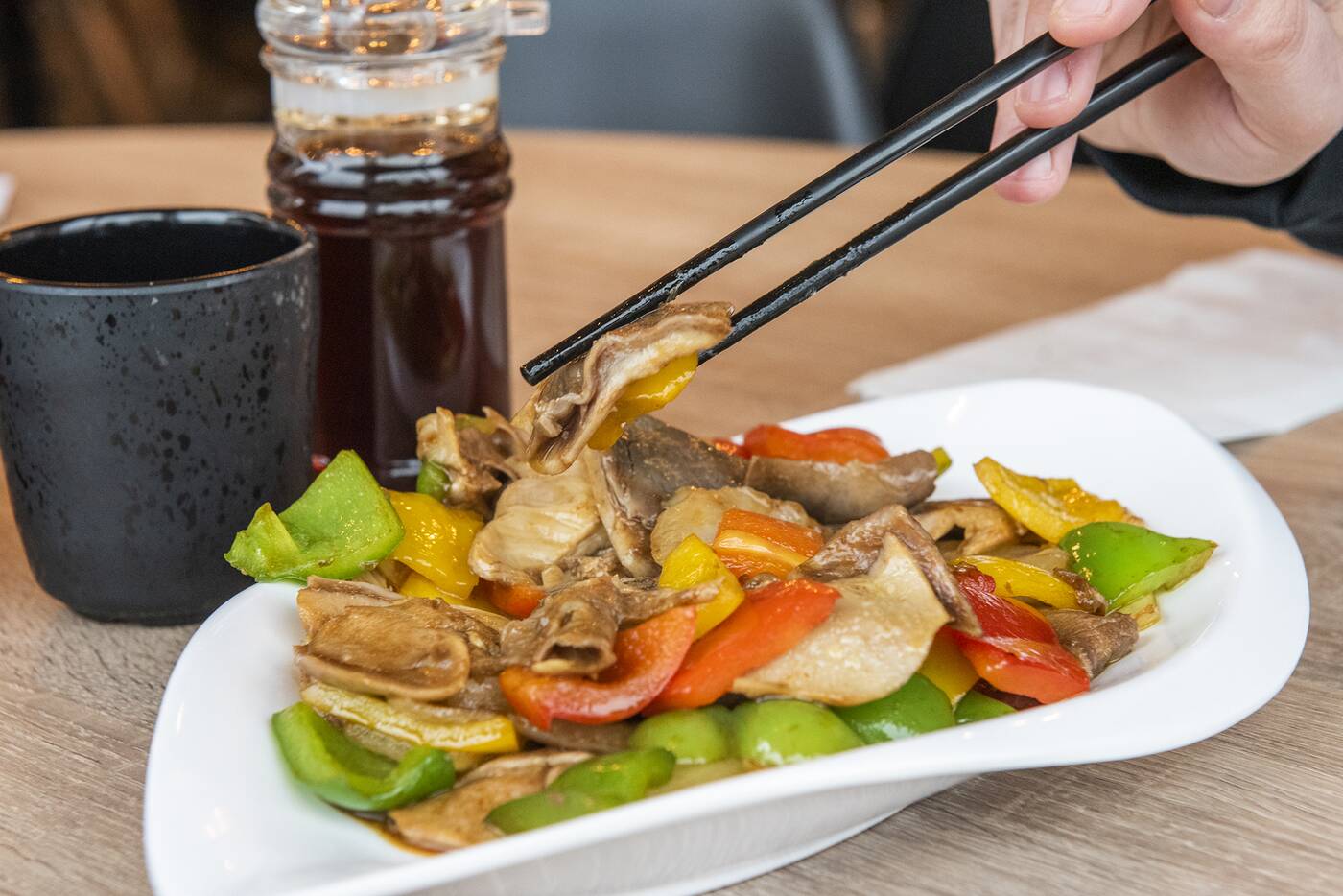 Stir-fried pork stomach with peppers ($9.99) is a basic hot dish, marked with two chilis on the menu but not incredibly spicy. The stomach is a surprisingly pleasing texture, more soft and tender than gelatinous in any way. 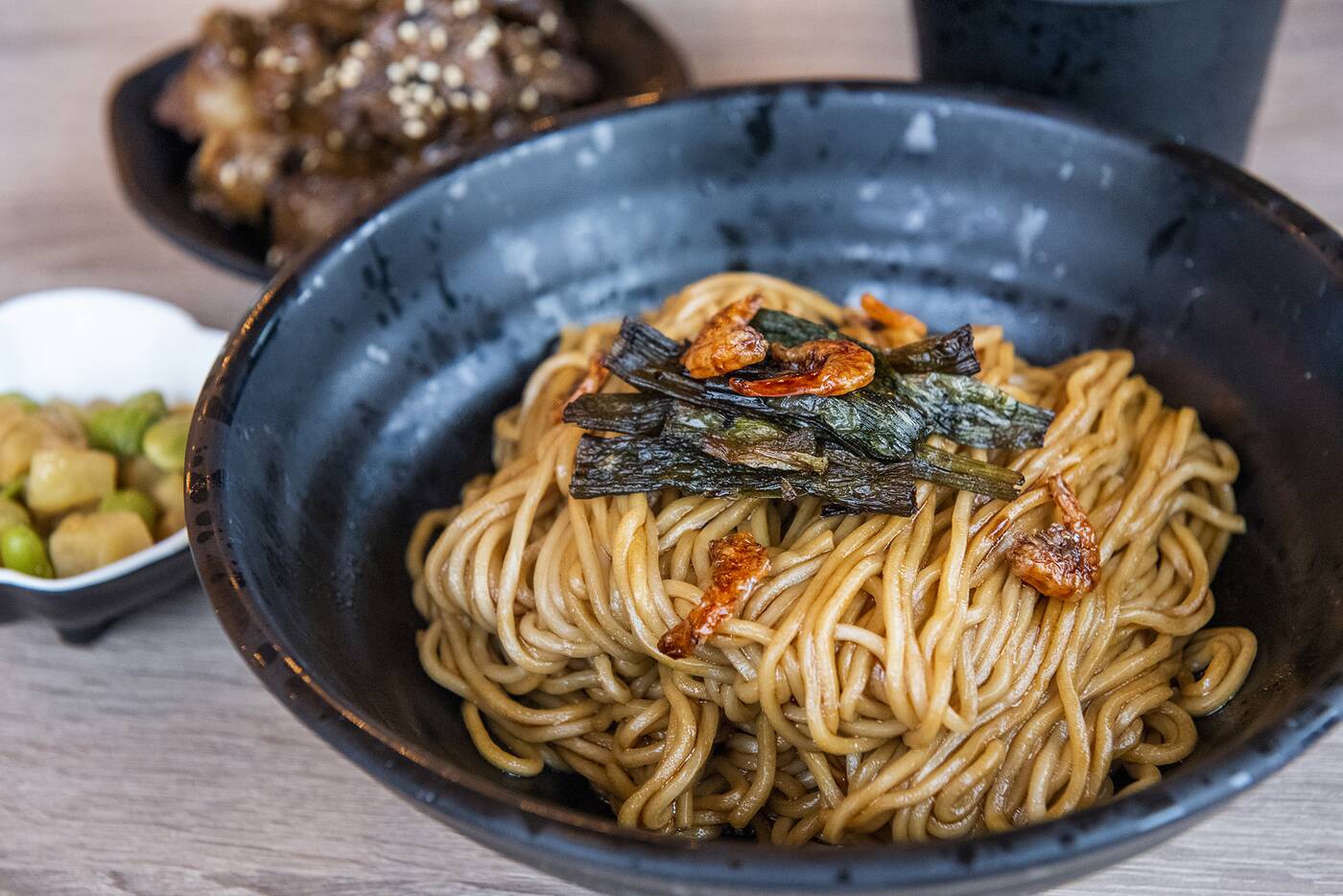 Accompany with, say, Shanghai green onion noodle ($7.99), dry and sticky, satisfyingly starchy noodles with a touch of oily sauce, and green onion and dried shrimp on top for a little flavour. 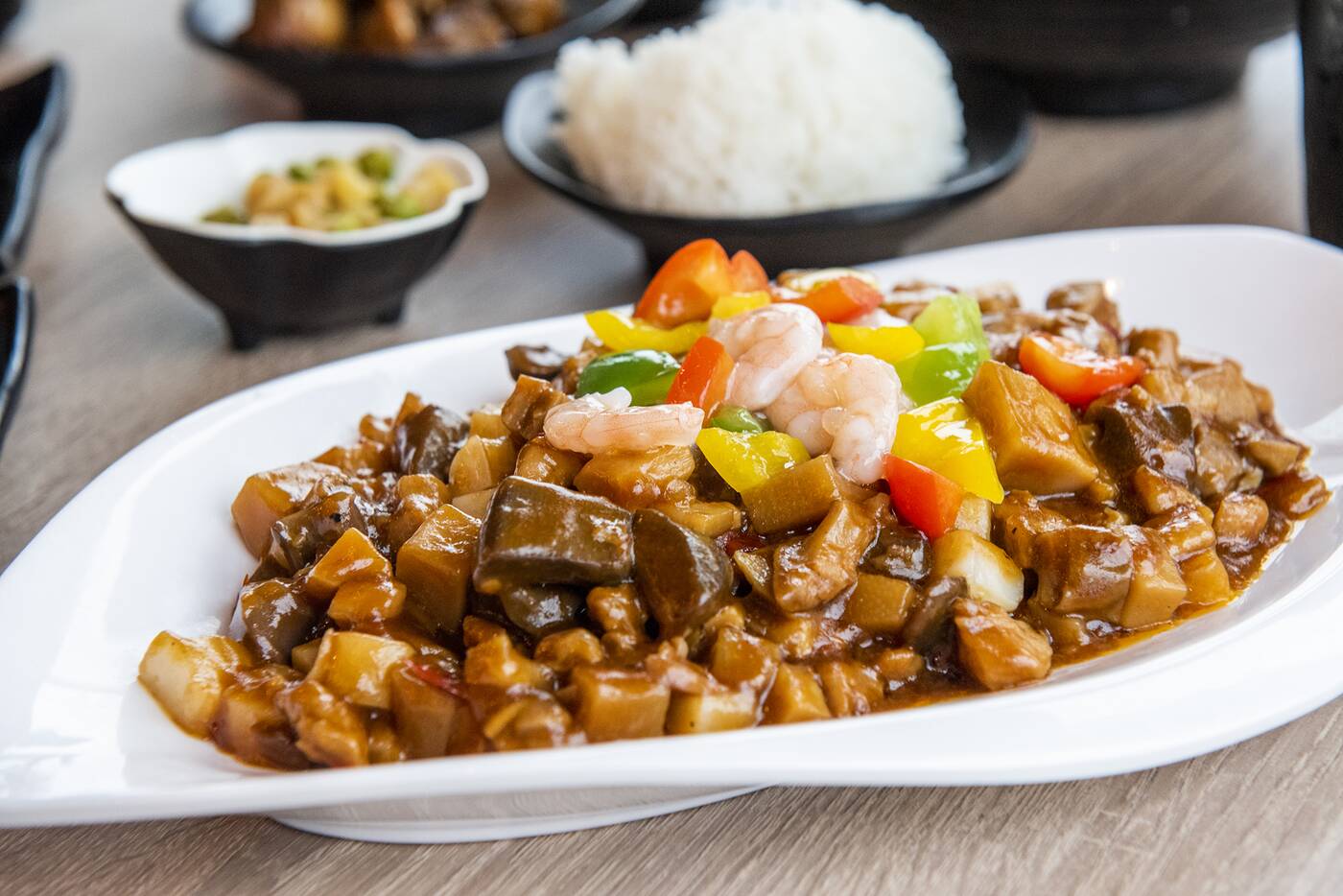 “Bat Bo” Shanghai rice cake ($16.99) is one of the more expensive and splashy dishes here, a homestyle mix of diced pork, chicken, duck kidney, pig stomach, bamboo shoot, shrimp and pepper. The saucy medley means it can be tough to identify exactly what you’re eating, but the comforting dish goes well with the noodles. 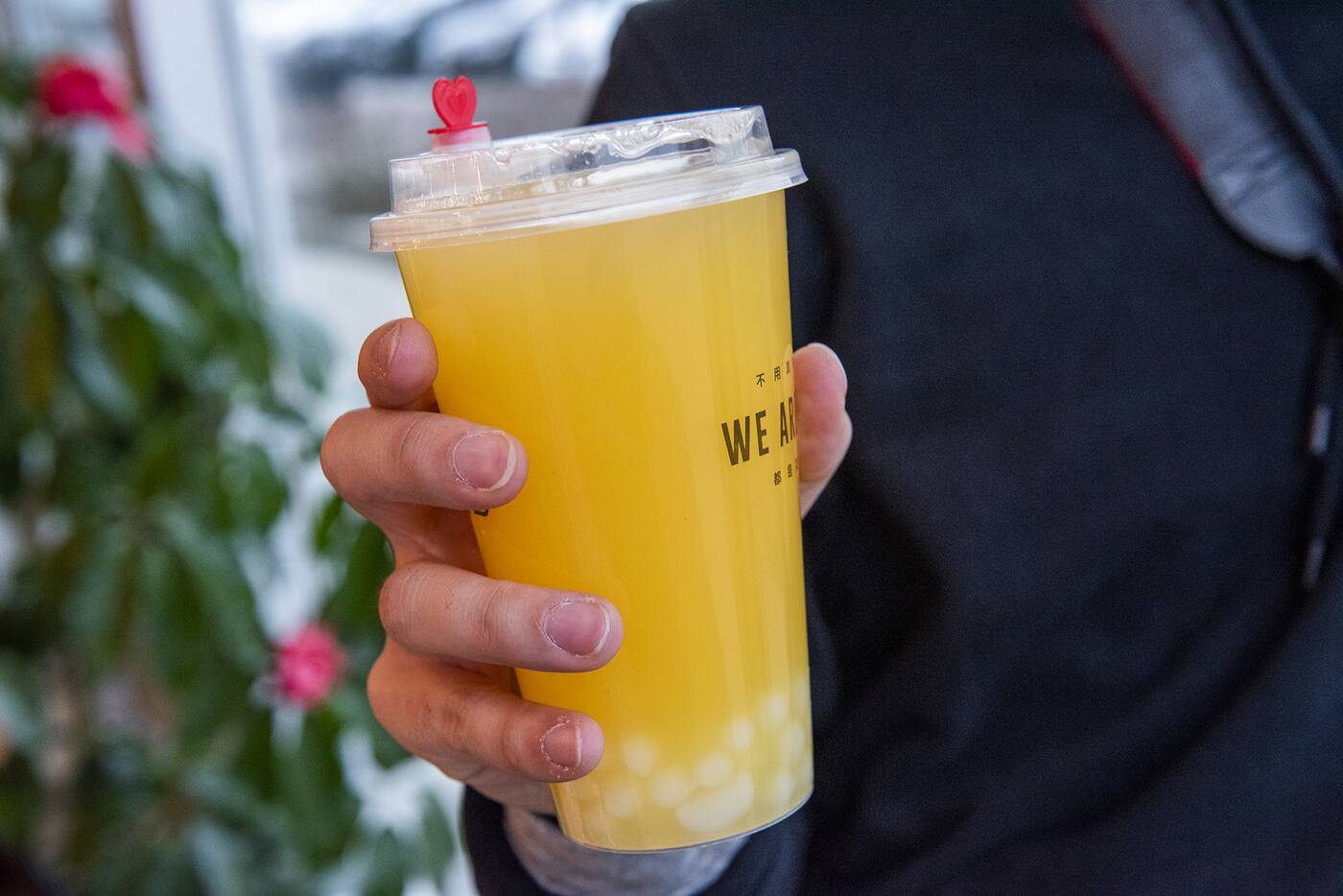 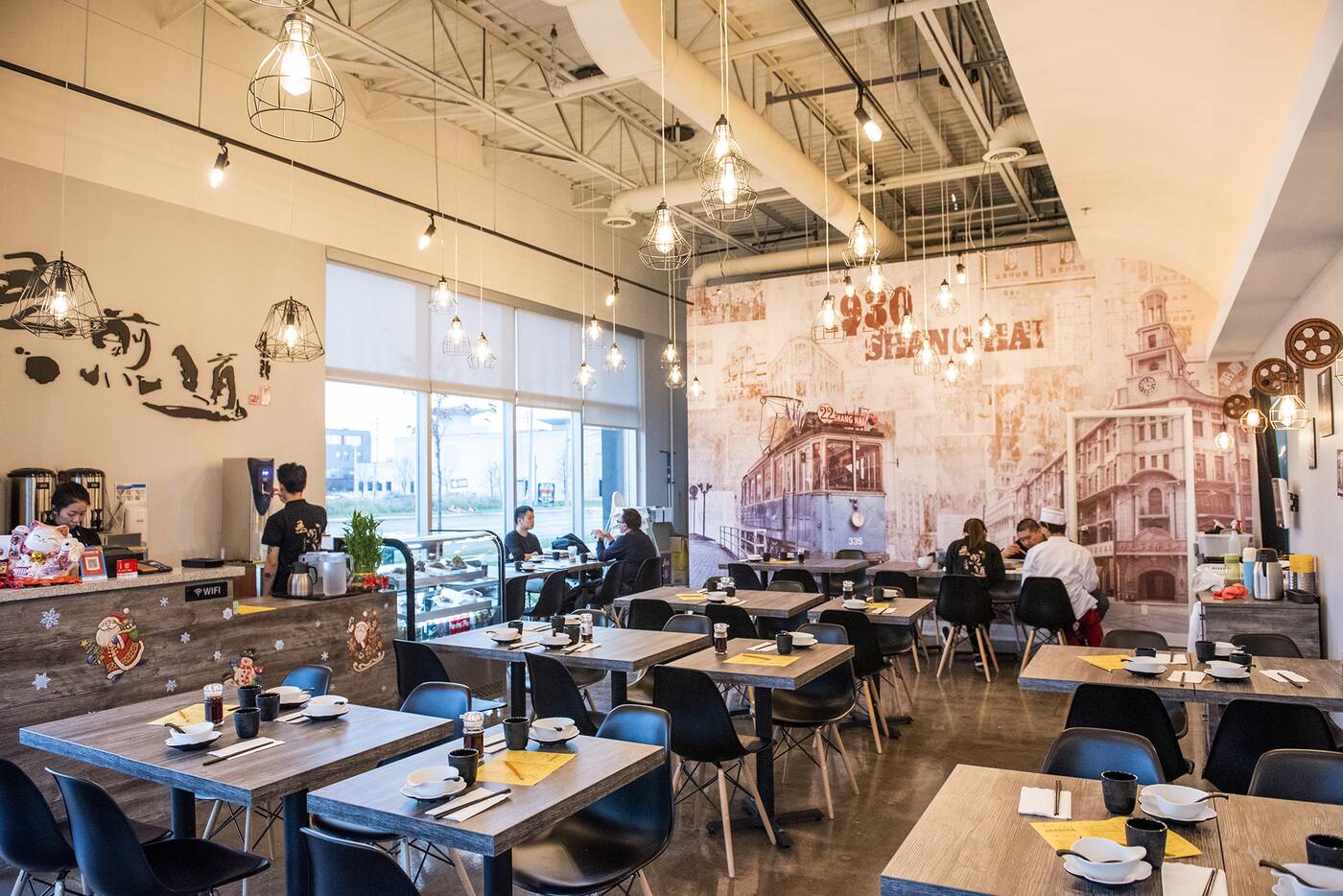 The high-ceilinged interior is given some personality with photos of Shanghai past. 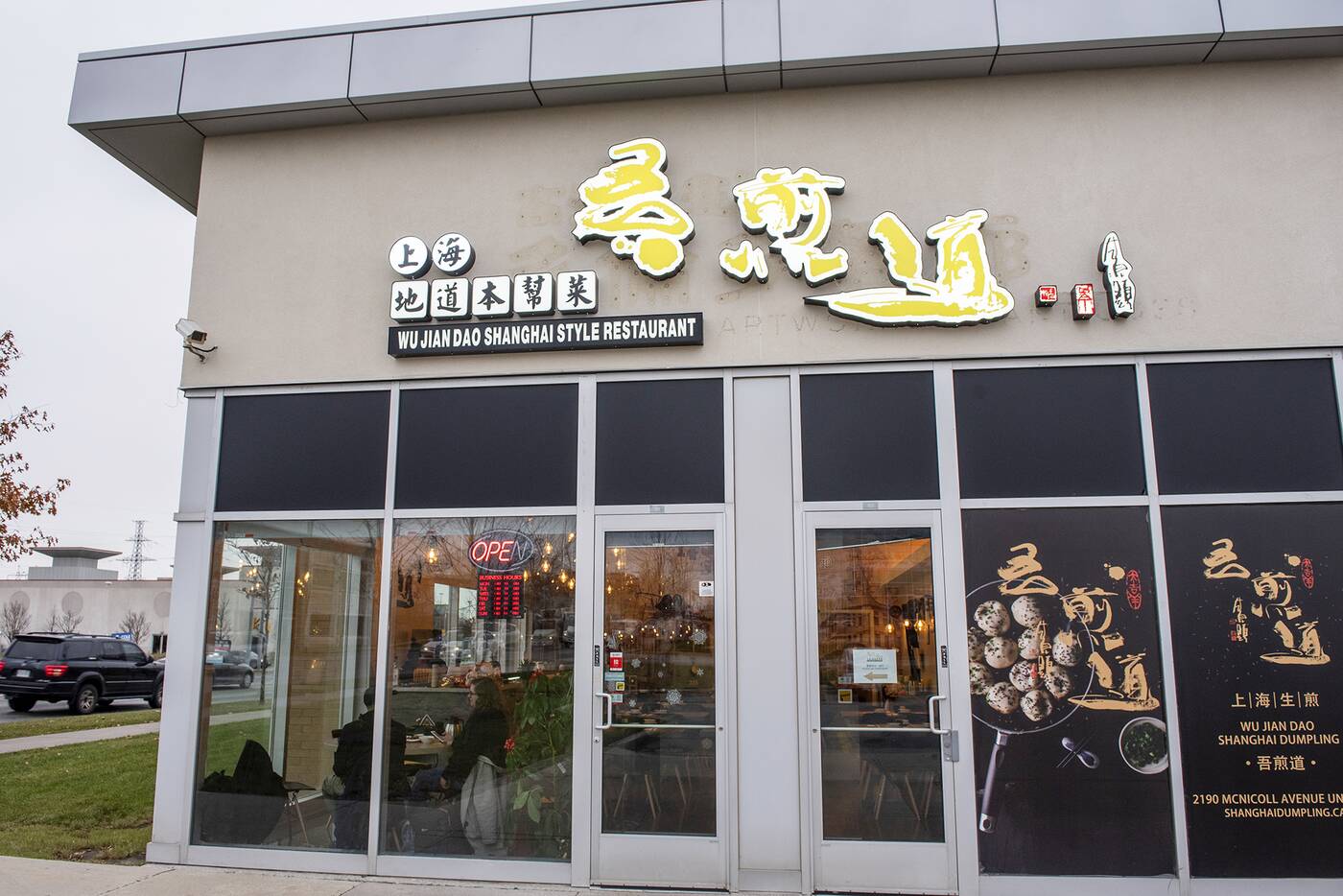