Woodlot is a charming Canadian-inspired restaurant and bakery on Palmerston on the eastern edge of Little Italy that's gotten quite a bit of buzz since it opened in 2010. The name is a no-brainer — greeting you from the street is a woodshed and chopping block, no doubt to feed the beast that is their beautiful wood burning oven, where most of the kitchen's creations get their heat treatment. 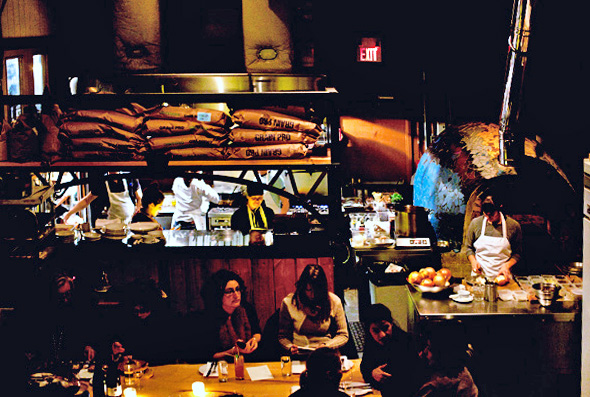 Woodlot is the brainchild of Robyn Donio and David Haman, the latter of whom formerly helmed the kitchens at impressive Toronto institutions such as Noce , Lucien and Senses. 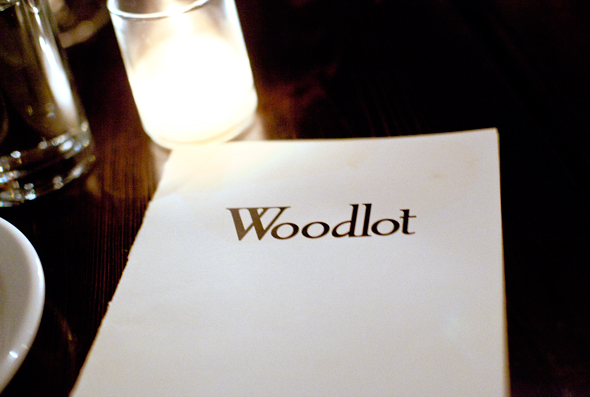 After being shot down (as a walk-in) more than once, I booked a table for a Saturday night about a month in advance. Service, much like the oven itself, is warm and engaging. We felt immediately at home upon arriving, and were pleased to find our table in the upstairs-loft waiting for us.

Menus are short and concise. Four starters, four mains, and a couple pastas and sides are offered. Of note, however, is the presence of a specific vegetarian menu, which substitutes ricotta stuffed squash and tofu and mushroom pie for meat courses on the regular menu. Why don't more restaurants do this? 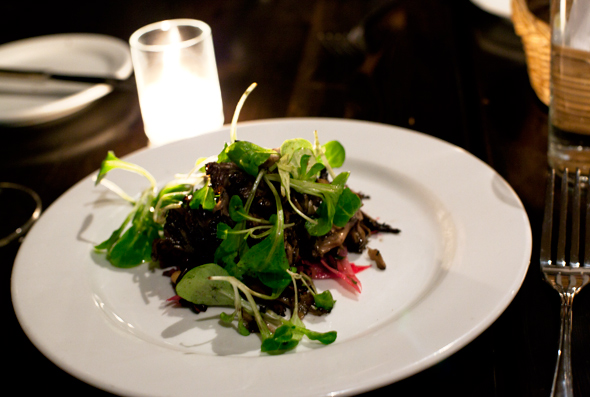 Celebrating with friends gave me the opportunity to try the Ember Grilled Hen-o'-the-Woods Mushrooms ($13) as well as the Baked Caramelized Onion Soup ($11). The mushrooms were a glorified carb-rich salad, with wild rice, black walnut, mixed greens and a solid portion of somewhat squeaky mushrooms. It was perfectly seasoned, with just the right amount of balsamic and olive oil. The soup was rich rich rich, with oozy gruyere cheese, salty onions and their in-house made sourdough bread to soak it all up. The couple tastes I had of the soup were satisfying, and I noticed my partner struggle to finish it all before our mains arrived. It might be worth wearing your loose-fitting pants when making this particular trip. 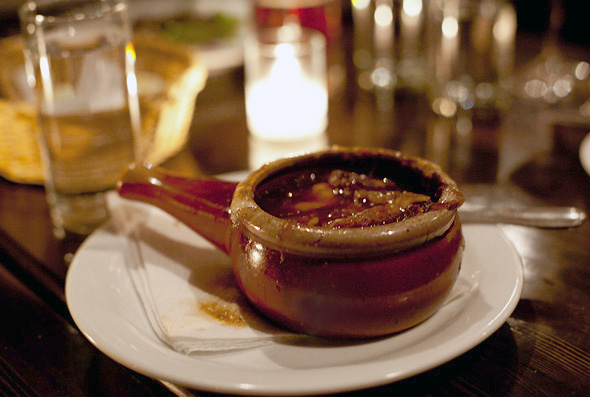 I opted for the combo of a whey-fed pork chop ($26, see top photo) with brown bread and walnut sauce, whole prunes and chunks of briny bacon, to which I also added a side of roasted Brussels sprouts ($6) with bacon and juniper. The pork chop was magnificent, bone in, tender and drenched in sauce. The portions were huge, so sharing was easy. 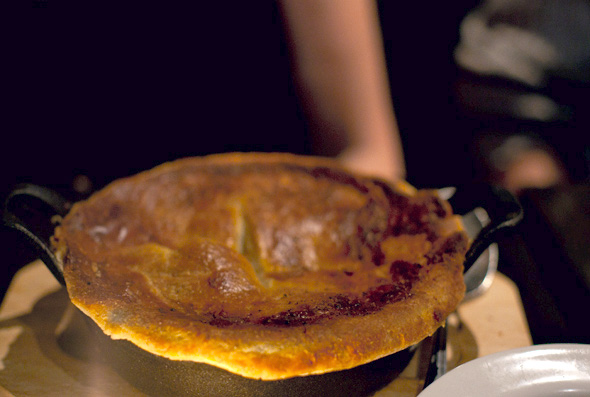 I snagged half of my mate's giant Chicken and Porcini Mushroom Pie ($25) in exchange for some of my chop. While the buttery crust was delectable, notably absent in the pie were the aforementioned mushrooms. We took the crust off the whole pie to inspect and were disappointed, not a single fungi in sight. Oh well.

Meanwhile, the fan favourite would have to go to the naturally raised Flat Iron steak ($29). Cooked to a perfect medium rare and accompanied by black trumpet mushrooms (found em!) and drizzled in a creamy green béarnaise sauce, it was superb. This cut of beef deserves more attention than it gets. Pairing it with the Yukon gold potato and porcini gratin ($6) added a touch of sophistication to the comforting dish. 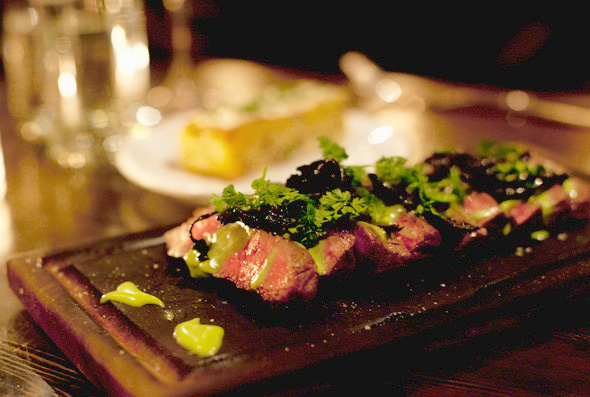 From the bar, Woodlot offers an extensive and well curated wine list, with selections that span mostly Canada and Italy. There's a heavy focus on "natural wines," — not necessarily organic, but ones in which the growers show respect for the fruit and land. Four beers are featured, three from Neustadt Springs and one Duggan`s IPA.

Woodlot was absolutely worth the wait. The food is solid verging on stellar, and although the service can be slow at times, the team more than makes up for it with their charming and convivial attentiveness. 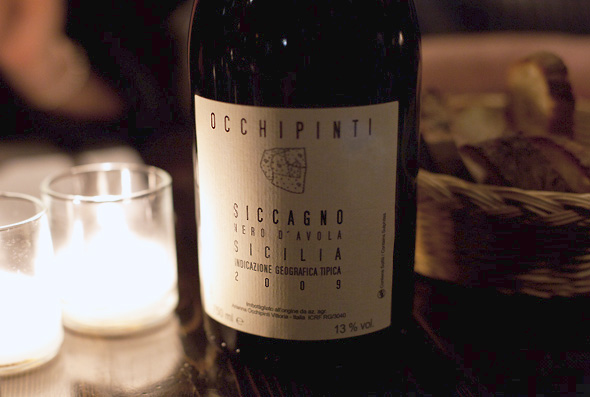 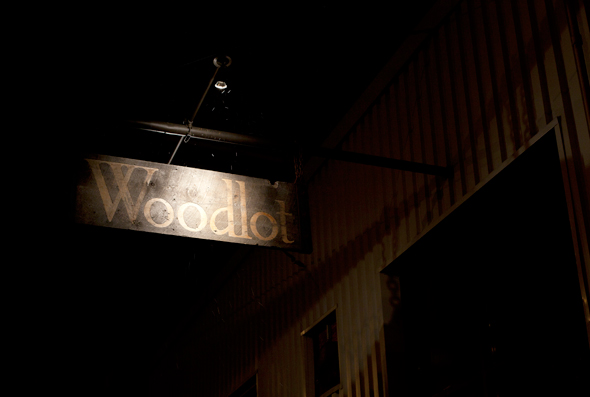