Wonton Kitchen, despite its name, serves up much more than just wonton soups.

The rest of a vaguely Cantonese-influenced menu is mainly made up of various noodle, rice and dim sum dishes. 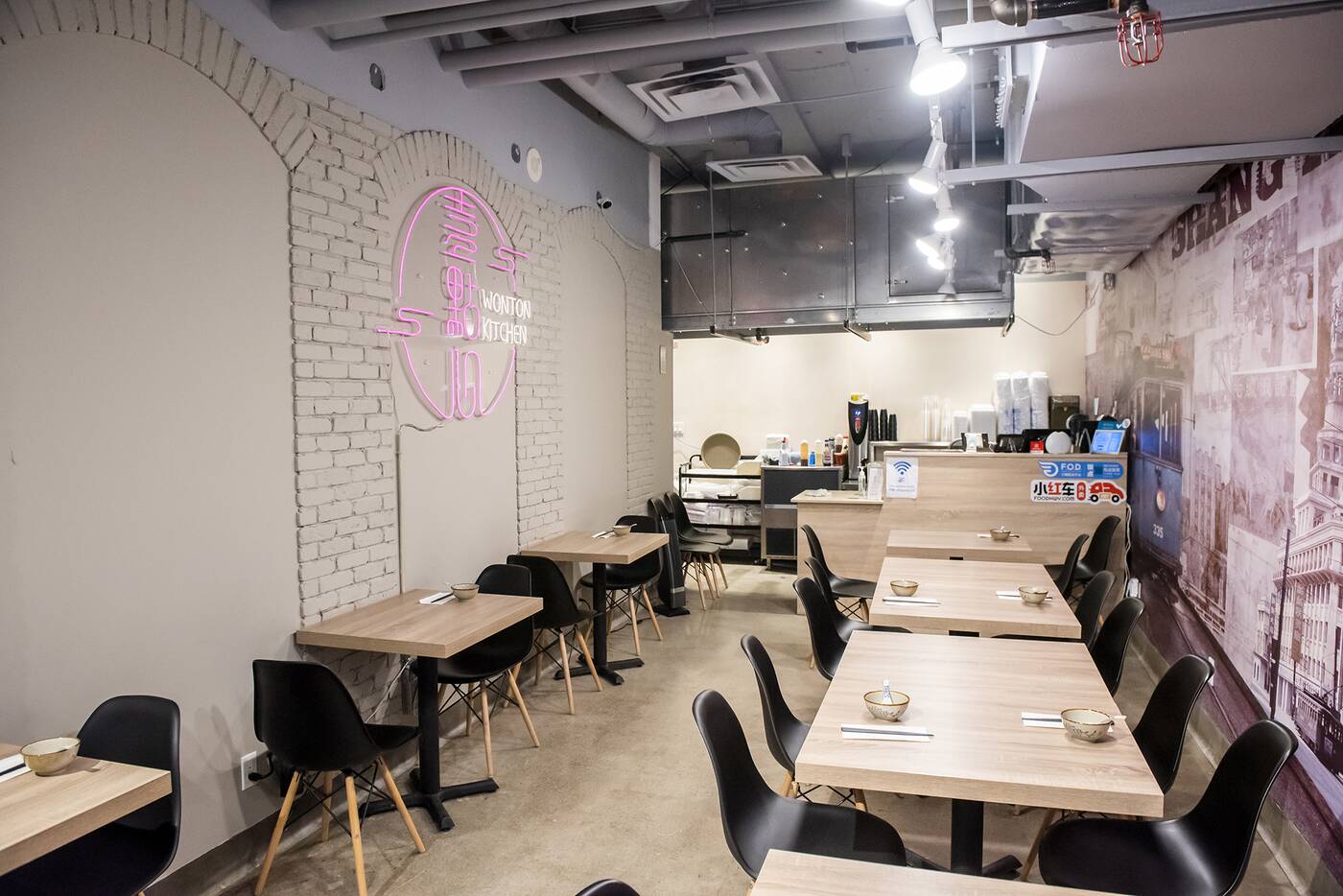 Blink and you might miss the homely exterior of this small restaurant, large windows covered in a ton of logos and signage. One wall of the space seating roughly 20 is dominated by graphics depicting Shanghai, the other illuminated by neon. 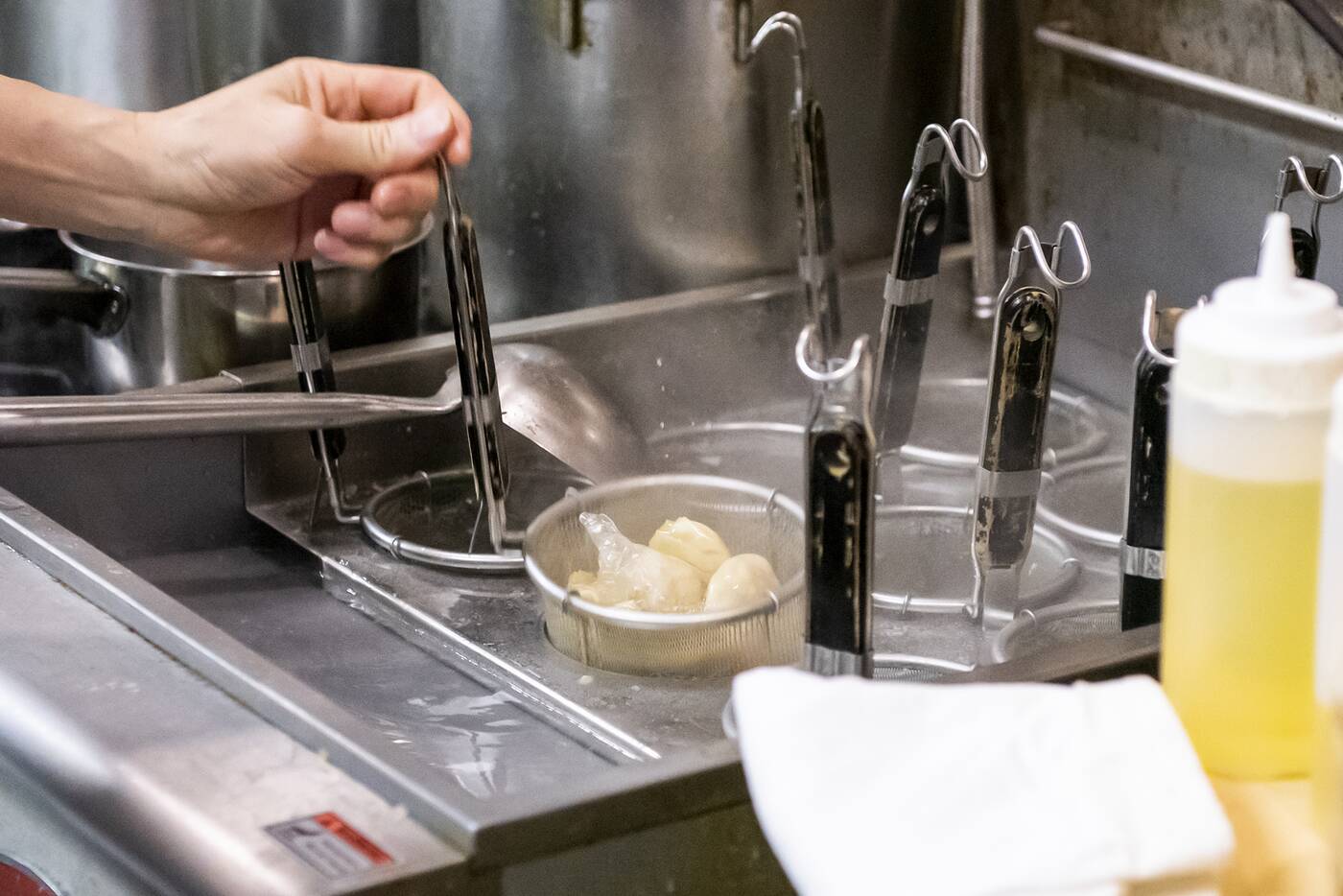 Signature Soup Wonton dishes ($9.50 - $9.95) all have a base of chicken broth with seaweed, dried baby shrimp and diced pickled turnip.

Options for wonton fillings are mostly variations on combinations of shrimp, pork, herbs and/or other veggies, though there is a lone chicken wonton option. 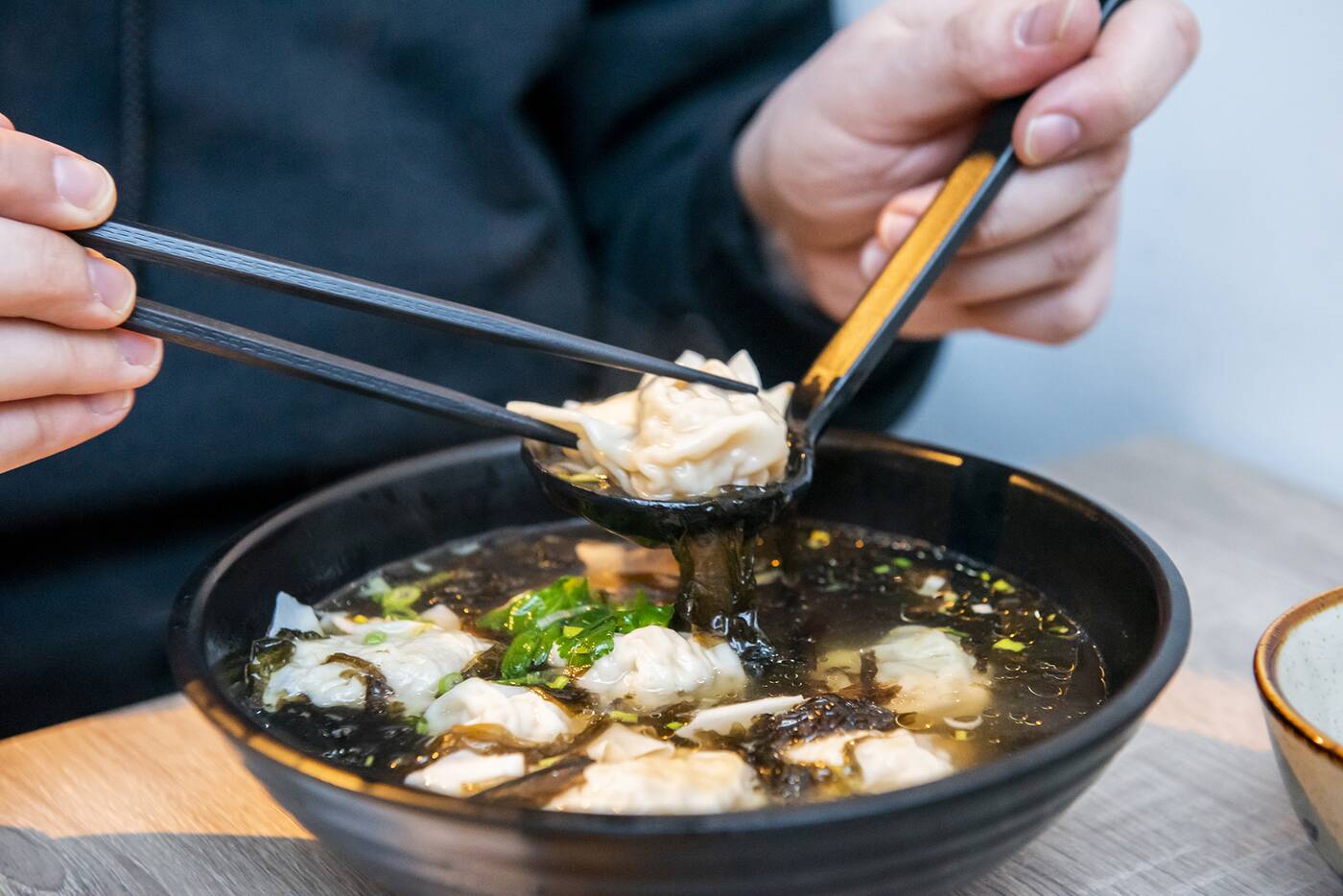 A simple shrimp and pork filling is the most popular here, and the loosely packed wontons with rustic, ragged edges have a nice light flavour to them. 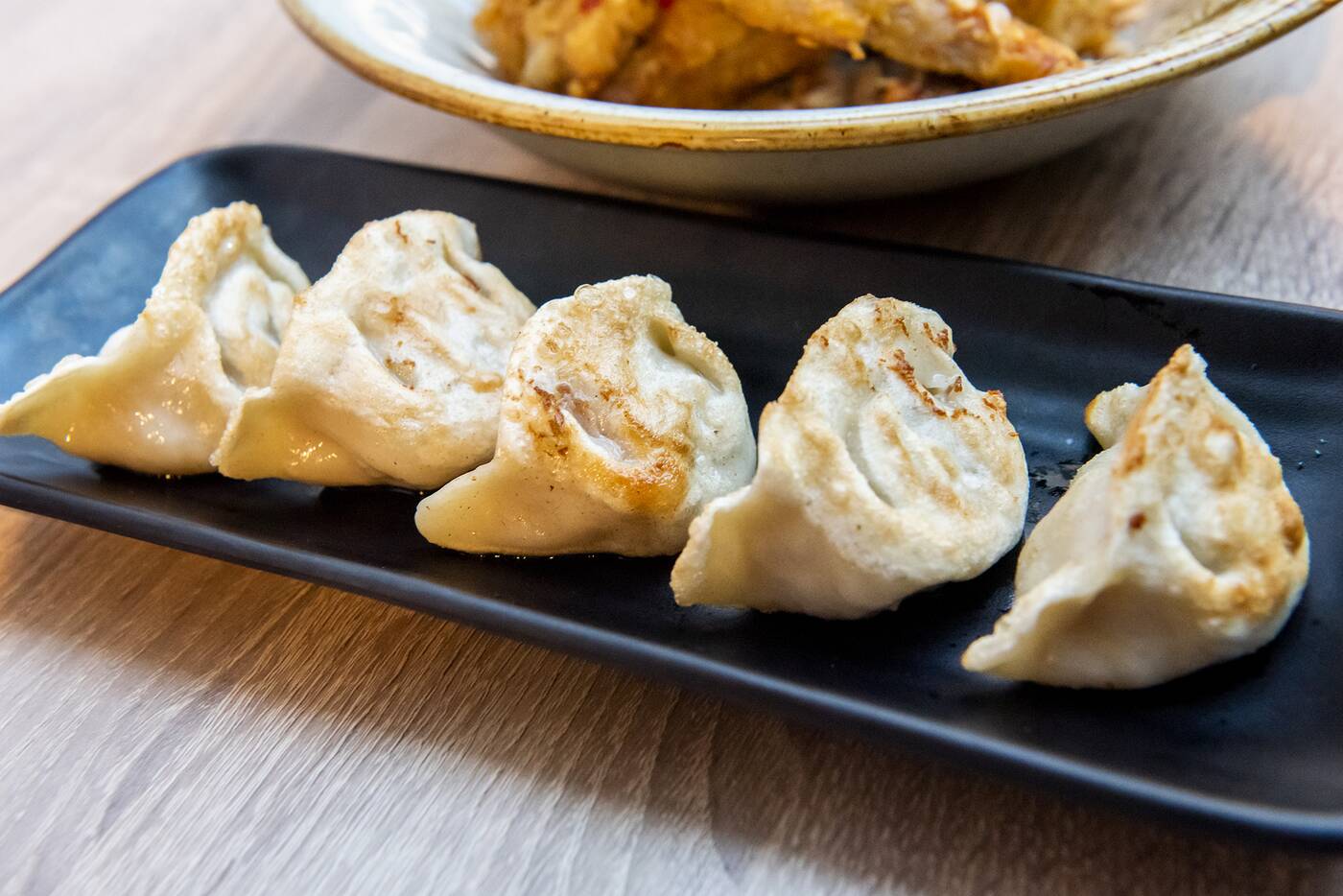 Pan Fried Pork Pot Stickers come in an order of five for $7.95. They're filled with a juicy, explosive pork soup filling and have a bubbly, chewy exterior. 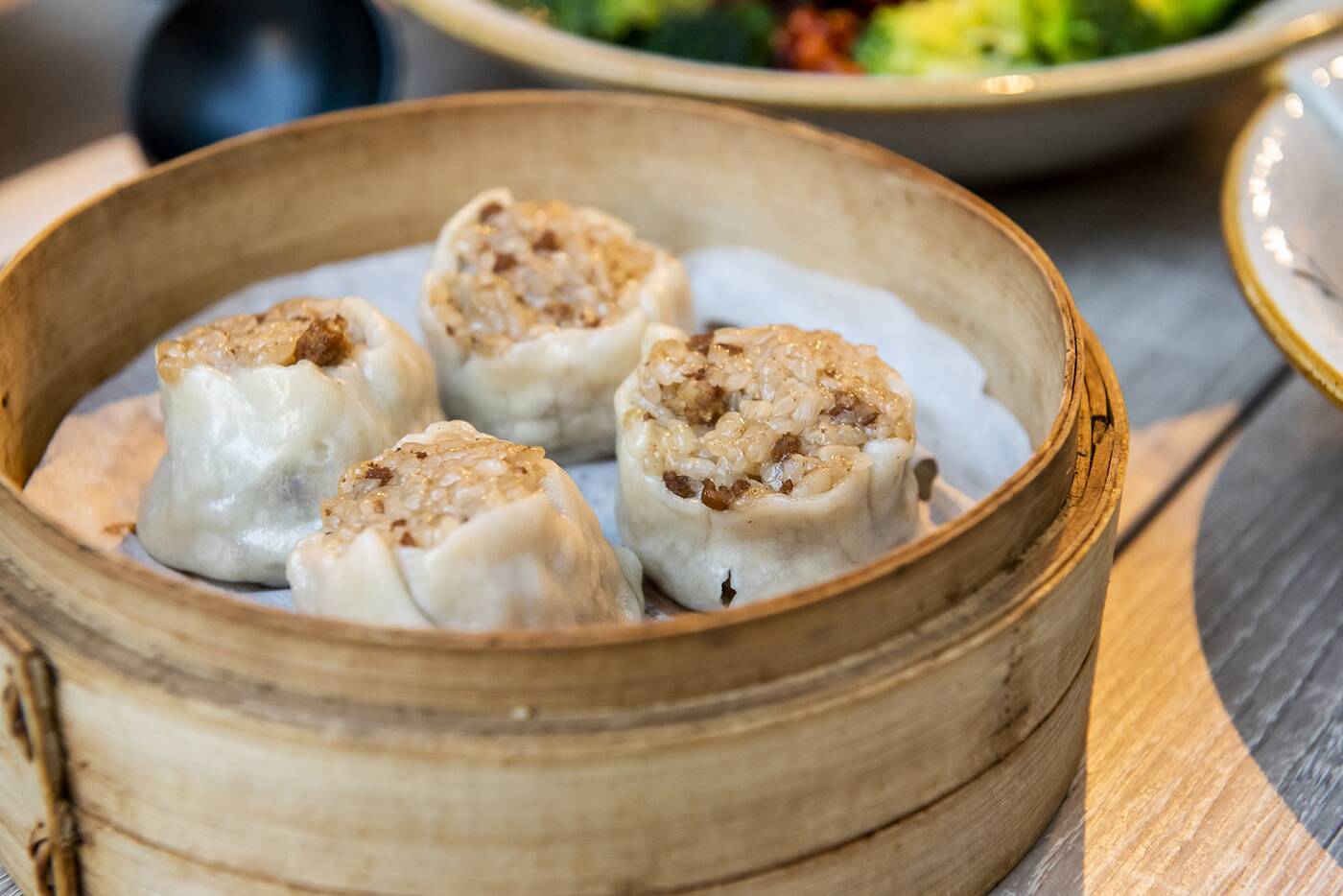 Sticky Rice Shu Mai comes in an order of four for $7.95. A filling of seasoned sticky rice, mushroom and BBQ pork stuffed inside wonton wrappers makes this a much more hearty, substantial version of a shu mai than the kind stuffed with pork and shrimp.

Pot stickers and shu mai can both optionally be dipped in a little bit of acidic vinegar. 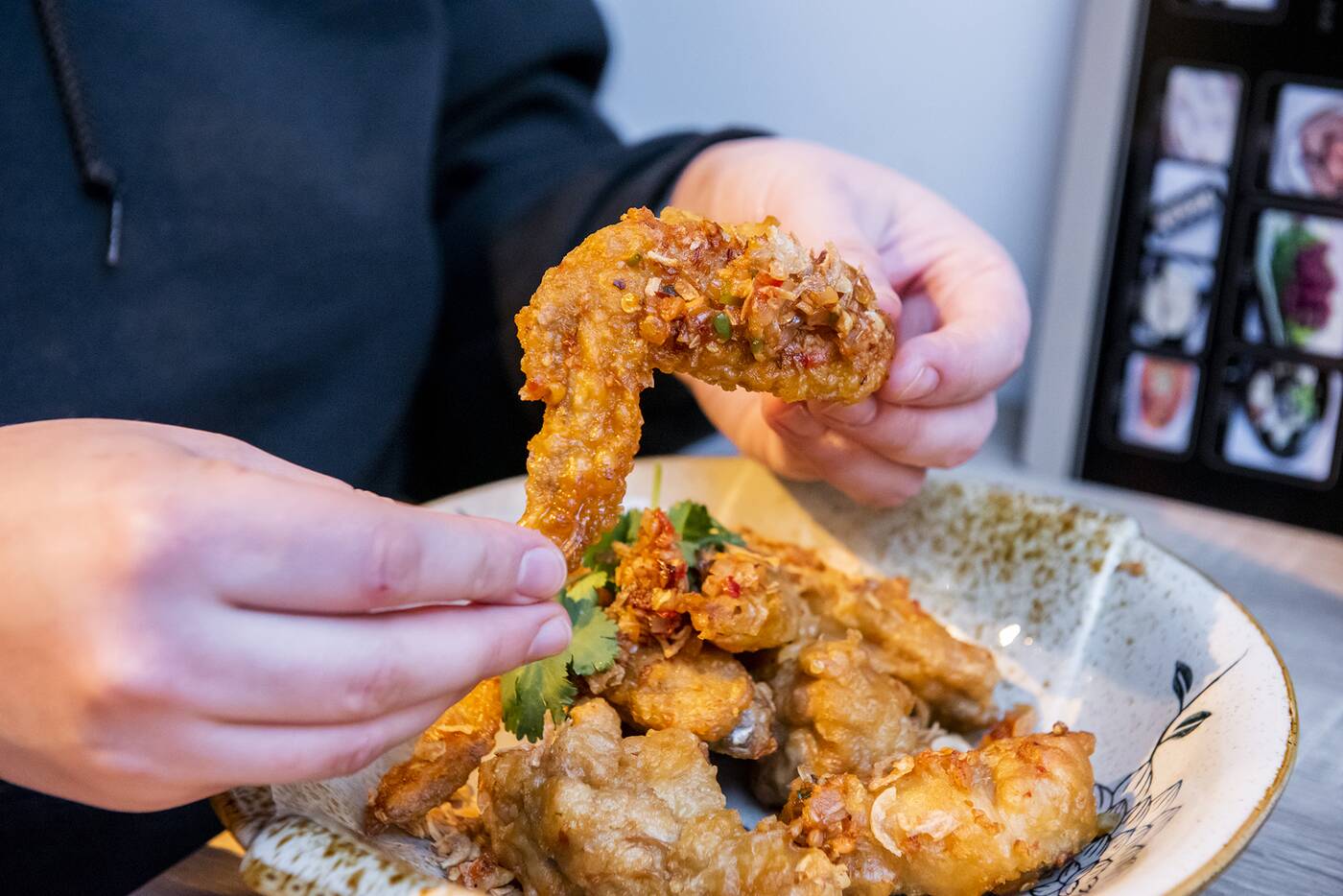 Spice and Pepper Salt Chicken Wings ($11.95) are deep-fried and tossed in a combination of diced garlic, onion and pepper that brings some powerful flavour and heat. 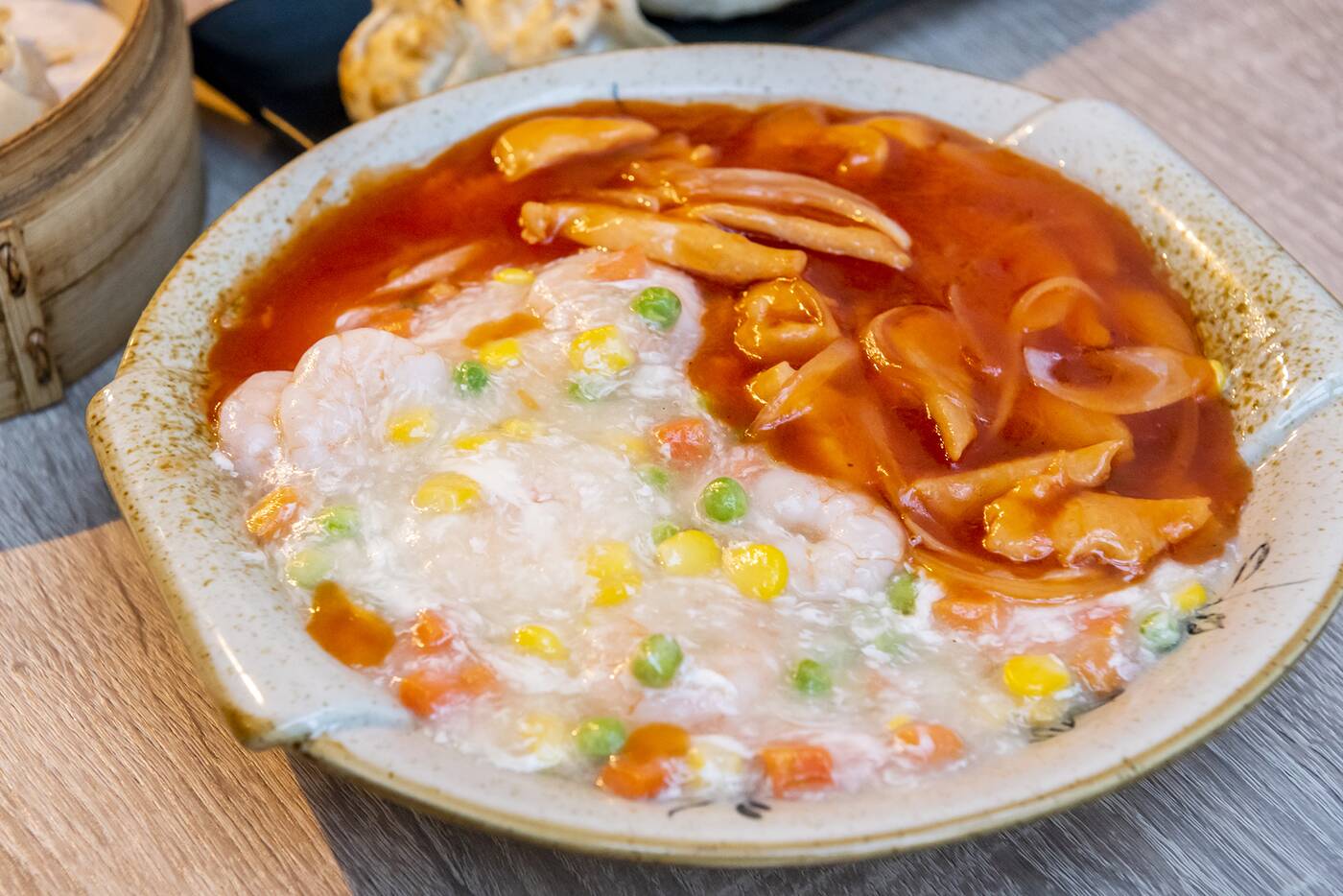 Fried Rice with Twin Sauce should definitely be shared at $18.95. A massive dish of egg fried rice is topped with a sort of yin-yang pattern of tomato sauce with chicken and cream sauce with shrimp. 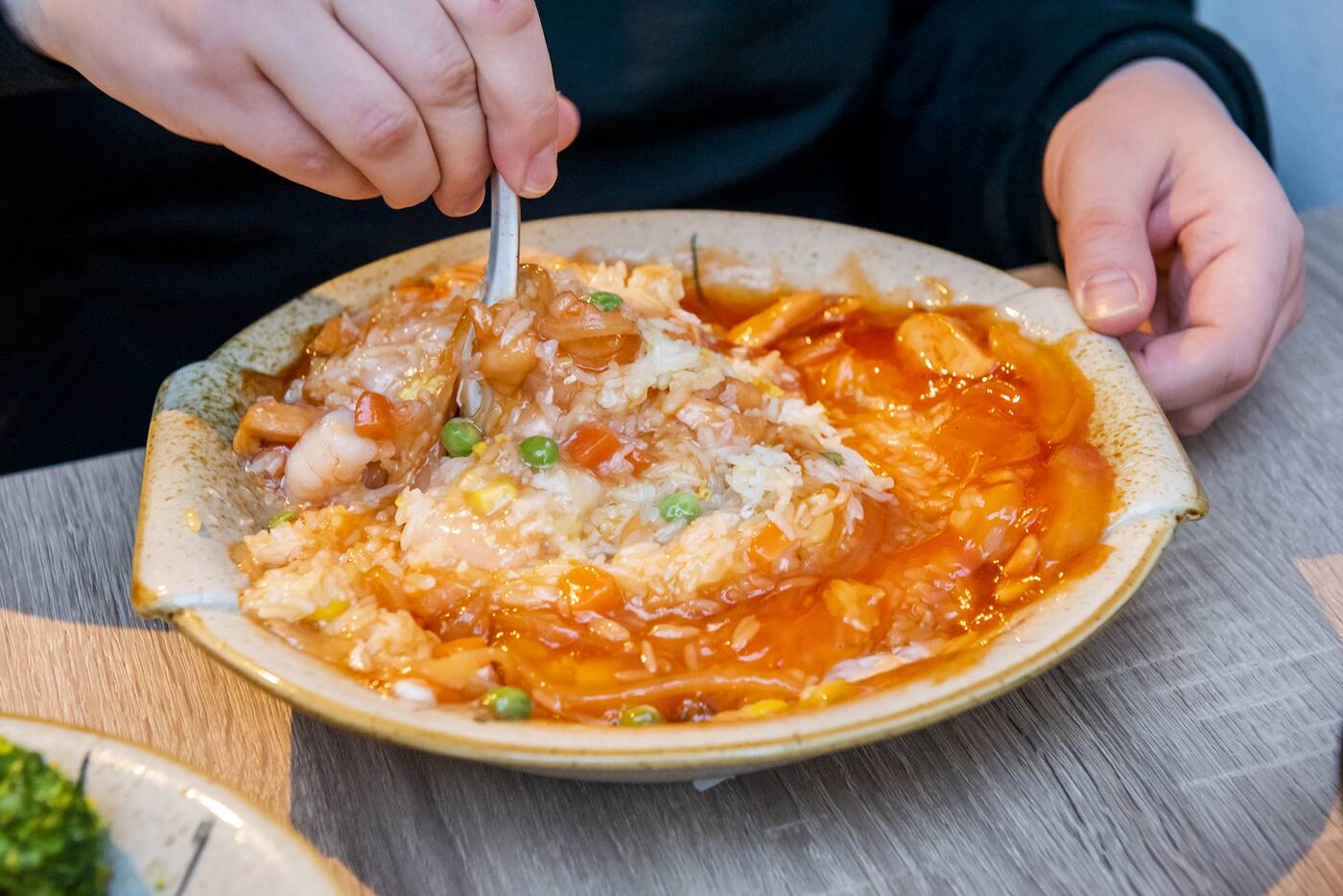 We're told when it's served that it's up to customer preference whether to mix the sauces together or keep them separate, but upon mixing them into a muddier, unrecognizable sauce we decide we should have kept them apart to retain their opposing flavours. 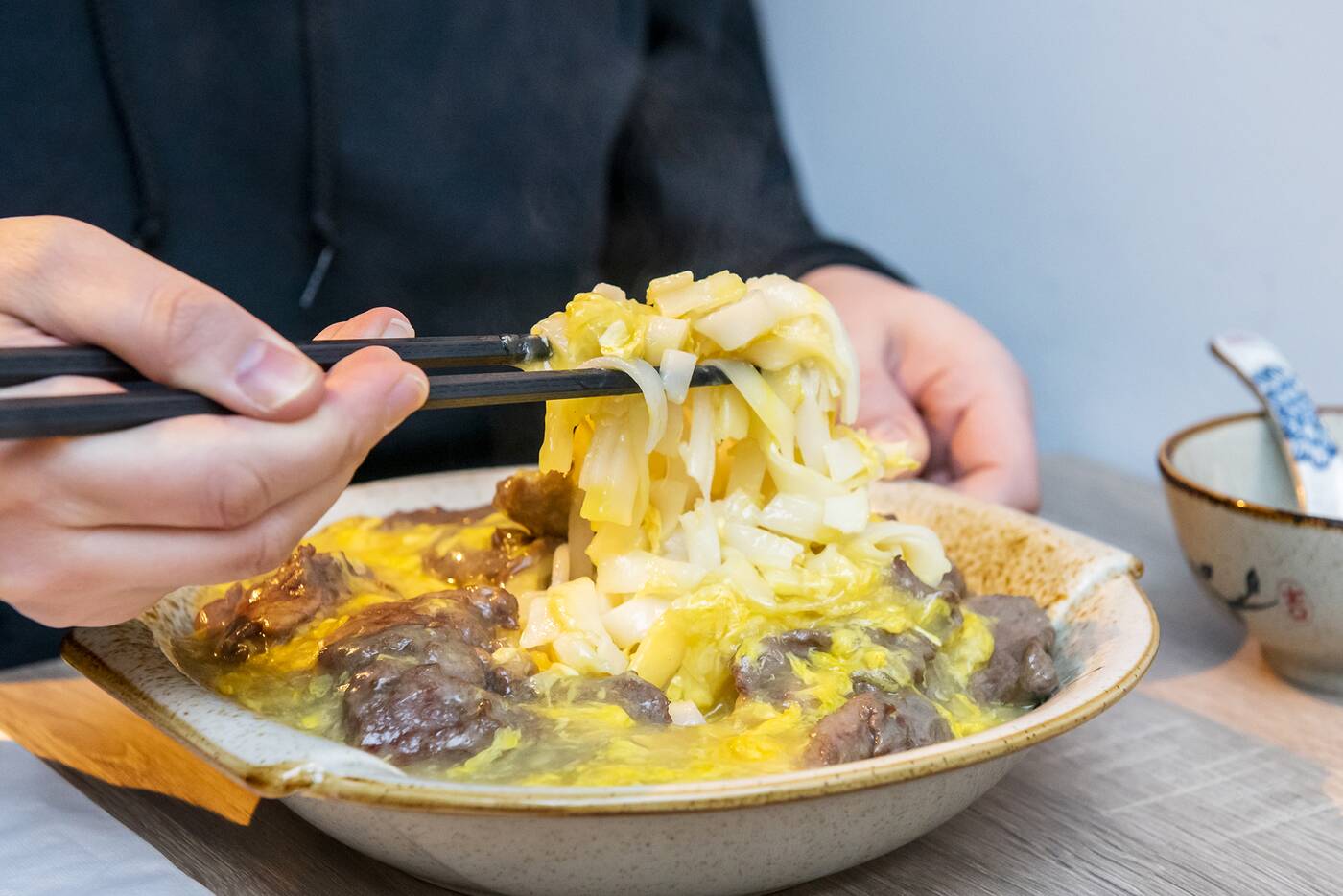 Fried Flat Rice Noodle with Scrambled Egg and Beef ($13.95) is just what it sounds like, slightly soggy noodles hidden under an intimidating amount of scrambled egg and bits of beef. 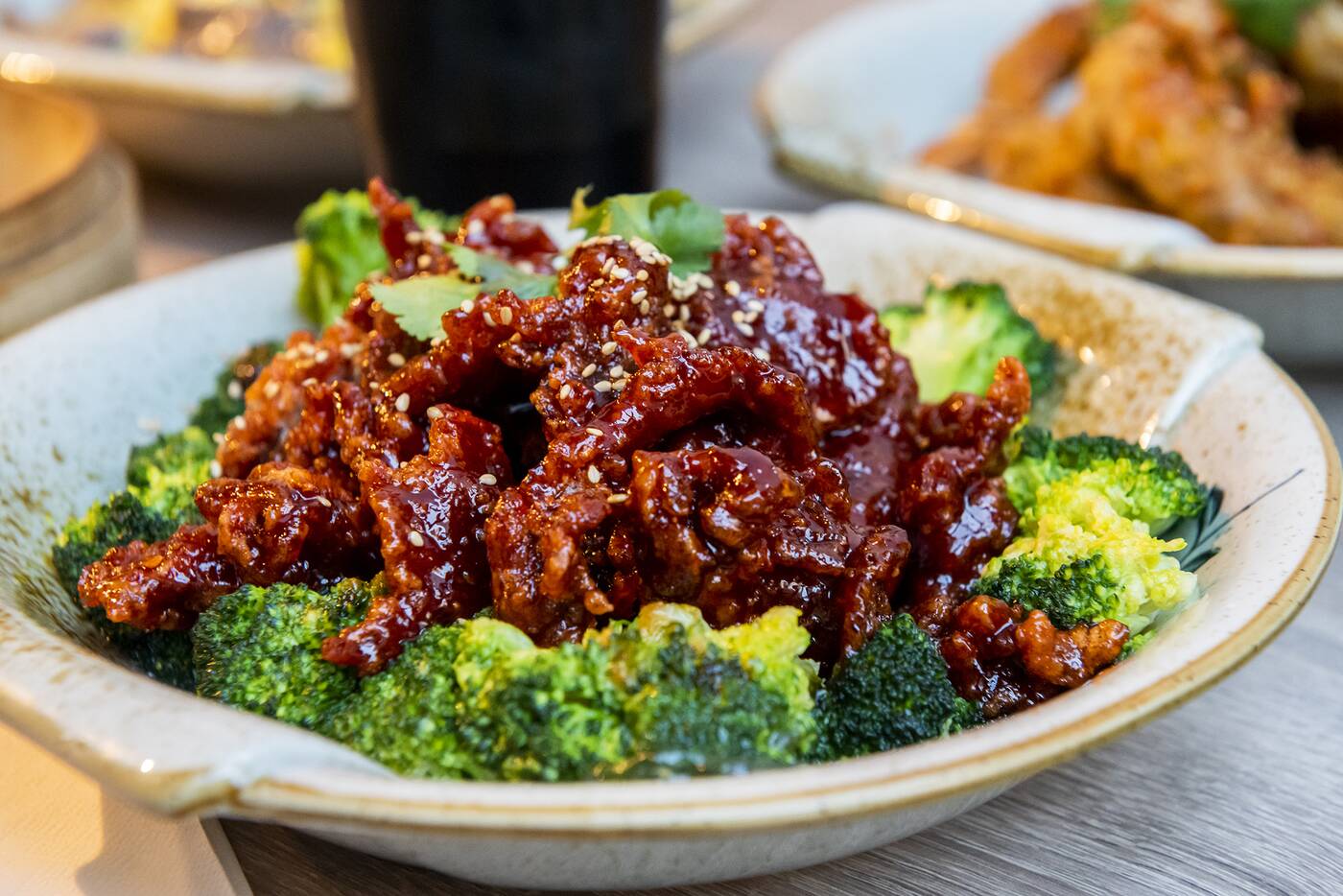 Crispy Beef ($18.95) feels like your typical breaded and stir-fried sliced beef smothered in a sticky sauce with a sweet heat to it, presented with broccoli. 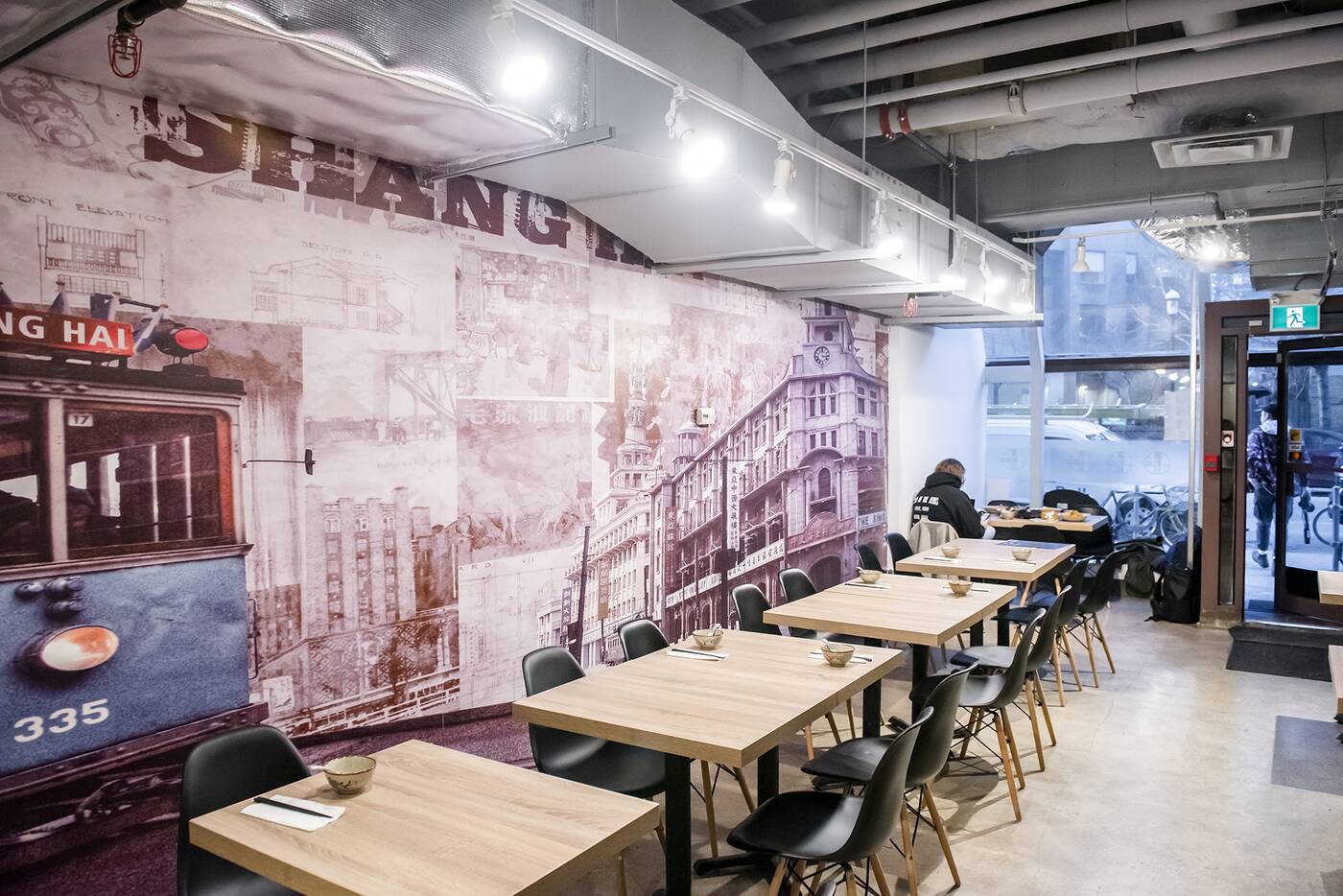 Though Wonton Kitchen might be a relatively mediocre option in an area saturated with similar options, it's not a bad place to fill up on a bowl of soup for under $10. 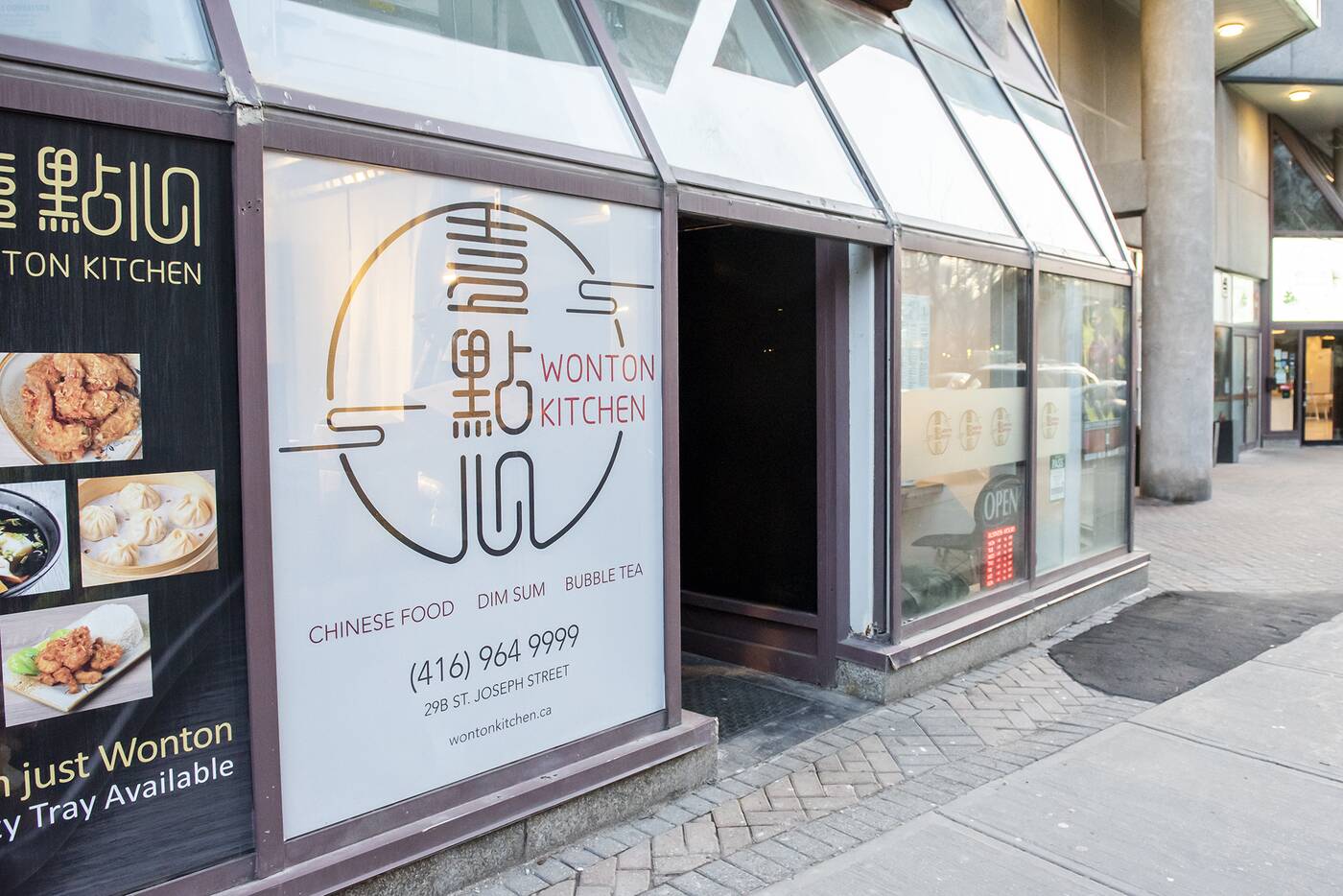