Wind Up Bird Cafe is named after a Murakami book and aspires to be just as quirky and whimsical. Opened by serial restaurateur and award winning fiction writer, Sang Kim ( Yakitori Bar , Seoul Food Co. , Blowfish ) and partners Claudio Gaudio and chef Yumiko Kobayashi (who are both artists in their own right), the new spot hopes to become a community hub that will nourish tummies as well as souls. 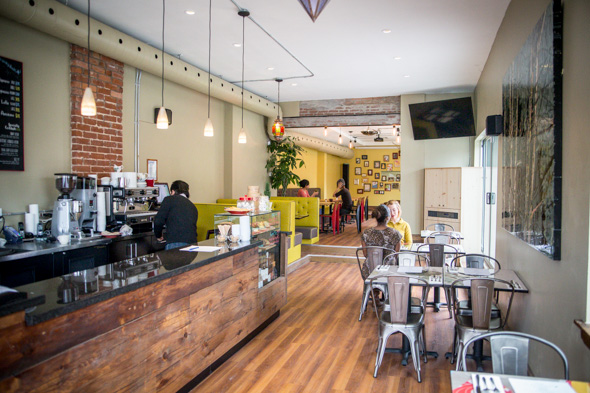 Inside, renovations have transformed the dingy decor of the former Q Space into a polished but casual space. Warm woods, bright upholstered booths and tables with abstracted children's illustrations set a fun tone, while the stage and AV equipment hint to serious programming ambitions. 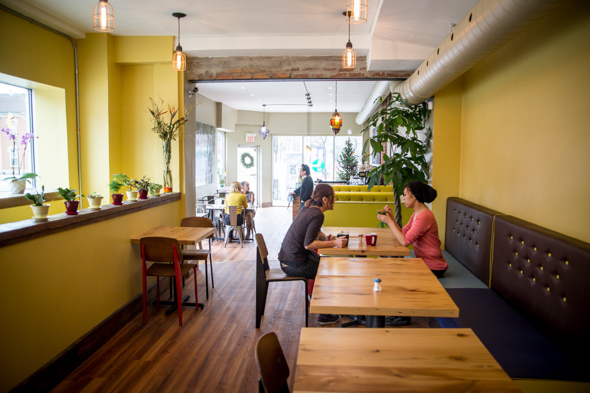 The new establishment was conceived as more than just a restaurant. The team is deeply engaged in philanthropic and social work, and come the new year, the collaboration plans to offer a mix of musical entertainment, literary events, children's programming, instructional cooking workshops, singles nights and forums to explore food insecurity and other issues of social injustice. In warmer months expect a boulevard patio and kid's community garden. 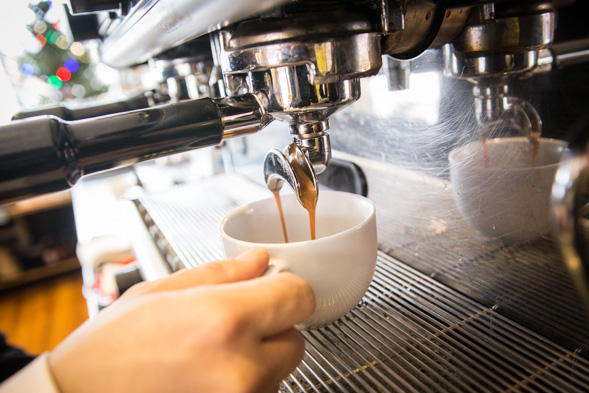 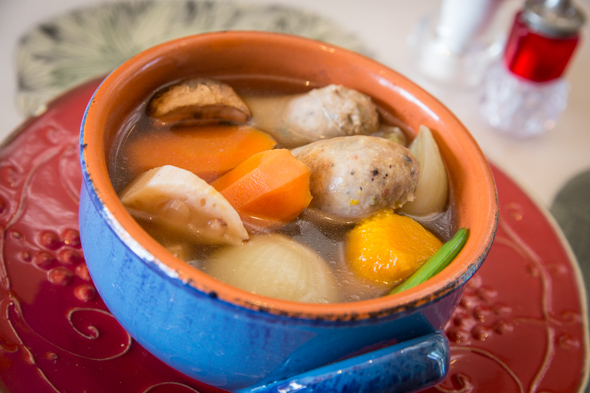 The menu will change frequently within the parameters of each season and with the availability of local produce. Hearty winter dishes include a Pot Au Feu ($14) featuring artisanal pork sausage in a fragrant chicken broth with root veggies, lotus root, shallots and edamame. 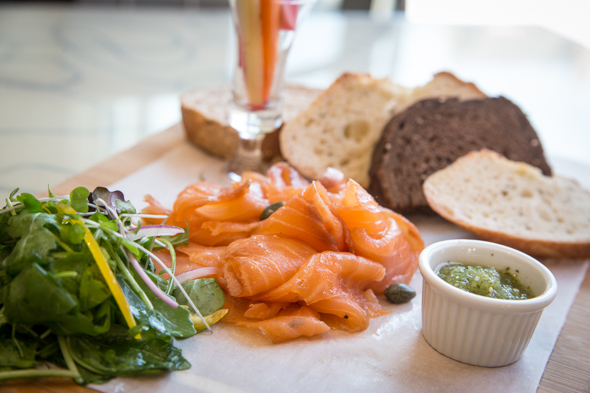 There are light dishes like a cured Arctic Char ($15) served with an assortment of fresh breads, pickled heirloom vegetables and a Mexican chili chutney.

Roast Beef Tenderloin ($19, lead photo) over mash is the most expensive item on the menu. The artful plate pays special attention to proportion, offering a portion of steak that Food Canada would commend alongside an entourage of colourful squash, beets, carrots, edamame and brussel sprouts.

The bar menu features an abbreviated wine list of four reds and four whites ($7.50-$9.50 by the glass). Local beers from Mill Street, Creemore and Beau's will be available in bottles. The cocktail menu features unique blended libations like the Kombucha Kosmo ($12) and Johnny Walker-spiked Beet It ($12). 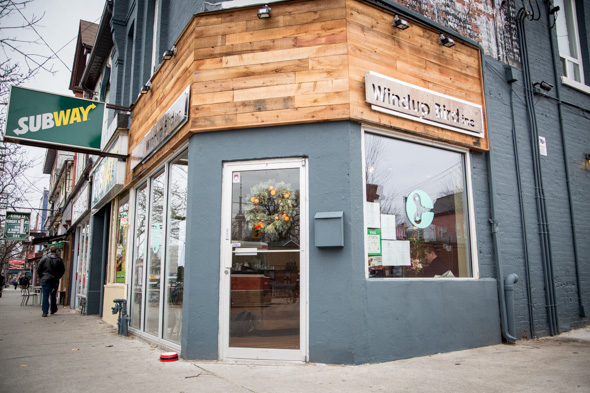 Wind-Up Bird Cafe is open weekdays from 8am until 10pm. Weekend brunch will be introduced in the new year but currently the space is open on Saturdays from 4pm to 10pm and closed on Sundays.