Wallace & Co. is a throwback diner that conjures up the snackbars of the past rather than images of small plates of so-called "street food." It's the type of place that smells good — you know, in that way that the combination of coffee, bacon and homefries is just comforting to the senses. Located on the southeast corner of Wallace and Campbell (where Yasi's used to be), it's a bright and airy space that looks just vintage enough to suggest its retro underpinnings without being gimmicky. 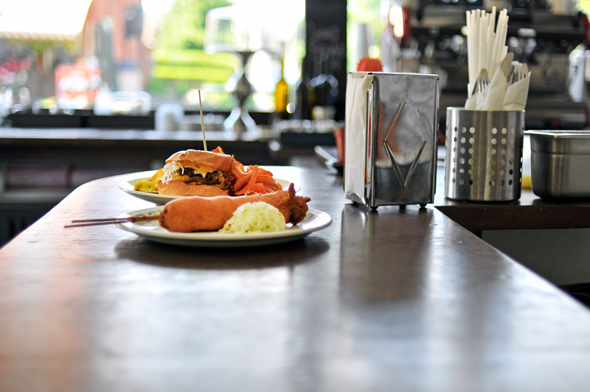 The menu comes courtesy of Stephen Payne (formerly of Parts & Labour ), whose personality is about as big as his food. This is actually rather important in a place where the kitchen is less than a foot away from the prime seating at the counter. A gregarious chef who interacts with the customers is a big plus, especially with future regulars. I should know, I've already been in three times. 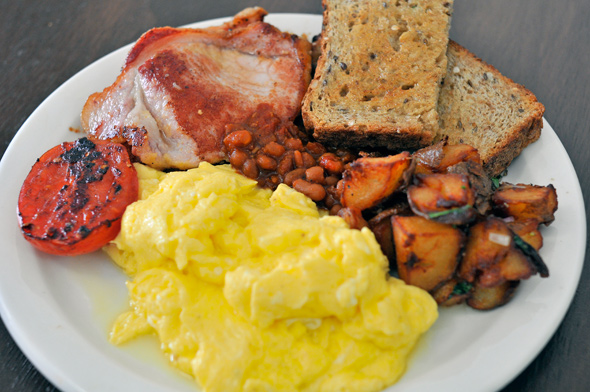 Food wise, I've tried the all day breakfast ($8) on two occasions (one takeout, one dine-in), and it's yet to disappoint. There's nothing fancy about it, of course, but the little things matter. The eggs, should you order them scrambled, come indulgently spiked with cream, the homefries are crispy as hell, and the combination of the sweet beans and fried tomato offer that requisite bit of tang to cut through the fat. 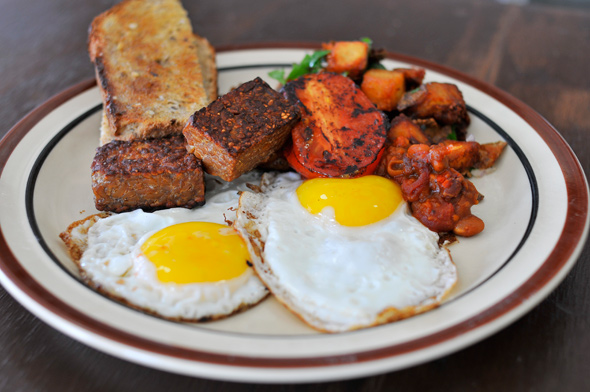 If you're not into peameal or a sausage patty, Wallace & Co. does the dish with tempeh in place of meat. I prefer the more standard set up, but if you're not into meat and you still want a hangover cure, this will work just fine. 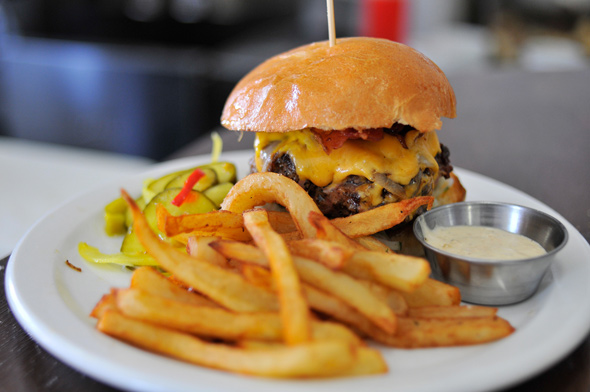 As much as I'd endorse the breakfast, the true standout is the aptly named dirty burger ($11). A fat ball of chuck is griddle-fried with cheddar cheese, bacon, onions (also fried) and coleslaw. It's one of those burgers that explodes when you first bite into it, which makes for a bit of a mess — but it's a good kind of mess. What else is there to say? It's a dirty, dirty burger. 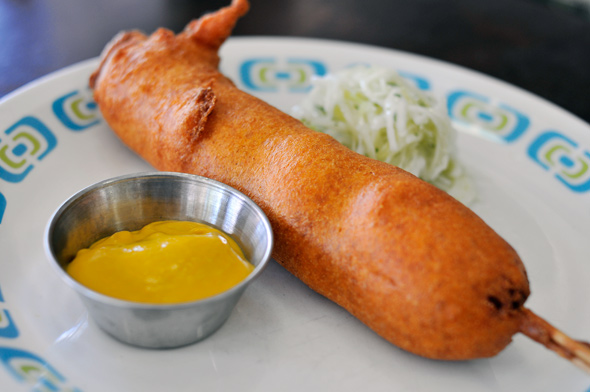 Also in the dirty department is the Kung Fu corn dog ($7), a reference to the chef's nickname and Twitter/Instagram handle . It's one of those throwback dishes that a diner stakes its worth on, and it's just right if you're looking to step into a culinary time machine. The hot dog is homemade and the batter will have you asking for extra mustard before you're done. 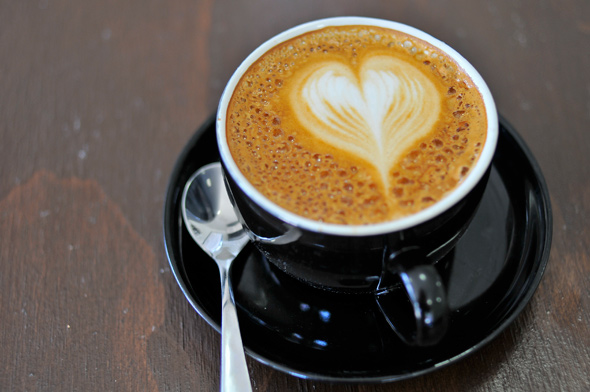 Although there are plans to re-do the patio, the one that exists now is kind of nice. You wouldn't call Wallace and Campbell a busy corner, but there's enough activity to make the street scene interesting and the awning is a welcome touch for those who don't want to fry while they eat (later in the day, shade is harder to come by). It's also a good place to enjoy a coffee, which is decidedly better than your usual diner stock. 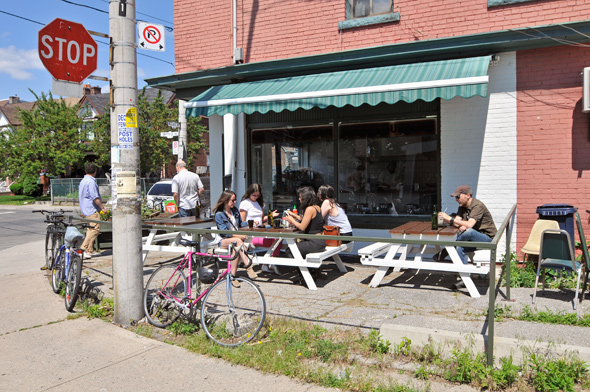 It's tough to comment on service at such an early stage, but there's a friendly, laid back vibe here that suits the space and the food. I'd like to see the kitchen turn everything out a bit quicker when the place is full, but this is the type of thing that a restaurant usually gets a hold of once they've settled in.

All things considered, they're off to a good start — and this is a most welcome addition to the neighbourhood. 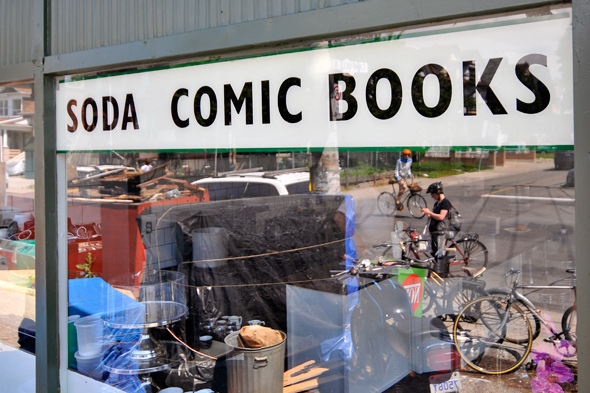