Waffle Bar on Scarborough Road is nearly impossible to miss. Though it sits just off of the main stretch of Kingston Road, the aroma of fresh waffles will lead you right to its front door.

This is the spot where Jan Vandenbroeck and Valerie Bain have been creating their Liege-style waffles for the past year. And now, they have opened their doors to the public. 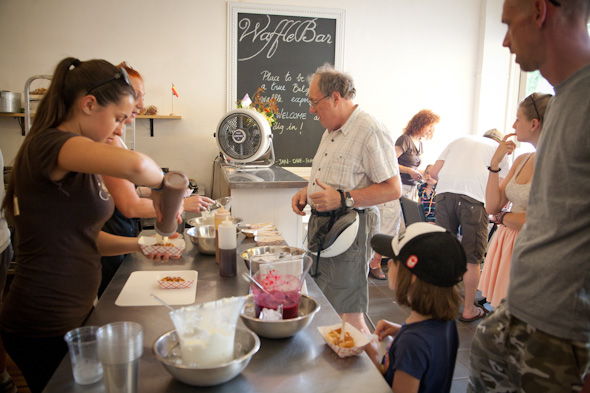 "We had neighbours literally knocking on the windows asking if they could come in," manager David tells me when I stop by (and I should note, I immediately start salivating when I step in the door). This was just a production space, but we decided to take a leap and open up to the public." 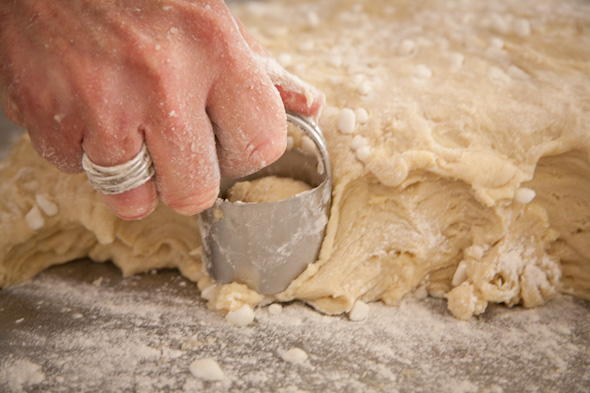 And Waffle Bar has already had to adjust its hours to keep up with demand. Previously open from noon until early evening, the shop is now open 10 a.m. to 6 p.m. most days (closed Mondays) to satiate morning waffle pursuers.

But these aren't the big, fluffy Belgian-type waffles you'll find at most Toronto brunch hotspots. These waffles are smaller, denser, and pack a bit of a crunch; distinguished, says David, by two important factors. 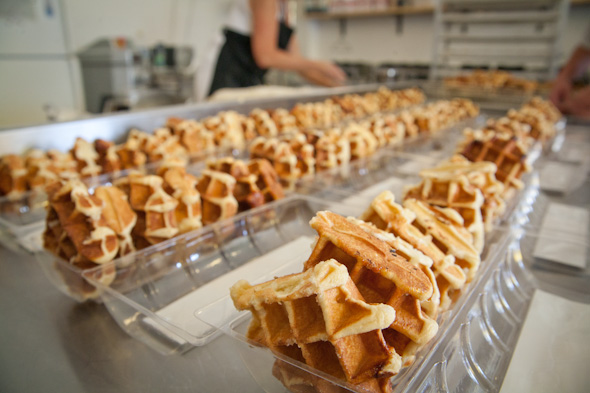 "We use pearl sugar," he says, motioning toward a bowl filled with little white pebbles. "And yeast-risen dough, rather than a runny batter."

The result is a crunchy brown waffle a little larger than your palm, which can be enjoyed naked ($3), with fresh whipped cream ($1), with berry, chocolate, or caramel sauces, or topped with a scoop or two of Greg's Ice Cream . (You can also order a scoop of ice cream in a fresh Waffle Bar waffle cone). 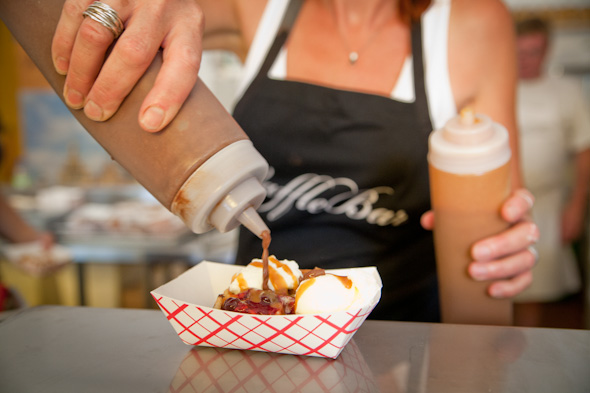 The taste may be familiar to those who frequent the Leslieville Farmers' Market or purchase packaged gourmet waffles at stores such as Pusateri's . "We'll continue to be at farmers' markets and in stores," David says. "But we wanted to serve this neighbourhood, too." 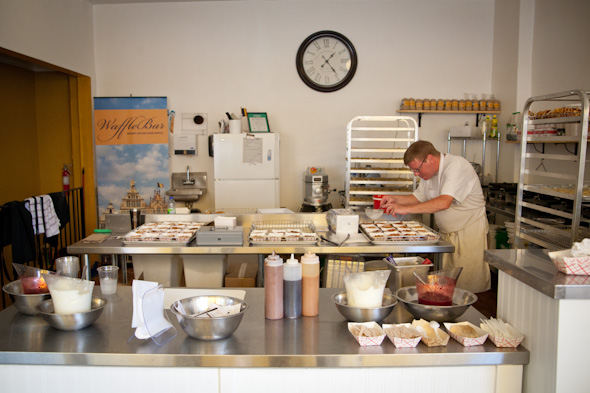 David says Jan, who also works as a hair stylist, brought his waffle wisdom with him when he moved to Canada from Belgium. He met business partner, Valerie, a few years ago, and together they started working the corporate/special event/market circuits. 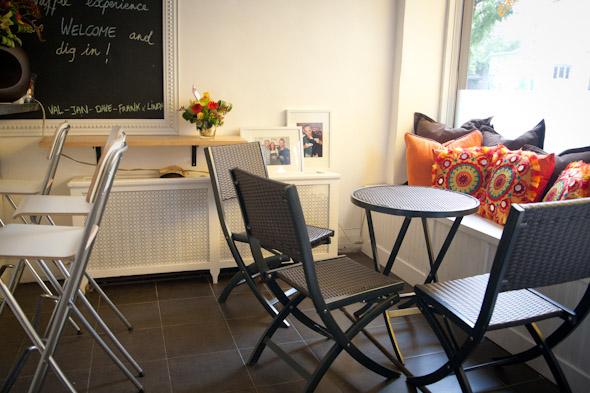 The storefront is still somewhat in its infancy (and is currently cash only), but it should be getting Tea Emporium teas in soon to go along with its Nespresso coffee. And seats are limited to just a few inside, as well as a couple of tables under Waffle Bar's bright yellow awning. 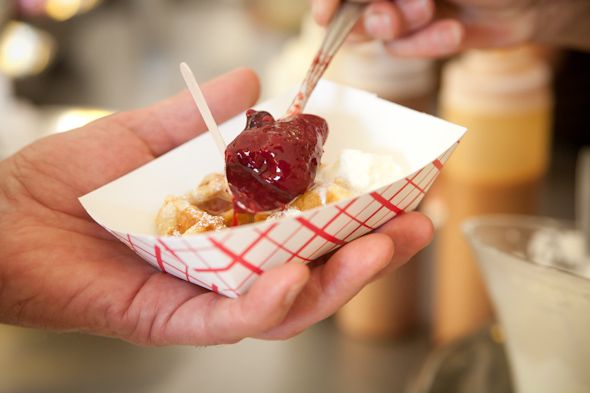 I, however, find I need no extra frills. I take my waffle with just a light dusting of icing sugar, and find it gone far too soon. A perfect combination of crunch and chewiness, with a mellow sweetness that wouldn't be overdone with a little Toasted Marshmallow set atop. I'd take this waffle over an oversized brunch-Belgian any day. 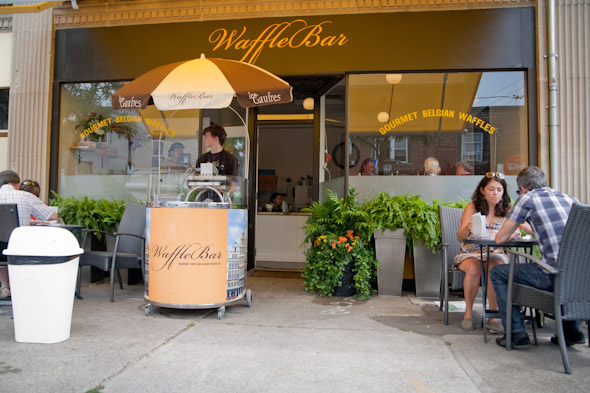