Vita Sociale has been open for just two months near Yonge and Eglinton in the space that was once home to Centro. THe high end Italian restaurant had been open for 25 years, but with a strong family demographic in the neighbourhood, owner Armando Mano seized the moment and created a more accessible spot for a less stodgy crowd. 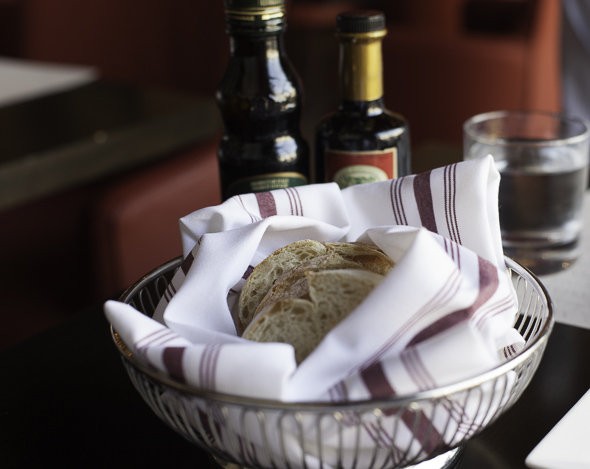 With a striking black and red interior lined by a faux brick wall and cheesy Italian landscape prints, the interior is a significant departure from the overly starched whites that used to grace each table. Clever accordion glass doors allow for prime people gawking, and comfortable banquettes are good for extended meals. 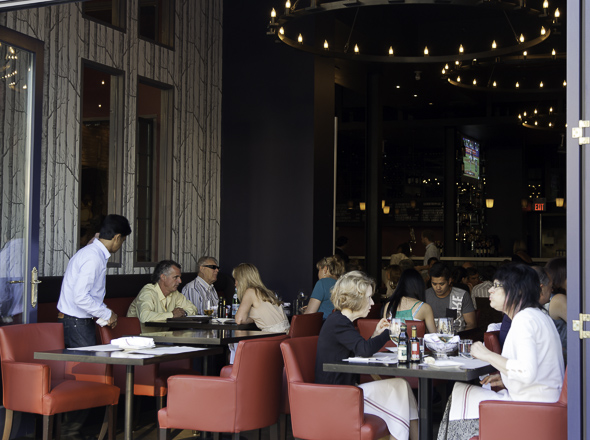 While the wine list certainly echoes the vaults of Centro, it has evolved into something more approachable, with ½ litres at decent prices and four beers on tap (Blanche de Chambly, Okanagan 1516, Sleeman Dark and Sapporo) and an inspired cocktail list to boot. 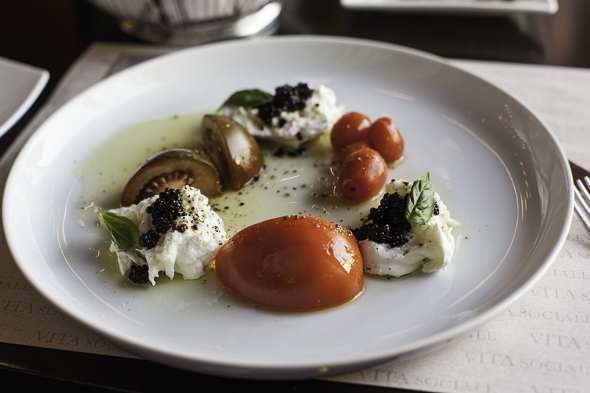 Cheese isn't merely relegated to the art on the walls. In the kitchen Chef Symon Abad takes his dairy seriously, making the buffalo mozzarella cheese that rocks the Caprese Salad ($15.95). While Caprese salads are second only to Caesars when it comes to predictability, this one is not to be missed. With caviar-like orbs of balsamic (a molecular feat accomplished by agar ) this is one of the best salads I've ever had. 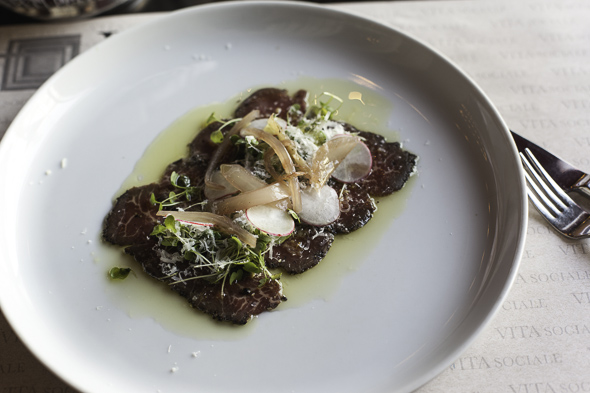 And while meats are also carefully cured in house, the Peppercorn Crusted Beef Carpaccio ($15.95) only gets the raw treatment, with a thick coating of peppercorn, drizzle of olive oil and draping of fresh arugula cress, radish and shaved parmesan. And with quality meat like this, it's all it needs.

While Napoli style pizza has long been tossed around Hogtown, Vita Sociale does it differently making their pizzas the Roman way, still cooking at a scorching 900°for 90 seconds but with a less doughy result making their rectangular Maialona meat (sausage-pepperoni-speck) pizza ($16.95) crispy, tasty and a slightly more flour-y texture than the Napoli versions which can get a bit limp. 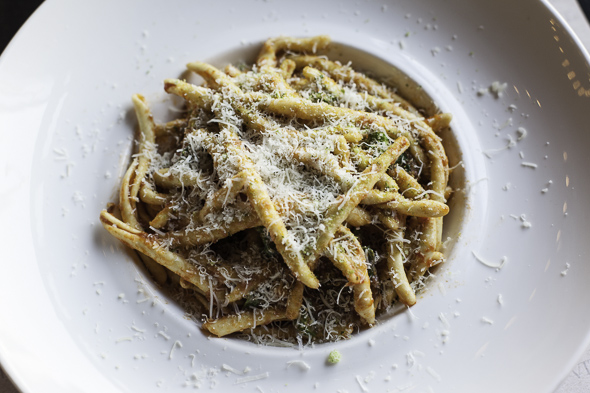 Toscana pasta ($15.95) with homemade cavatelli pasta, sausage, rapini and spicy peppers, is rustic and filling, everything a good pasta dish should be. Although I was hoping for something with more bite, the server was swift in bringing more peppers (in oil or straight up) to accommodate my desire for more heat. 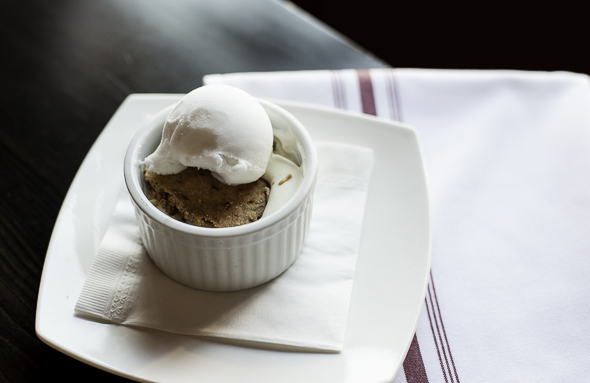 We took her suggestion for dessert, and were impressed with the Blundino ($6.95). A cheap and cheerful white chocolate crème fraiche cup, a dollop of caramel and a coconut sable cookie middle with a scoop of coconut gelato on top makes it a summer classic, and surprisingly not too sweet either.

With a decidedly more casual vibe, including a (gasp!) TV at the bar, the overall feedback has been good since they opened in April after a 2 month renovation. The impressive attention paid to making everything in house is comparative to places like Buca , but at an easy price point. Could Grazie finally have some well-deserved (overdue) competition in the 'rustic Italian north of Bloor 'category? 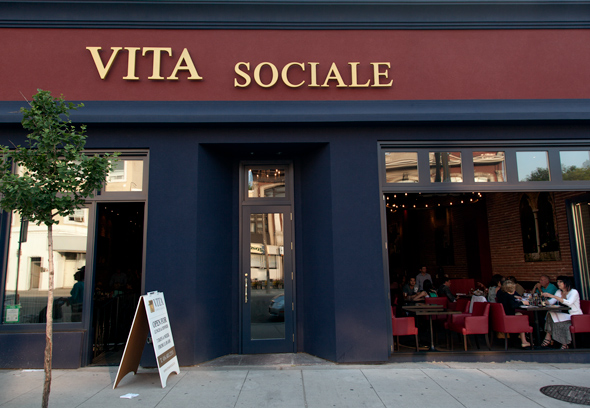 Vita Sociale takes reservations from Sunday to Wednesday, and Thursday through Saturday reservations are accepted before 6pm or after 8:30pm.