Via Vai occupies a former art gallery at the base of the Burano condo on Bay St. north of College. It's a beautiful solarium with 45-foot ceilings and colourful murals that sprawl across the back wall.

Looking in from the street, the Kartell chairs and tables set with long stemmed glasses might have you believe this place is fancier and more expensive than it is. 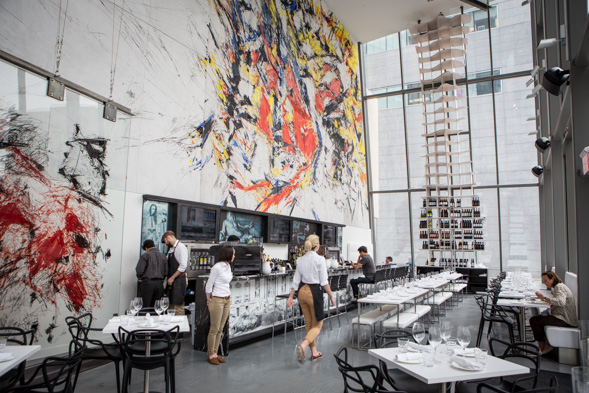 It's not Tosto (which lives just down the street), but, the restaurant from Dan Gunam, Luca Viscardi and Chef Joe Friday, is at its core, just a pizza parlour - on par with the Librettos and QMPs of this city. 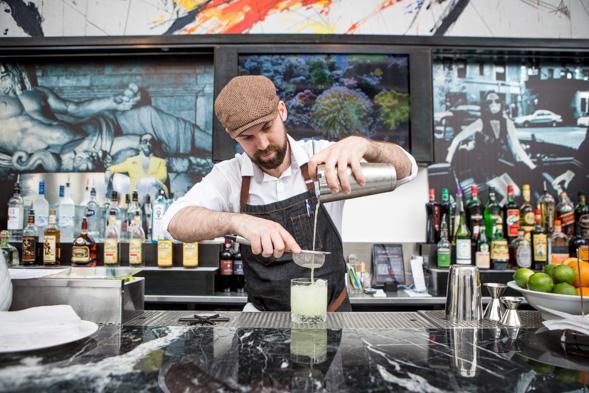 At the bar, the list of cocktails primarily features Italian standards like an Aperol Spritz ($10) and Negroni ($10). The Italian Garden ($10), a peppery cucumber and gin cocktail is one refreshing creation from bartender Tynan Cavanagh's growing list of seasonal libations. 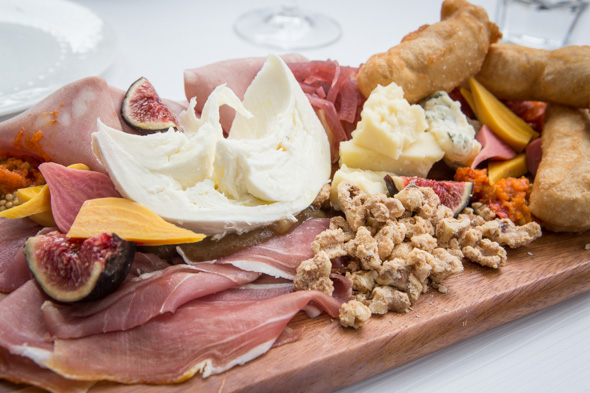 While portions are, for the most part, quite modest, there's nothing not to like about the overflowing board of salumi and formaggi ($28) with deep fried pizza dough batons. It's an impressive spread of cured meats, cheeses, and an assortment of house made pickles, preserves (like bomba, mustard, and apple butter), and candied nuts. 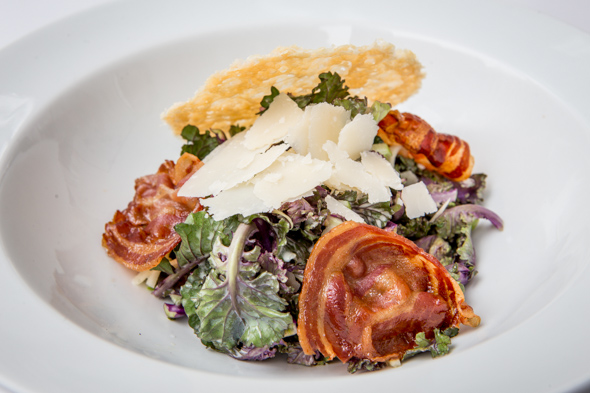 Up next is the Insalata del Palladio ($9), composed of curly baby kale and brussels sprouts with tart green apples, and salty accents like crispy rounds of pancetta, shaved parm and frico. I like this salad a lot. Sure the choice of roughage is all the rage, but I enjoyed its earthy flavours and appreciate the nutrient dense alternative to lettuce. 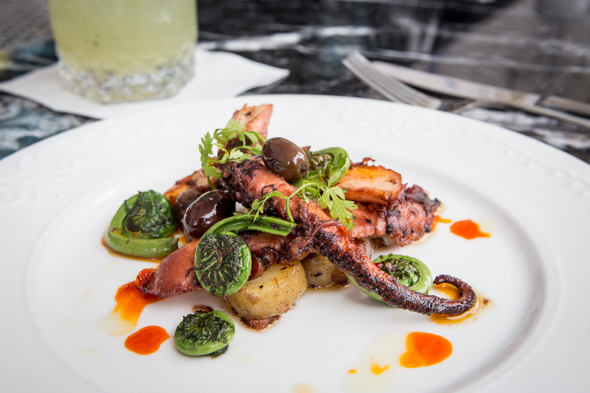 Arriving next to the table was an aggressively seasoned plate of octopus tentacles ($10) with smoked potatoes, olives, and chili oil. As with most of the menu, seasonal twists should be expected, and today that includes the fleeting delights of fiddleheads foraged by the chef himself in the Don Valley. 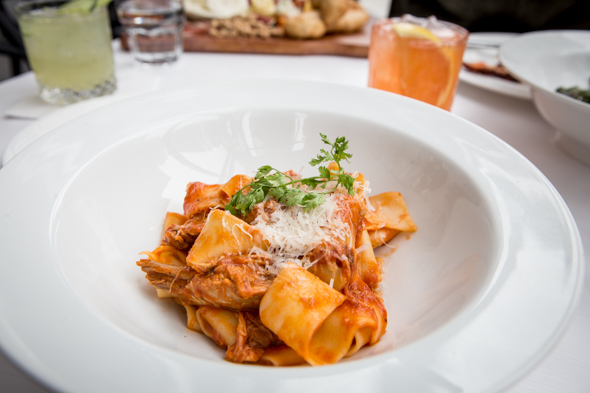 Pastas like the pappardelle ($15) are all made in house and while it's not the most generous portion I've ever been served, the duck ragu and bright tomato sauce are just filling enough to make the dish worthwhile. 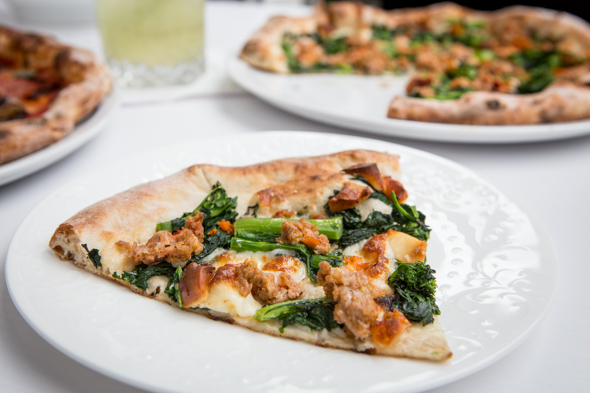 Piazziolo Darcy Sweet slings Neapolitan style pies in the open kitchen. The crust is slightly firmer and less soupy in centre than most (eating a slice sans utensils will not result in a mess). 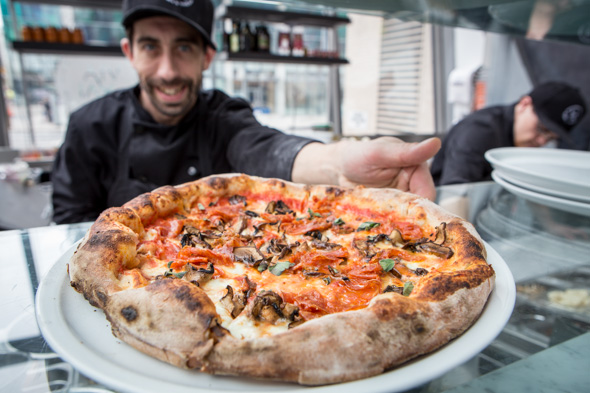 There are eight varieties to choose from, including Nduja ($14), which is generously topped with rustic ingredients like rapini, spicy sausage, and chunks of fried caciocavallo cheese that are like chewy little cheese curds. 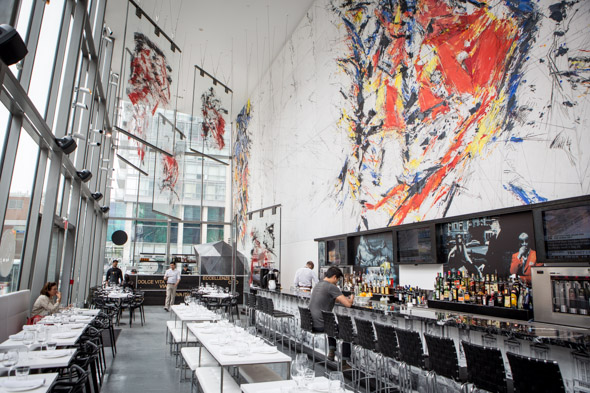 At lunch hour on weekdays, you'll find a $15 prix fixe featuring select starters, a choice of Margherita or Marinara pizzas, and a dessert. On weekends, brunch is int the works, which will feature Italian-Canadian mash-ups like bacon and egg pizza. 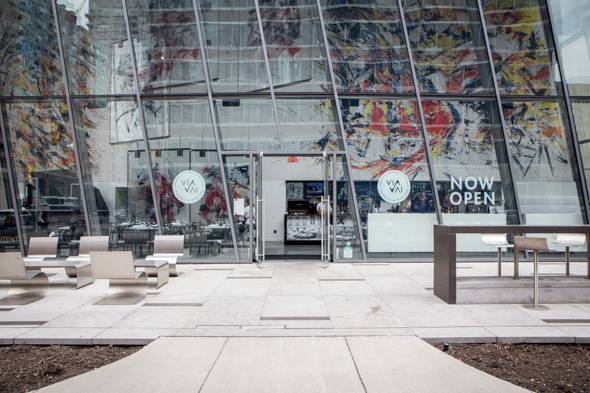