Vegwood is currently open but their offerings and services may be affected due to the pandemic. Please contact the business directly for more information about any changes. Is this your business? Please contact us if you would like to update this message.

Vegwood is a vegan restaurant that prices everything on an entirely vegan menu at $6.99.

A total of five options on the menu cater to the tastes of the local area, with influences that range from Caribbean cuisine to fast food. 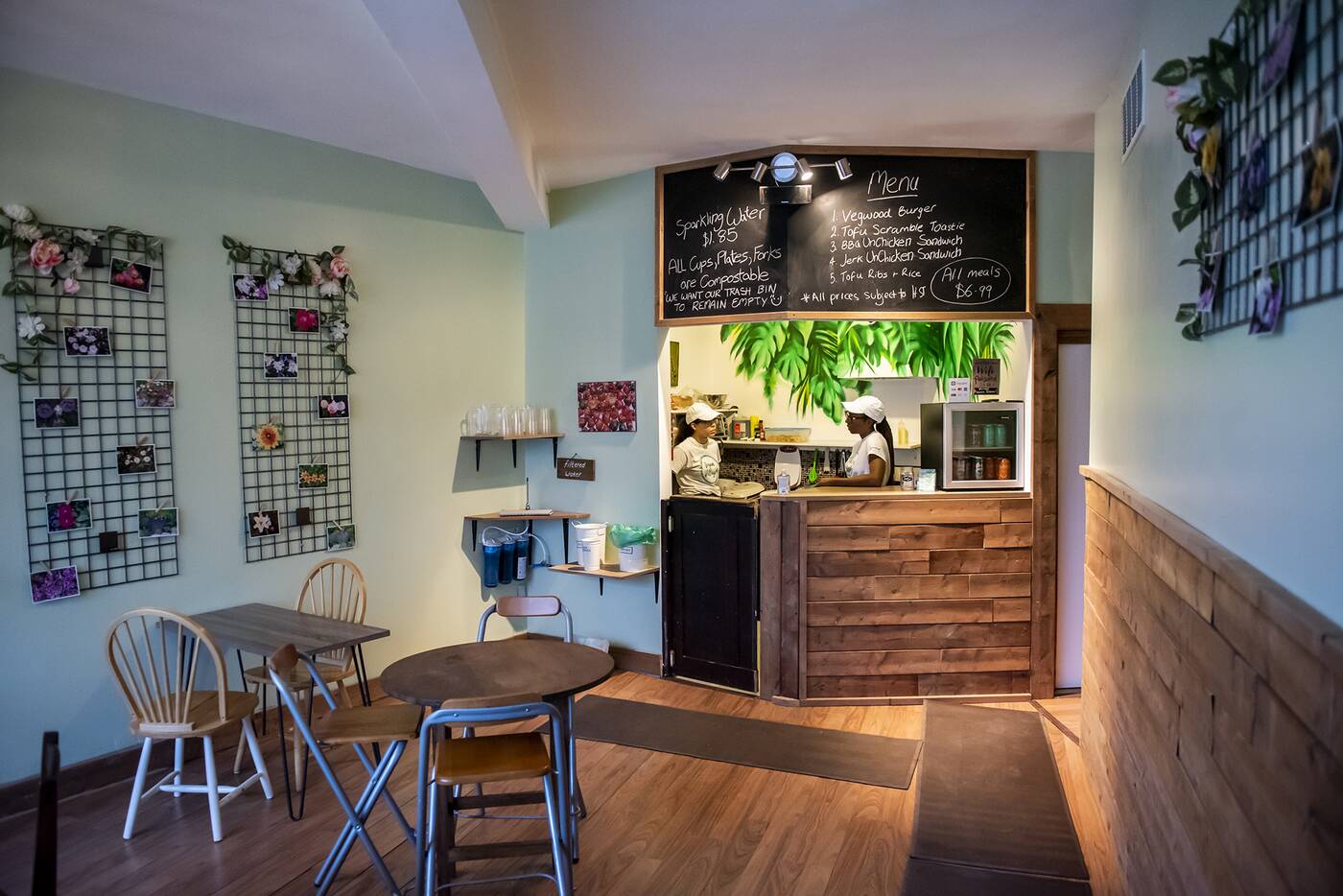 To say the space is moodily lit would be something of an understatement: it's downright dark. Some more lighting might be needed other than cute twinkly lights and an overhead fixture, but in the meantime, colourful images of flowers and plants brighten up the 15-seat space. 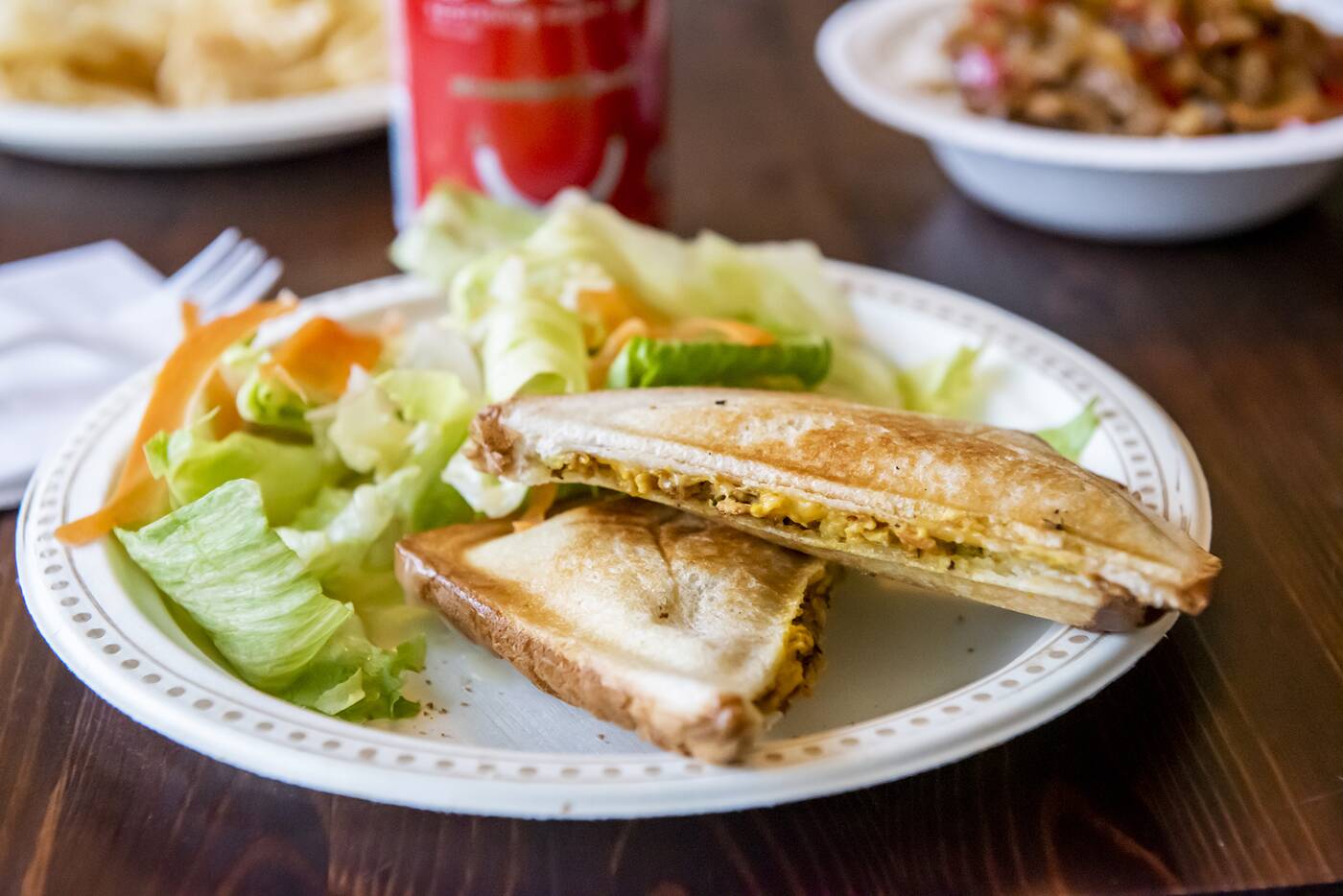 A Tofu Scramble Toastie is essentially your basic white bread grilled cheese sandwich, made with vegan cheese and tofu that's marinated with cumin and nutritional yeast to give it an eggy taste.

Little bits of fake bacon add a little more smokiness and beefiness to the sandwich, and all $6.99 meals are served with either chips or salad, the latter simple torn lettuce and shredded carrot with a light, sweet Italian dressing. 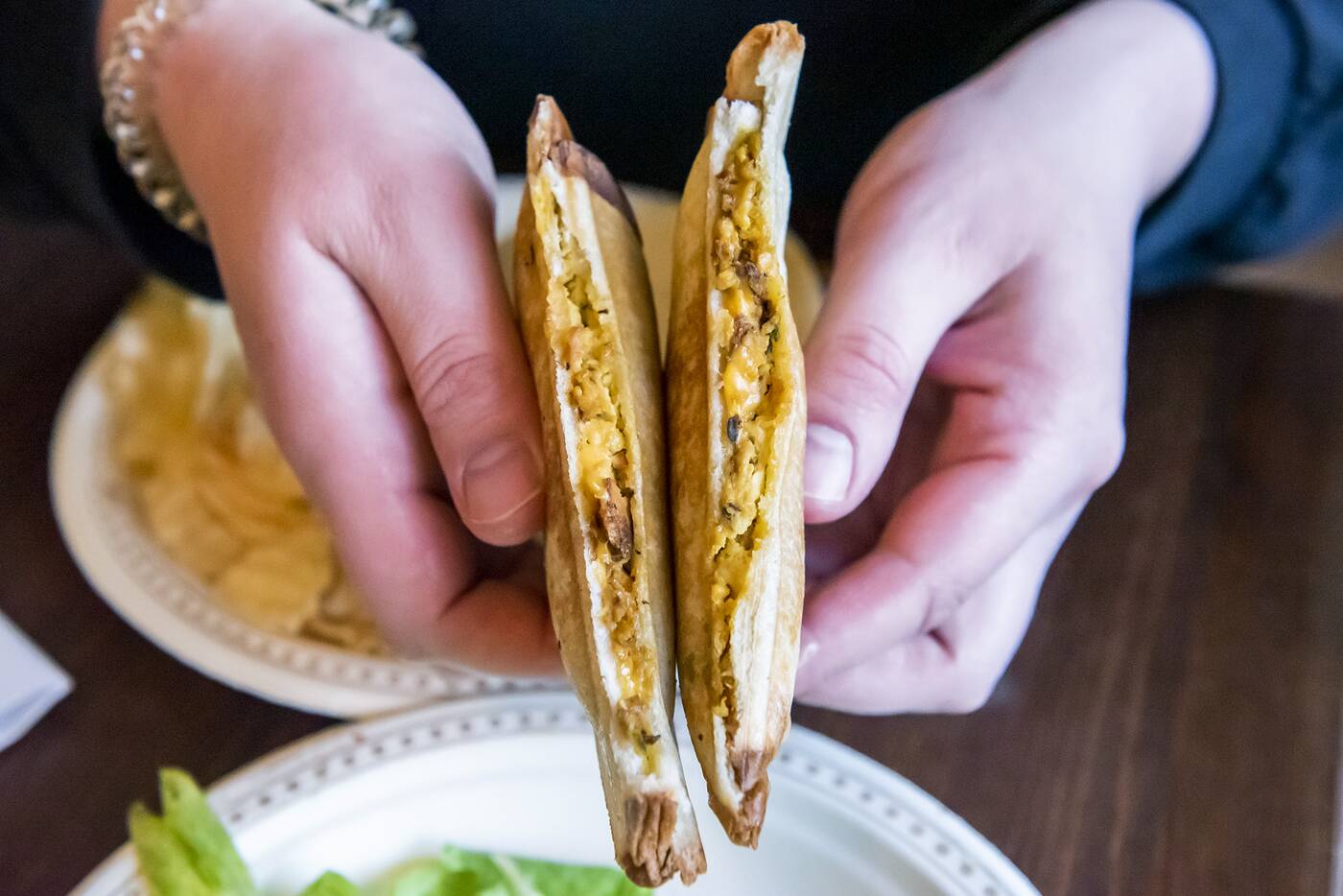 I don't know many vegans that don't love a tofu scramble, and as a non-vegan, while it's not gourmet it's certainly nourishing and has a satisfying breakfast-y feel. 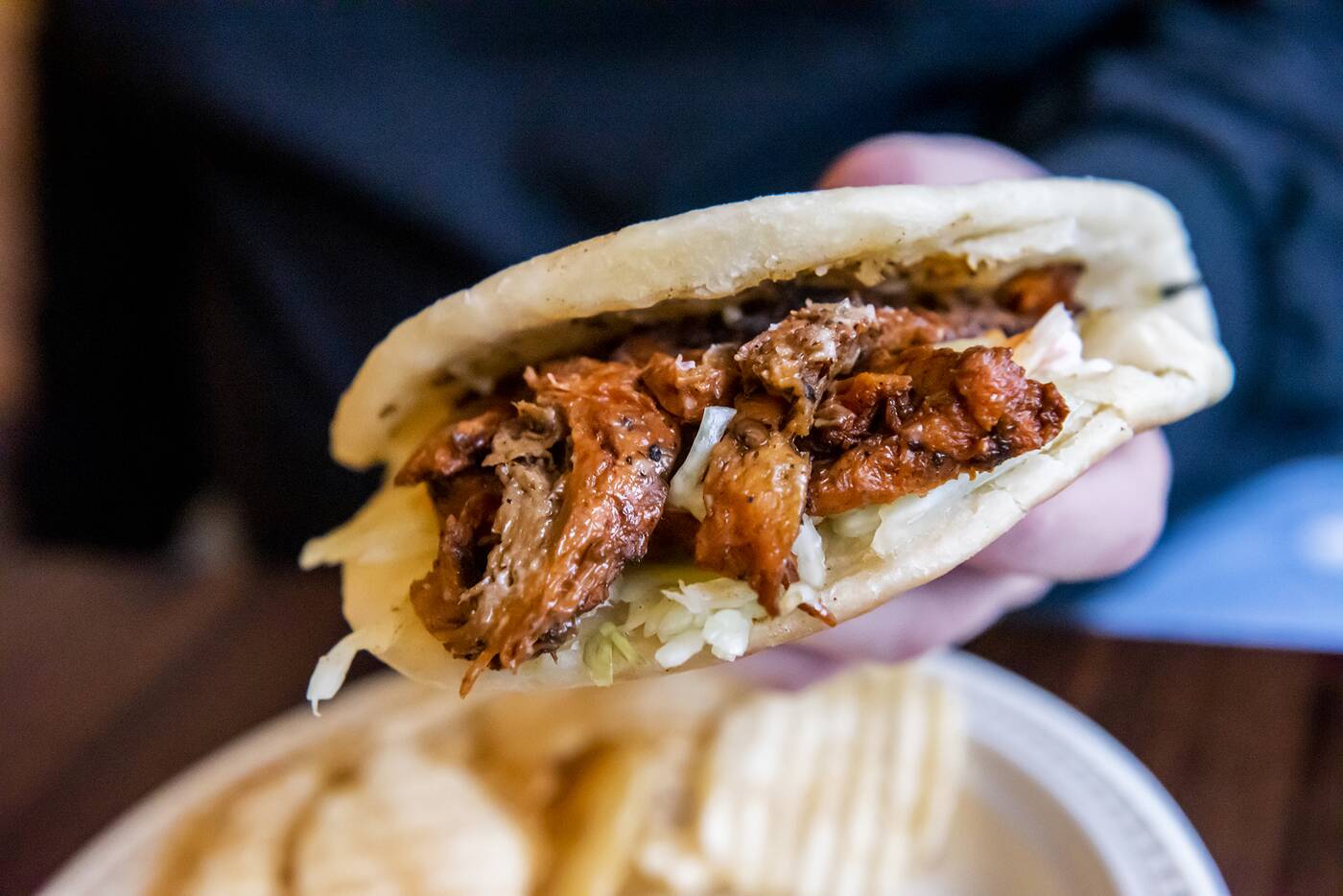 A Jerk UnChicken Sandwich provides a vegan alternative to the tons of traditional jerk chicken served in this area. Vegan coco bread from Hummingbird Eats isn't made with the lard or butter often used, and while it's not quite as fluffy and puffy as regular coco bread, it gets the job done.

A soy-based protein successfully imitates chicken in that it's not at all crumbly, doesn't pull apart easily and has a fair bit of chew to it like real meat, and is also prepared like jerk chicken: marinated in a sourced seasoning for 24 hours and then grilled. An acidic slaw is the finishing touch. 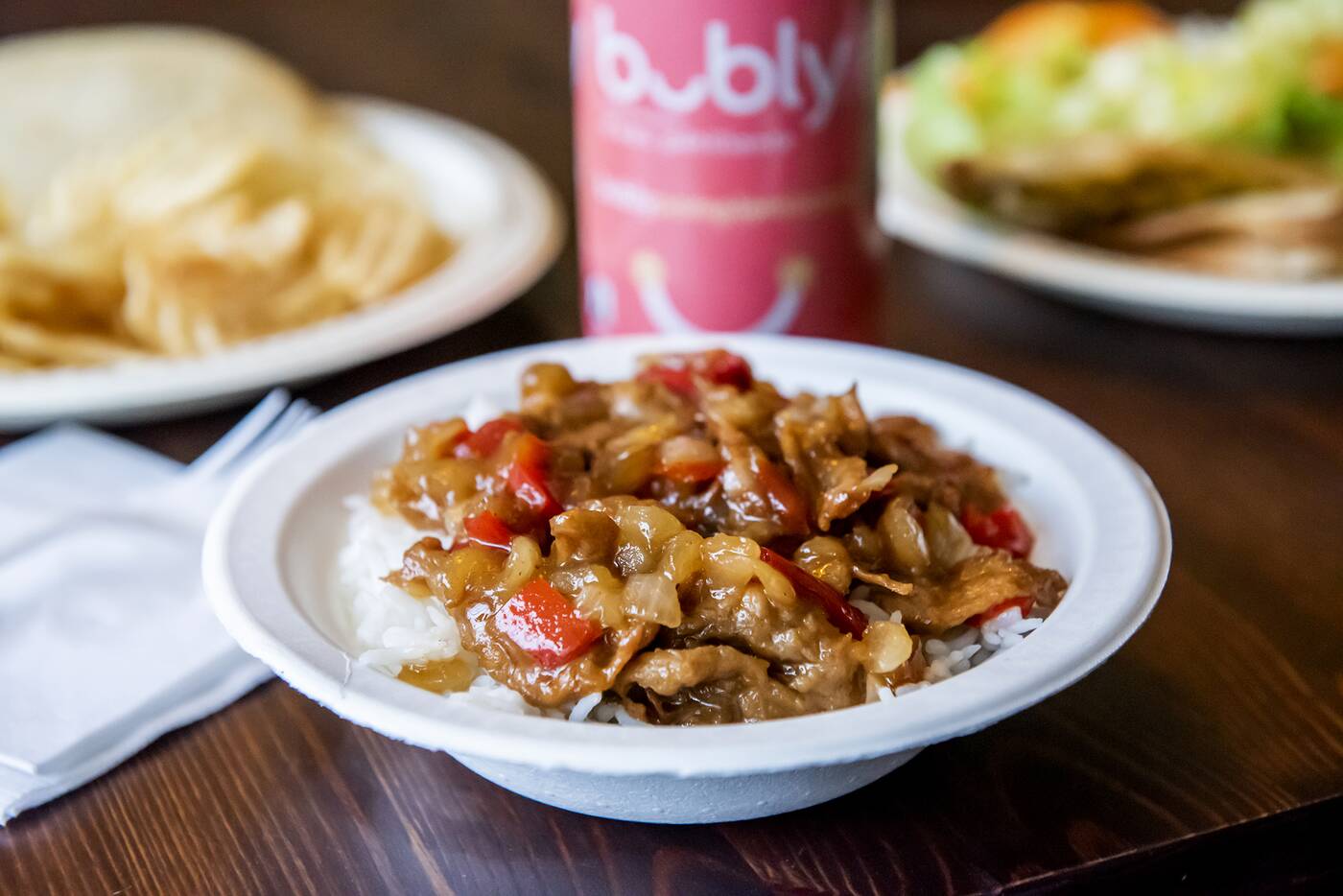 Tofu Ribs + Rice doesn't come with salad or chips as the rice acts as the side. Tofu with a similar tough texture to the soy protein is pre-marinated so it has a warmly spiced flavour with notes of cinnamon, and cooked down with onions and peppers.

This feels like the kind of thing a vegan could wolf down at the end of a long day: warm, flavourful and hearty. 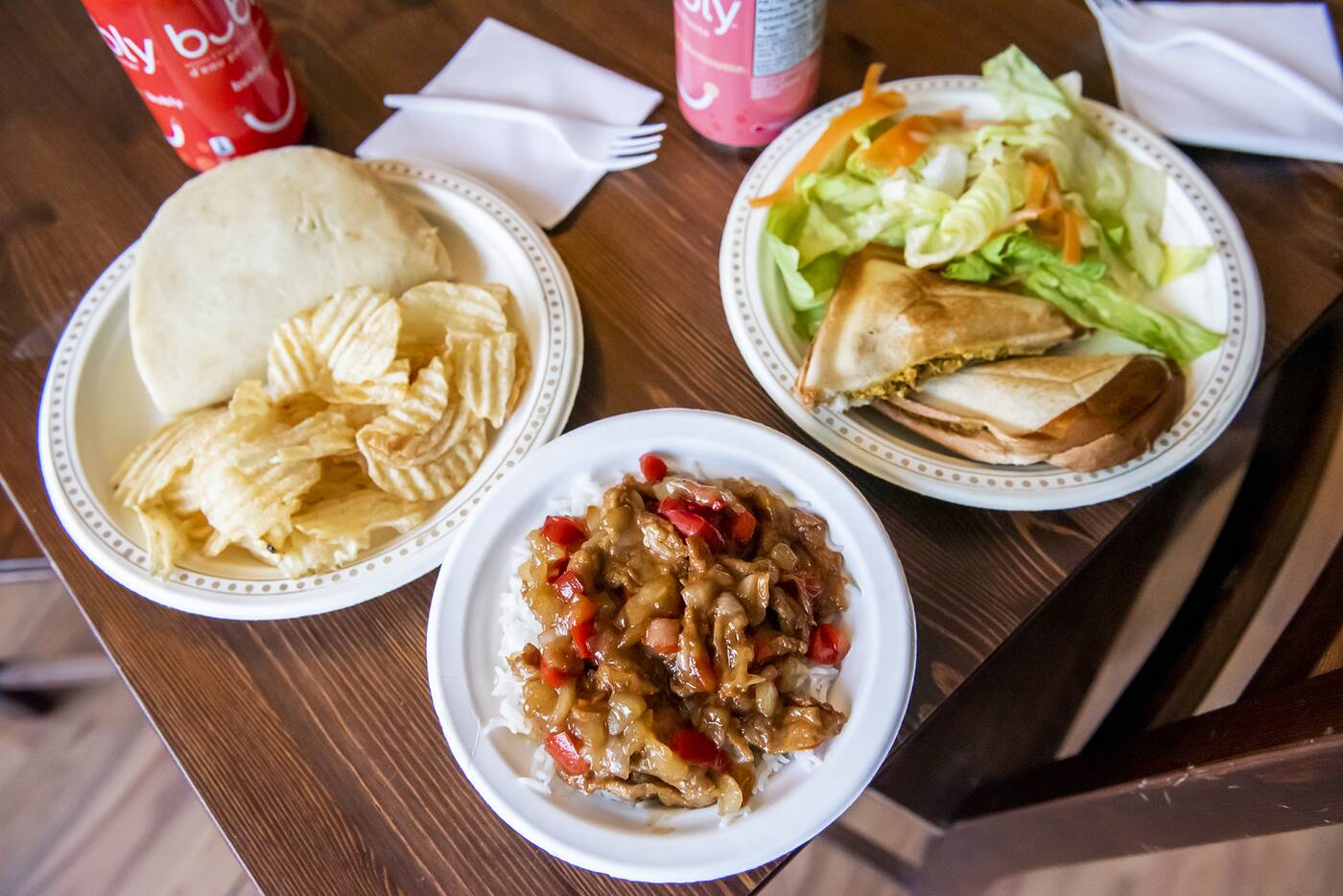 To drink, there's Perrier and Bubly for $1.85 in a relatively wide range of flavours. 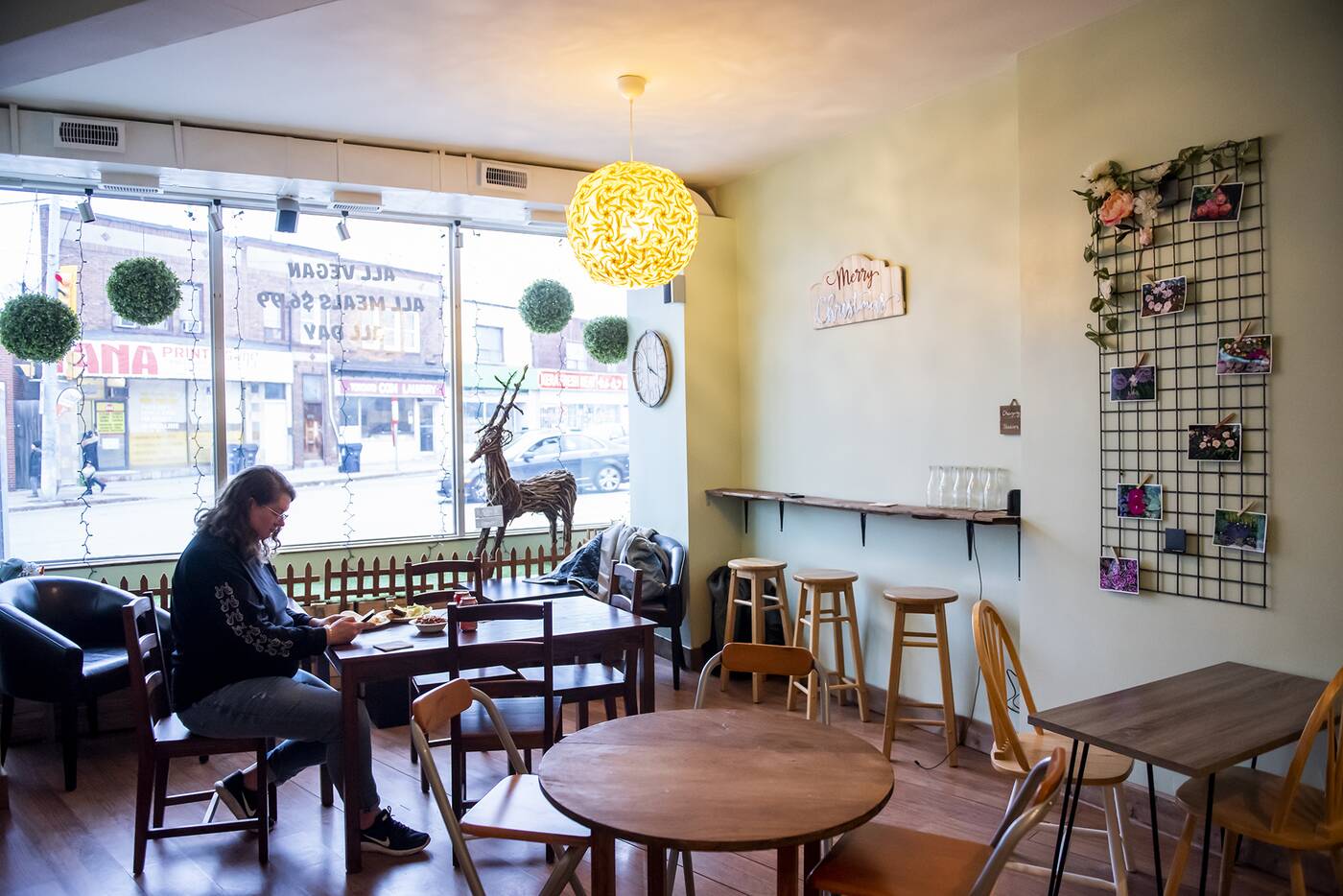 The goal is accessibility, which extends not only to the pedestrian nature of the items available but also the time it takes to prepare them, which should always be within five to seven minutes.

Vegwood also has a goal to keep the trash can empty, so all cups, plates and utensils are compostable, and you're encouraged to bring your own containers. 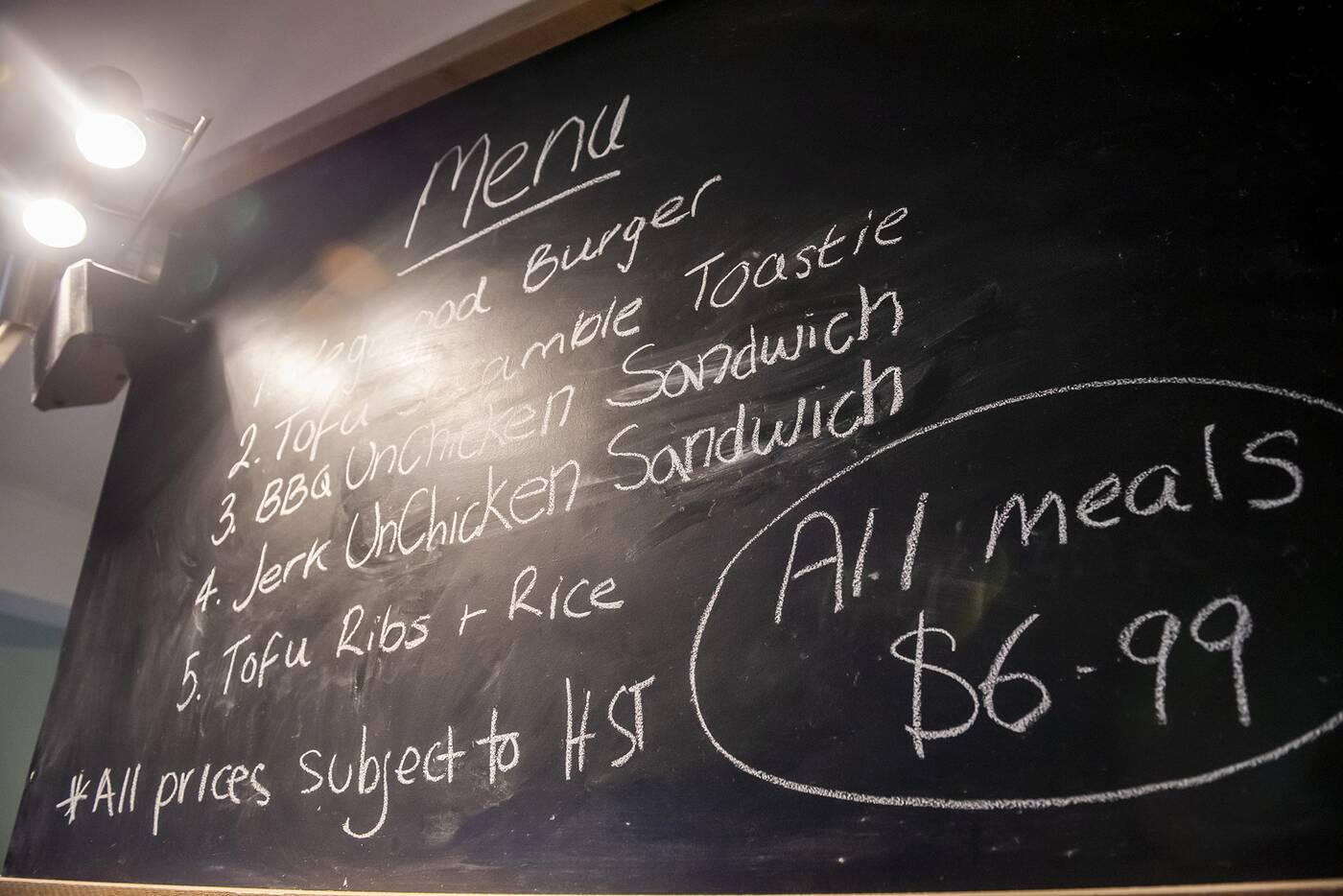 Vegwood is actually part of a Vegan Village concept, like Vegandale but engineered for Oakwood Village. 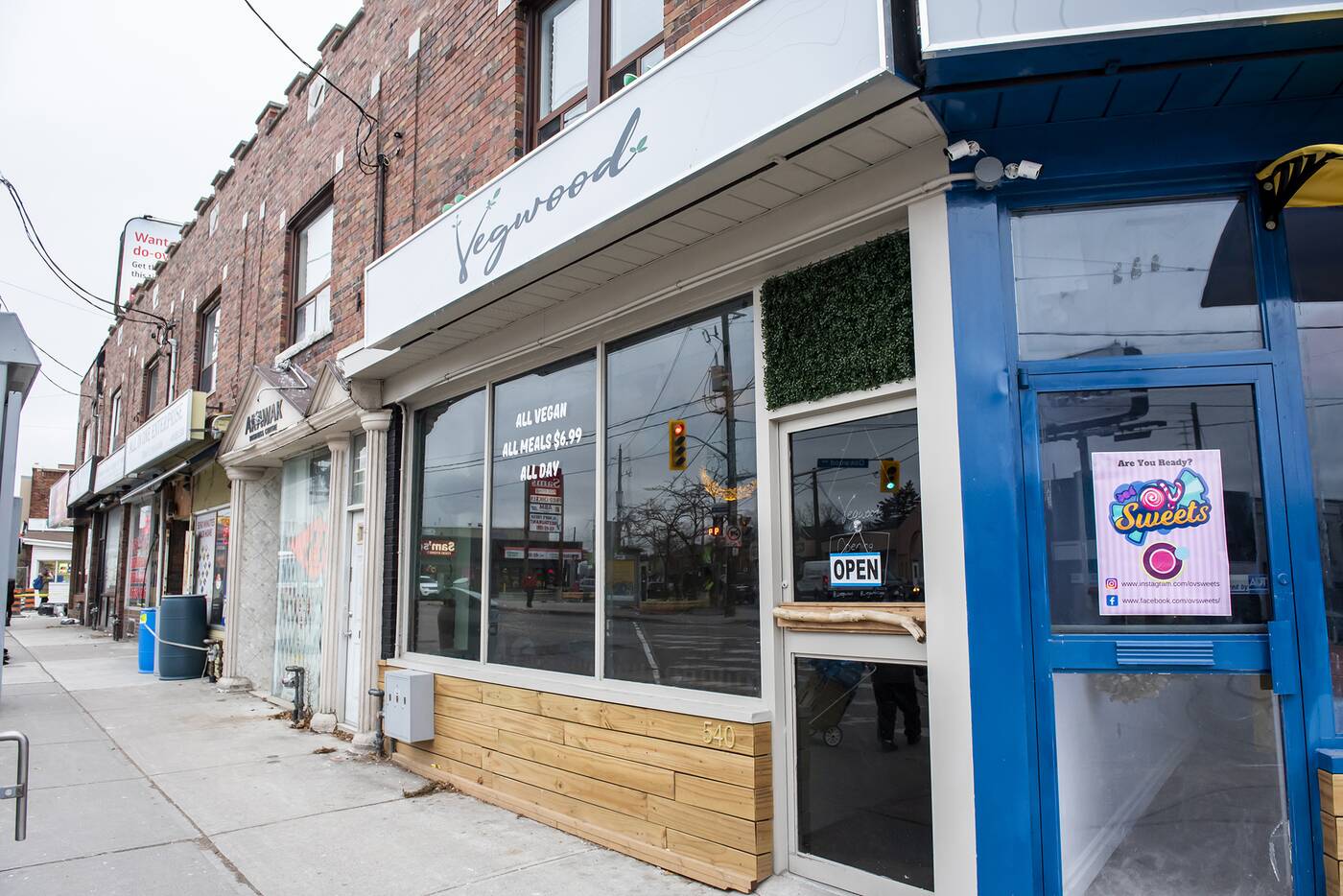