Veggie D'Light inhabits a retail storefront on Baldwin near Spadina where Hot Beans used to be. Apparently Ross Corder (former Hot Beans owner, now of Porter House ) made it a stipulation for the lease take-over that the new tenant continue to serve the vegan community.

This new entirely meat-free, egg-free, and dairy-free eatery rooted in Caribbean cuisine fit the bill to a tee. Co-owners Peter Mckenzie, Natasha Brian, and Sheilah Salvador even kept the former phone number and have naturally attracted the same local clientele. 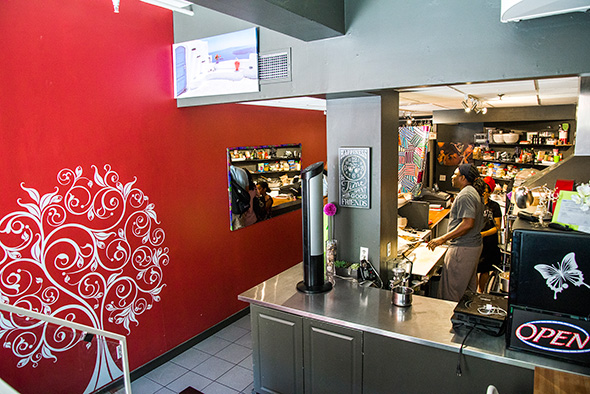 The intent is to satisfy cravings for jerk spices and curries within the constraints of a vegan diet. It's not an easy feat.

Caribbean cuisine is perilous for vegans - so many of the prized dishes are centred around stewed meats relegating vegans to side dishes alone. And even then, the seemingly meat-free foods (veggie patties for example) are traditionally made with suet or other animal byproducts. 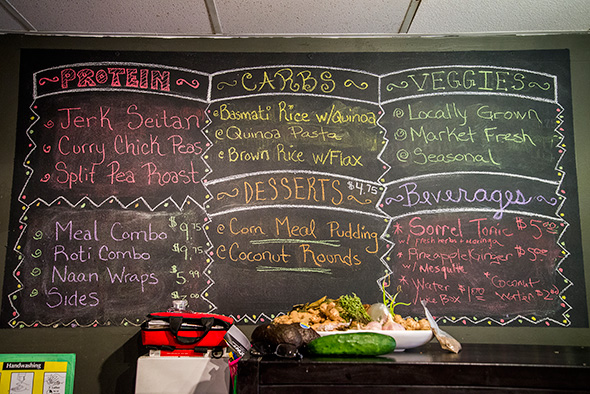 Wraps and combo plates over rice and peas are the main attraction and can be had with a choice of house-made seitan dressed in jerk sauce, curried chickpeas or moringa loaf . 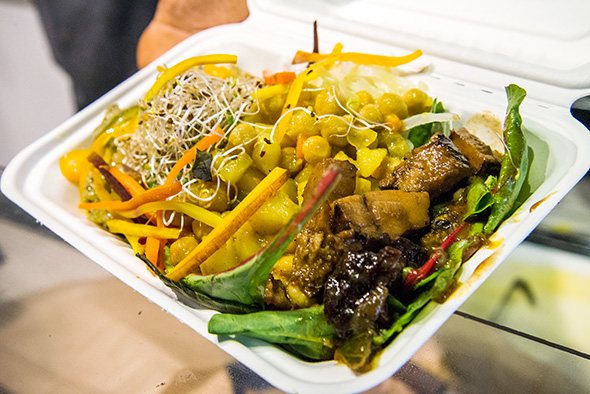 The combo plates come in two sizes - meal sized ($9.75) and a still very satisfying "small" ($6). The base is the classic combination of quinoa rice and peas, only here they stir fry it, so essentially it's "fried rice and peas." I approve.

The curried chickpeas are incredibly mild, and I can't help but wish that the veg were pickled instead of steamed. Salt and acid are missing for me, but thankfully there's a vinegary scotch bonnet hot sauce to save the day. 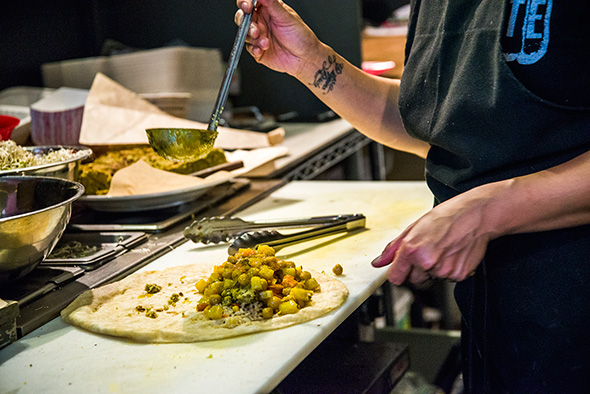 Wraps are offered with roti ($9.75), or naan ($6), and while I don't try one on my visit, the roti look especially good. The same choice of fillings in this option are packed into a sturdy dhal puri roti with a seasoned ground split pea centre. 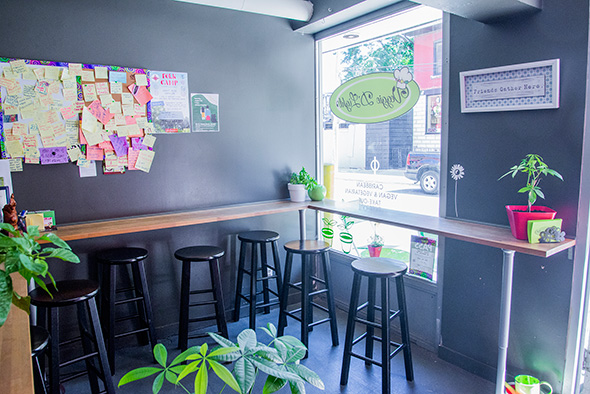 Seating inside is limited to just a few stools and couch. Take-away is the primary option. 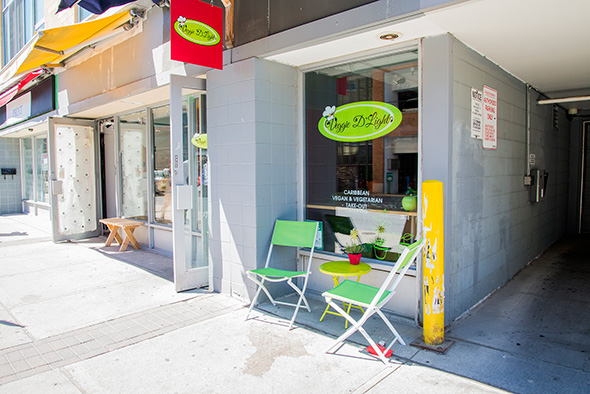