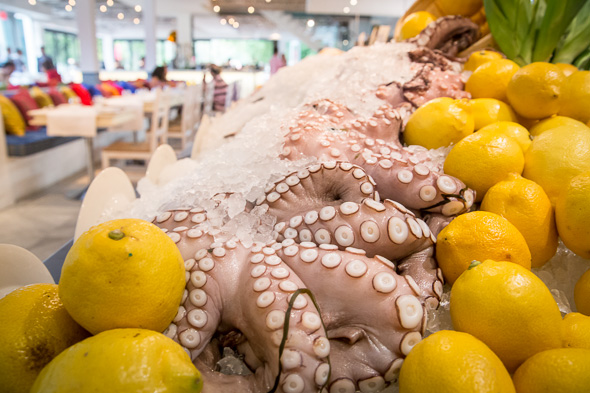 On entering there are oysters and whole fish displayed on ice and slabs of meat sizzling away on a rotating spit. If you're lucky you'll witness fiery, Montreal restaurateur, Peter Morentzos (of La Queue de Cheval ) yelling profanities in the kitchen. Don't take offense. Just consider it part of the kitchen theatre philosophy that Morentzos and partner Danny Foulidis embrace.

The menu lists familiar Greek fare though it's more compelling than just the standard gyro and souvlaki offerings. When hiring the kitchen staff, the restaurant advertised for Greek yiayias and so there's three elderly grandmas in the back working phyllo and old world recipes alongside French chef Pierre Restvo.

From the bar I sample the mojito which is muddled with mint, lime and Skinos Mastiha which is less sweet and smoother than rum. The wine list highlights numerous indigenous Greek and Mediterranean wines starting at about $45 a bottle. 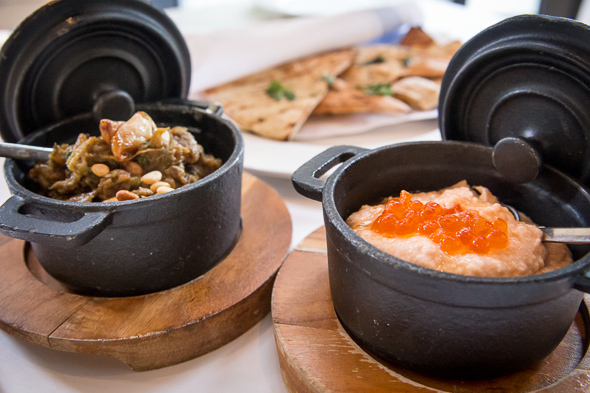 I sample cold mezze like Melitzanosalata ($8), an eggplant caviar made with dates, pine nuts and a heavy hand of truffle (I suspect oil), as well as, the Tarama ($8) which is akin to taramasalata but made with smoked salmon (instead of caviar) and topped with roe. The eggplant is especially delicious; smoky and garlicky but balanced by the sweetness of dates. The out-sourced pita was the only real shortcoming of the night; it was a pity for the eggplant to have to slum it with such dry bread. 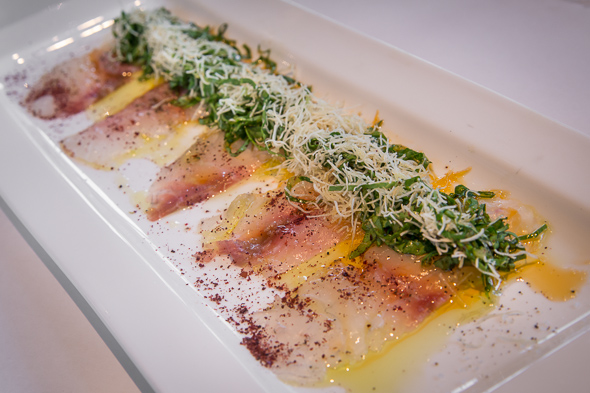 The carpaccio ($12) of sea bass is topped with chiffonade herb salad and crunchy kataïfi. It's almost too salty on its own, but our server offers a pro tip as he sets it down and with just a squeeze of lemon it all sings. 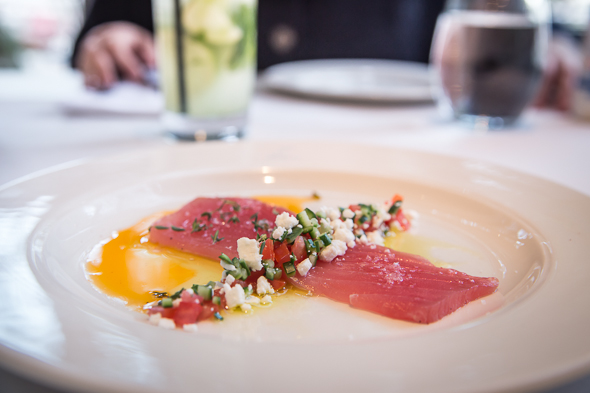 The Tuna Tataki ($15) is served gloriously raw and unworked, garnished with a fresh micro village salad. I love this dish even though the locavore in me is screaming tuna is evil . I console myself thinking that at least it's been treated with due respect. It's hardly enough to share.

I could have left happy and in a spa-like bliss after just the mezze, but the smell of meat in this place is a seductive force. I'll warn you: it's not cheap, but if you care to indulge there is the option to have a whole fish served to the table or to share in slabs of spit-fired lamb ($38/lb), suckling pork ($33/lb) or baby goat ($39/lb) served with roasted potatoes that are naturally basted with meat drippings as they're finished in the bottom of the rotisserie. 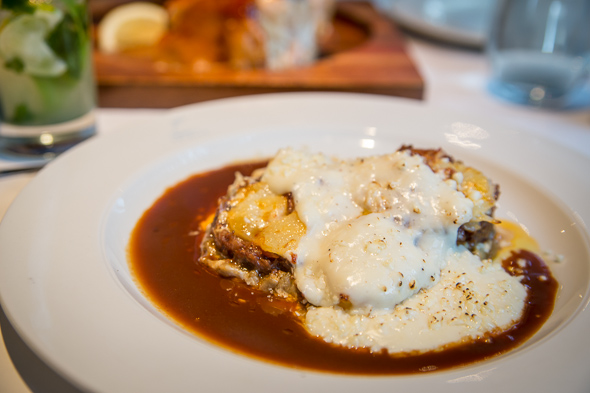 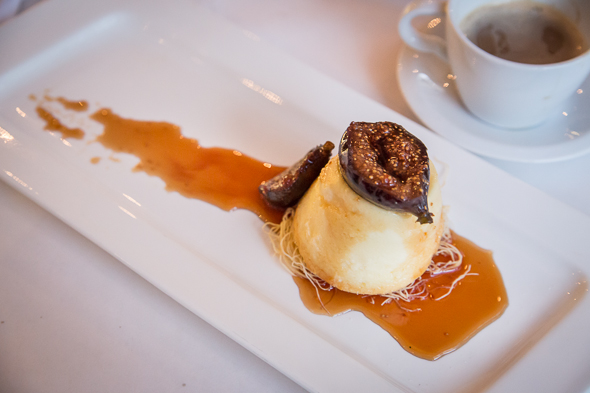 The are more than a half dozen desserts too but good luck getting there. Despite being a total sucker for salted caramel, I only managed a bite of the Feta Cheesecake ($14) paired with caramelized figs. 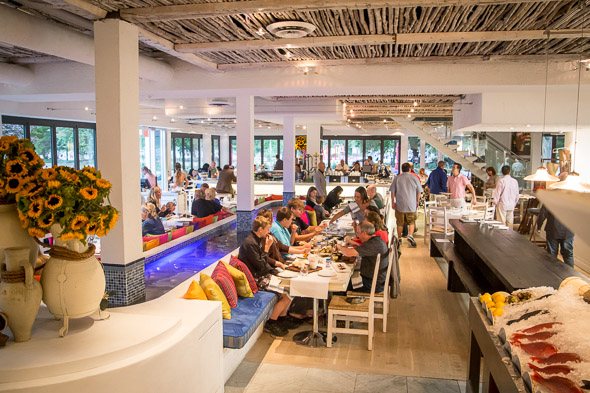 Go hungry and bring reinforcements (and someone else's credit card if you can). Trinity is open from 11:30am to midnight daily. There is a private lounge upstairs for weddings and events and the restaurant takes reservations. 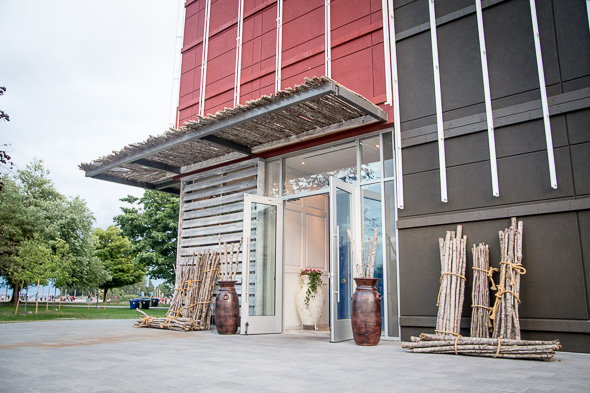