Tondou Ramen is the latest in a string of restaurants to take up the helm in what some consider to be a “cursed” location. But isn’t hot noodle soup loved by all?

Either way, they’re doing a decent job of cooking it up here. This is another good place in Toronto to try about a half dozen styles of ramen, including tonkotsu, shio, shoyu, garlic oil, veggie and spicy miso. They also specialize in Okinawa-style soba. 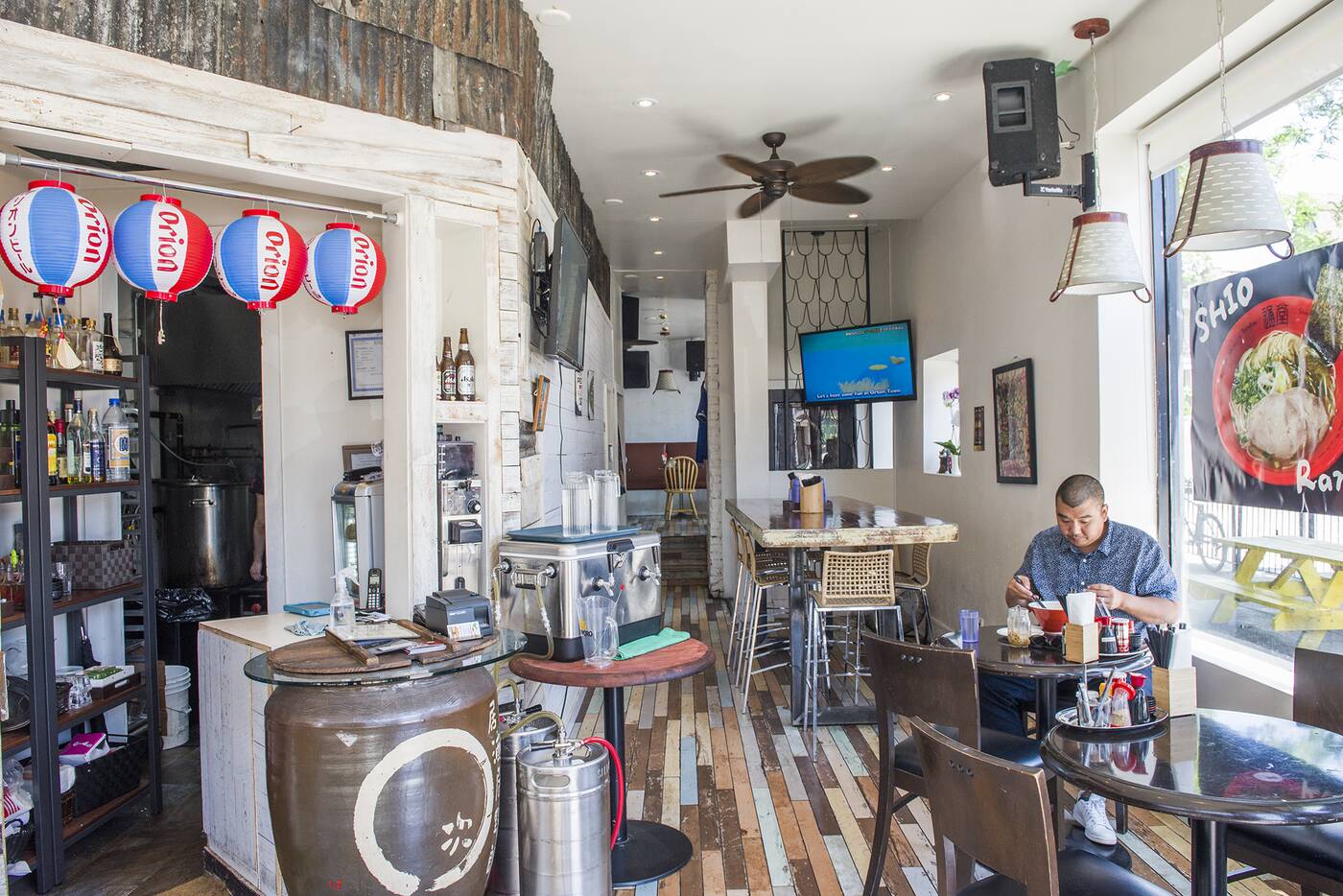 The winding interior isn’t a far cry from what it used to be in any major way, the angles of the corner spot affording views into a tight kitchen. 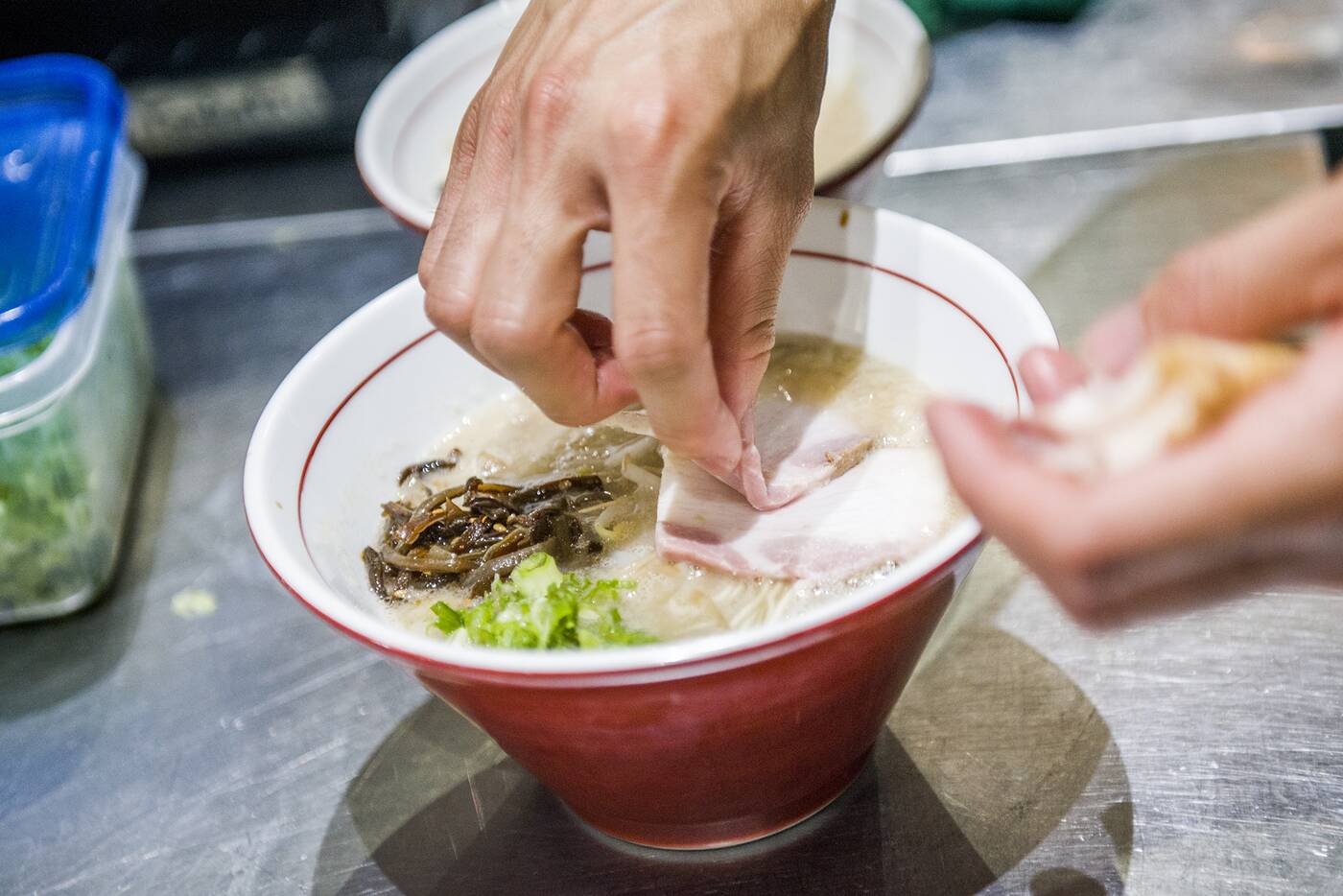 A sunnier front space is conjoined with a more private back area, funk tunes and “How Deep Is Your Love” pumping over the speakers. 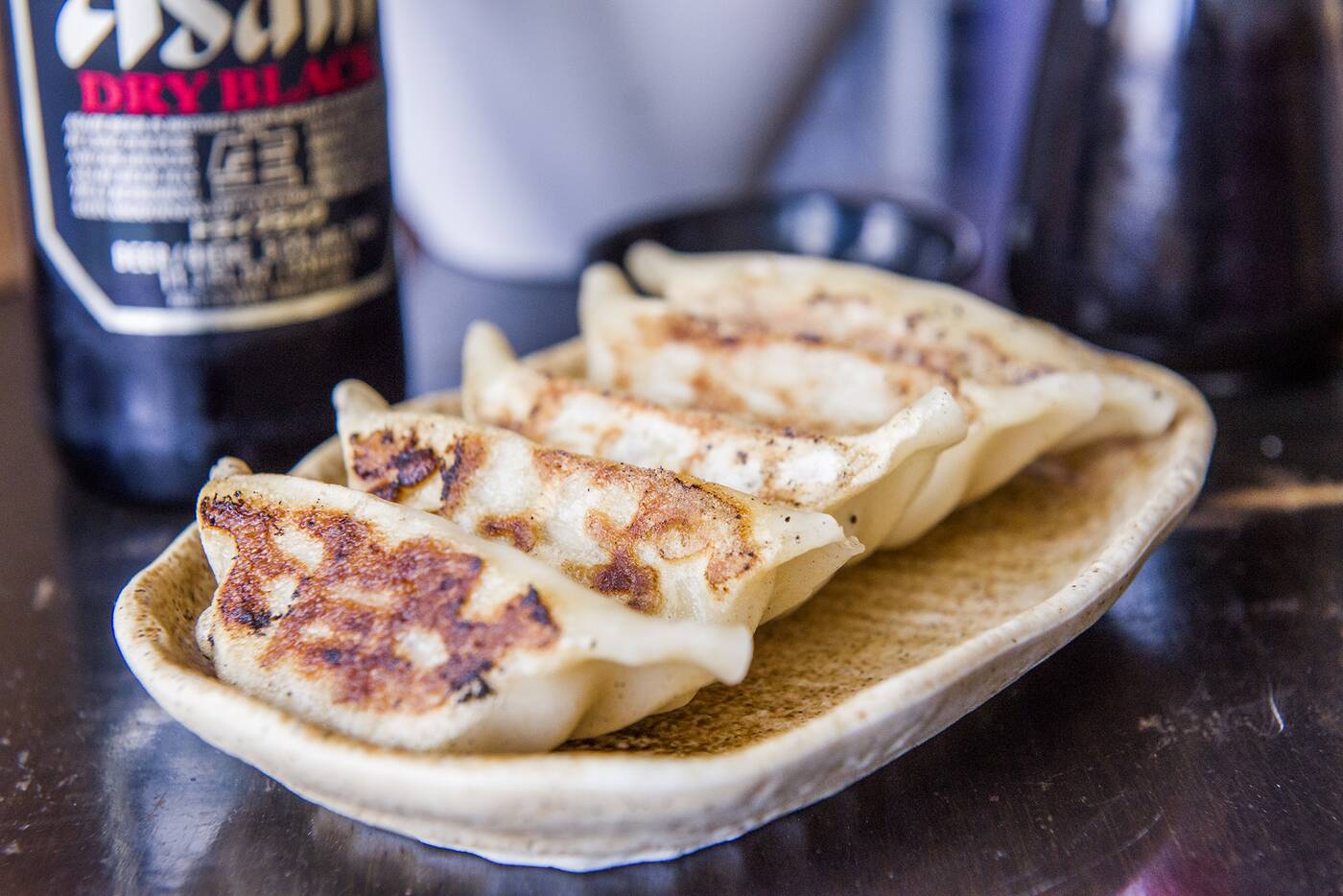 An order of five gyoza is just $4.50, stuffed with pork and pan-fried. 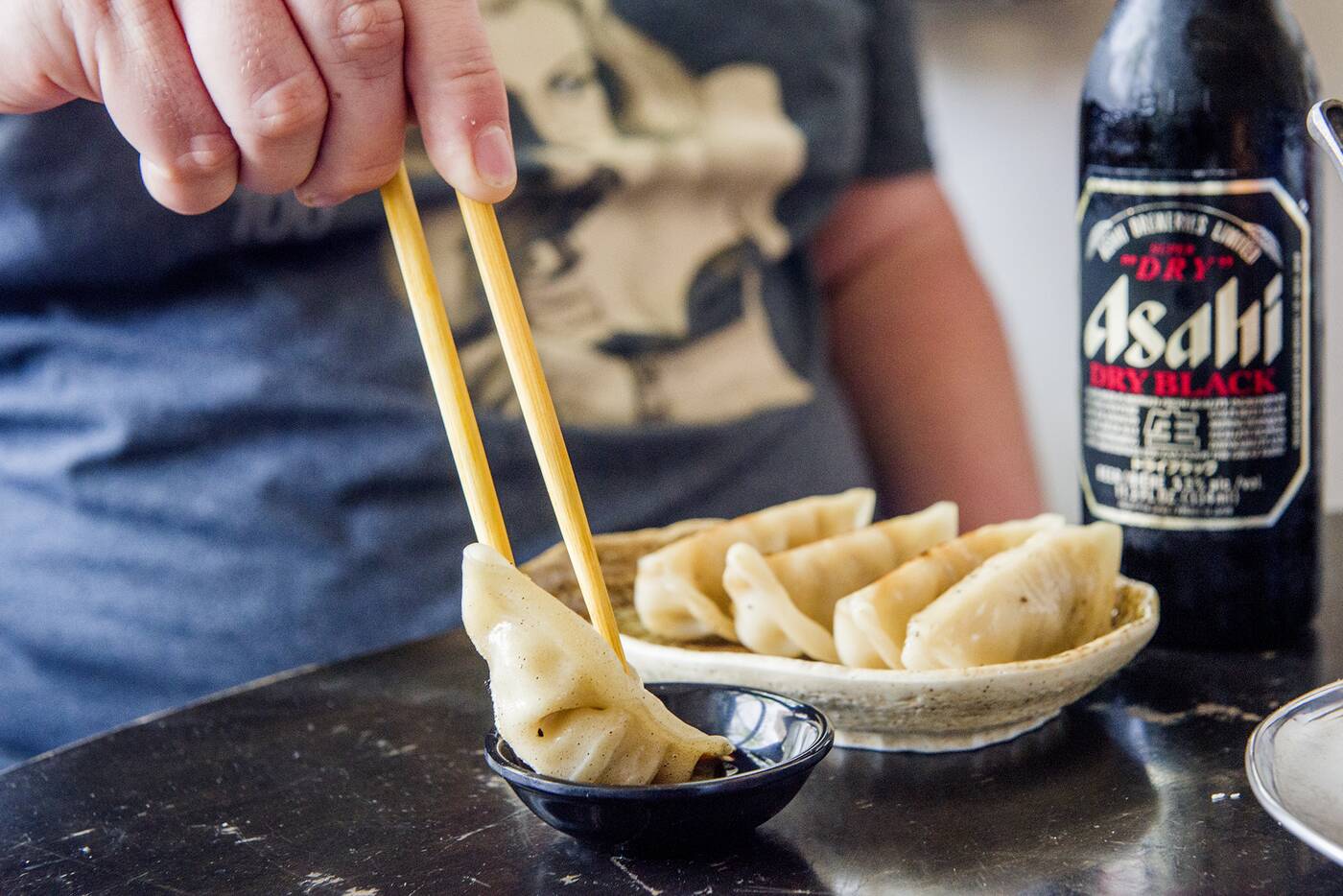 Served with soy, scallions and chili, they’re a little better than average in my view, soft with a crunchy caramelized underside, not at all chewy. 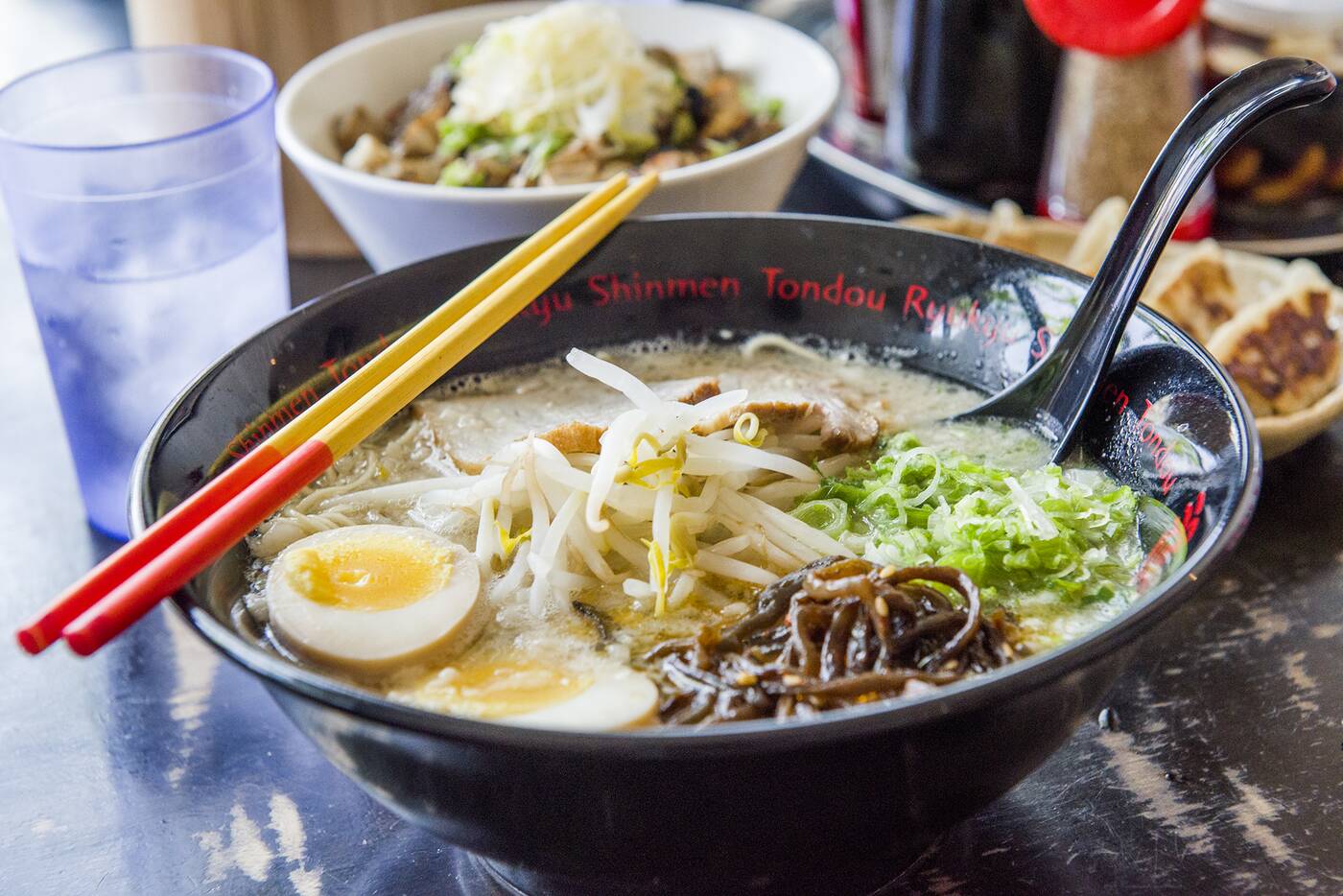 Tonkotsu Ramen ($13.50) is made with egg white noodles apparently imported from Los Angeles and a broth that takes a day to prepare with pork bones shipped from Japan. 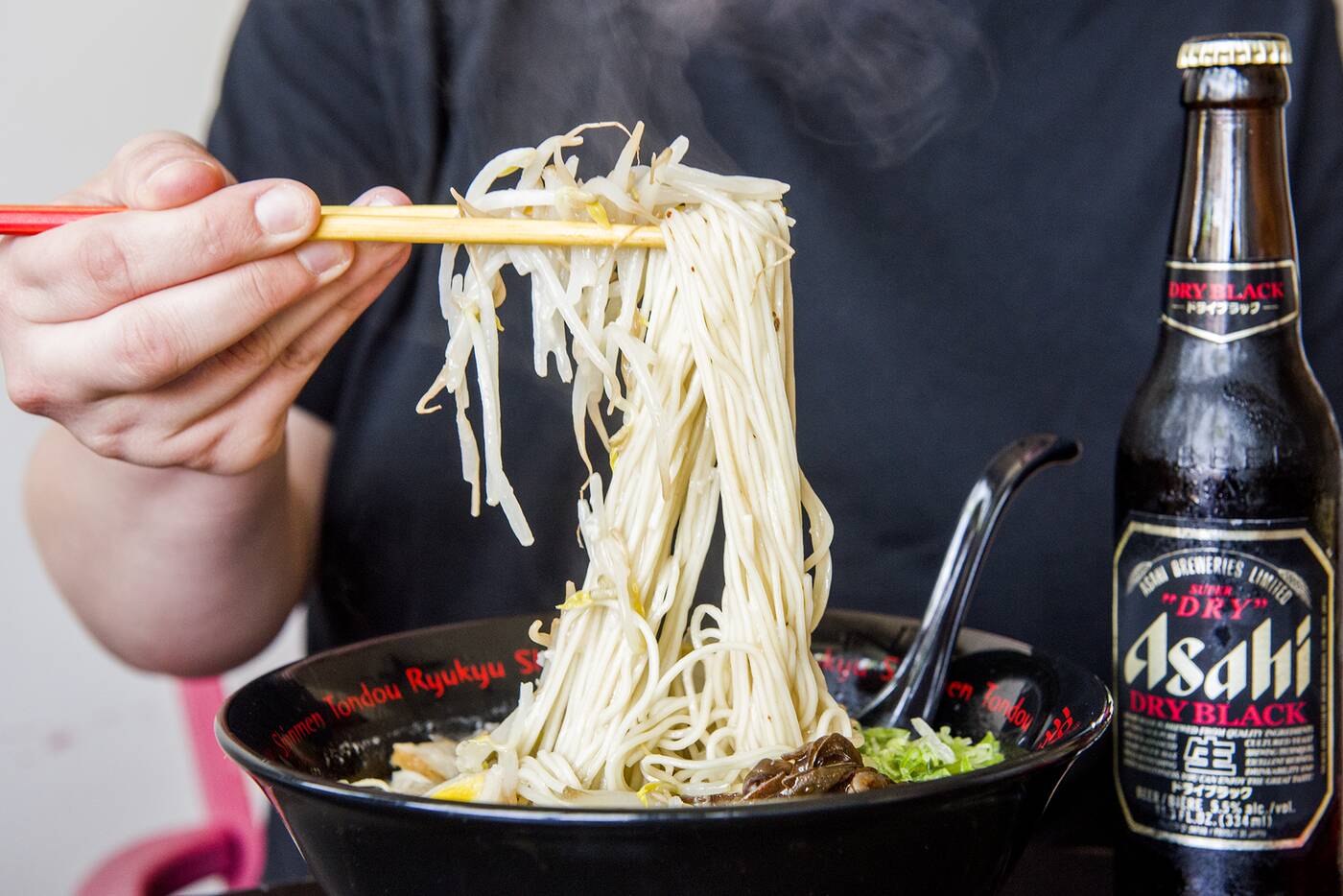 Topped with bean sprouts, scallions, kikurage mushrooms, a soft-boiled egg and relatively thick slices of pork chashu, the broth is opaque, creamy and rich yet smooth. 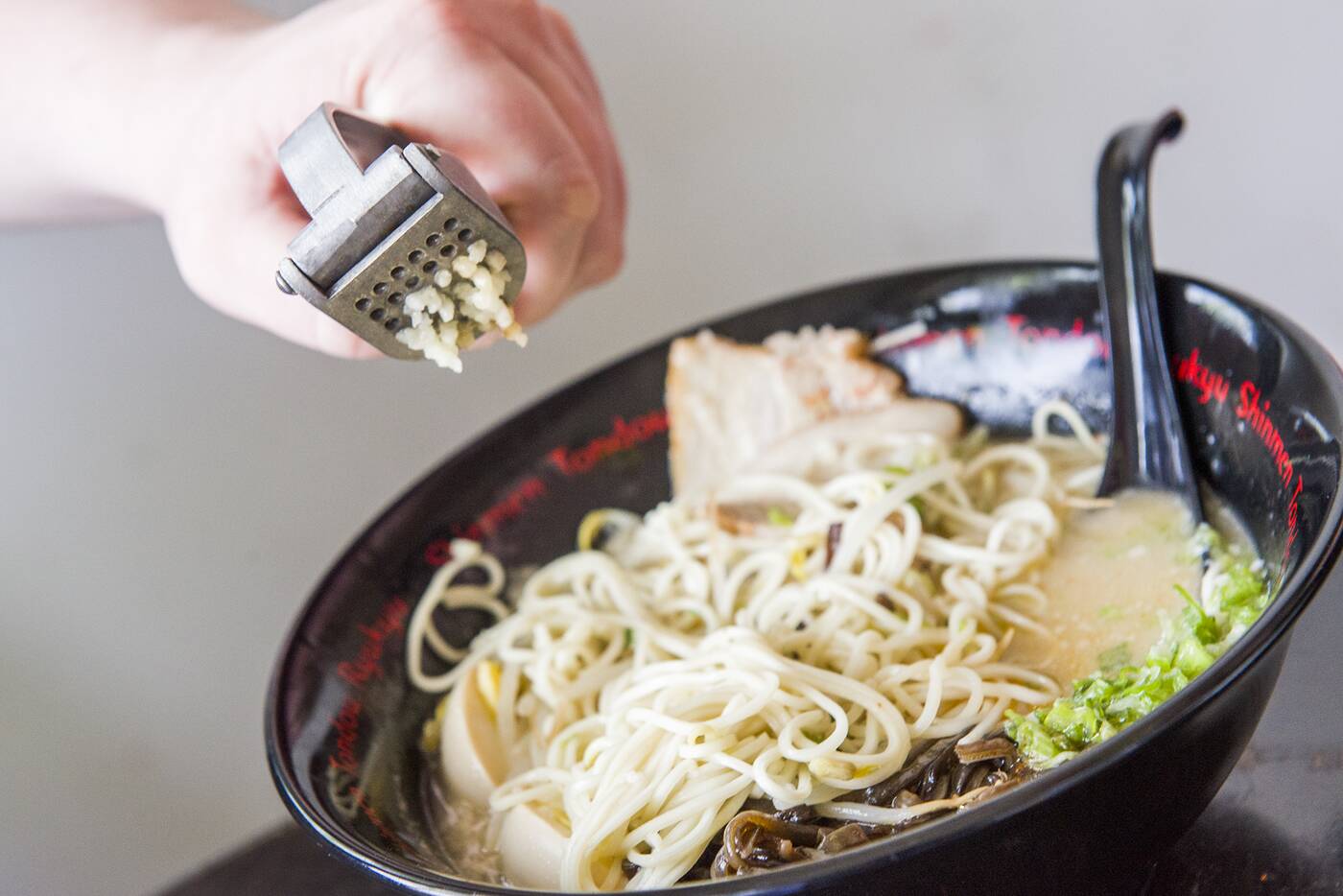 Extra toppings like fish cake or bamboo shoots will set you back $2, but mandatory additions like sesame seeds and soy-marinated garlic with provided press are at every table. 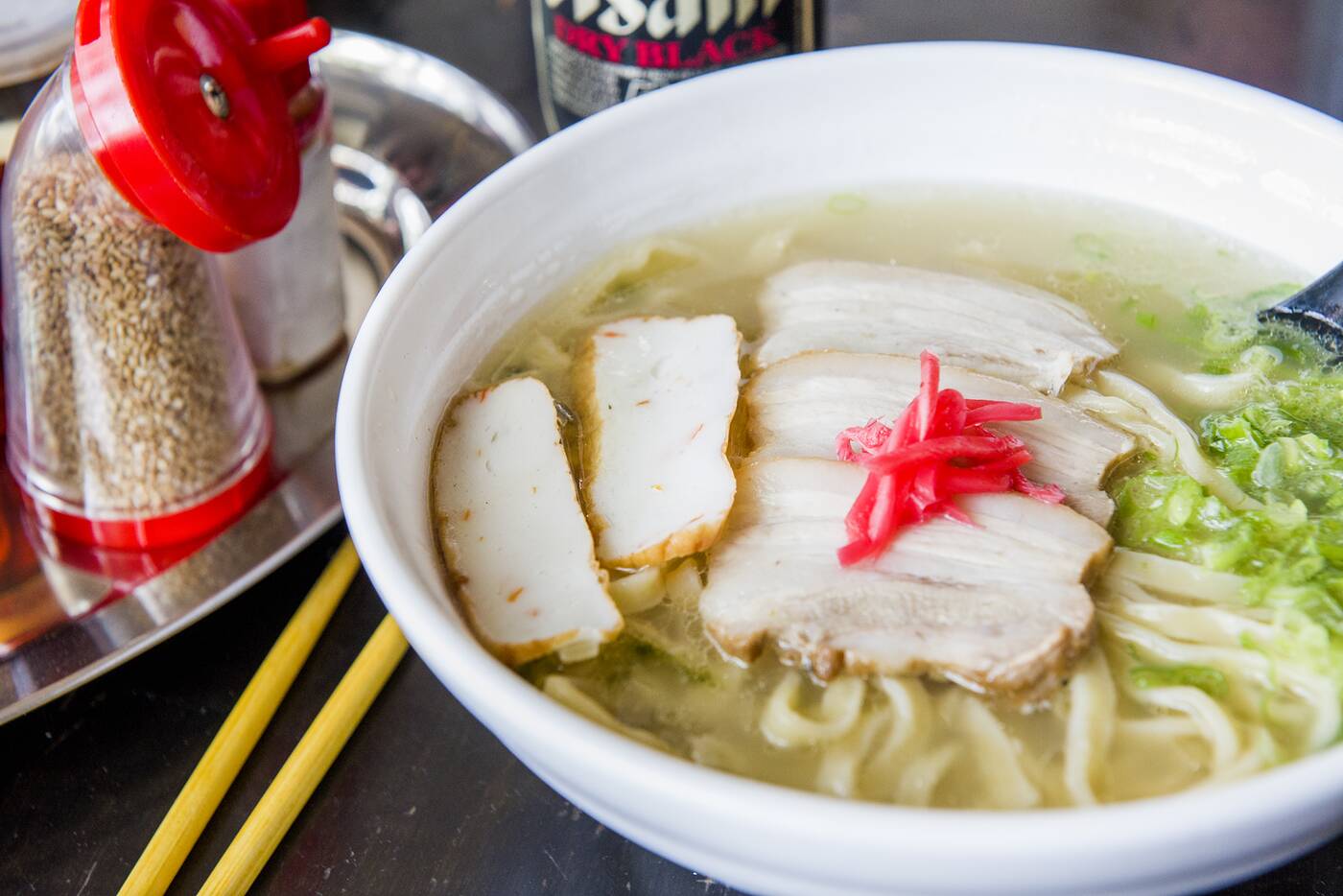 Okinawa Soba ($14.50) can be found here and not many other places. Thick soba noodles are imported from Hawaii and have a decent level of chew to them, served in a semi-clear pork and bonito broth that takes about half the time of the tonkotsu to prepare.

Topped with seasoned seaweed, scallion, pickled ginger and pork chashu (we add some sliced fish cakes), it’s served with vodka infused with chili peppers (otherwise known as koregusu) in unique Okinawa style, which of course adds spice but a slight alcoholic bite and funk as well. 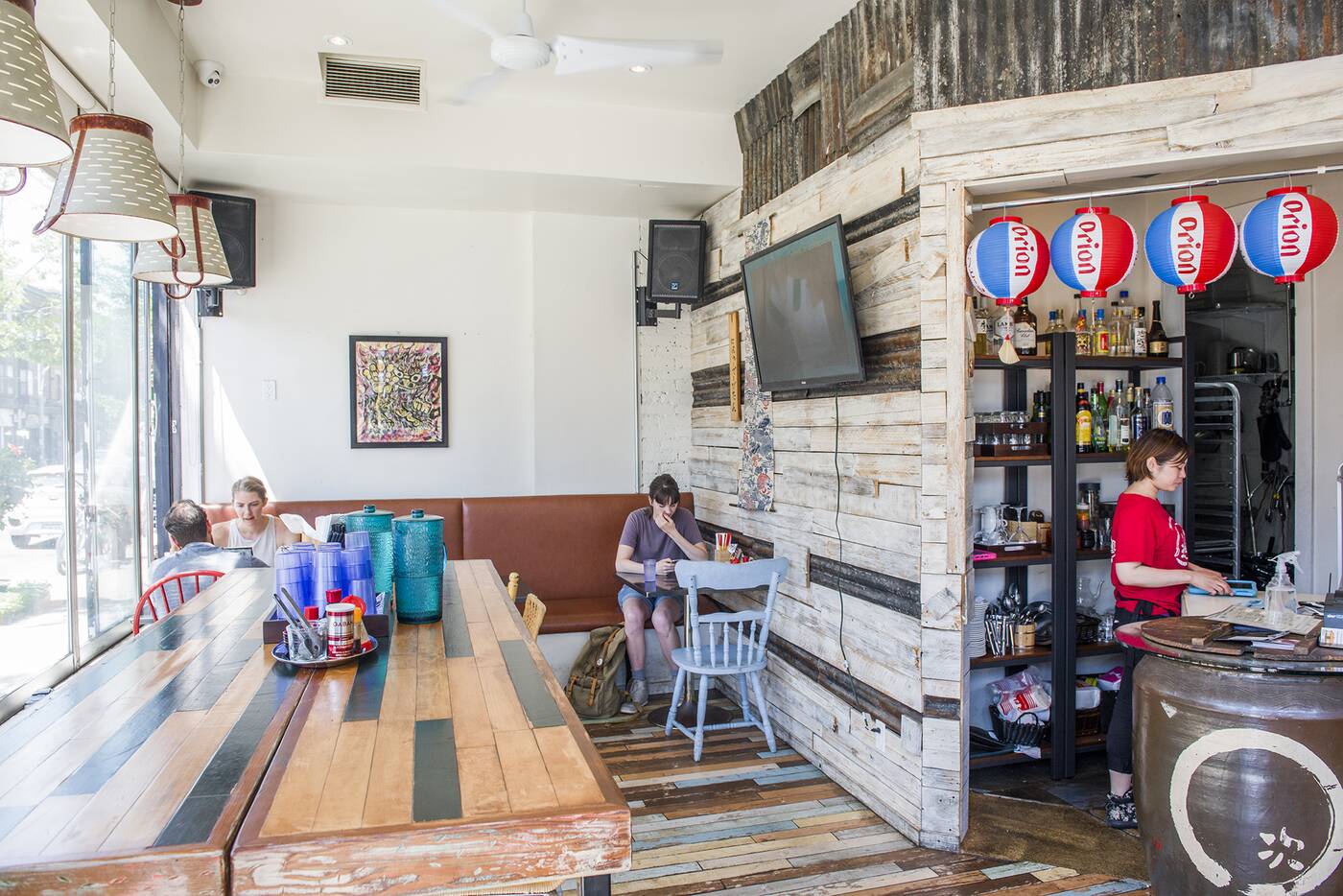 The word “Tondou” seems to be loosely related to the old name of a port into Okinawa. This appears to be the first Canadian outpost of a shop there, Ryukyu Shinmen Tondou Ramen, hopefully with more on the way. 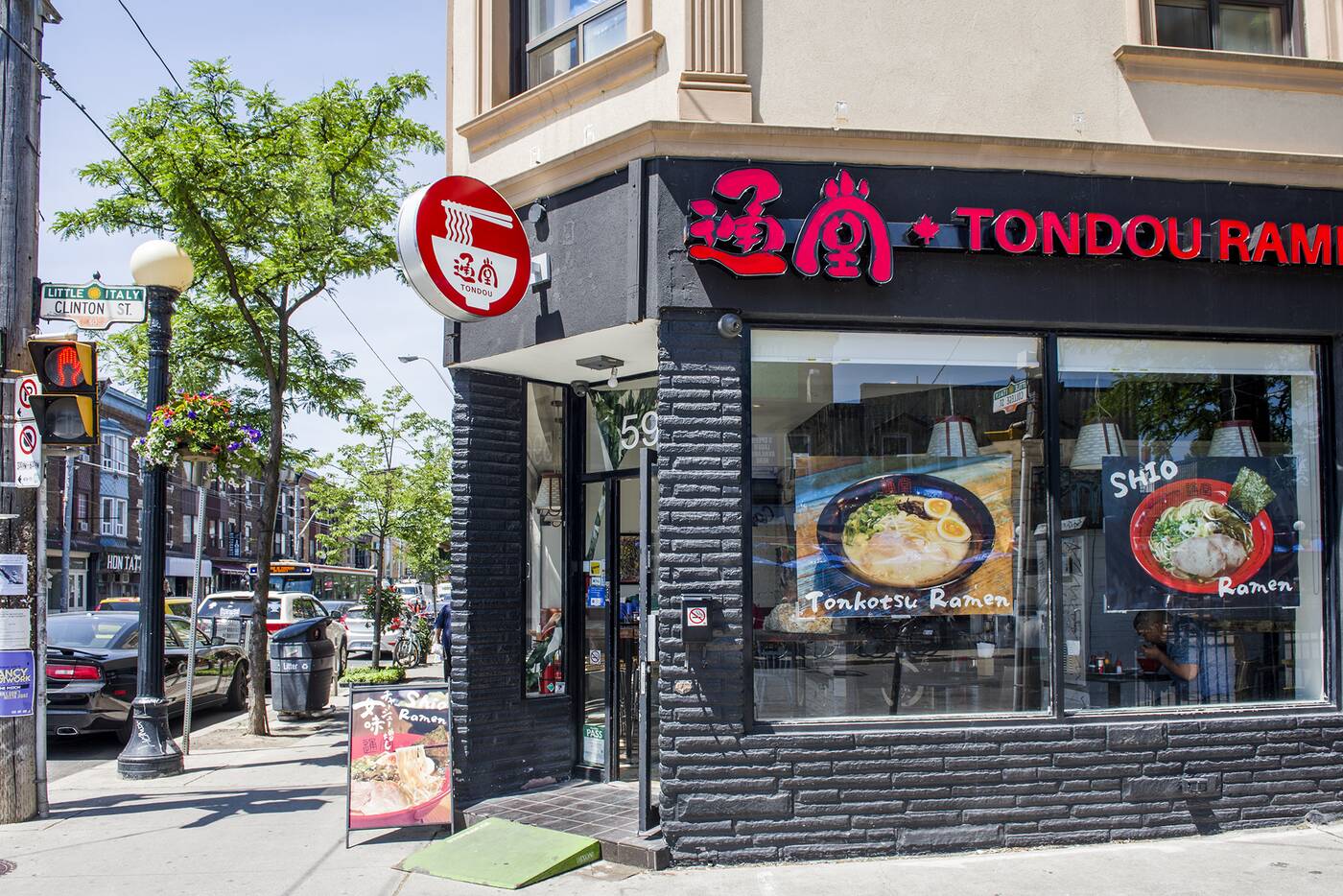